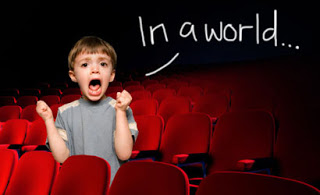 Last week, I shit the bed by not including the new RoboCop trailer. Apologies, your highnesses! Here it is. Now, please, commence making fun of it in the comments.

The Kurt Russell Rule is in full effect here. Speaking of Kurt Russell, did you guys hear he's signed on for an upcoming Fast & Furious movie? Recent speculation is that he won't be in the next installment (or, at least, he may only have a small cameo); rather, he'll play the main villain in the EIGHTH MOVIE. Uh, this just in: there will be an EIGHTH FAST & FURIOUS FILM! Back to The Art of the Steal, Stuntman Mike gets the band back together for one last score -- the Gutenberg Bible. Yeahsurefinewhatever. KURT RUSSELL!

This is probably the wrong thing to note as the very first sentence of this write-up, but of COURSE Paul Dano's weird face is in this movie. Paul Dano's weird face (hereafter referred to simply as "Danoface") was SCULPTED by aliens specifically for roles like this. Also, ISSUE: why is this being marketed as a Brad Pitt movie? Listen, I'm no dum-dum, and I get "marketing" and "name recognition" and "oh my God I could just swim in his eyes," but c'mon -- giving him top billing is kind of an INSULT, no? #disisracial Props to Chiwetel Ejiofor (a name I had to copy and paste), because he does an admirable job with difficult material -- quite a stretch from his part in Love Actually ("Oh, that's where I know him from!" -Doug).

What a weird little movie. Read this plot synopsis from IMDb: "While out on parole, Dennis reluctantly takes a job selling Christmas trees with his old buddy Rene in order to make enough money to buy his estranged daughter the piano she's always wanted." Uh, sold? Good cast (Paul Giamatti and Paul Rudd), but I'm just not feeling it. Maybe I've got the Xmas Tree Bluez.

It's hard to write a little paragraph on the trailer for this movie without giving some context as to what the heck this movie is in the first place. Rather than bumble my way through an insufficient explanation, please read this brief, informative article from Slate. Like most movie nerds, I've been looking forward to seeing the finished product ever since I heard that an "illegal" movie was shot at Disney World without the theme park's permission. Speculation and fantastical guesswork aside, this preview looks ... underwhelming (with too much post-production After Effects)? Yes, while I'm sure the final film is intriguing enough (it was invited to Sundance, and has received mostly positive reviews), I feel like we're all a little swept up in the audacity of the guerilla filmmaking, rather than the actual story/acting/photography of the movie. But, whatever. It's just a trailer! LIGHTEN UP. Oops ... I mean "LAWYER UP," because Disney, she about to sue.

People have been waiting for this little sci-fi/drama from director Jaco Van Dormael FOR YEARS. And now it's finally here. So, yay? I'm not sure why Jared Leto rubs me the wrong way (although if you give me a few hours, I'm sure I can explain it [I'll need at least 15 minutes just talk about his scarf choices]), but never mind! Because this movie looks trippy and philosophical and beautiful. So I'm in.

This one's gonna win some awards. Got a little Unbroken vibe from this preview, and that's OK! Speaking of Unbroken, apparently it will be the next film directed by Angelina Jolie. Which begs two questions: a.) how can they condense such a dense life story (ill spent youth, long distance running, 1936 Olympics in Berlin, pilot in WWII, Japanese prisoner, post-war life) into a two-hour movie? And b.) Angelina Jolie? Look, I know she's a "serious" "director" (awho didn't love In the Land of Blood and Honey?), but this feels like a misstep. Le sigh.

WUT. #dodougsjobforhim
Posted by Patrick Bromley at 11:53 AM

Email ThisBlogThis!Share to TwitterShare to FacebookShare to Pinterest
Labels: all is bright, escape from tomorrow, kurt russell, the art of the steal, the railway man, watchin trailerz with doug