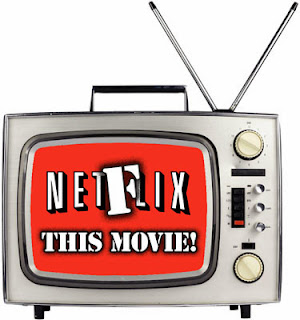 To celebrate our 50th column, enjoy this super-sized selection of streaming suggestions! 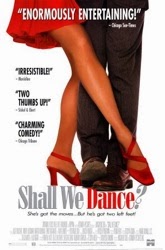 Adam Riske: Shall We Dance? (1996, dir. Masayuki Suo) My second November pick for a movie that I am thankful for is the Japanese ballroom dancing comedy Shall We Dance? It's a really wonderful and entertaining movie that perfectly captures how participating in any form of art can enrich and bring meaning to a person's life. The movie concerns a married businessman who impulsively begins taking classes at ballroom dance school (which is frowned upon in his native country) to get to know a dancer he sees in the school's window. Over time, he becomes less infatuated with the woman and falls in love with dancing itself. I'm thankful for this movie because it feels like a time capsule of my late high school and early college years, when I started ballroom dancing for a girl that I was dating. We broke up, but I continued dancing and even competed in a tournament in college. I quit when I joined a fraternity, which was a mistake. My time with dancing was really special because I felt I had to do it in secret, like my friends wouldn't understand. When the lead character in Shall We Dance? feels the same way, my heart really goes out to him. I love this movie and I'd be stunned if you didn't at least like it. After all, it won 14 Japanese Academy Awards. 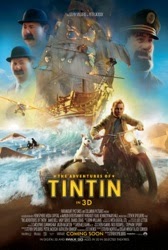 Erich: The Adventures of Tintin (2011; dir. Steven Spielberg) This movie has come up several times on the site, including the most recent podcast. As Patrick pointed out, this movie should be the greatest thing ever. Spielberg, Jackson, Wright, Cornish, Moffat—it's an insane pedigree. The end result doesn't live up to the production dream team, but Tintin is a darn fun adventure tale, brimming with pirates, secret treasure, plane peril, gunplay, and the derringest of do. It's also a technical marvel, proving that motion capture doesn't have to live in the dead-eyed uncanny valley. 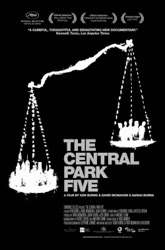 Erika: The House I Live In (2012, dir. Eugene Jarecki) and The Central Park Five (2012, dir. Ken Burns/Sarah Burns/David McMahon) I can't choose between these two great 2012 documentaries, so you should watch them both. The first is about the real cost of the endless drug war in America, while the second covers a famous rape and assault case that I might not have ever followed up on if not for this movie. I wish more people were talking about these. 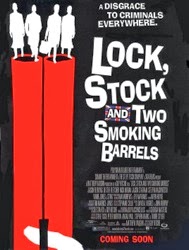 Heath Holland: Lock, Stock, and Two Smoking Barrels (1998, dir. Guy Ritchie) Over time, director Guy Ritchie has proven that he doesn't have a lot of tricks up his sleeve. I like his Sherlock Holmes movies just fine, but it seems like he keeps using the same devices over and over in different movies. It's wearing thin. His trademark brand of cockney bravado has never worked as well for me as it did on his first, smallest film. Lock, Stock, and Two Smoking Barrels was a breath of fresh air in 1998, and I'm convinced that it's Ritchie's best film. Many people would point to his next film, Snatch, as his most successful movie, but there's something raw and hungry about this debut that gives it the winning edge. The stakes are small, yet the world is populated by a cast of interesting characters that never quite feel too large for life. The humor never feels forced, and even though these men are doing some very stupid things, I still want them to make a clean getaway. And if nothing else, this was the movie that gave us Jason Statham. 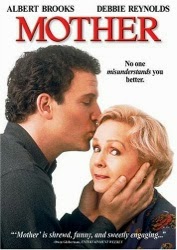 JB: Mother (1996, dir. Albert Brooks) I am a big fan of Albert Brooks and of this film in particular. Brooks realizes one day that all the problems he has ever had with women stem from his troubled relationship with his own mother. He vows to move back home again and live with his Mom (Debbie Reynolds, who was robbed of an Oscar nomination) until he can figure out the most important interpersonal relationship in his life.

Not only does the film feature this delightful premise, but writer/director/star Brooks gets all of the details right about our sometimes troubled interactions with our parents. Mother also features endlessly quotable dialogue, as most of Brooks's films do. (Upon eating some vile orange sherbet that his mother always buys in bulk because it's inexpensive, Brooks reports, "This tastes like an orange foot.") The running joke about parents of a certain age being unable to operate any sort of high-tech electronic item is priceless. 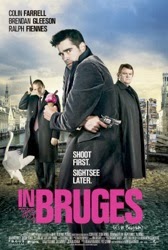 Mark Ahn: In Bruges (2008, dir. Martin McDonagh) My best friend from college and I have a bet that whoever gets married first will pay for the other guy's trip to Bruges. Sort of like a best buddies' honeymoon. Aside from our weird bromance, the reason for our love for Bruges stems from this particular movie, which contains a whole bunch of disparate elements that come together into a delightful mix of absurdist dark humor. Aside from The Rundown, if I had the ability to make a movie, this would be the movie I'd make, thick with accents, nonsensical tangents, a midget (or is it a dwarf), medieval imagery, and delicious, delicious beer. Anyway, tickets to Bruges are going fast; I'll see you guys there. 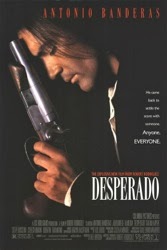 Mike: Desperado (1995, dir. Robert Rodriguez) Let’s take a minute to remember a time when Robert Rodriguez wasn’t the worst. At one time he made really fun movies, and for my money it gets no better than Desperado. It has a great soundtrack, ridiculous action, a GORGEOUS Salma Hayek, and “the biggest Mexican I’ve ever seen.” 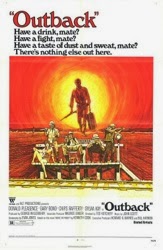 Patrick: Wake in Fright (1971, dir. Ted Kotcheff) Long unavailable in any format but rescued last year by Drafthouse Films, Ted Kotcheff's cult classic (also released under the title Outback) is a nightmare movie about a schoolteacher who spends a lost night of increasingly drunken violence in the Australian outback. The movie has drawn criticism for the now-famous kangaroo hunt sequence; if you can look past that, there's a great portrait of masculinity and madness lurking just underneath.
Posted by Patrick Bromley at 7:45 AM