Riske Business: The 10 Best Chanukah Movies of All time 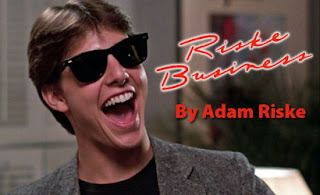 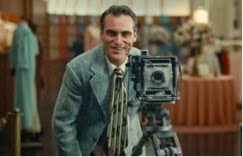 9. Spin the Dreidel
Director: Ivan Reitman
Cast: Joaquin Phoenix, James Franco, Rashida Jones, Alison Brie
Tagline: This Chanukah, Mr. Katz will need more than 9 lives.
Plot Summary: Benjamin Katz has always been the King of Chanukah in peaceful Buffalo Grove, IL. But this year someone else is vying for the crown.

7. Festival of Lights
Director: David Cronenberg
Cast: Ben Foster, Melanie Laurent, Jon Bernthal and Harrison Ford as Coach Silverstein
Tagline: Put on your yarmulke. Plug in the menorah. Say your prayers.
Plot Summary: An escaped lunatic, locked away since his Bar-Mitzvah, is loose and on his way to the Jewish community center championship basketball game.

6. Big Night
Director: Kar Wai Wong
Cast: Tony Leung Chiu Wai, Jackie Chan, Ziyi Zhang, Li Gong, Rachel Weisz, Natalie Portman, Joseph Gordon-Levitt, James Caan
Tagline: A night about food and tradition.
Plot Summary: A re-imagining of the 1996 film, two Chinese brothers prepare for the opening of their Chinese food restaurant on Christmas night in a heavily Jewish-populated area. (Note: This is not a stereotype. Jews have gone to the movies and out for Chinese food on Christmas for 5,000 years.) 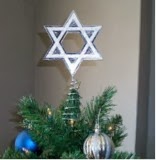 5. The Spectacular Christmas Disaster
Director: J.J. Abrams
Cast: The kids from Super 8, Cole Hauser, Sarah Michelle Gellar
Tagline: Breakdown, takedown. You’re Busted.
Plot Summary: Little Moses is the only kid in town that does not celebrate Christmas. He needs it more than ever this year. And he’s going to throw his own Christmas come hell or high water….or before mom and dad find out! Based on a failed novel attempted by Adam Riske at a Starbucks in 2005.

4. This is Chanukah
Director: Seth Rogen and Evan Golberg
Cast: Seth Rogen, Jay Baruchel, Jonah Hill, Jason Segal, Martin Starr, Harold Ramis, Richard Dreyfuss, Ricky Jay, Michael Douglas, Alan Arkin, Kirk Douglas
Tagline: A sorta-better sequel to Knocked Up
Plot Summary: The buddies from Knocked Up get back together and decide to spend Chanukah together (with their dads!) at a dude ranch a la City Slickers. 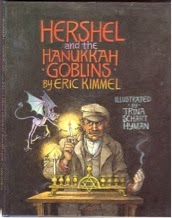 3. Hershel and the Hanukkah Goblins
Director: Sam Raimi
Cast: Liam Neeson, Martin Landau and Sean Penn as King of the Goblins
Tagline: Hershel has a very specific set of skills.
Plot Summary: Based on an actual book Adam Riske used to read when he was a kid written by (Eric Kimmel), Hershel and the Hanukkah Goblins concerns a group of hobgoblins that are determined to ruin Hanukkah for a town of poor villagers. Every year the goblins blow out menorah candles, destroy dreidels and throw the potato latkes on the floor. That’s all going to change because Hershel of Ostropol is about to put in work. 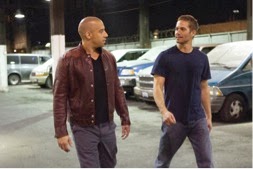 Why do you think there are no Chanukah movies? Do you have pitches? Please share. I would love to read them.
Posted by Patrick Bromley at 12:11 PM