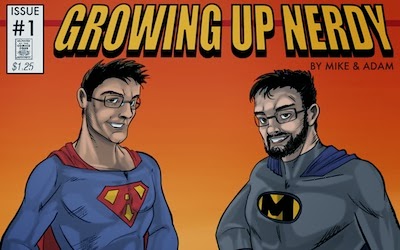 Hey everybody! It's Mike and Adam Thas! Welcome to our new advice column for kids: Growing Up Nerdy!

Here at F This Movie!, we know how hard it is to be a kid. When you’re 10, 11, 12 years old, things start to…change. Your body, your personality, your feelings about other boys or girls. They are weird and confusing times. Maybe you don’t want to seek advice from your parents or siblings or aunts and uncles – too embarrassing – so you turn to movies to give you answers to some of life’s questions.

Well, you can now use Growing Up Nerdy to help point you in the right direction! Growing Up Nerdy (or G.U.N) is made up of best friends and big-time nerds, Mike and Adam Thas. While we may be in our mid-thirties, we act and think like 12-year olds. We’re here to answer your questions and to dish-out movie related advice to help get you through those tough years and maybe learn something along the way.

Dear Growing Up Nerdy,
I want to watch my first horror movie, but I’m not sure where to start. Any suggestions?

Mike: Yikes, this is a tough one. My real introduction to horror films was when I was probably 11 or 12 years old. My sister had rented A Nightmare on Elm Street 3: Dream Warriors on a Friday night. The next night I had a sleepover with Adam and some of our other friends at my house. My sister forgot to return the video that day, so when my family went to sleep that night, we watched our first Freddy movie.

When it was done, I was hooked on horror. It had everything I wanted: it was gory and really goofy. Freddy had one-liners that at my age were HILARIOUS. It was so much fun (partly because it felt like we were getting away with something watching it) and I’ve been in love with the genre ever since. It’s hard to recommend a first scary movie, because you don’t know what it is that will draw you to more and more scary movies in the future. Maybe you’ll like ghost stories, or monster movies. You might dig horror comedies or you may prefer slasher flicks. It’ll be trial and error, and believe me -- you’ll run into a lot of error. If I had to pick one movie for a kid to start out with, maybe I would pick something a little less…adult than Nightmare 3 (we had no business watching it) and recommend something like Monster Squad or Gremlins. They’re sort of entry-level scary movies, both funny and light at times, while also being genuinely scary and gross at other times. They’re a blast. How about you, Adam? 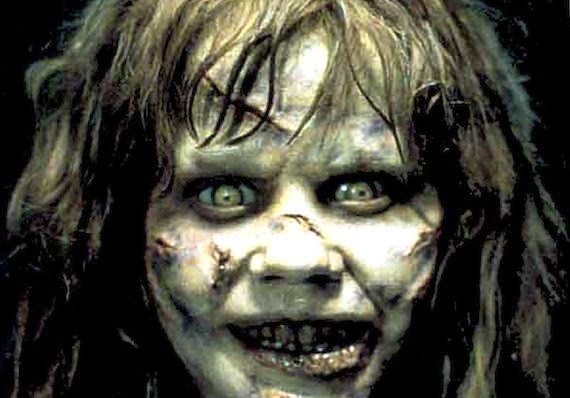 Adam Thas: Listen, here’s my motto… go big or go home! Start out with the really scary stuff first! Just tear the damned band-aid off and suck it up. Go with The Exorcist, the scariest movie going experience of LIFE! Mike and I rented that movie in middle school and had to pause it several times.  I shit you not: I went to Mikes house the day after we saw that movie, and he had taken every crucifix in his entire house and put it in different parts of his room. That probably doesn’t sound like a big deal, but his mom is old school Italian so there may have been 35 crosses hanging around his room, from little plastic ones to the full-out wooden and brass crucifixes. It was like a Chuck E. Cheese ball pit of crucifixes.  Do it -- watch The Exorcist with a few close friends. You can tackle any horror movie after that. You can fully experience the glory that is the horror movie genre knowing you’ve been to the top of Everest.

Dear Growing Up Nerdy,
I’m a big fan of your column. Whenever I see a movie at a theater, I seem to always have to pee in the middle of it. Problem is, I don’t want to miss any part of the movie. Any advice?

Mike: That’s a great question, Paul. I guess if you wanted to, you could get those stupid apps that tell you what parts are okay to skip in a movie so you can pee, but honestly if you get to the point where you need an app for that, it’s probably time to see a doctor. Of course, you could drink less while at the theater, but that sucks too. So where does that leave us? Let me tell you a little story about 10-year old Mike…

My parents took me to the movies because they went to see something. I don’t remember what it was; all I remember was that it was NOT WHO FRAMED ROGER RABBIT! I had seen WFRR a few times already by that point, but I couldn’t get enough and it was playing at the same theater. So my mom and dad bought me a popcorn and pop and sent me on my merry way to Roger Rabbit while they saw whatever it was that they saw. Pretty early in the movie, having already sucked down a third of my pop, I had to pee. Fuck. The way I saw it, I had two options: 1) Put my drink down and go to the washroom, missing precious minutes of WFRR. Or 2) Pee on the floor.

I didn’t take long to decide which the better option was. Lucky for me the theater wasn’t very crowded, so I moved up a few rows (I wasn’t going to pee in MY row. Gross.) I unzipped my pants, leaned down and urinated all over the floor. When I was done, I calmly zipped up and went back to my seat. Unfortunately, for whatever reason, that Coke did a number on me because I wound up pissing on the floor three times during Roger Rabbit. But I didn’t miss a frame! 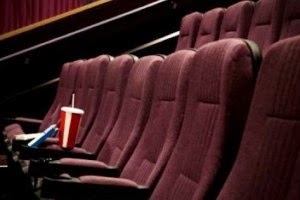 Adam Thas: …Wait did I read this correctly? You peed...in a theater…during a Disney movie? I need to really rethink doing this column with you.

Mike: Did you not read the part where I said I saw Who Framed Roger Rabbit? What choice did I have????

Adam Thas: Seriously, though, how am I going to top that? Usually when I go to the movies, I avoid getting a drink.  I mean, at that point you are just asking for it. The drawback is that then you need to stay away from the salty foods like nachos and most popcorn. So you need to ask yourself what’s important, seeing the movie all the way through or having a salty snack?  It’s a tough choice, so choose wisely. Not all of us can just pee in the middle of a theater. My advice? Don’t “Do the Dew.”

I have very strict parents. They block most of the internet, especially any website with "Sexual Content." How did you guys ever learn about girls before the internet?

Adam Thas: First off, HH, let me say that I feel your pain. Parents clearly don’t know when to stay out of the way. If you get to a certain point in your life and have never seen a boob before on a screen, what’s going to happen when you finally see one in real life?  I’ll tell what will happen: you’ll freeze up, go cold, lose your edge! Nobody wants that, and I don’t want it for you, so allow me to bestow some sage-like advice on a younger generation.

Growing up in this world of the internet, things are so much more accessible that young adolescents that they have lost the craftiness to find a truly remarkable movie that allows you to explore this new side of your growth into a young adult. First place I’d go? Flea markets. Flea Markets are a gold mine for movies and old guys who don’t care who they sell them to. Now, what you have to be careful of is something that sounds too “hardcore” or has an obvious label on it lest your mom finds it while cleaning your room. Make sure you find a movie that doesn’t have a dirty name. 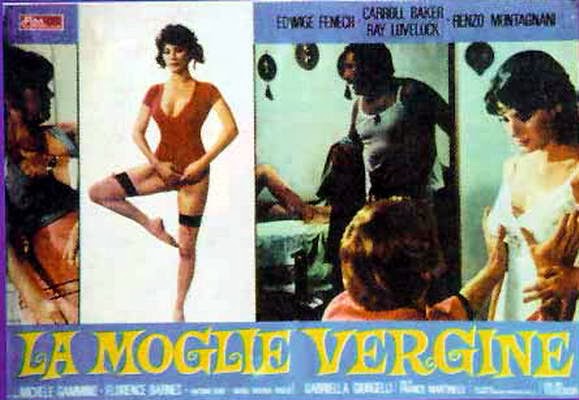 Years ago back in middle school, I went to this ancient place called “Blockbuster” and with the help of my friend and collaborator Mike searched high and low for a movie that sounded legit. Enter You’ve Got to Have Heart (also known as At Last, At Last or La Moglie Vergine). Mike took it off the shelf at Blockbuster, we gave it to my dad and he rented it no questions asked. SCORE! It was everything two 12-year olds could have hoped for. Heck, even the trailer at the beginning delivered. God bless Italian cinema! I learned a lot that night from Marino Girolami’s tale of romance than in the previous four years of health class!

Mike: Adam, I couldn’t have said it better myself. I’d also like to offer some hope to young HH. When Adam and I were young, 13ish I’d say, we would walk every week to the local comic book store to spend what little money we had. One beautiful fall afternoon, Adam noticed what looked like a VHS tape under some leaves along the path. He pulled the tape out and the label on the front said: Dirty Girls. Adam and I looked at one another, never saying a word, yet saying so much with our locked eyes. Could this be what we think it is? We dashed to my house where I had a VCR in my room, shut the door behind us, and confirmed that the video was EXACTLY what we thought it was. While in the grand scheme of things it doesn’t compare to the birth of my children or my wedding day blahblahblah THIS WAS THE GREATEST DAY OF OUR LIVES!!!!

Hope you enjoyed the column. Hope we expanded your knowledge and helped guide you to that big old comic book in the sky! Excelsior, G.U.N. Nuts!
Posted by Patrick Bromley at 7:43 AM

Email ThisBlogThis!Share to TwitterShare to FacebookShare to Pinterest
Labels: growing up nerdy, the exorcist, who framed roger rabbit