Drunk on Foolish Pleasures: Five Things I Noticed While Watching A Hard Day's Night for the 186th or 187th Time

Of course, you should all go out and purchase the new Criterion Collection Blu-ray disc of A Hard Day’s Night, BUT…

A Hard Day’s Night is a film I know in my bones—as a film buff, a film teacher, and a dyed-in-the-wool Beatles fan. Indeed, every Fest For Beatles’ Fans begins with a screening of the film in the host hotel’s grand ballroom. A Hard Day’s Night may be the film I have seen the most in my life: on black and white television as a child, interrupted by countess commercials; in movie theaters; in fan convention ballrooms; in classrooms; and even on CD-ROM (that now-forgotten foray into new media put out by the Voyager Company in the late 1990s.) I sometimes think my Neanderthal ancestors made cave paintings of four running, shaggy-haired lads. 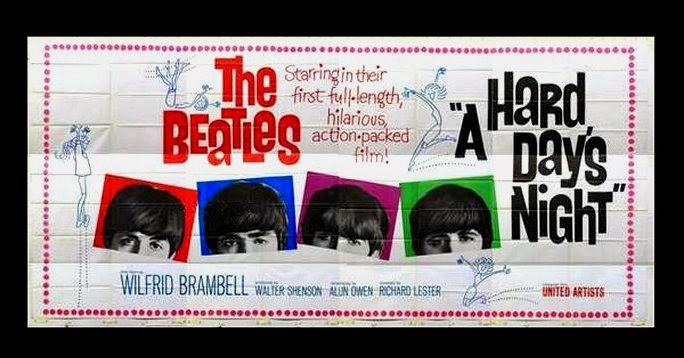 So the new Criterion Blu-ray is a welcome new version of the film.  As for the previous DVD release, the less said the better. As a “quibbler,” there is one aspect of this new disc I am not happy with at all, no siree; however, I will get to my quibbling later. First, some initial reactions:

1. Gone is the opening title “A Walter Shenson Production.” I guess the minute Shenson passed, someone felt that his title card could be cast aside. I have grown accustomed after many decades to the film opening with those familiar white letters on a black background, before that famous guitar note of the title song begins the film proper. I wonder—was it director Richard Lester who asked for this particular deletion? It was Lester who approved the final transfer and framing, and in the informative booklet that accompanies the disc, he seems to rankle when he recounts that Shenson was entitled to 50% of the film’s profits, making him a millionaire many times over. As a sporting gesture once the film’s success was assured, Shenson gave Lester 1% of his share. Gee, how could Shenson afford to be so generous? 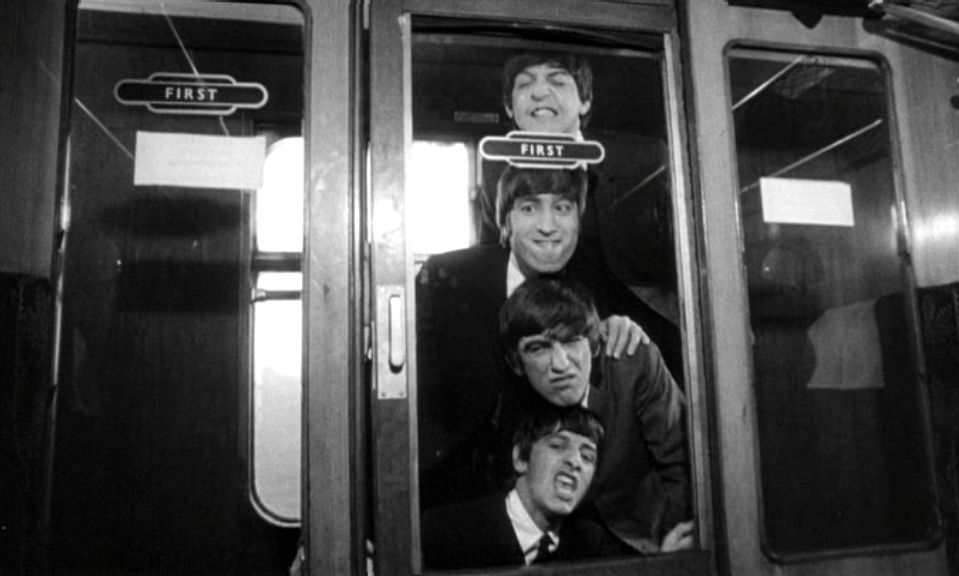 2. The improved definition makes George’s fall during the opening credit sequence seem even more painful. The clarity of the new 4K transfer of the original camera negative is nothing short of stunning. George falls like a bag of concrete, and then Ringo stumbles on top of him. John looks back and laughs. George gets up, grabs his wrist, and continues running towards the camera, all the time rubbing his wrist. Ouch. You know, he had to play guitar with that hand…

3. Re-watching the film, I grew impressed by how often director Lester decided to use a take with an imperfection. There’s George’s aforementioned gainer onto the pavement, the shot of the insufferable man in their train compartment putting his hat on the rack and missing, and the shot of George leaning in during “If I Fell” and knocking the amp off its rack. I could go on and on, but I feel it is the feeling of spontaneity created by including these accidents (as well as the black and white, frequently hand-held camerawork) that lends A Hard Day’s Night its air of documentary.

4. I was pleased that so many reviewers of the new transfer mentioned Victor Spinetti’s sweater (now there’s a great name for an indie band—grab it quick before it’s taken!) A week before the release of the new Criterion disc, Turner Classic Movies showed the film. I tuned in to see if they were unveiling the new 4K scan, and I think they were: every fiber of Spinetti’s strange mohair sweater stood out. You could actually count the hairs, if that was your idea of a good time. Which is to say, there are exactly 42,586 hairs.

5. I always smile when I see Richard Lester’s accidental cameo at 76:34. It is a blink-and-you’ll-miss-it moment, but it looks like he is having so much fun. 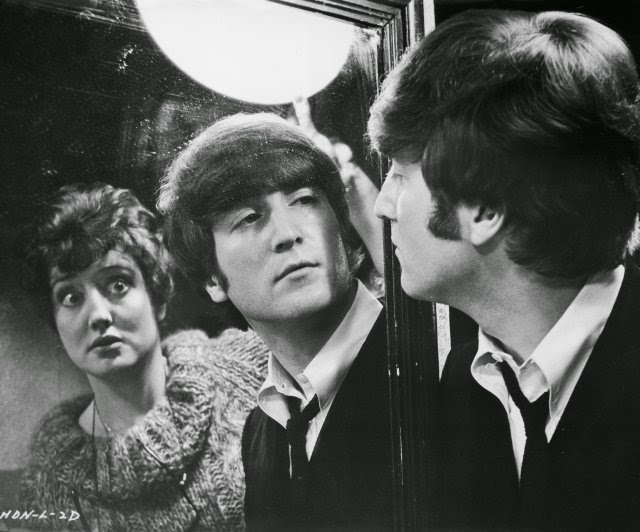 NOW, SOME QUIBBLES: What follows are things I noticed because, again, I am as familiar with this film as I am with my annoying relatives (I’m looking at YOU, Nana.) The transfer and framing are touted as being “director approved,” so I am not going to argue with Richard Lester. I do know, however, that the film was originally shown on television and in its first VHS incarnation in an “open matte,” format that was much closer to 1:1.33 Academy ratio. While the film was certainly matted to 1:1.66 or 1:1.75 during its theatrical run, shouldn’t Criterion have chosen the presentation that included more of the original image? Some of the compositions here, mostly medium shots and close-ups, look awfully tight. Given the storage capacity available on a Blu-ray, couldn’t Criterion have at least included a full-frame transfer as a bonus feature?

The soundtrack options here represent a swamp that I refuse to wade into up to my knees. I will, however, stick my toe in and suggest that, while the new Criterion disc’s many soundtrack options are worlds away from the risible Dolby re-mix the film was subjected to in the ‘80s, there are still problems. My preferred soundtrack option on the new disc is the “original” mono soundtrack, which seems to have the most pleasing mixes of the songs and the loudest sound effects. Throughout the disc, errant sound effects (like George knocking over that amp) and the sounds of screaming fans (especially in the opening sequence) are mixed louder in the mono mix—with one curious exception. Near the end of the “I Should Have Known Better” number in the train baggage compartment (when we are transitioning back to the “reality” of the Beatles playing cards) Ringo laughs, but we don’t hear it on the mono soundtrack. This is odd because it is there, plain as day, on the new 5.1 mix and also on the included stereo mix. Why make the mono soundtrack clearly superior except for this one baffling exception? Was it just Criterion’s goof? Clearly, they…wait for it…should have known better. 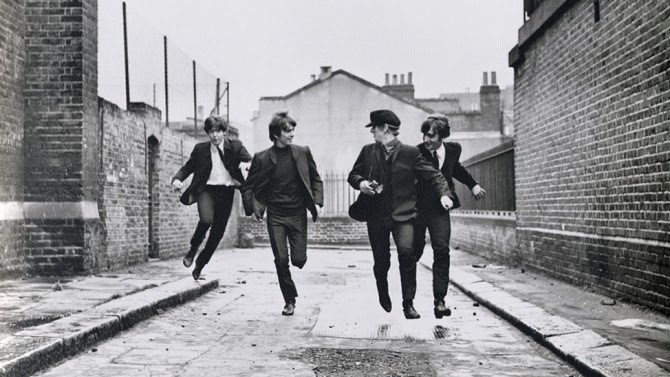 As for the slight slowing down of some songs in the television studio portion, caused by Lester speeding up the cameras slightly to 25 fps so the television monitors (which were also displaying 25 fps) wouldn’t appear to roll, this did not bother me at all. We have now been subjected to Beatles music from so many different bastard sources—sped-up-but-pitch-corrected on Top 40 radio, time-compressed for television screenings, and the myriad variations of unreliable home equipment—that I will leave proper speed to the experts. All I know is that recently I was spinning some of the discs from the most recent Beatles vinyl box set (With the Beatles and Past Masters, specifically) and they all sounded too slow. I adjusted the pitch control on the turntable accordingly. What was the source of my unhappiness: faulty turntable, faulty pressing, or my aging ears? Yet the song speed on the new Criterion disc sounds okay to me, and again, on the mono soundtrack option included, I think the music really pops.

What’s that? You have never listened to our award-winning podcast on A Hard Day’s Night, or read this previous column about A COMPLETELY DIFFERENT aspect of the film? Well, now is your chance to correct those irresponsible errors. Your life will be made richer.  Like A Hard Day’s Night itself, there is just no end to the pleasures they provide.
Posted by Patrick Bromley at 12:00 PM