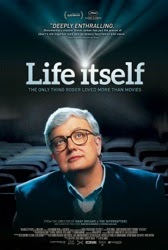 Life Itself is a movie I appreciate more with each passing month.

I’ve seen the new Roger Ebert documentary multiple times and I never grow tired of it. I keep feeling drawn back to it. It’s comfort food. In terms of recent documentaries focused on an individual, it easily trumps Elaine Stritch: Shoot Me, The Punk Singer, Supermensch: The Legend of Shep Gordon and That Guy Dick Miller. Life Itself manages the tricky balancing act of justifiably praising its subject and commending his influence without devolving into hero worship.

On the first viewing, part of me wanted the fan doc -- a puff piece that would be fun to revisit. Now I’m glad that Life Itself is the movie that it is. It feels comparable to a non-depressing wake for this icon of film criticism and a seemingly brilliant, complex and flawed man. The best compliment I can give Life Itself is that it captures the spirit of Ebert’s columns, reviews and blogs, where you feel as if he’s talking directly to you. Ebert called the movies “a machine that generates empathy,” and by the end of Life Itself you will no doubt feel that you understand Roger Ebert, the celebrity and the man. 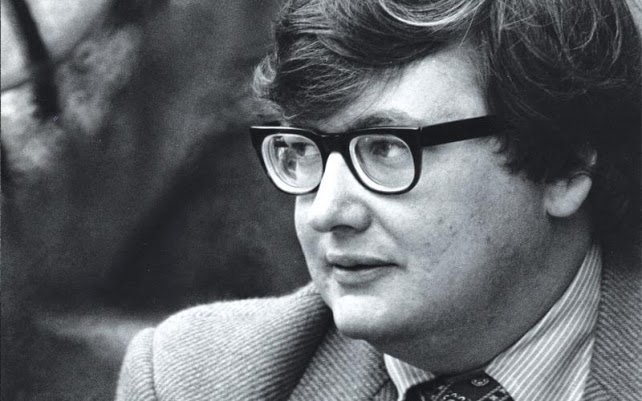 Much of the credit for capturing that quality goes to director Steve James (Hoop Dreams, The Interrupters), who, in a masterstroke, included a sound-alike actor of Roger Ebert (Stephen Stanton) to read passages from the memoir in which this documentary is based on and improved upon.

Life Itself chronicles Ebert’s life and achievements as a newspaperman, his time as a film critic championing filmmakers such as Errol Morris, Gregory Nava and Ramin Bahrani, his struggles with alcoholism, his stint as a screenwriter for Beyond the Valley of the Dolls, his competitive relationship with Gene Siskel (Richard Corliss described Siskel & Ebert as “a sitcom about two guys who lived in a movie theater”), their reception from other film critics, his relationship with his wife Chaz, and grandchildren late in life and his declining health and ultimate passing. This richly detailed documentary nimbly moves from topic to topic.

The documentary stitches in scenes of the last four months of Ebert’s life, mostly in a hospital, with the more entertaining material from earlier when he was in good health. The hospital sequences are tough to watch at times – Ebert was in obvious frustration, pain and discomfort – but it makes for great drama, a fact that Ebert and Steve James both seem to know. As it stands today, Life Itself is one of the best movies I’ve ever seen about facing death and even more so about love and friendship in the face of death.

The best material in the movie is about death and our reaction to it. At its most positive, the doc reveals that Gene Siskel and Roger Ebert saved none other than Martin Scorsese from his own low point with a tribute to the filmmaker in Toronto during the 1980s. Scorsese tearfully confesses how much that meant to him and how it showed that there were people out there who believed in him. At its most negative is the private manner in which Siskel handled his own death that didn’t allow for Ebert to say goodbye to his colleague and friend (the movie can also be seen as a tribute to and providing insight into Siskel as much as Ebert). In reaction to that, Ebert faced his own death in a public manner, his writing getting deeper in his blog as it became his outlet for expressing himself.

Though I’m making it sound heavy, I want to stress that Life Itself is also greatly entertaining.

The sequence detailing the competitive relationship between Siskel & Ebert is extremely funny and features some choice outtakes. So is the sequence where wet noodle critics Jonathan Rosenbaum and Richard Corliss extoll the vulgarization of film criticism via Siskel & Ebert’s thumbs -- because those thumbs don’t thumb through magazines like Film Comment. Have you ever read Film Comment or New City? OMG. You could read 500 words and still have no fucking clue what they’re talking about. Those magazines are balls if you don’t like balls.

I’ll wrap by saying that this movie moved me greatly and has made me a better movie critic. Roger Ebert’s legacy lives on at Roger Ebert.com and I am glad for that, though I wonder if there are too many writers on that site; I seriously don’t know who to follow since there’s so many. 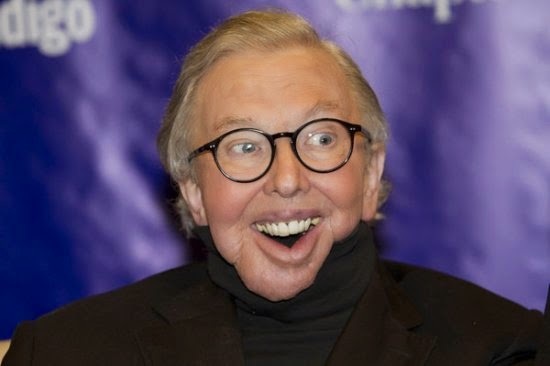 Ebert doesn’t feel gone to me. I never met the man personally, so I don’t feel the loss others feel. I see him as my movie buddy whose essays I can read before the first time I watch The Red Shoes or Amarcord. Roger Ebert left a legacy in his writing and that’s something I often think about for myself. I may never marry and have a family and if I don’t, I want my writing to live on. That’s why I work so hard on it. Roger Ebert knew this feeling, I’m sure; otherwise, he wouldn’t have had the drive and work ethic he did. As such, I feel as if he and I had a meaningful friendship.

Ebert once said that a great movie is one you can’t stand the thought of never being able to see again. Life Itself is a great movie.

Note: My only misgiving about Life Itself is that it does not feature Ebert’s longtime reviewing partner, Richard Roeper. As a fan of Roeper, I wish Steve James found a way to include his input and insights into Roger Ebert personally and professionally. In a Q&A at Ebert Fest following a screening of Life Itself, James said the exclusion of Roeper was because you can’t put everything in. Once they edited the documentary, they realized there was a connection between Gene Siskel’s death and how Ebert handled his illness. As a result, James felt the inclusion of Roeper would have disrupted that arc. Roeper was said to have understood even though he wanted to be in the documentary.
Posted by Patrick Bromley at 6:00 AM