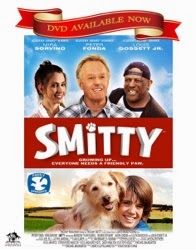 JB wanted me to watch this movie as a gag. He went too far.

The origins of JB’s practical joke arose when he saw Smitty on the Previously Viewed (I doubt it) rack whenever he’d stop at his local 7-11 for a coffee or a Monster Energy Drink. Every morning he saw it sitting there. It just became more intriguing. I can understand how JB got to this place. Look at the DVD case. Academy Award Winner Mira Sorvino? Academy Award Nominee Peter Fonda? Academy Award Winner Louis Gossett Jr.? And on the back cover is a pic of a dog driving a riding mower? It looks ridiculous. 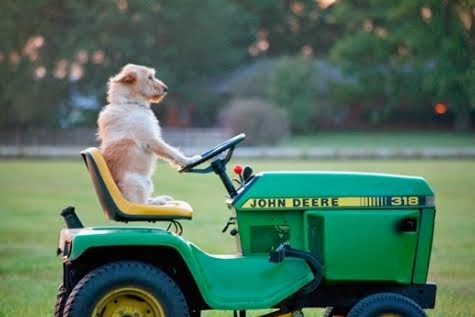 Smitty was directed by David Mickey Evans, a director I used to defend – I appreciated The Sandlot and First Kid when I was younger – but now has catapulted up the ranks of directors I will avoid at all costs. He’s such a hacky director. For example, there’s a scene where a judge named Judge Greene has a nameplate in front of her and her name is in green. Whose nameplate is in green? Does it add anything to the moment that Judge Greene’s nameplate is in green? Ugh. And that’s just the tip of the iceberg. Don’t worry I won’t have to nitpick going forward. But first…

The plot in brief (taken directly from the DVD back cover because I don’t give a shit to write my own for this stupid ass movie): Mischievous thirteen-year-old Ben (Brandon Tyler Russell) is sent to his grandfather’s (Peter Fonda) farm for the summer, where he crosses paths with a lovable mutt named Smitty. With help from the unlikely canine companion, Ben learns the importance of friendship, family and responsibility. When life gets tough for Ben, a friendly paw is all it takes to pull him through.

Ok, so where to begin? How about when Ben arrives with his mom (Mira Sorvino, hot) at his grandfather’s farm, Peter Fonda is cleaning a fucking shotgun on the porch. Because ha ha, if you misbehave Ben, I am going to blow you away. Great way to kick off your “Family Approved” (as claimed on the DVD case) movie! Then if that wasn’t enough Fonda goes inside his house and grabs a belt, wraps it around this hand as if he’s going to beat the kid but instead says (I’m paraphrasing) “Here, pull your pants up.” What the fuck, movie?

Speaking of clothes, it became a drinking game for me every time I saw a teen wearing a stupid t-shirt. There are tons of dumb t-shirts in this movie. The highlights are: “Picture Me Caring,” “Judon’t Want to Go There,” and “Nice Rack”. The last one is funny because it has a picture of a deer so we know it’s about racking a gun to murder an animal and mount its antlers. What is with this movie and guns?

The whole movie is schizophrenic. At times it’s dark and mean-spirited and at other times it’s beyond saccharine. In one scene, the “bad kids” go fishing using quartersticks of dynamite. One of the kids says “This is our version of fast food.” OMG! Then in the next scene, Mira Sorvino’s diner waitress character is getting asked out meet-cute style by a character played by Jason London (Dazed and Confused) in a manner that would be embarrassing if they were 12 years old (it involves lots of pushing and giggling). 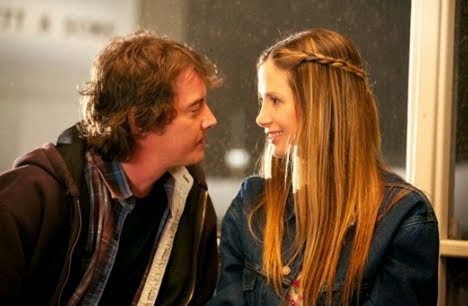 Next, in a moment that’s unexplained, the dog (named Smitty but not until 87 minutes in) is somehow driving a riding mower and mowing a field followed by a scene of the bad kids telling Ben “You tell anyone about this, we’ll kill your dog and then we’ll kill you.” AWWWWW! I could go on and on so instead I’m just going to list bullet points the rest of the way with observations of this crazy awful movie:

• Ben blows up a microwave at one point by nuking eggs and potatoes on a glass plate. Peter Fonda is there the whole time but doesn’t correct the kid because HE’S LEARNING A LESSON.

• When Fonda and Ben adopt Smitty from an animal shelter they next stop by a local antique store to buy a dog collar and a leash – wait, what? Oh yeah, I forgot, that’s where everyone buys items for their pets!

• Someone says “School of life, Ben. Class is in session.” I hate this movie.

• Peter Fonda has the biggest ears on Earth. It’s crazy. These are the things you notice when watching Smitty. 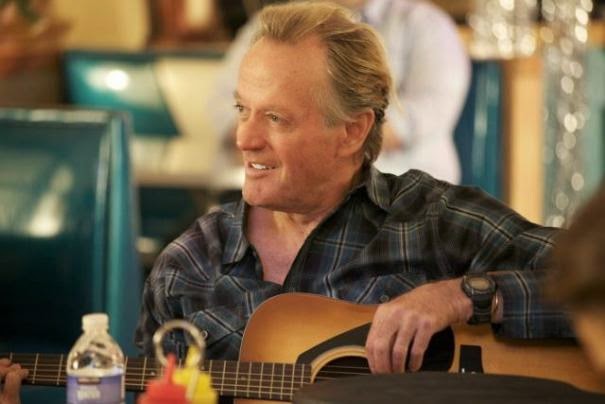 • Peter Fonda goes into a pawn shop pointing a loaded shot gun. It’s as if he’s channeling Clint Eastwood in Gran Torino. It’s played as a cutaway comic relief beat. It’s never addressed again nor is he arrested later in the movie.

• The dog gets hit/run over by a truck but lives. This is done for no other reason than to give the movie faux drama towards the end. It’s manipulative, horrible bullshit.

• The last scene of the movie is a close up of Smitty barking and a message from the American Humane Association telling you to adopt a shelter dog. The song “Rescue Me” plays over this moment. The way the scene is shot makes it look as if the dog is talking to you.

So, there you go JB. I did this for you because we’re friends. I am starting a support group for victims of Smitty. If you’ve seen Smitty, leave a comment below so we can console each other.