From highbrow to lowbrow to movies we're not even crazy about, here's what to watch this weekend. 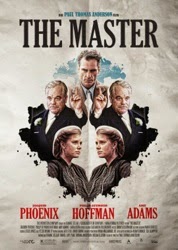 Adam Riske: The Master (2013, dir. Paul Thomas Anderson) So I know this movie is good...but I don't know how good. I'm willing to watch it 20 more times to figure out how good it is. 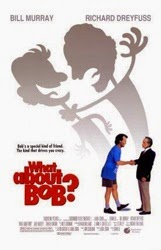 Erich Asperschlager: What About Bob? (1991; dir. Frank Oz) I watched this movie a lot when I was younger for some reason. We probably recorded it off of the Disney Channel (our version of HBO—so you know how cool I was as a kid). I loved it then and wanted to see how well it holds up. Pretty well, as it turns out. This isn't the best movie made by anyone involved, but it takes a simple premise then sets Bill Murray loose as a needy manic-phobic who drives his psychiatrist Richard Dreyfuss nuts by invading the neurotic doc's family vacation at Lake Winnipesaukee, NH. Murray and Dreyfuss are well-cast, the jokes mostly land, and the film has just enough darkness to give its goofy sweetness some bite. I can't quite divorce myself from the nostalgia (I was shocked at how much I'd internalized the dialogue), but this movie is a fine way to while away an evening on Summer vacation. 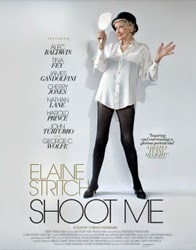 JB: Elaine Stritch: Shoot Me (2013, dir. Chiemi Karasawa) This superb documentary, made all the more poignant by Stritch's recent passing, will forever define the meaning of the word TROOPER as it pertains to showbiz. Candid to a sometimes uncomfortable degree, the film also answers the age-old question, "Why on earth would you pay money to see a performer who can no longer remember the lyrics?" Highly recommended. 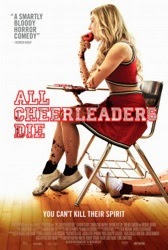 Patrick: All Cheerleaders Die (2014, dir. Lucky McKee) For the first time ever this week, I'm recommending a movie I don't think I like very much. I reviewed All Cheerleaders Die when it was released earlier this year and found myself disappointed by it, but I'm such a fan of writer/director Lucky McKee that I want other people to see the movie and tell me I'm wrong. There's a lot to like in the movie -- the two lead performances are good and the whole thing has a fun energy to it -- so I'm not sure why it didn't come together for me. Maybe some of you will feel differently and can shed some light on it. If nothing else, McKee is a filmmaker whose movies deserve to be seen and talked about, and now that this one is on Netflix there's no reason why you shouldn't check it out. I know I'll be watching it again.
Posted by Patrick Bromley at 12:00 PM