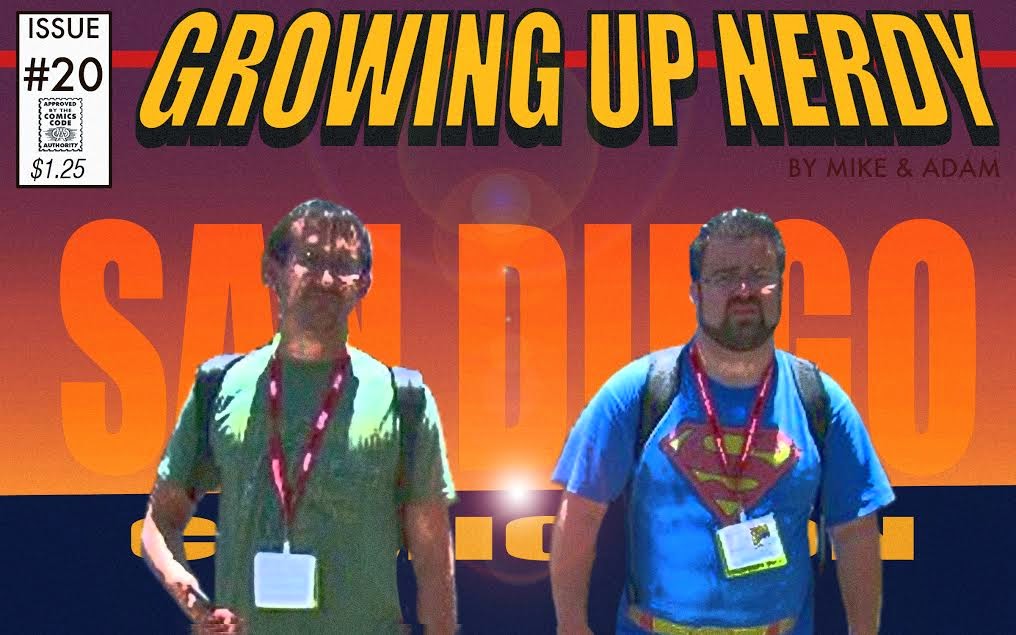 San Diego Comic-Con is taking place this weekend. The Nerdy Boys wish they were there.

Mike: Talk to Adam and I for ten minutes and we’ll undoubtedly find a way to mention the fact that we’ve attended San Diego Comic-Con, at which point you’ll get the impression it’s a truly miserable experience. While at times being at the SDCC is a frustrating, soul-crushing endeavor, it’s also the biggest and most exciting comic book convention that I’ll ever have the good fortune to attend.

While there a bunch of nerdy conventions popping up all over the place, from Star Trek conventions to Twilight conventions to even My Little Pony conventions (BronyCon), there are two big ones in the Chicagoland area ever year that I look most forward to: C2E2 and Wizard World Chicago. These two weekends are really special to me. While the level of talent that I’m interested in seeing goes up and down from year to year, my enthusiasm never wanes. To be in that environment, with my friends, never gets old to me. Now, take that experience and multiple it by 10, and you have San Diego Comic-Con. It’s special.

Let me get this out right now: while I’ve wanted to attend SDCC since it appeared on my radar in the late 1990s, it wasn’t until 2011 that I was actually able to get out there. So for the SDCC purists, I’m a part of the new wave of SDCC attendees. I don’t know what it was like before Robert Downey Jr. invaded Hall H, or when you didn’t have to lose sleep over whether or not you’d actually be able to purchase tickets. I can’t speak to what SDCC was like before its popularity grew to unreal heights. I can only discuss what SDCC became over the last few years.

Here’s a quick rundown of some of the cool stuff we’ve be able to do and see. Thanks to SDCC, Adam and I were able to attend an advance screening of Attack the Block with Edgar Wright, Joe Cornish and John Boyega doing a Q&A afterward. We got to see Francis Ford Coppola, Steven Spielberg, Peter Jackson and Alfonso Cauron in panels. I met Steven Moffat and told Judah Friedlander where the Gentle Giant booth was. Chris Evans literally ran into Adam on the floor of the Con, while Adam and I saw Breckin Myer being ignored by media more interested in interviewing a fat Storm Trooper. I met Duncan Jones last year, right after passing the long line of people hoping to meet Metallica’s Kurt Hammett. We witnessed the Lego booth getting shut down due to overflow and the line for the BBC America booth wrap for what seemed like miles. Adam got a sketch from Lilo and Stitch creator Chris Sanders, while I got sketches from artists at the Weta booth. Lloyd Kaufman wanted nothing to do with me, instead wanting to take a picture with our friend Nancy. Orlando Jones told me I look like Kevin Smith while SO DID EVERYONE ELSE. We got to watch Leonard Maltin play ‘The Leonard Maltin Game’ at a Doug Loves Movies taping; a few nights later, we were fortunate enough to be in attendance at a Nedist taping to see Matt Smith said goodbye to all of us Whovians. You want to see Rob Van Dam eat a hotdog by himself (why would you??)? Come to SDCC. Feel the need to tell Billy Zane he was awesome in The Phantom like Adam did? Come to SDCC. To add to all of the craziness, Adam and I made lifelong friends in Paul and Samantha, whom we met day one of our 2011 trip and met up with again for SDCC 2013. For five straight days at the convention, we barely slept, barely ate and were always in a line of some sort.
When trying to come up with an example of what makes SDCC special to me, I think of one story in particular. Adam and I were walking the floor of the convention in 2011 when I noticed an older gentleman coming our way. It was Werner Herzog. I stopped him and said hello and that Adam and I were big fans. He thanked us and introduced us to his wife. We exchanged a few more pleasantries, then went on our way. The whole exchange lasted maybe a minute, but it’s something I’ll never forget. So here’s the big difference between SDCC and other cons: at the local cons, I may run into The Million Dollar Man or Lori Petty on the convention floor. At SDCC I ran into Werner fucking Herzog.

I’ve been to SDCC twice now, and after each trip I tell myself that I’ll never go back. I hate the lines, I hate missing out on stuff I was looking forward too, the crowds are suffocating and everything is so expensive. Then, a week goes by, maybe two. I start thinking back on SDCC and suddenly the anxiety disappears and the anger goes away. Instead I’m left with incredible stories, with memories I can get nowhere else. For a geek like me, San Diego Comic-Con will forever call me back.

Adam: If you haven’t watched the videos Mike and I shot while at SDCC last year, you really should. You will see tons of footage of guys with exclusive passes and a full camera crew and think how easy and pleasant it is. It really is nothing like that. At the end of our last video, Mike and I both say that we won’t go back, at least not for a while. As I sit here writing this, I can say I was wrong. I’d go back in a second and wish I was there right now. It’s amazing. I was so lucky that I got free passes and a place to stay for free my first time there, and had a friend Rob who lived in San Diego for years and had been to SDCC plenty of times to show me the ropes. I was so oblivious to how difficult it was just to get tickets and a place to stay. Every year I’ve gone, it just gets better and better.

With all of that said, allow me to play God for a moment. Let’s just say I was in charge of SDCC. What are some of the things I’d keep, and what are things I’d get rid of or change:

Keep: The location. San Diego is gorgeous. My friend who lived there for three years said that in those three years it rained about four times and the temperature was between 75-85 all year. There are no mosquitos or many bugs at all. The lamplight district has absolutely amazing food and is filled with nerds.

Change: Increase the size of the convention center by 20%, but only increase attendance by 10%. I know the point of making something bigger is to bring more people, but it’s almost too many people in too small of a space. My first year at SDCC, I worked a booth and you should see the difference in just the first few minutes of it being open. Make it bigger in terms of breathing room, not people. 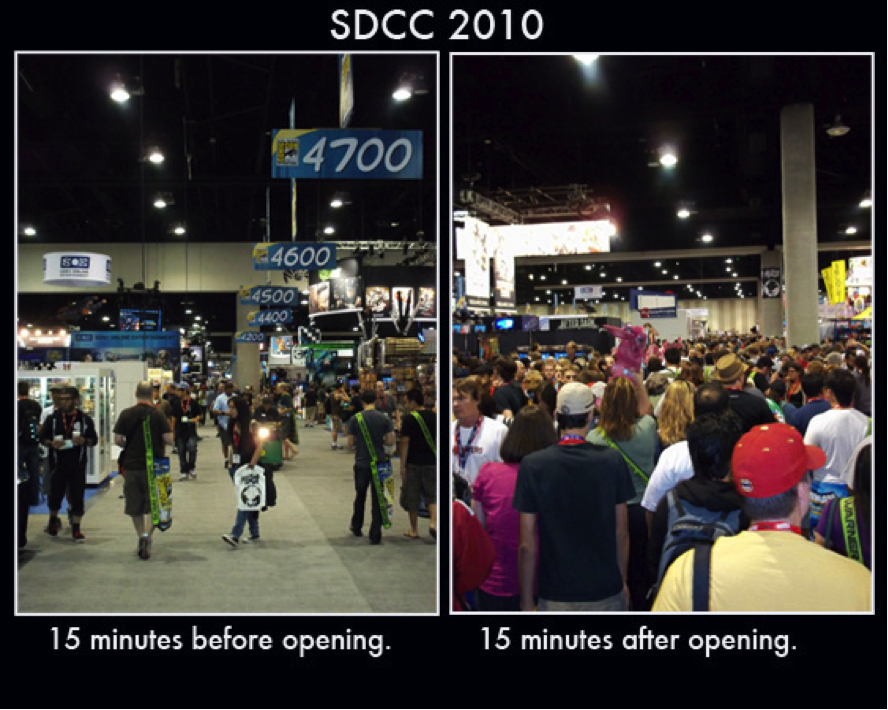 Keep: Hall H. It is so cool that I can sit and listen to Steven Spielberg talk and answer questions form the audience. I love that while sitting and listening to Spielberg, Peter Jackson made a surprise appearance and during the Q & A, Andy Serkis surprised Peter Jackson and asked a question as Gollum (or some other odd creature). This type of thing is impossible to get ANYWHERE else; it doesn’t happen and is one of the great things about the Con.

Change: Hall H. I’m going to play “Monday Morning Quarterback” or “My Uncle Complaining About Obama” on this one and bitch without giving any good solutions. It’s a mess. Getting in line, sitting around, wondering if you’ll get in or not. It’s a clusterfuck. I know this year they started issuing wristbands, which is a step in the right direction, but something needs to change in the way they deal with Hall H.

For those of you who don’t know, there is an ongoing debate between the city of San Diego and the company that runs SDCC. SDCC wants a bigger venue. They recognize some of the problems with the size constraints of the Con and want a bigger place. The city, in so many words, has said “Okay, No. Where else would you go?” The answer that I keep hearing is Vegas. There are positives and negatives to such a move.

The positive would be the price of hotel rooms. Go to Hotels.com sometime and look for a room in San Diego. A room any time during the year would be about $70 for a bed. Now, during SDCC, that price goes up to about $400 a night! Vegas has so many hotels, with so many rooms, you wouldn’t see very much of a change.

The other positive is the logistics. Vegas wouldn’t exist without tourism; they know how to move people and accommodate large crowds. San Diego continues to struggle with the large change in volume of people. A move to Vegas wouldn’t be without the negative aspects, either. One of the things I find so charming about SDCC is that the nerds TAKE OVER! I’m not kidding you; every store, pub, and restaurant all become nerd havens (there is also a charm in seeing the obvious bar owner who knows nothing about geek culture try and pander to a group of nerds). 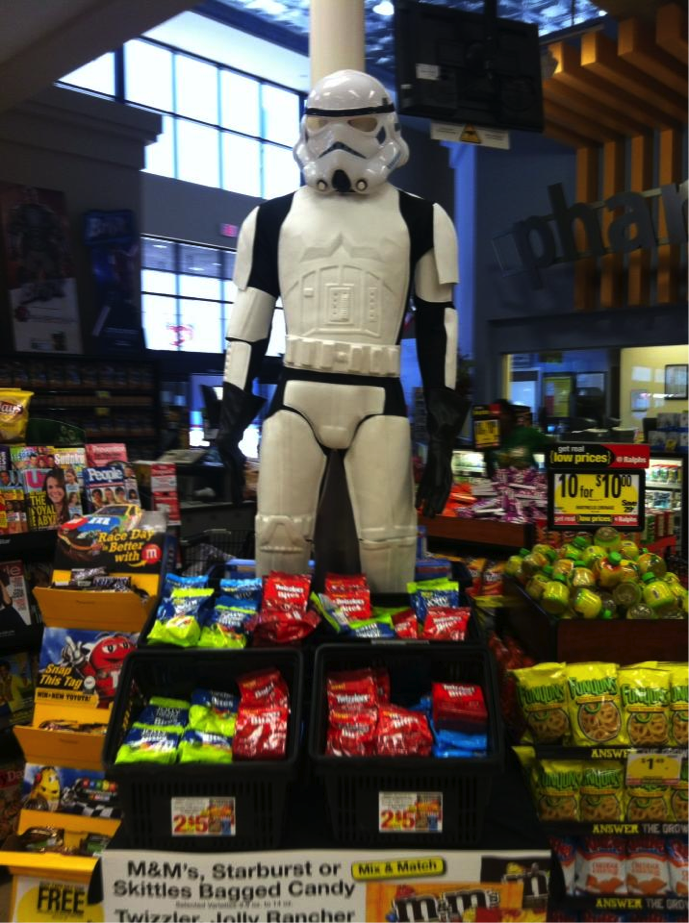 A move to Vegas wouldn’t have this. Vegas is so big and has so many conventions that SDCC in Vegas wouldn’t even register. The other big thing (and the thing I think the city of San Diego knows this) is that there would be a drop off in the stars that would come. San Diego is about a 1-hour drive from LA. It’s a 20-minute flight for Mr. Spielberg, and he can come and stop by in an afternoon. While Vegas does have its draw, SDCC’s proximity to Hollywood can’t be ignored.

Personally, I hope that it never leaves San Diego. I love that city, and the city is grateful to have us. One of my most lasting memories of SDCC is from a ride in a taxi. This past year (2013), we had an African cab driver. He didn’t speak very good English, but he picked us up that first Wednesday of the Con at one of the hotels. We were driving down the street and there were nerds as far as you could see. The cabbie had the biggest smile on his face, and after about 10 minutes of driving he turned to me and said, “I love de Comic-Con! These are the nicest customers, nicest people! San Diego is very happy.”

Dammit, I want to go back. 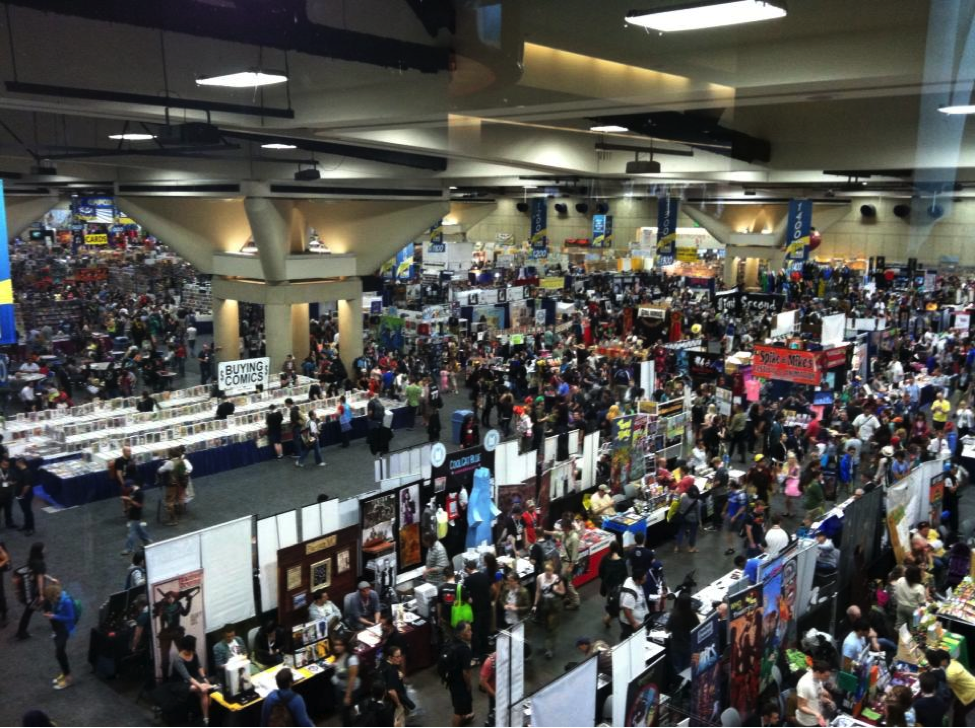