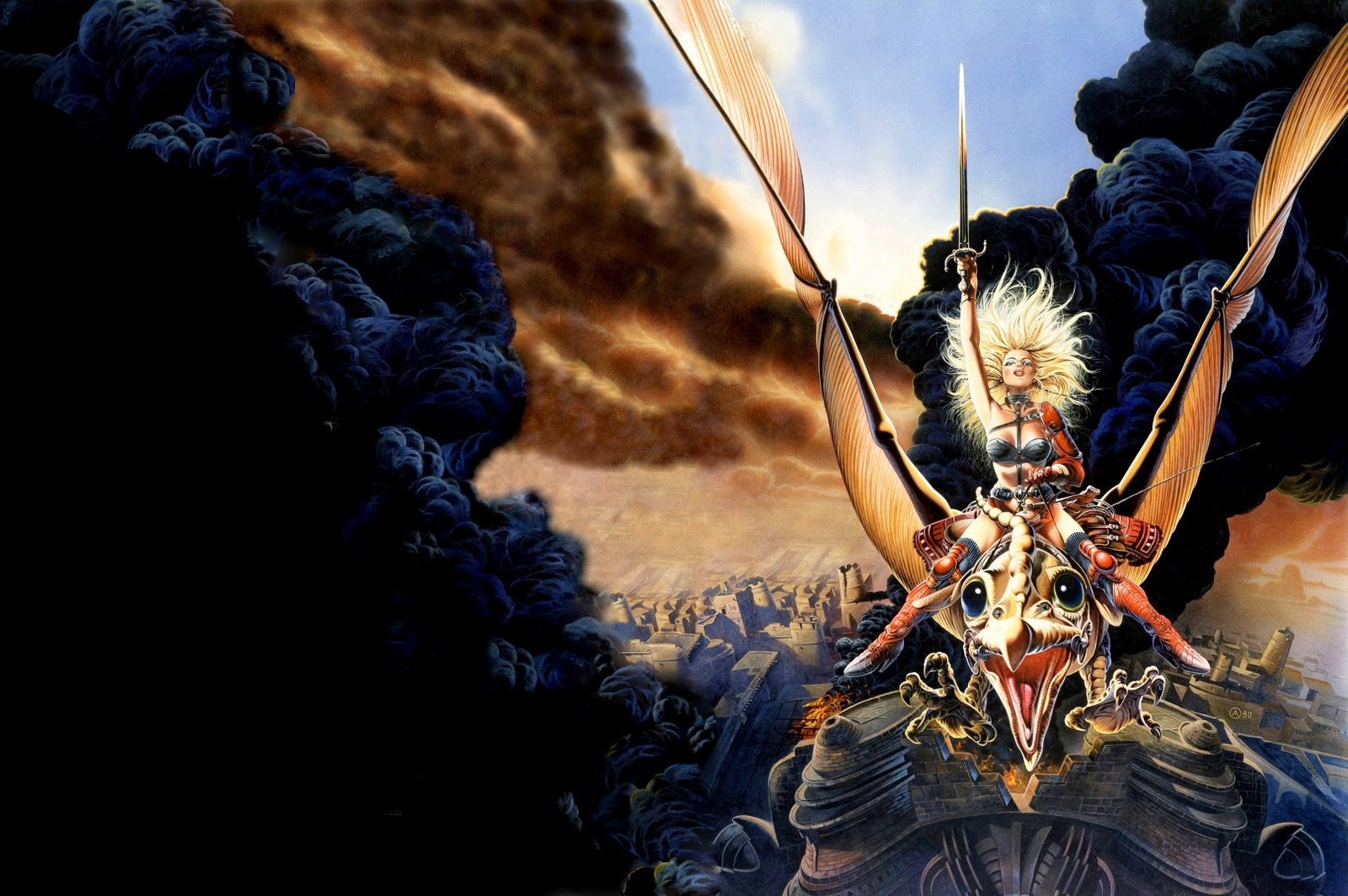 So there's this Canadian animated anthology film of which you may have heard...

Hmm...I guess that depends on my wording, actually. While most have heard of the film, I noted after recent discussions with friends and family that few were aware of it's Canadian-ness. Brought to us by the same people that delivered the hit television series SCTV and featuring zero, count 'em ZERO Canadian metal bands, the Sci-Fi/Fantasy cult classic Heavy Metal features a booming metal soundtrack that has been sung along/head-banged to by generation upon generation of film and music lovers from around the world.

It kept popping up as my Top Picks For Melissa on Netflix, and as I had not revisited it since my first viewing in my very impressionable early teens, I figured I should watch it again soon. Every night I would find something I was more in the mood for, though, and it was pushed aside time and time again. Last Tuesday though, I lined up an EWest Music interview with Pete Agnew (if there's any classic rock/metal fans on the site you should be well aware of where this is going), founding member and bassist of this little Scottish band called NAZARETH. Having been a member of the band since its inception in 1968, Pete had a billion stories to tell, one of which just so happened to be how they were approached to write the song "Crazy? (A Suitable Case for Treatment)" for the film.

They were coming home after a tour and happened to be pitched the idea of writing a song for the film while on the plane. Not only was that one of the weirdest things to ever happen to the band, they were given only three days to write the song. Funny that in those three days, the song they wrote turned out to be what Pete proclaimed as one of the better songs Nazareth had ever written -- a great “band song,” as it was a group effort, written by everyone in such a short period of time that they had no choice but to work on it in the same building and bounce ideas off one another. Our show was, in fact, the first to bring up their contribution to the Heavy Metal soundtrack (as far as Pete could recall), and while he has not seen the film, he is a huge fan of the soundtrack. BAM! Perfect crossover from my love of music to my infatuation with movies.

Needless to say, shortly after the meeting with Pete Agnew I revisited the film, and my appreciation for it extended much farther than my 13-year old self could have almost 20 years ago. My vague recollections of the movie centered mainly around nipples and music that was “not quite my thing” at the time. Guess I've changed a bit since then! I really, really liked the film. Each of the nine shorts featured something to love, from the humour to the incredible cast to the graphic disintegration gore to the animation, it seemed there wasn't really anything about this film that wasn't geared to me. I LOVED the animation, and upon doing a little research I discovered that the film used a technique called rotoscoping in several of the sequences (a much more intricate and time consuming procedure before computers came along!). The best example I can give of rotoscoping would be my actual first impression of it: that being used by the band a-Ha in their music video "Take On Me."

In addition to the animation, the movie features vocal performances by Eugene Levy, Joe Flaherty, Harold Ramis and, most recognizably (for me personally), John Candy, with his Robot character being a definite highlight of the film.

With a soundtrack boasting hits that have stood the test of time, I most notably found myself serenading two ultra naked animated characters as they got it on to "Open Arms" by Journey. How many movies can make you do that?? Other faves off the soundtrack include "Blue Lamp" by Stevie Nicks (fun fact: I have a big ole girl crush on Stevie!), "Reach Out" by Cheap Trick and, of course, the aforementioned Nazareth contribution. 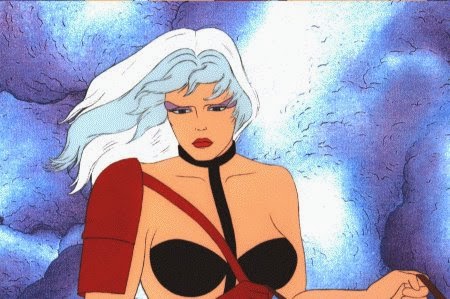 If you haven't yet seen Heavy Metal or are fearful of a revisit, I found it holds up and brought more welcome surprises to adult me than I had anticipated. Should you happen to love classic metal, cartoons, disintegration and acceptable amounts of animated gore, I'm willing to bet Netflix has already added this to your Top Picks.

Am I missing anything? Oh yes... Boobies! Must love boobies.
Posted by Patrick Bromley at 12:00 PM