I made brief mention of this title last Scary Movie Month. The relatively recent Cary Roan Blu-ray release is a revelation.

About a year ago, Kino Lorber was making a big noise about its Blu-ray restoration of White Zombie, one of my favorite Bela Lugosi films. Yet I hesitated to buy it sight unseen; because it’s a public domain title, I had seen countless rereleases and restorations end up in the Walgreens dollar bin.

The early reviews were, to put it kindly, not kind to the Kino Lorber release, which contained two versions of the film: one with so much edge enhancement and noise reduction that critics compared it to a child’s smeary finger painting, and a “non-enhanced” version that looked like a battered 16mm dupe. At least Kino Lorber gave customers a choice about how to be disappointed.

So I waited. Soon after, VCI Entertainment announced its own Blu-ray release, called the Cary Roan restoration. That is the version that I wound up buying, and I am glad. The transfer on the VCI disc is astounding, given that this is a high-definition transfer of an 82 year-old, low budget title that was originally filmed in only 11 days. Like Universal’s revelatory restoration of the 1931 Dracula last year, I had high hopes that this presentation of White Zombie would lead to critical reappraisals of the film. 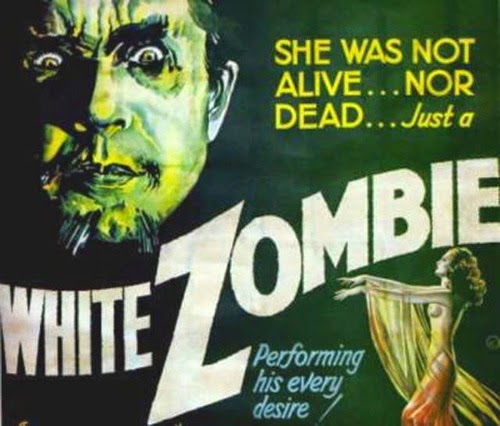 ANNOYING POLITICAL PAUSE: This aspect of the film is very interesting and modern—I believe that, in the next election cycle, the Right Wing is going to propose White Zombie’s labor plan as an alternative to raising the minimum wage.

Beaumont is in love with the lovely Madeline (Madge Bellamy), which is unfortunate because she is engaged to Neil Parker (John Harron). Legendre attempts to cock-block both of these men by turning Madeline into a… wait for it… white zombie!

The chief attraction here is Bela’s Lugosi’s performance. Like bacon, Bela Lugosi makes everything he is in better. I object to critics who characterize Lugosi as a one-trick pony, seeing all of his performances as variations on Count Dracula. Perhaps they cannot see beyond his accent, or the fact that he was a very mannered performer, but I would argue that his Murder Legendre is worlds away from Dracula (Bela even does the opposite of Dracula’s “come hither,” hypnotic hand thing in White Zombie by having Legendre cup his hands and wring them), and that Dracula is worlds away from his Ygor in Son of Frankenstein and Ghost of Frankenstein. 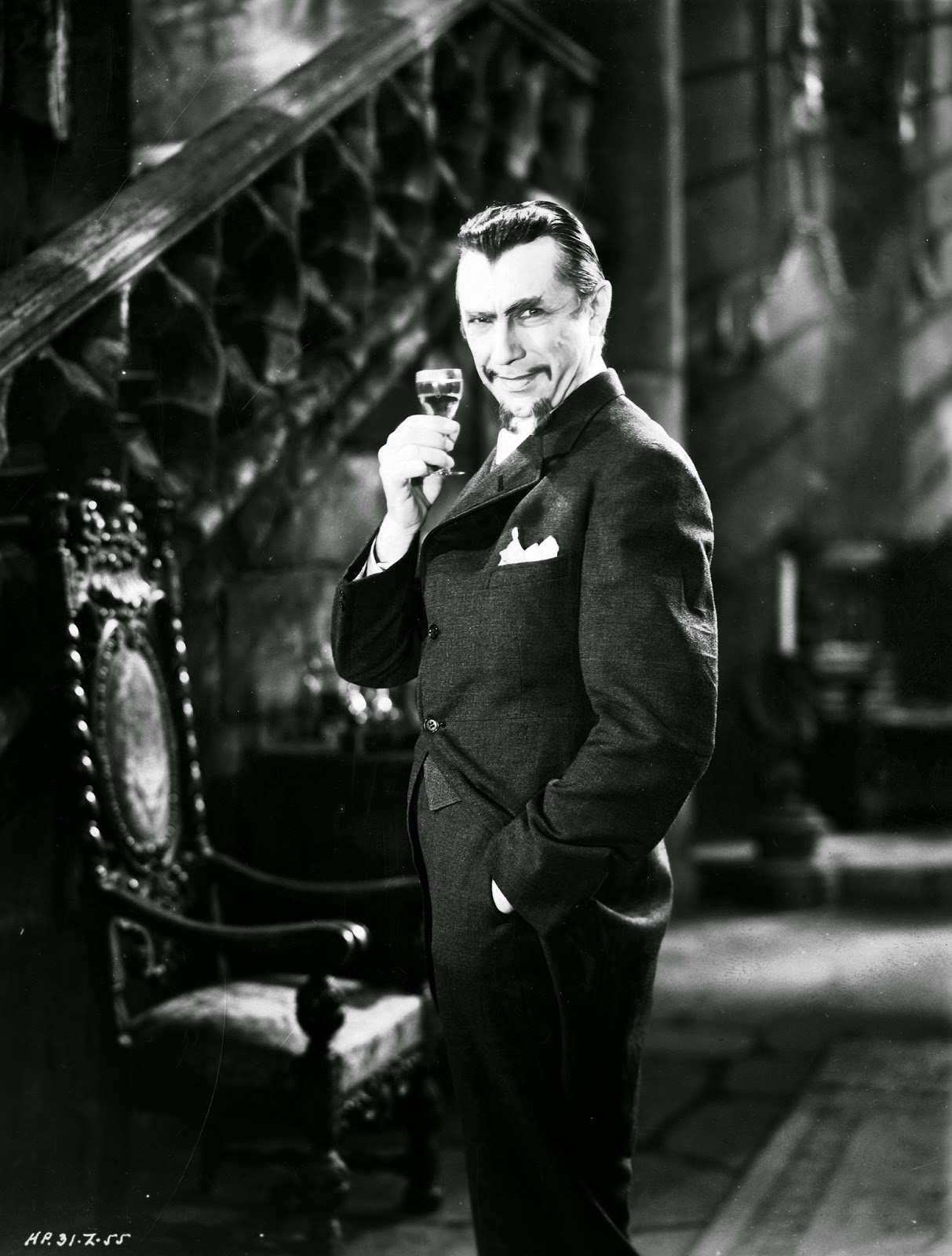 Gary Don Rhodes’ commentary track on the new Cary Roan restoration Blu-ray is among the best commentary tracks I have ever enjoyed. Rhodes is clearly an expert on the subject, having written the best book on the film (White Zombie: Anatomy of a Horror Film) a few years ago. When I first sat down to preview the disc, I intended to simply check out the quality of the transfer and listen to just the first ten minutes of the commentary; I wound up watching and listening to the whole thing. It’s informative, conversational, and briskly paced. It’s one of the few commentary tracks I will actually look forward to listening to again.

The film used offices on the Universal Pictures lot for its preproduction and also rented standing sets from Universal. Watching the film is a little bit like attending a classic monster garage sale for we fans of Universal: Set designer Ralph Berger redressed pillars and a balcony from The Hunchback of Notre Dame, the great hall from Dracula, some corridors from Frankenstein, and even chairs from The Cat and the Canary. Jack Pierce, who created all of the iconic Universal Monster makeups, did Bela Lugosi’s makeup in White Zombie as well. 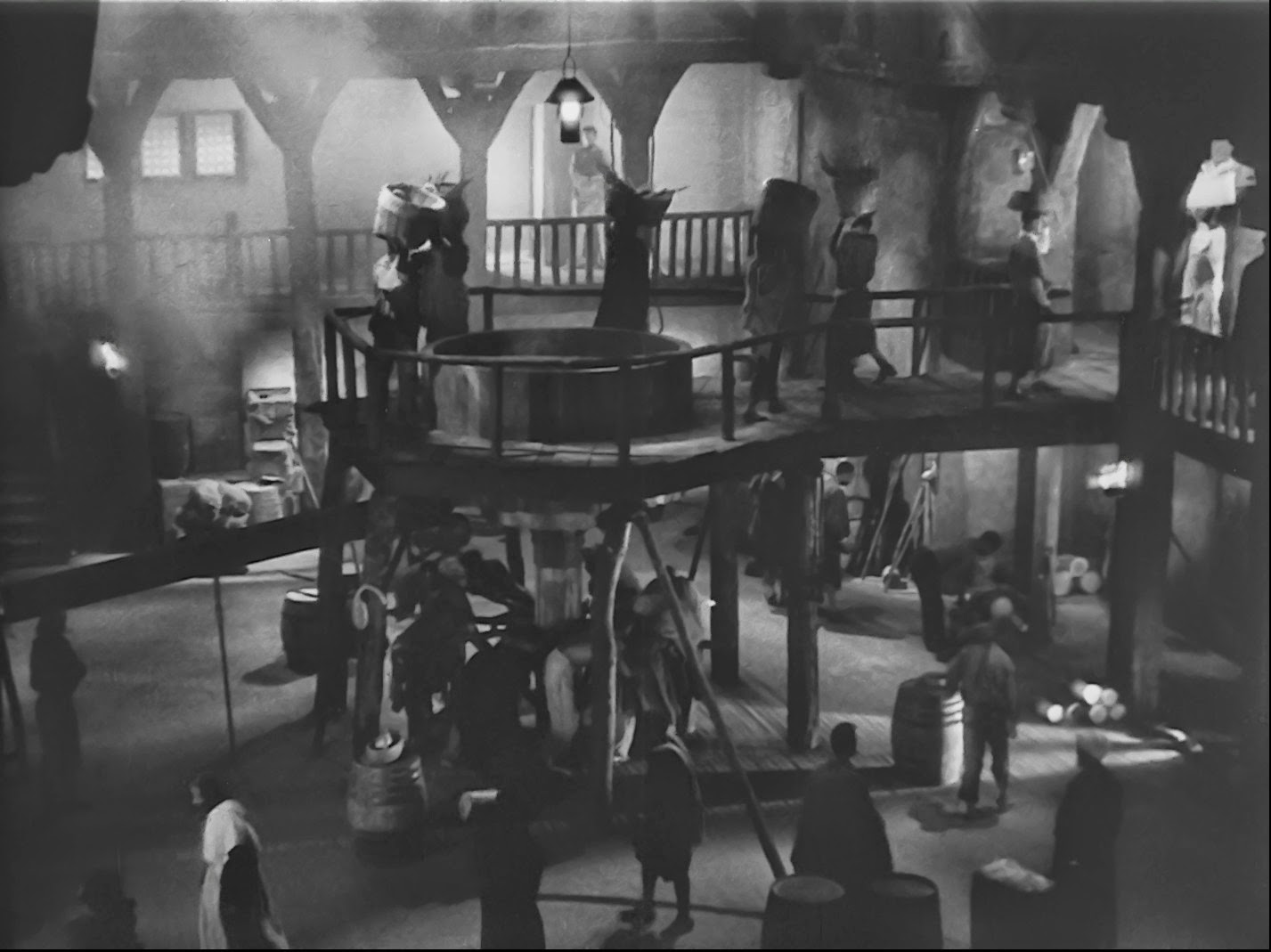 Also, you know White Zombie is kick-ass—Rob Fucking Zombie named his band after it.

I’m glad this Lugosi classic finally got the kind of release it deserves, from people who obviously care about the Universal Monsters’ legacy. If you’re a Monster Kid like me, this one’s worth checking out.
Posted by Patrick Bromley at 12:13 PM