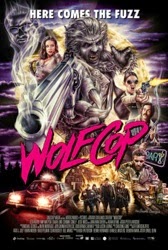 WolfCop, you had me at WolfCop.

There are so many ways writer/director Lowell Dean could have gone wrong with WolfCop, a movie that has the air of an internet meme taking to its logical extreme. It's the kind of thing that seems like it would get Kickstarted by hipsters based on its title and (super awesome) poster but, as is so often the case, would fail to actually deliver in being as fun as all of its marketing and hype would suggest it be. Thankfully, WolfCop is smarter and better than that. Instead of simply resting on its title, the movie makes every effort to live up to its promise. It's a movie worthy of the name WolfCop.

Leo Fafard plays Lou Garou, an alcoholic cop in the police department of a small Canadian town. He has a tendency to black out and wake up without remembering what happened the night before, but that all changes when one night he becomes the subject of a weird Satanic ritual that turns him into a werewolf at the next full moon. With a series of bloody attacks leaving the town afraid and in danger of canceling the annual "Drink and Shoot" festival, it's up to WolfCop to solve the murders and protect the town -- but only after 10 p.m. 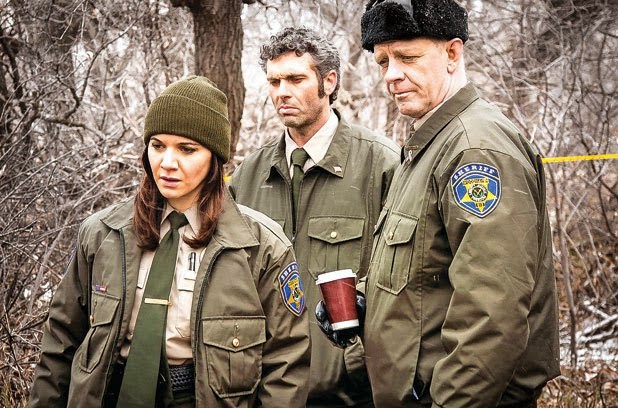 While the plot takes a few turns it doesn't have time to properly service in its lean 79 minutes -- there might be one too many supernatural elements introduced -- WolfCop does actually bother to tell a story, one that began years before the events depicted in the film. Lowell Dean's screenplay invents a backstory and mythology but doesn't get too bogged down in exposition. In fact, it takes a couple of shortcuts it might have spent a bit more time exploring, but even that's a minor criticism when the movie goes by this quickly. I'll take a compact movie that rushes a few beats over one that overstays its welcome any day -- and in the era (era) of the bloated two-and-a-half-hour blockbuster, the former is becoming more and more of a welcome surprise.

Better than its story, though, are the characters that inhabit the movie. Good characters are ultimately what bring us back to a genre movie over and over again -- more than any action, more than any special effects or gore. It's our desire to spend time with those people in that world that gets us to return to a film. WolfCop has those characters, whether it's Leo Fafard's gruff fuckup -- a guy not so much cursed by his lycanthropy as he is fulfilled, an id run amok (even his alcoholism can now be rationalized as a source of his superpowers) -- or his partner Tina (Amy Matysio), a square with hidden reserves of kickassery. There's town kook Willie (Jonathan Cherry of Goon and Final Destination 2), the only guy who knows Lou's secret and who essentially steals the entire film. There's Sarah Lind as Jessica the bartender/town vamp, part Betty Boop and part otherworldly sex kitten. Holy shit, she's something. All of the characters are fun and the actors have a good time bouncing off one another. 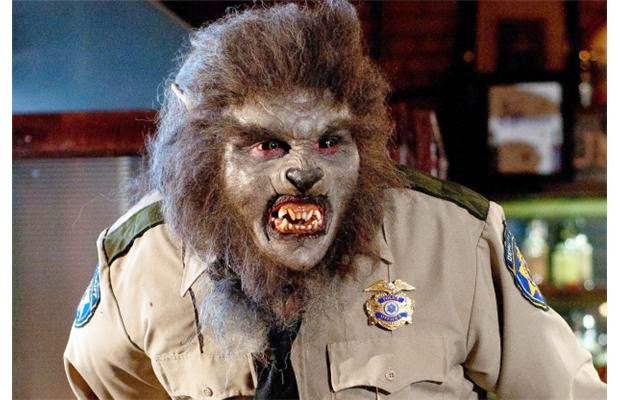 The best thing about WolfCop is its energy -- a certain intangible quality it has that just feels...authentic. It's a movie determined to entertain its audience and to be as good as it can be (which you might think is true of every movie, but you would be wrong). Even its most referential moments don't really contain any irony. It's a movie that understands what there is to love about it and follows through, never patting itself on the back just for existing. Everything about the movie is in the best '80s horror-comedy tradition, from the gory practical effects (the best gag involves a face getting peeled off and tossed around, which is funnier than it is gross) to the incredible wolf-on-girl love scene set to Gowan's "Moonlight Desires" (a song I thought had been written specifically for the film but turns out to be a real Canadian ballad from the '80s; it's fucking perfect as used here) to the WolfCop rap that plays over the end credits. Dean makes a lot of '80s references without drowning the movie in aesthetic shtick; rather than being a movie that exists just to remind us of a bunch of other movies we like, this one actually reminds us of why we like them in the first place.

We've seen so many movies attempt to pull of what WolfCop manages, from studio schlock like Snakes on a Plane to cable junk like Sharknado. They all have the same problems -- they're self-satisfied air-quote movies, deliberately engineered to be wacky cult classics. But cult movies don't work that way. Cult movies have to first and foremost be good movies and ones worth spreading the word about (with the rare exception of endearingly terrible films like The Room). WolfCop succeeds where others before it have failed because while it's very much in on the joke, it doesn't try to get by on the joke alone. Shitty, ironic would-be cult movies want to make us feel superior to them. WolfCop wants only to be our friend. In that it succeeds. It's a movie that's fun to hang with. 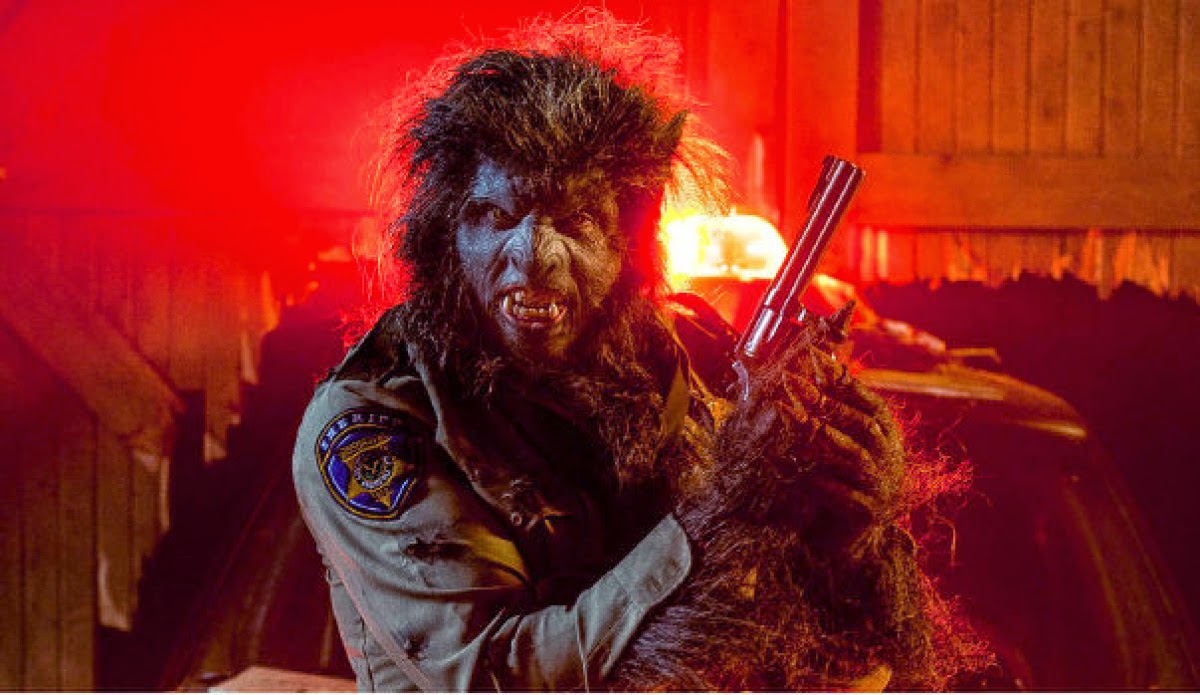 Of course a WolfCop 2 has already been announced, and it's the rare premature sequel that I actually welcome. This film does a good job of setting up the characters and the town, taking care of all the origin stuff and leaving Leo/WolfCop in a place where he's ready to have some drunken, violent adventures. Besides, it would be a shame to waste a title like WolfCop on just one movie. I'm not looking forward to a WolfCop 2 just because it's a funny-sounding title. I'm looking forward to a sequel because I really liked this movie.