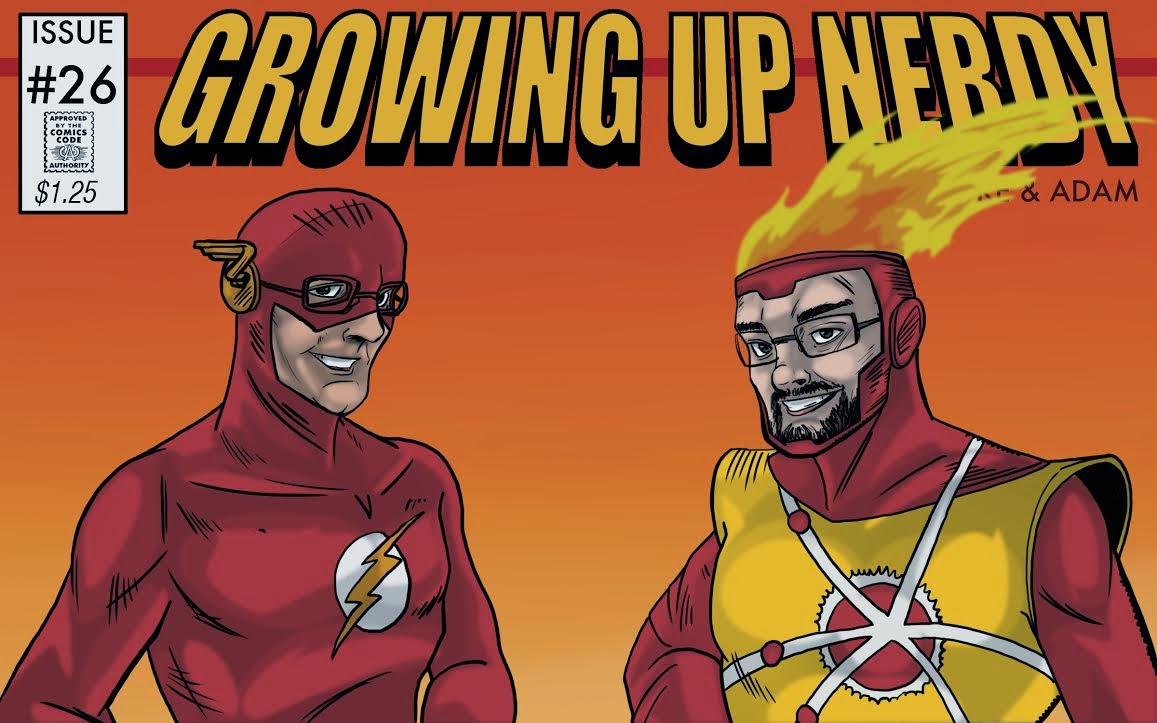 The Nerdy boys reveal all about their first times.

Dear Growing Up Nerdy,
The both of you seem to really have a long history of comics. I was wondering what was the very first comic you bought?

Adam: There is something about your first. It might be the intoxicating smell or the anticipation of what is about to happen. But once you feel how smooth and easy it rests in your hands, you know you made the right decision -- even if you did have to pay for it.

It's the first comic that you've decided to take out your money, put it on the counter and purchase. It’s a big deal in the life of a nerd, and for me it began with a television show.

In September of 1990, CBS aired the TV show The Flash in the hopes of piggy-backing some ratings from the success of Batman. I LOVED that show as a kid. It was live action and had an awesome character with a great costume and super speed. Being a track kid, I really identified with the show and thought it was the coolest thing on TV. The Flash had this really cool effect that whenever Flash was running, they would show it as a first person view of running down the street and then speed up the camera so it felt like you were the one running. Eleven year old Adam was hooked and wanted to get everything Flash related. 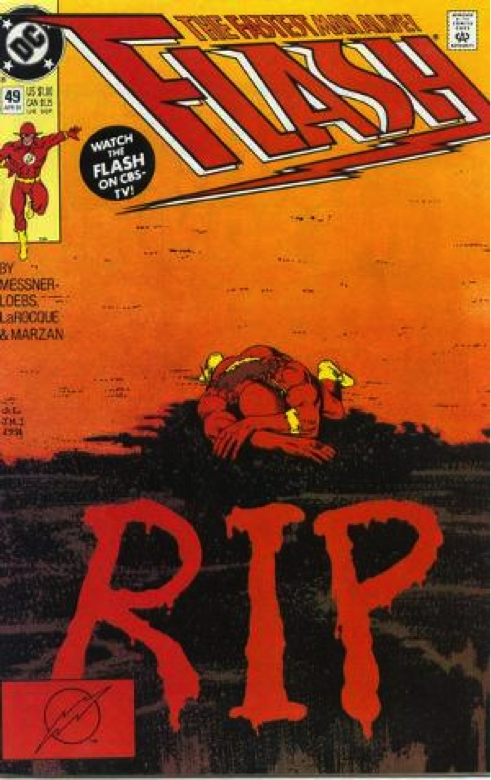 Lucky for me I had a friend (you all know him as Mike) that I was able to convince to walk up to the local comic store. I was armed with $5, enough to buy one comic and an ice cream cone (so awesomely American). I marched right in and there it was: The Flash #49, with The Flash dead on the cover saying “RIP.” I grabbed it, purchased it and was the proud owner of my very first comic. I read it about 10 times that night. I even studied all the advertisements, including the shitty “3 Musketeers” candy bar comic. Later that month a kid a school found a bunch of old comics in his stepdad’s basement and gave me about fifteen old Flash comics from the '70s. I was set. I had my comics and I had my TV Show. Life was good.

Unfortunately for 11-year old Adam, I didn’t understand the little things in television like “ratings”. The Flash that I had loved so much was expensive to make, and CBS put it on Thursdays against two little shows called The Cosby Show and The Simpsons (whatever those shows are?). The Flash lasted one season; soon after its cancellation, Jim Lee penciled X-Men #1 and the rest is history.

Sadly I went back and bought The Flash on DVD a few years ago. Terrible doesn’t even begin to explain that show. As for The Flash #49, unfortunately my first -- I mean the literal first comic I ever bought -- is now lost for the ages. I’m not sure what happened to it. I know I had it. We were so in love, and then sometime in high school we drifted apart. I’d like to think that she found someone else and that she’s married, has a few kids…she’s happy. I found another copy of The Flash #49 at a con a few years ago and got it for sentimental reasons. However, it is nothing but a cheap whore compared to my first. She was my first. My very first. Mike: Being the youngest of seven children, I was born into a small comic collection. Nothing real significant, a lot of Archie Comics, but I always had them around. The first comic book that was MINE, however, I got in the second grade.

Like my nerdy life partner Adam, I went to a Catholic grade school. In the second grade, we all made our first communion, and to come talk to our class about receiving that sacrament was a young priest whom I never saw before a since. I don’t remember a thing about what he had to say about making our first communion, but what I do remember is that he brought us all comic books!

I have no recollection whether or not we got to pick which book we received, or if it was random, but I got Captain Atom #5. I’d love to be able to tell everyone that I remember the story like the back of my hand, but the truth is I don’t remember what it was about. What I do remember is that great cover: Firestorm slamming his head into Captain Atom’s chest, with the words “Captain Atom vs. Firestorm The Nuclear Man” written in big bold letters. Mind you I had no idea who these characters were at the time, but that cover made such an impression on me, especially Firestorm. Here’s a man with FLAMES COMING OUT OF HIS HEAD, bashing another dude with his noggin. It was awesome. 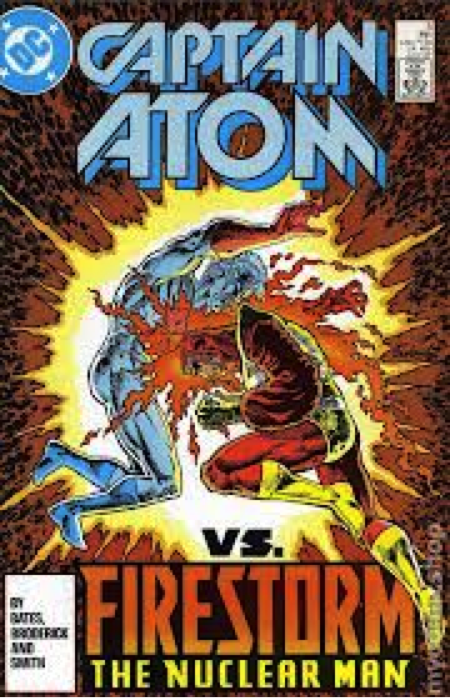 I beat the hell out of that comic book, bringing it with me wherever I went...which was probably to my sister’s house and back considering I was only eight at the time. While the characters themselves may not have remained in my heart, that single issue kick started a lifetime of comic fandom. After the buzz from this single issue wore off, I started asking my mom to take me to the local comic book store --the oft-mentioned Dreamland Comics. JB talks about how The Music Box Theater in Chicago is the happiest place on earth, but to Adam and me Dreamland Comics was once that place. Thanks to Captain Atom #5, I started exploring other comic book properties. The earliest books I remember buying once I started going to the comic book store were Batman books and Groo. That led to Spider-Man, which lead to Superman, which lead to Captain America, and on and on.

While I’m sure that the priest who visited my classroom that day would love to think that his speech or the act of receiving communion for the first time would have had a profound impact on my life, but the truth is that it was Captain Atom #5 that had a big impact on me. Our mutual love of comic books brought Adam and me together as friends. We walked to Dreamland Comics every week on new comic book day and spent the afternoon pouring over the racks, checking out the week's new books. We developed other life-long friendships through the comic store and our similar nerdy interests. Comic books helped lead me down a path that provided me with friendships that I’ll always cherish. Captain Atom #5 is where that path began. 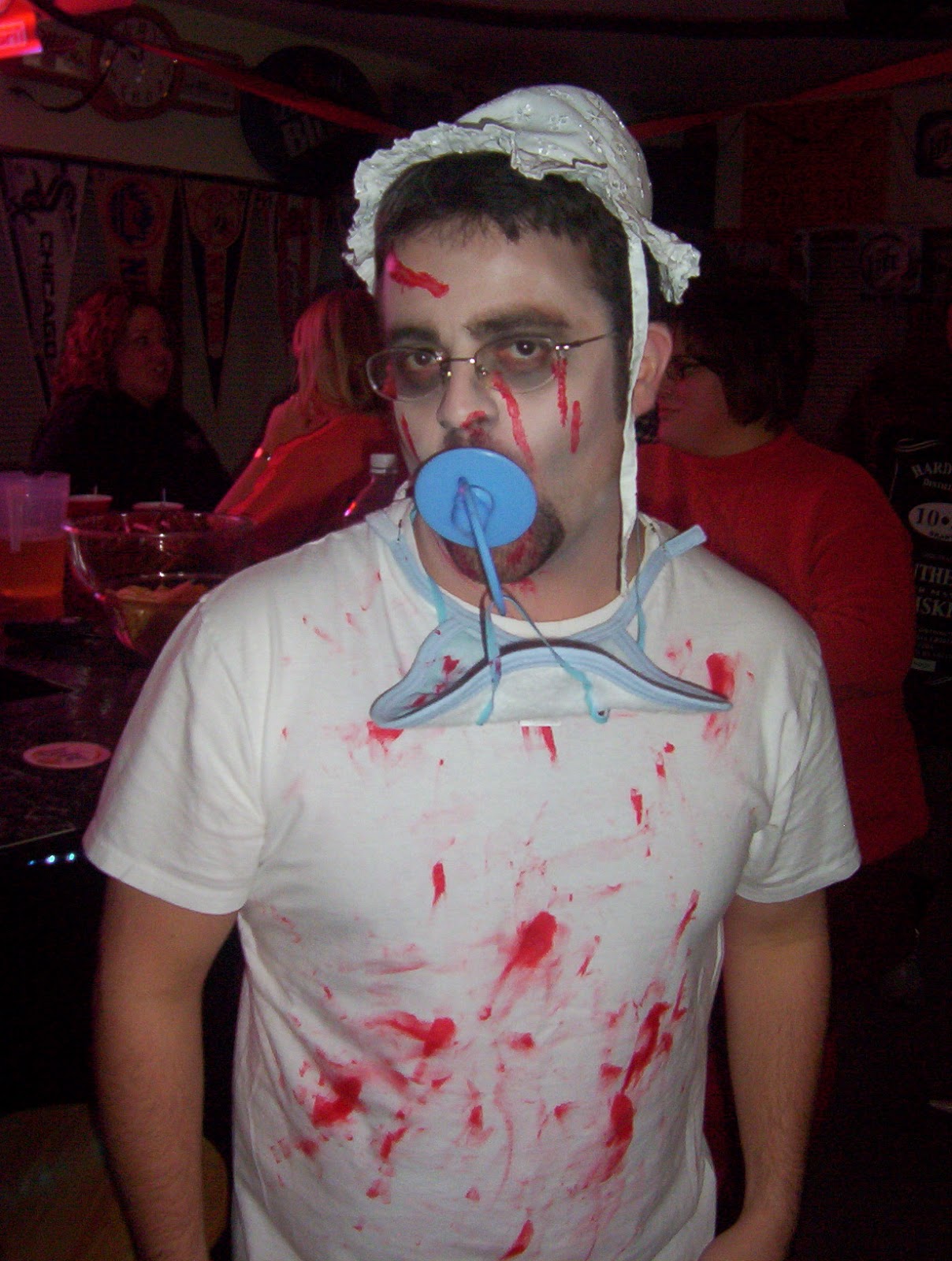