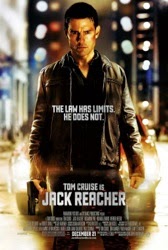 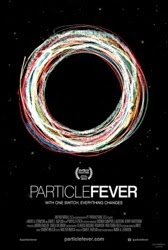 Adam Thas: Particle Fever (2014, dir. Mark Levinson) A very straightforward documentary about the Large Hadron Collider and its first few years in search of the Higgs Boson particle. Okay, I know you probably went to sleep just reading that sentence, but I really liked this movie. It follows the project in general, but specifically six scientists who are all working on different phases of the project. I was not aware that there are two competing theories on how the universe works (both too complicated for me to explain). That causes a lot of friction between people way smarter than you or me. Based on the results of the Collider experiments, half of the scientists in the movie will see their life’s work crumble. That might not sound huge, but we are taking about theoretical physicist who have 40 years of work and reputation based on their theory. I really liked the people in Particle Fever for their awkward charm, and the movie gave me hope in humanity that we could come together for something so huge. 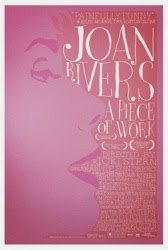 Erika: Joan Rivers: A Piece of Work (2010, dir. Ricki Stern & Anne Sundberg) Rest in peace, Joan Rivers. You paved the way for women in comedy, and you will be missed. 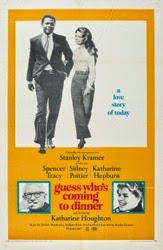 Heath Holland: Guess Who's Coming to Dinner (1967, dir. Stanley Kramer) Netflix has recently added the 2005 film Guess Who to its offerings, but if you find yourself considering pressing play on that movie about interracial relationships with Bernie Mac, Ashton Kutcher, and Zoe Saldana, be aware that the 1967 classic that the remake was based on is also on Netflix and arguably has much more to offer. Guess Who's Coming to Dinner stars Sidney Poitier, Spencer Tracy, and Katherine Hepburn (all three are Academy Award winners), and is a classier and better-acted film all around. Yes, the 1967 film is dated in some of its attitudes and it's a much different kind of movie than the remake, but the message is still valid (maybe now more than ever) and there's still a weight and realism that makes this version the one to reach for. 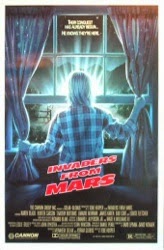 Patrick: Invaders from Mars (1986, dir. Tobe Hooper) When I first started doing these Netflix recommendations, I was trying to make a point to recommend movies I felt had been unfairly dismissed. When I saw that Tobe Hooper's remake of Invaders from Mars had hit Netflix Instant this week, I was thrilled for a couple of different reasons: A) it's EXACTLY the kind of movie I like to recommend, as I think it's better than its reputation (while still far from perfect); 2) It will give everyone the chance to read the essay I wrote on the film last year in which I suggest that this whole movie is Tobe Hooper's critique of Steven Spielberg; D) Hopefully seeing it in 2014 gives everyone the chance to appreciate all the things that are charming about the film. Plus, Scream Factory is putting it out on Blu-ray soon, because at this point I'm convinced they are choosing titles that only I like. DO THE MATH.
Posted by Patrick Bromley at 12:00 PM