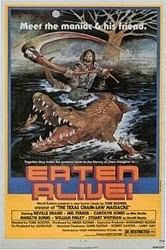 Tobe Hooper is the best, and it's high time everyone start recognizing that fact.

I've come to the realization in the last few years that Tobe Hooper is one of my very favorite horror directors. He's up there with John Carpenter and George Romero for the number of excellent movies he's made in the genre -- and, like those directors, his career experienced a pretty steep drop-off at a certain point and never really recovered. For some reason, Hooper doesn't get the amount of respect and accolades he deserves. He's one of the greats.

Here are the essential movies of one of horror's most underrated filmmakers. 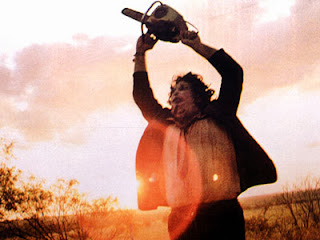 1. The Texas Chain Saw Massacre (1974) Though not his first feature (that would be 1969's Eggshells), the original Texas Chain Saw Massacre was certainly Tobe Hooper's breakthough film and the one that would, for better or worse, define the rest of his career. Calling upon his days as a documentary cameraman, Texas Chain Saw uses a cinema verité aesthetic that makes all of the horrible stuff that happens feel scarier and more immediate. Hooper wasn't the first guy to do it (even George Romero's Night of the Living Dead did something similar several years prior), but Texas Chain Saw is so sweaty, so claustrophobic, so unrelentingly terrorizing that it felt like a revolution -- a movie like nothing audiences had seen before and, honestly, that they shouldn't be seeing. The movie has a reputation for being one of goriest films ever made despite the fact that there is hardly any onscreen bloodshed. It's a testament to the movie's effectiveness and Hooper's skill as a director that The Texas Chain Saw Massacre has such power. This is the film for which Hooper is still considered a Master of Horror; while that's deserving, it sort of ignores the four or five brilliant horror movies he would go on to make over the next decade.

2. Eaten Alive (1977) Hooper's follow up to Texas Chain Saw Massacre is another sweaty, claustrophobic, grisly affair about a psychopath (Neville Brand) who runs a hotel in the swamp and feeds the guests to his giant pet crocodile. One of the most underrated movies in Hooper's filmography, Eaten Alive doesn't even need the crocodile for it to be great -- the atmosphere inside that miserable motel and Brand's insane performance is enough to make the movie a minor genre classic. It's also a much better indication of where Hooper's heart lies than the film that preceded it -- a cartoonish, ugly and darkly comic look at madness, murder and violence. You can really draw a direct line from Eaten Alive to The Texas Chainsaw Massacre Part 2. Maybe that explains why I love it. 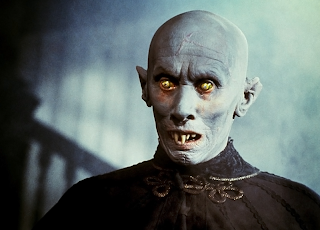 3. Salem's Lot (1979) Ok, so maybe this is cheating. After all, Hooper's movie version of Stephen King's Salem's Lot was made for television in the U.S. (though an edited version was released theatrically in Europe). But it would be impossible to talk about the career ascent of a Master of Horror without a) mentioning one of the movies that launched him to the A list and b) touching upon his first Stephen King adaptation -- a rite of passage for any self-respecting Master of Horror. Working from a script by Larry Cohen, Hooper's Salem's Lot has a lot going for it even in the television miniseries format; there are several good scares and Hooper gets us to invest in the characters more than in his past films. In that respect, it's a more accomplished movie. It hasn't exactly dated well, primarily because lead actor David "Don't Give Up On Us Baby" Soul isn't up to the demands of the role. But there's good stuff to, and shows Hooper as a filmmaker trying to be scary without his previously established bag of tricks. Reggie Nalder's makeup and performance as vampire Kurt Barlow owes more than a little to Max Schreck's iconic turn as the titular Nosferatu. It's Hooper paying affectionate tribute to the horror movies of the past -- something he would do much more in his next film.

4. The Funhouse (1981) I've gone on and on about how much I love The Funhouse on this site plenty of times already, so I won't die on that particular hill yet again. But it's a big leap forward in Hooper's career for a couple of reasons: 1) it was his first time working with a major studio, something he would really only get to do one more time the following year. 2) It represented a huge departure from the kind of horror movie he made with Texas Chain Saw Massacre. Here's a movie that makes a case for Hooper's abilities as a commercial filmmaker, even though he's unwilling to totally ignore his own instincts to subvert expectations. It's a brilliant hybrid of a studio slasher and a Tobe Hooper movie. It's also his best looking movie, with gorgeous photography by Andrew Laszlo. Like Salem's Lot (and later Lifeforce), The Funhouse is filled with loving references and tributes to the horror movies of the past. If pressed, I might argue that this is Tobe Hooper's best movie.

5. Poltergeist (1982) Well, here it is. The blessing and the curse of Tobe Hooper's career. He got to make a huge commercial success written and produced by Steven Spielberg -- a movie that should have propelled him to the A-list of horror directors. Instead, it's been 30 years of controversy and heresy about who REALLY directed Poltergeist, with most people pretty well convinced that the movie was ghost directed by Spielberg. Though it's impossible to deny Spielberg's interest (he did write it, after all), I'm still someone who thinks Hooper had much more to do with the film's success than he gets credit for. It feels less like one of his movies than the rest of his work, but it's also the only time he partnered with as big and authorial a collaborator as Spielberg. Looking at it now, it's a fascinating anomaly in his filmography -- a kind of commercial experiment. I'm happy he went back to making full-on Tobe Hooper movies. 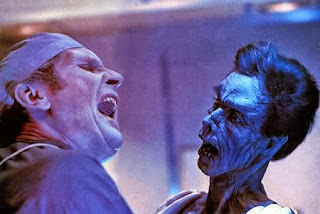 6. Lifeforce (1985) Hooper bounced back from the Poltergeist controversy with his most lavish, insane film yet (one which he has yet to top in the department of lavish insanity). Originally titled Space Vampires, the movie plays like a mix between Quatermass, Hammer Horror and '80s obsessions with vampires and nudity. Cut down by the studio (who also replaced large chunks of the score), Lifeforce was a movie destined to be misunderstood in its time. It's only now beginning to be reassessed as more than just "that movie where Mathilda May is naked a lot" and getting credit for just how fun and great it is. That's true of a lot of Hooper's work. 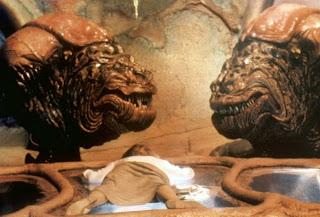 7. Invaders from Mars (1986) I don't remember where I read this recently, but I can't take credit for it. Some internet commenter somewhere pointed out that the grittiness and restraint of the original Texas Chain Saw Massacre existed only because of budgetary limitations -- that really, Hooper's heart lies with cartoonish excess that borders on the silly. One needs look no further than the movies he made under his three-picture deal with Cannon in the '80s as proof of that, and perhaps no movie exhibits those tendencies more than Hooper's remake of the 1953 classic Invaders from Mars. While it's clear that Hooper is a big fan of '50s science fiction, no real attempt is made to ensure that his remake is anywhere near as scary as the original. Despite working with both Stan Winston and John Dykstra on the visual effects, Hooper makes sure they retain a self-conscious B-movie quality. While not really crossing over into camp, the movie skirts right up against it for almost its entire running time. The remake is still pretty flawed -- among its problems is the lead performance by Hunter Carson, the son of co-star Karen Black and L.M. Kit Carson (with whom Hooper collaborated on Texas Chainsaw 2) -- but it's arguably one of Hooper's movies most due for a reevaluation. Like with Lifeforce, the general reaction at the time (and probably still) seemed to be that the silliness happened by accident. Hooper knew what movie he was making.

8. The Texas Chainsaw Massacre Part 2 (1986) The third and final movie in Hooper's contract with Cannon finds him revisiting the movie that made him famous, only with a completely different approach. Instead of the unrelenting terror of the original film, Hooper (working from a script by L.M. Kit Carson) turns the sequel into a black comedy that never differentiates the moments it's being satirical, cartoonish or revoltingly gory. It's all three simultaneously, and that is the movie's special genius. It's not for all tastes -- more people don't like it than do -- but it's a rare sequel that I prefer to the original. 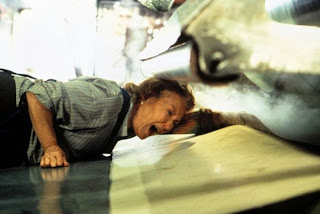 9. The Mangler (1995) Though I was tempted to give this slot over to 1990's Spontaneous Combustion, it has to go to The Mangler, Hooper's second Stephen King adaptation and his last movie to receive a wide theatrical release. Here's the movie that really finds the filmmaker on the decline. Though he's once again working from source material by Stephen King, Hooper is never quite able to crack the tone of this laundry-press-that's-possessed-by-a-demon story. The result is a movie that's too silly to be scary, but never silly enough to work as the black comedy Hooper was making in his '80s heyday. There's still a lot of his characteristic exaggeration, particularly as the movie goes on, but The Mangler mostly finds Hooper adrift in the changed marketplace of the 1990s.

10. Toolbox Murders (2004) After nearly a decade spent languishing in TV and direct-to-video releases like 2000's lamentable Crocodile, Hooper returned to form with this, a remake of Dennis Donnelly's 1978 movie The Toolbox Murders (the difference is in the "the"). Bolstered by a strong performance by genre favorite Angela Bettis (May), Hooper gets back to his '70s roots and directs a movie that's lean, brutal and violent but also very effective. Though it failed to really trigger a well-deserved comeback, Toolbox Murders proved that Tobe Hooper still has it where it counts. It's his best movie in nearly 20 years. 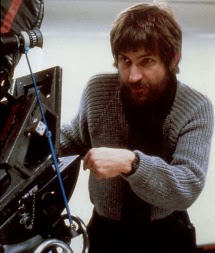