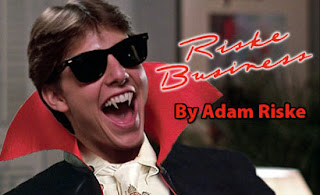 Last week’s overrated column was an epic backfire (you weren’t here to fish). Yet, it got the most comments ever for a Riske Business. I challenge all of us to break that record with positive feedback about underrated horror movies. 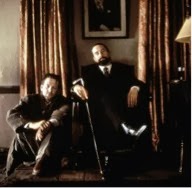 Angel Heart – First off, is there any director with a more varied filmography than Alan Parker? Angel Heart is one of his more interesting efforts. I’ve mentioned that my favorite type of horror movies are ones that strongly establish a mood, whether it’s provocation, weirdness or dread. Angel Heart would certainly fall into all three categories. The movie works as a noir detective mystery, a dark thriller and as a supernatural horror movie. All of the actors give weight to the kooky material – especially Robert De Niro, who is said to be doing an impersonation of Martin Scorsese here. Mickey Rourke is still in his prime, doing subtle and interesting work and the cast is rounded out by Marie De Salle (aka Lisa Bonet) before she made it to Chicago. Check this one out. It makes a great midnight movie!

Black Christmas – When I heard Patrick was going to watch Bob Clark’s Black Christmas for the first time, it made me happy because I knew he was going to discover a great slasher movie. 1970s horror movies (like this or Carrie for example) have an eerie sensibility unique to the decade. I’m not sure why, but everything seems ominous to me from the outset. Black Christmas is subtle in many ways but packs a punch when it counts. The obscene prank calls made by the film’s villain are especially scary -- not to mention his shrieking when he’s not on the phone. Any of his psycho sounds makes me piss my pants, and not in a sexy Fergie way! Plus, it has a shocker of an ending that stays with you long after you’ve finished the movie. If you haven’t given this one a shot yet, please do. Steve Martin has even gone on record saying it’s one of his favorite movies! Also worth recommending is Bob Clark’s Deathdream (also called Dead of Night), which is a moving zombie movie playing on the real-life horrors of the Vietnam War. I wish Bob Clark had the opportunity to make more horror movies. He definitely had a knack for it, Children Shouldn’t Play with Dead Things notwithstanding. 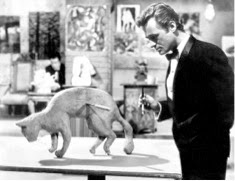 A Bucket of Blood – This spot could have easily gone to Spider Baby but I think the F This Movie! word has gotten out about that one, so I’m going to recommend Roger Corman’s horror comedy A Bucket of Blood. At times during this movie, you might be convinced it is the greatest thing you have ever seen in your life. It’s rare to find a movie this fun and witty, but even rarer in horror. Dick Miller was born to play Walter Paisley like Vin Diesel was put on this Earth to be (not play) Dominick Toretto. It’s a seminal performance by the gifted character actor. The movie is so much ahead of its time, with a silly but bright satirical take on the beatnik artist era and all its gruesome results. I can’t think of a better way to spend 66 minutes during Scary Movie Month. “I’m proud to say my poetry is only understood by that minority which is aware.” 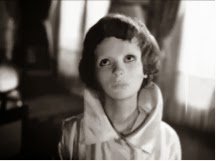 Eyes Without a Face – AAAAAHHHH! This is the French movie from 1960 where someone has their face taken the f*ck off (in long, graphic detail). Castor Troy would approve. The aforementioned surgery sequence is shake-your-head gross AND I still couldn’t look away. That’s no small feat. The reason the movie gets away with that scene is because you are already drawn into the tragic story. The gruesome surgeries are all organic to the motivations of the characters; it’s never just there to have a gore sequence. Eyes Without a Face uses the mad doctor trope to raise interesting questions about how far some will take matters to help their loved ones. The movie also features gorgeous black and white photography and a memorable performance by Edith Scob as Christiane, who would later don a similar crazy mask at the end of the movie Holy Motors. That one is not a favorite of mine but it’s a neat callback. 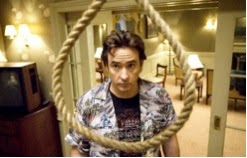 1408 – I remember critics and audiences liking 1408 back in 2007, but it seems to have been forgotten. I never hear anyone talking about it. The movie features a terrific John Cusack performance where he’s able to display a wide range of emotions, from nonchalant cynicism to strung-out despair; Samuel L. Jackson, in a nice movie star part, gets to utter a fantastic line (“It’s an evil fuckin’ room”) that is hilarious in its simplicity and bluntness. It’s so much better than his garbage catchphrase in Snakes on a Plane. I also love how playful 1408 is - from its effective scares (impressive for a PG-13-rated horror movie) to its jarring ‘was it all a dream?’ fake-out sequence. I can’t wait to revisit 1408 this October. It’s solid, spooky fun. Cusack should only check into hotel rooms if accompanied by Daphne Zuniga. 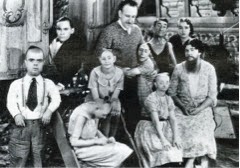 Freaks – The movie that probably best represents director and former circus performer Tod Browning is Freaks and unfortunately it’s the movie that basically ended his career. It would be like if Tim Burton was stripped of his clout after Edward Scissorhands. Like Edward, Freaks pities the monster(s) instead of ostracizing them. It’s a pretty simple revenge story, with the “freaks” (played by actual carnival performers not relying on makeup or special effects) righting the wrongs of one of their own from a “normal” woman who is swindling Harry Earles of his inheritance. The key to the movie’s success is that it personalizes the circus performers and presents them as a community of caring and talented people. Freaks is super short – cut to 64 minutes after horrible test screenings back in 1932 – so it’s not a big investment of your time. The last 10 minutes of this movie are a surrealistic delight of revenge fantasy. It’s kind of shocking how much pre-code horror could get away with (I’m also thinking of the great Island of Lost Souls, The Black Cat, etc). We focus a lot of attention (rightfully) on Universal horror of the '30s and '40s, but it’s good to check out some of the other gems of the era like Freaks or the work of producer Val Lewton (The Body Snatcher and Cat People being my favorites). 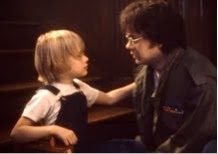 Jacob’s Ladder – It’s kind of funny that director Adrian Lyne took a break from making sex movies to add this one to his roster. As much as Jacob’s Ladder is an effective horror movie, it's an even more effective drama. It plays a somewhat similar game as The Sixth Sense, but Jacob’s Ladder (I feel) is the better of the two movies. It’s your classic nightmare scenario, with Tim Robbins in a charismatic performance as the PTSD-afflicted Vietnam Vet who is also in mourning over the death of his young son. The movie has a deep roster of solid performances from recognizable faces like Danny Aiello, Jason Alexander, Ving Rhames, Lewis Black and a pre-Home Alone Macaulay Culkin and some creative and overwhelming art direction. It’s quite the experience and very much worth your time this October or any other month. I can’t recommend it highly enough. SPOILER AHEAD: The ending of this movie destroys me every time I see it. I love that this waking nightmare movie switches gears and movingly becomes about coming to terms with death and the power of angels over demons. The image of Jacob’s son walking him into Heaven is one of my favorite moments in any movie. 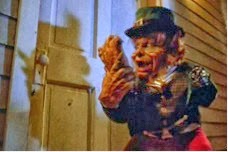 Leprechaun – This is the one I’m expecting to take the most shit over. And no, I don’t think it’s better than Alien. But I do think Leprechaun is sort of unfairly maligned. Is it stupid? OMG, yes. Is it scary? Not at all. But is it fun? Definitely, and that counts for something. As a kid and as an adult I think Leprechaun is a blast. Tell me you don’t laugh when you see the Leprechaun driving in a toy car on a country road, or riding a tricycle or pogo-sticking a coin collector to death? It’s all great. I think the key here is how game Warwick Davis’ approach is to the role. He gives this slasher a lot of personality and that helps pull this movie across the finish line. The sequels proved that you can only catch lightning in a bottle once with this character, as it went the Bride of Chucky approach right from the outset. I wonder if Leprechaun could have ever worked if they tried to make it scary instead of campy. Leprechaun is still one of Jennifer Aniston’s best movies.

Pulse – This one is on Netflix Instant, so get to it! Not to be confused with its lame American remake, Kiyoshi Kurosawa’s Pulse is one of the saddest and most affecting horror movies that I have ever seen. Pulse was prescient about the potential dangers of the internet and how it affects the ways people communicate. Even though we have access to one another more than ever before, it has still caused problems like social isolation and has strained in-person interaction. One of the great things about the horror genre is that it can take on societal issues while not seeming preachy, and Pulse is one of the best examples of that. It has a lot on its mind and a clear point-of-view -- one that is troubling and scary. 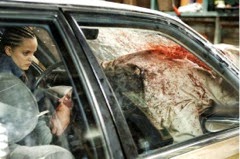 Stuck – Stuck is the most recent horror film from the great Stuart Gordon (Re-Animator, From Beyond) and it’s a very funny movie full of strong performances. It has a lot to say about poverty and the working class, but also subverts those expectations in surprising ways. Just when you are sympathizing with the down-on-his-luck and recently homeless Stephen Rea, boom, you start thinking of him as an annoyance. That’s because he’s really screwing things up for poor Mena Suvari, who is in full Norman Bates mode as a villain you want to get away with the crime if just to relieve the tension and get her back to her normal life. Stuck is a fun black comedy that is wise about human nature and the darkness just below the surface of otherwise good people.

What do you all think of these? And, what horror movies do you feel are underrated?
Posted by Patrick Bromley at 7:41 AM