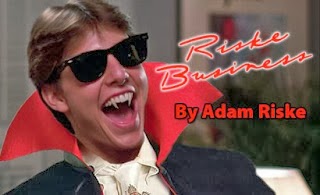 Here they are! The horror movies everyone but me seems to find value in. F these movies.

In no particular order: 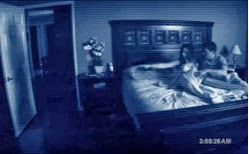 Paranormal Activity – The only real purpose of the Paranormal Activity series is to be scary. I simply don’t find the original scary. At all! It invented that horrible gimmick in ads of showing movie theatre audiences being scared viewed as if you’re SEAL Team Six (Tim from Jurassic Park is like “Cool.. Night vision!”). Paranormal Activity is the type of movie that teenage girls get together to watch so they can turn to each other in the theatre and giggle to each other “OMG! That was so scary!” The lead characters are annoying, which is a big problem when you’re stuck with them. I also never understood why Micah didn’t just leave Katie. They weren’t married. People break up all the time. Sound mean? Then you go be with her. She at least ruined his weekend. That’s unforgivable. They probably met on JDate anyways (I can make that joke. I’m Jewish. It’s O.K.).

Zombieland – I know this is more of a comedy than a horror movie, but whatever. I think it sucks and no one else seems to think that. Zombieland’s problem is that it takes nothing seriously, so it doesn’t work as horror -- like Shaun of the Dead or An American Werewolf in London. It’s too mainstream to be a gore fest and succeed on that level. It’s completely in love with itself, so it’s never funny. It’s just smug. Case in point: that Bill Murray sequence everyone loves so much. It’s funny at first, but then it becomes like the cinematic equivalent of watching someone pat themselves on the back for five minutes. I will say this: Woody Harrelson is good because he’s incapable of giving a bad performance. He even tries in Money Train, you guys! That’s an actor. Directed by Ruben Fleischer, who has yet to make a good movie. 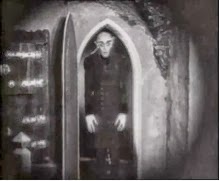 Nosferatu (1922) – Sorry, JB. I think this movie is real damn boring. Like, terminally boring. Do I appreciate Nosferatu? Yes and no. I agree that Max Schreck is doing something creepy and interesting and the character design/selected imagery are excellent. But isn’t that what they say about Lon Chaney and London After Midnight even though many say that movie (supposedly) isn’t very good? I feel this is a case where something has some cool shots and is old so someone decided one day that it was a “classic.” In full disclosure, I have issues with Silent Horror (exceptions are Lon Chaney’s The Unknown and The Phantom of the Opera). I always want to like them but after 10 minutes I sink in my seat waiting out the antiquated production to conclude. 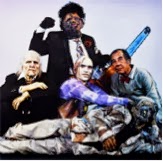 The Texas Chainsaw Massacre 2 – Sorry, Patrick. If someone gave me money to make a movie but told me that it has to look and feel like “barf,” this is what I would deliver to them. I found the experience of watching this movie to be indescribably oppressive. I have only seen Tobe Hooper’s original once, but that is because it is the scariest movie I have ever seen in my life. It kept me up the entire night after I watched it. The sequel, on the other hand, left me so aggravated and disgusted that I went outside and had a cigarette to put a better taste in my mouth. I don’t even smoke. Whatever the movie is trying to do or even succeeds at is cancelled out for me by what an utterly depressing experience it is to watch.

Friday the 13th – This could go for the entire series, but I’ll stick to the original. It’s not good. The Burning does everything Friday the 13th sets out to do, but better. It even has a cool slasher villain in Cropsy, whereas Friday the 13th had Jason’s mom. But Friday the 13th got there first (in the "camp slasher" subgenre) so it gets all the credit and prestige. I love how over the years the original has somehow become the “classy” one. Genre die-hards will acknowledge that some of the later Friday sequels are more successful, but every repertory theatre books the original Friday the 13th like it’s an example of classic horror cinema. What bullshit.

Fulci – I couldn’t narrow it down to just one, so I’ll say every Fulci movie. They’re all hateful, boring and poorly made. The closest one that comes to being good is The Beyond, and that’s just because it feels the least like a Fulci movie and more like Phantasm or Hellraiser -- which are not great shakes but are at least watchable. The closest I can come to giving Fulci movies props are for the photography and the music, but Dario Argento and Mario Bava do those even better. I can’t stand 95% of Italian Horror. It’s the worst. 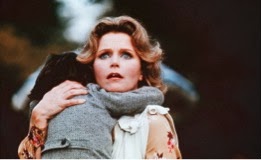 The Omen – My issue with The Omen (which I just watched for the first time this month) is that it is complete trash but still acts like it’s not. This is the type of horror movie that non-fans watch because it looks like a thriller. Then they try to convince you it’s good and clearly have no idea what they’re talking about. This movie is just as sleazy as some of the other movies on this list but because Gregory Peck is in it, it's all good? I don’t like the way this movie looks. I don’t like the evil child conceit. I hate the over-reliance on religion in an attempt to make the material more substantial than it is (I’m fine with religion in horror if there’s a point to make, like in Carrie or The Exorcist). The Omen blows.

The Ring – My main issue with The Ring is that people vaulted it to modern classic status. It’s not a bad movie, but it’s a movie that only works once. The Sixth Sense still works after you know the twist because you can watch it as a drama with suspense elements. The Ring doesn’t work as anything other than a cheap mystery; once you get what’s going on, there’s nothing there for you to think about. The Ring has no lasting effect. How could it be a classic? And that kid playing Naomi Watts’ son is so unpleasant. Ugh.

Alien – I’ve never warmed up to the original Alien. It’s a haunted house movie with a great set and a landmark monster. That’s all. The problem with that is that you hardly see any of the monster, so you’re left with enormous chunks of the movie with only boring characters. People give all kinds of credit to Alien for having blue-collar workers in space, but who gives a shit about their shares? I don’t. It’s uninteresting nonsense dialogue posing as character development. The payoffs of the scare sequences are too quick, so the buildup to them is mind-numbingly boring. It’s the horror movie equivalent of watching Bill Cosby do stand-up. You wait 35 minutes listening to a build to get to a punch line that’s decent but nothing great.

I think my big problem with Alien is I got there too late. I was born after this movie came out, so I saw its big moments in clip shows long before I saw them in the context of the movie when I was 11. But like The Ring, it only exists as a scare show. As a counterpoint, I saw all of the big scares from The Exorcist long before I saw that movie in its entirety, but The Exorcist still has scary IDEAS and works, again, as a drama – it’s about Father Karras’ faith as much as anything with Regan. Alien doesn’t have that, which makes it a far inferior movie. It also is not nearly as good as Aliens, which also makes it a far inferior movie. Aliens knows that a BUNCH of aliens coming at you in HIGH VELOCITY is scarier than ONE coming at you SLOWLY. It’s so slow that you forget why you’re fucking there. Hell, Mother (aka the voice of the ship) is scarier to me than the damn Alien. 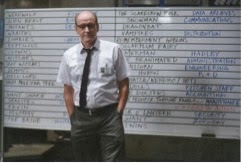 2) Whedon and Goddard are trying to make a point that the genre is broken. Well guess what fuckfaces, you’ve never made a good horror movie yourselves so you CAN’T TALK! Wes Craven can make fun of horror conventions in Scream because he’s made a lot of good horror movies! Without that, you are the peanut gallery. Shut up and make a good horror movie and then you have the right to talk shit about the genre on film. Stick to infantilizing America with superheroes or C-grade Star Trek knockoffs and “empowering” women by finding a new way to sexualize them to nerds.

3) They are lampooning things that have been out of fashion for years. For example, there’s a scene near the end with cubes of monsters and a Pinhead-look alike is one. Really, Pinhead? How is that relevant to modern horror? If the point is “let’s take the dry erase board, throw it out and come up with new ideas,” then isn’t Joss Whedon about the last person who should be saying that? His entire career is a regurgitation of media he’s consumed and tweaked with sarcasm with nothing original to say.

4) This movie is so fucking in love with itself. I knew I was in for a bad time from the “I learned it from you!” joke at the beginning. Get it? We’re making fun of an '80s anti-drug ad. Aren’t we cool hipsters? And that brings me to another point. At least that fucking anti-drug ad is sincere. There is not one ounce of sincerity in The Cabin in the Woods.

Finally, 5) It makes the stoner the hero/smartest guy in the room. I’m so tired of this trope. Pot isn’t the worst thing in the world, but it’s not something we should celebrate either. Especially when it portrays stoners as these little fucking gnome twerps like Fran Kranz’s character, Marty. We need less of those people in movies.

People love this movie. Horror fans whose opinions I value and respect love this movie. I don’t get why they don’t feel like it’s a movie that takes a crap on their fandom and stands proudly while it has nothing new to bring to the party.

So, there’s my list. Where am I right? Where am I wrong? What horror movies do you think are overrated?
Posted by Patrick Bromley at 2:05 PM