Lessons from My Mom 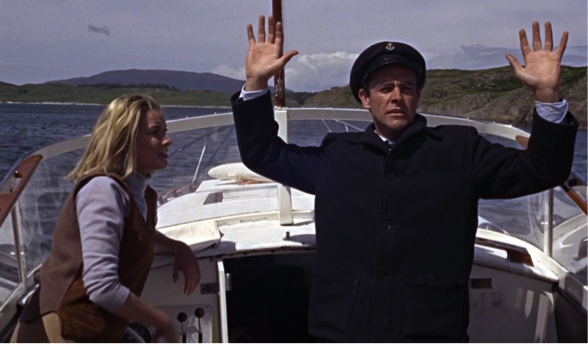 I don’t often want to blame my mom for my shortcomings, but she is definitely responsible for one of my addictions.

Like any genetic predisposition, it started in her own formative years. My mom grew up in the suburbs of Seoul, which, despite being South Korea’s largest city and now known as a cosmopolitan city of the world, was just an up-and-comer in the '50s and '60s. After decades of being a closed nation because of war and autocratic rule, Western culture, mostly in the form of a capitalist economy and entertainment, began trickling in. My mom remembers that the theaters were set up so that tickets assigned you to a specific seat, rather than general admission into the screening. And although there wasn’t a formalized segregation of sexes, there were definitely firm cultural ideas about what men could watch and what women could watch.

However, my mom didn’t care. She easily tired of the romantic fare her girlfriends enjoyed and instead gravitated toward historically based dramas, adventure stories, and war movies. She isn’t totally sure exactly WHY she liked these better. Maybe because she was the oldest child of my grandfather the professor, whose own tastes ran in that direction. Maybe because my mom was a little more mature than her friends, and rejected the easy appeasement of the overly sentimental. Or, as she puts it, she was didn’t like movies where she “already knew where the story was headed. So BORING.”

She loved Ben-Hur and Lawrence of Arabia. She absolutely ate up The Good, the Bad, and the Ugly. She and my dad went on their first date to watch Dr. Zhivago. My dad might have fallen asleep during intermission.
Her favorite memory, however, involves her first experience with James Bond.

From Russia with Love was released in 1964 in Europe and the US, but a year or so later in her country, according to my mom; it was also the first Bond movie released in Korea. She had tried but failed to rally her girlfriends to watch it with her, which is a conversation I would pay to re-hear. What arguments does a teenage girl fall back on to convince other teenage girls to watch an action movie with her? Was it like Korean Mean Girls, but about movies? You cannot build a time machine fast enough so I can find out.

Anyway, she ended up having to go alone, which was slightly a problem because of the aforementioned cultural norms of what movies girls were supposed to watch (I don’t know how getting all of her girlfriends to come watch would solve this, but misery loves company or something). She solved it by waiting until the house lights went out before scampering to her seat, and leaving as soon as the credits popped up, before anyone could see. She did mention that someone was silly enough (and unoriginal enough?) to point at her as she made a hasty exit and yell “Hey, that’s a GIRL!” Ah, adolescence.

But none of that mattered, because she fell in love with the movie. “I’d never seen anything like it before” she remembers. “The cars, Sean Connery, the explosions, the locations, it was so cool!” (She neglected to mention “the misogyny.”) She loved the movie so much that she snuck back in to watch a later show, but since it was a full house, she sat on the stairs the whole time. Considering the blatant chauvinism and the sometimes racy content, I was surprised she loved it so much, but no matter, we owned a VHS of every Bond movie growing up, and it was a special treat if the local television channel decided to play a Bond movie on Sunday night.

She and my dad always made it a point to watch everything together with me, rather than just setting me in front of the TV. When E.T. the Extraterrestrial came out in 1982, they took me to see it seven times in the theater. I had an E.T. themed birthday party, a Trapper Keeper, folders, and pencils. They took me to see Return of the Jedi, Ghostbusters, and Indiana Jones and the Temple of Doom.

But they didn’t just take me to “kids’” movies; they brought me along for all of their movies too. I remember watching Amadeus way too early in my life, and dropping a deuce in my shorts when the guy in the black costume knocked on Mozart’s door.
I saw, but didn’t really remember, Witness, The Mission, The Last Emperor, and anything else my mom thought was not just a good movie, but had some worthwhile message as well (don’t worry, she still took me to see all the fun stuff too). And a few years later, when I started making my own movie choices (and my own choices in art in general), I couldn’t help but feel the weight of her influence on them. I loved adventure and historical drama, but developed a taste for science fiction and fantasy as well. I shied away from romances for years. I still can’t really watch horror movies. But, I think my mom helped me develop the type of aesthetic I wanted to enjoy, and encouraged a maturity of thought in understanding why I liked one thing over something else. It set me on the path to learn what the difference was between a movie that worked and one that didn’t, but still respecting the one that didn’t.

It made me someone who appreciates the effort in the construction of art, which is one of the best things that someone can ever teach you.
Posted by Patrick Bromley at 1:00 PM

Email ThisBlogThis!Share to TwitterShare to FacebookShare to Pinterest
Labels: amadeus, dr. zhivago, from russia with love