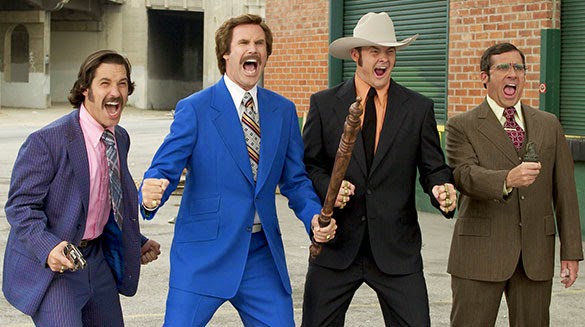 Chili Palmer (John Travolta) lays out the MPAA's arbitrary rule: "Do you know that, unless you're willing to use the R rating, you can only say the F-word once? You know what I say? F**k that. I'm done." While there are several recent PG-13 movies with two (or even three) F-bombs (The American President, The Social Network, The Tourist, etc.), one is pretty much the standard. Officially (supposedly), movies can only use it once, but not in a sexual context (i.e., you can say "f**k you," but not, "I want to f**k you" [even though I do]). And, if you go back far enough (say, the early '80s), you'll even find a few PG movies (Beetlejuice, Spaceballs, Big, etc.) cursing up a storm. We live in a crazy world, is my point.

Yeah! Wolverine! He wants to star in his own garbage movies, not your critically acceptable ones! Some love this scene between Charles Xavier (James McAvoy), Erik Lensherr (Michael Fassbender) and Logan/Weapon X/Snickety-Snoink (Hugh Jackman). I say it needlessly sucks you out of the movie. Agree to disagree!

Remember when Christian Slater was a fresh-faced bad boy, complete with a Jack Nicholson scowl and a glorious, bad boy shock of hair? I mean, I know he's still working (ABC's Mind Games didn't go with a CGI bad boy/con man, despite my letter-writing campaign); it just FEELS like he fell off the face of the earth after Kuffs. Welp, here he is, sporting a British accent. And swearing. Like a bad boy! 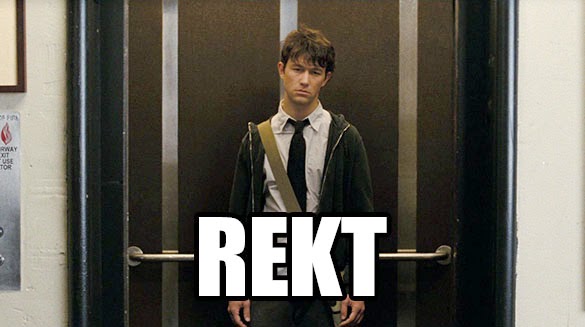 "Roses are red, violets are blue, f**k you whore." Again, I LIKE this movie. And, setting aside the whole ridiculous job angle, this line is pretty funny. It doesn't hurt that it's also delivered by Agent Coulson. 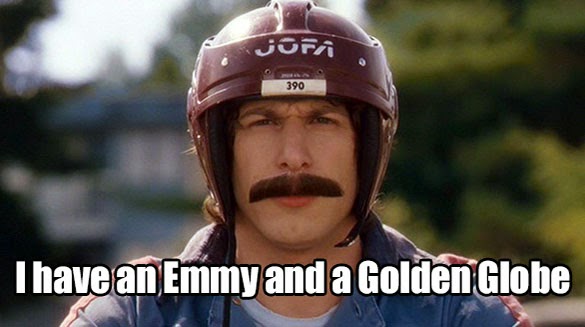 Rod Kimble (Andy Samberg): "They grow up so fast." Angry Mom (Terri Anne Taylor): "Get the f**k off my porch." Rod Kimble: "Sounds good." Honestly, this is probably the worst use of the F-word in this list. Why am I being so critical? Because Hot Rod rules. It's an underrated comedy gem with many great jokes and beats. It's disappointing that, instead of using f**k to accentuate a joke or elevate a scene (yes, I'm aware of what I'm saying), its use here is cringe-worthy. Maybe it's Angry Mom's delivery? I dunno.

Arguably the third best Christmas movie of all time (after It's a Wonderful Life and Die Hard, respectively), this scene captures Clark Griswold's (Chevy Chase) yuletide breaking point. And, unlike Hot Rod above, the expletive here punctuates the moment nicely (I sound like a snob, don't I?). Bonus points if you know who Danny Kaye is. 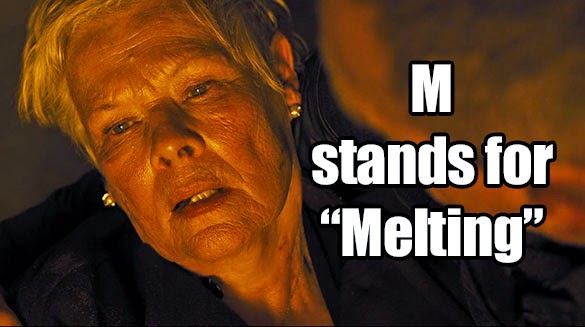 "I really f**ked this up, didn't I?" The first F-word in the whole Bond series (excusing Timothy Dalton's obscured "f**king hell" in The Living Daylights), courtesy of M (Dame Judi Dench). In this instance, the profanity isn't funny, nor is it used to shock the audience (although shock it does, especially if you're a 007 purist). It's a somber admission; a guilt-laden confession. And it's as sad as it is effective.

Jesus. Remember when Adam Sandler was THE FUNNIEST? Billy Madison (Adam Sandler): "Whoa, whoa, whoa, Miss Lippy. The part of the story I don't like is that the little boy gave up looking for Happy after an hour. He didn't put posters up or anything. He just sat on the porch like a goon and waited. That little boy's gotta think, 'You got a pet. You got a responsibility.' If your dog gets lost you don't look for an hour then call it quits. You get your ass out there and you find that f**king dog!" 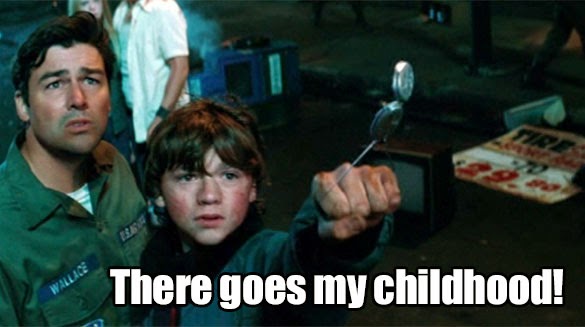 When Donny (David Gallagher) sees an overturned bus, he naturally exclaims, "What the f**k?" Sure, he's older, but he's still kind of a kid. J.J. Abrams' throwback to the kinds of films he grew up with is different than most modern-day kid-friendly pap. There's an edge. Things aren't perfect. Innocence is fleeting. And the creeping responsibility of adulthood is right behind that alien.

Who would you rather f**k with? The Lords of Hell, or the babysitter? Technically two F-words, but what the heck. Also, dishes are done, man.

Another use of the F-word that doesn't go for comedic effect. In fact, watching this scene almost feels archival. Sure, Abbie Hoffman and Forrest Gump never actually met (because one of them ISN'T REAL [take a guess]), but it feels authentic and, surprisingly, inoffensive. 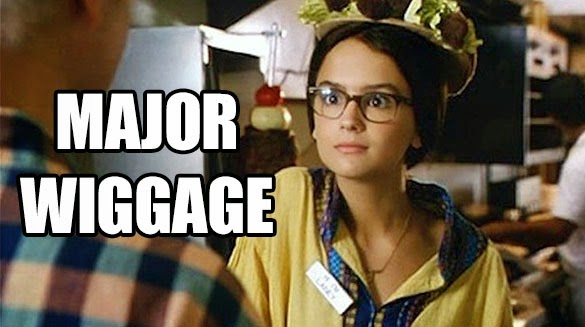 Laney Boggs (Rachael Leigh Cook): "Am I a bet? Am I a f**king bet?!" My favorite example on this list. I MAKE NO APOLOGIES. I really wish plain Jane ponytail would kiss me. Beneath the bearded barley. In closing, I'll just leave this here ... Jake Wyler (Chris Evans): "No, no, no, no, anyone but her! Not ... Janie Briggs! Guys, she's got glasses and a ponytail! Aw, look at that, she's got paint on her overalls, what is that? Guys, there's no way she could be prom queen!"
Posted by Patrick Bromley at 6:00 AM