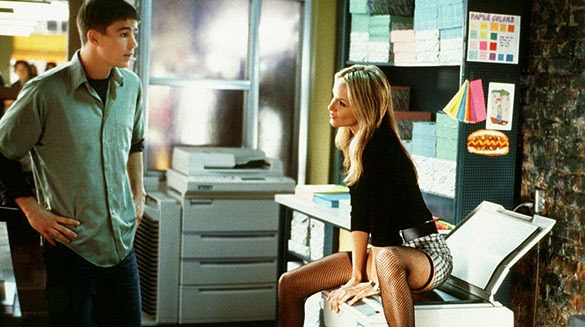 Because F your open-concept loft and your casual dress code and your glorious expense account. This one pretty much goes without saying. In a small way, Big ruined adulthood for millions of kids who grew up in the '80s expecting to have a fun job when they grew up. No, your future job will not allow you to shoot silly string out of your nose at your best friend (right Patrick?). And no, you will not get to fuck Elizabeth Perkins when you're 12 (right Patrick?). Josh Baskin (Tom Hanks) gets a low-level job at MacMillan Toy Company after becoming, you know ... BIG. Whilst shopping at FAO Schwarz, he runs into his new company's owner, Mr. MacMillan (Robert Loggia), and charms him with his toy knowledge, childlike wonder and mad floor piano skillz. And guess what kids? Playing "Chopsticks" with your twinkle-toed boss will NOT earn you a promotion testing toys. 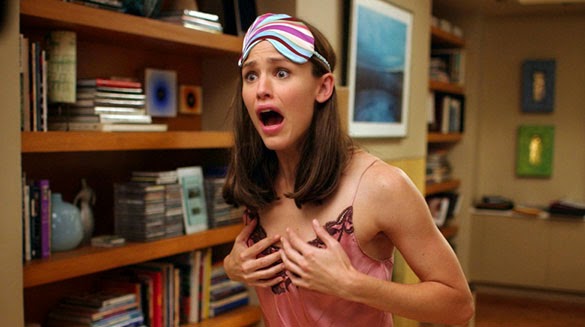 A very realistic job (because you're reading this) portrayed in the most implausible way possible. Whether it be for a newspaper, a magazine or a stupid blog (present blog excluded), I'm always irked by portrayals of "writers" in movies. Examples include 13 Going on 30, How to Lose a Guy in 10 Days, Never Been Kissed and Sex and the City. Enough of the glamorous parties, Manolo Blahniks, "quirky" best friends, Manhattan brownstones, avuncular bosses (see also: tough-as-nails bosses) and loose deadlines (he says as he types this the night before it's due). "Frost yourself!"

This one had to be separate from "Writer, general" because it's just so goddamn stupid. Listen [LISTEN], I'm a big fan of (500) Days of Summer, but Tom Hansen's (Joseph Gordon-Levitt) occupation as a greeting card writer is more fantastical than our protagonist envisioning himself as a Han Solo-esque Lothario after bedding the eponymous Trixie. "I love ... us." More like "Barf love ... ugh" (amIright?). 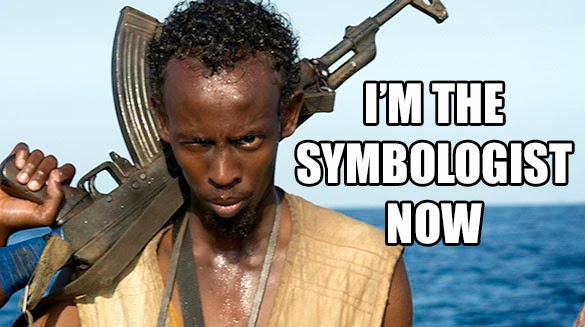 Yeah science! Whenever the world's in danger of imploding because of some shadowy secret society -- whether it be the Illuminati, the Priory of Sion or the Freemasons -- Robert Langdon is called to ... decrypt the backwards-written clues? Have sex with Audrey Tautou? I literally have no idea. The once-great (and still a little great, I guess?) Ron Howard and Tom Hanks have succeeded(?) in bringing Dan Brown's pedestrian prose to the big screen in The Da Vinci Code, Angels & Demons, and the upcoming film adaptation of Inferno. And the results are meh!

Yes, just like "Writer, general" (above) this job also exists. And yes, a lot of smaller dot-com firms do, in fact, still have hip warehouse-type spaces with exposed brick, where scruffy-haired geeks work alongside hot female interns. And yes, you too can work for a company like this ... if you're happy with an annual salary of $15,000. Look [LOOK], I don't know why, but whenever I see a film featuring young twentysomethings going to work [late] at their Bay Area startup I get VERY MAD. Case in point: 40 Days and 40 Nights. I want these jobs to exist! But for good pay! And when I graduated college in 2000, they kind of did! But now they're gone! And now Candy (Monet Mazur) will never show me the location of her future [pussy] cat tattoo on the copy machine in the layout room! You see why I'm so upset! 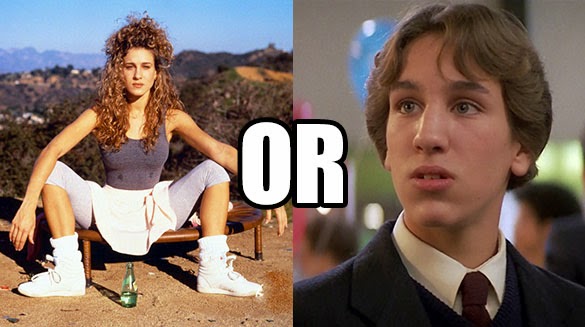 In Failure to Launch, Paula (Sarah Jessica Parker) helps men who refuse to move out of their parents' house gain confidence by dating them. You know -- like a prostitute. A prostitute who looks like Gabriel Jarret.

Because when the earth needs saving, NASA's all like, "DURRRR." Why train astronauts (who are already pilots, engineers and scientists) when you can get the Deepwater Horizon backup crew to blow up that giant space rock? In Armageddon, a global killer the size of Texas demands the drilling expertise of Bruce Willis (so much BWF), Ben Affleck (now with daVinci veneers!), Steve Buscemi, et al. The coolest part about this fake job? The Gatling gun on the asteroid rover! Because, you know -- debris elimination.

There are two career camps under this category -- the investigators and the busters. The former group can be seen in The Conjuring and Poltergeist. "Scientists" looking to help (or bamboozle) vulnerable families suffering from an apparent apparition infestation. The latter group -- your Ghostbusters  -- kicks all kind of ass. 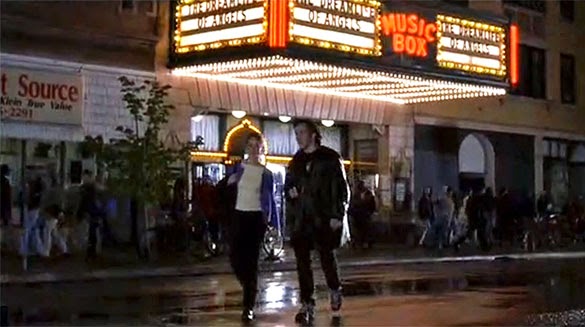 "She reviews movies for a living, which is unassailably cool, even if she does make these little notes with this little flashlight pen. We have a good time, and we hate the same actors, and everything's going great."
Posted by Patrick Bromley at 6:00 AM