Seriously, we get you guys the nicest presents. 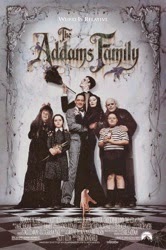 Adam Riske: The Addams Family (1991, dir. Barry Sonnenfeld) It took 23 years, but I think I am finally on board with this movie. It's perfect to watch pre-Scary Movie Month because it's just enough of a Halloween movie to get you in the spirit but not technically horror so it isn't cheating. Anchored by Raul Julia (who is very funny as depressed Gomez) and Angelica Huston, The Addams Family was rightfully criticized when it was released for its weak screenplay, but by today's standards it's not so bad. What a sad state of affairs that is. The movie is worth watching for its fantastic production design alone. Plus, it's fun. In today's blockbuster fare, that is in short supply. 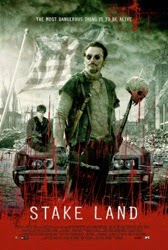 Adam Thas: Stake Land (2010, dir. Jim Mickle) You start with a post-apocalyptic movie, add some vampires, mix in zombies, a pinch of religious fanaticism, and you have Stake Land, a movie that offers a unique twist on a very overdone genre by just tweaking things ever so slightly. The movie is about a point A to B journey that has some of the same tones as The Road without the incessant need to slit your wrists. I really liked the pacing; it has some good action and dramatic beats while still taking some moments to be quiet and shows how people interact and find their place in a new type of world. Stake Land has some problems at the end that left me feeling a little unsatisfied, especially with how they wrapped up the “villain” plot. If you like horror, action, and post-apocalyptic movies, I think you’ll enjoy your time with Stake Land. 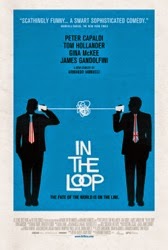 Doug: In the Loop (2009, dir. Armando Iannucci) If you're a fan of the HBO show Veep, you're probably also a fan of show creator Armando Iannucci (and his bracing, acerbic dialogue), director and cowriter of In the Loop. In many ways, the film is a natural forerunner to Veep in both style and tone, with even some of the same actors making appearances (notably, Anna Chlumsky and Zach Woods). It's definitely not for everyone. Heck, it even took me a bit to get on board with In the Loop's hyper-cynical, caustic vibe, and I enjoy these kinds of insider "beltway" political pieces. If you're willing to laugh at the absurdity of transatlantic warmongering by dogmatic, partisan clowns, give it a watch. 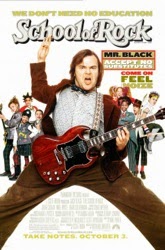 Heath Holland: School of Rock (2003, dir. Richard Linklater) School is back in session and this is the perfect time of year (before things get SCARY) to revisit Richard Linklater's School of Rock. I recently wrote an entire article about my experience with this movie and how I've changed my mind about it, and I'm glad that Netflix has added it to their streaming service. Jack Black is great, the kids are fantastic, and the movie perfectly balances the sweetness and innocence of youth with the rebellion of rock 'n' roll. This is a classic; I wish I'd realized that a few years ago. 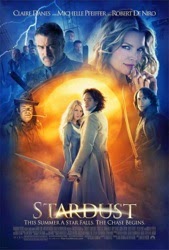 Patrick: Stardust (2007, dir. Matthew Vaughn) In my tradition of recommending underrated or unfairly overlooked movies available to stream on Netflix, allow me to recommend Stardust, an underrated movie that was unfairly overlooked back in 2007 (but which has since developed a following). This is a movie that recalls the fantasy films of the '80s in the best way, part Princess Bride, part Time Bandits. Based on Neil Gaiman's novel of the same name, Stardust is messy and overstuffed, spilling over with too many characters, too many ideas, too much wit and imagination. Future Daredevil Charlie Cox is an affable lead, and his chemistry with the slightly miscast Claire Danes is sweet and adorable. Michelle Pfeiffer gets to be a villain and say some things about being a woman getting older in Hollywood. Robert De Niro gets to be silly. Ricky Gervais gets to shut the fuck up. What more could you want? This is such a charming movie.
Posted by Patrick Bromley at 12:00 PM