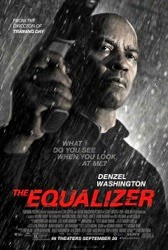 This shit’s checkers. It ain’t chess.

I can’t say that I’m surprised or disappointed by the end result of The Equalizer, directed by the competent if nondescript Antoine Fuqua (Training Day, Olympus Has Fallen). I wasn’t expecting it to set my world on fire, but I was expecting it to be better than...this. It’s a lousy movie, one rung below an interesting failure, in which Denzel Washington is actually its biggest problem. He is miscast and acting as much as an executive as a star.

Denzel Washington carries a different type of energy than that of The Equalizer. Where Denzel is intelligent and a little grim, this movie is fucking ridiculous so it needs a lighter touch. Patrick mentioned in a Heavy Action column way back the concept of “the other,” which is (I’m paraphrasing) essentially a larger-than-life presence who is an outlier, someone uniquely different than everyone else. Denzel Washington is not that. The Equalizer should have been played by Arnold Schwarzenegger, Jean-Claude Van Damme or Steven Seagal. It’s their type of movie. It’s not Man on Fire. 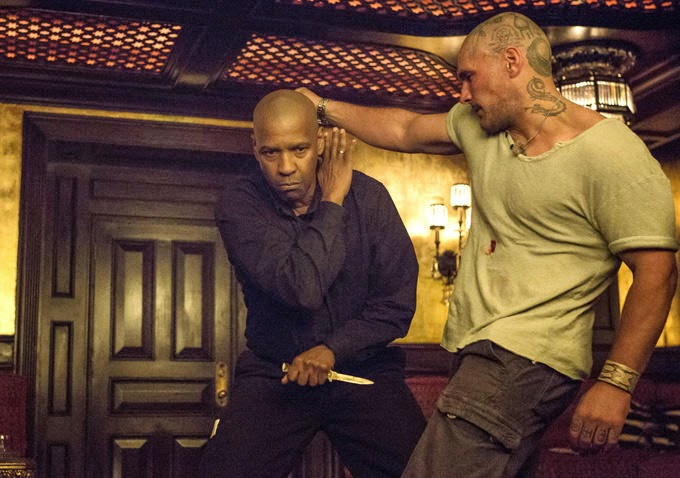 I thought this especially during The Equalizer’s endless climax inside a Home Mart (the movie’s stand-in for Home Depot), where Denzel’s character takes out an endless string of bad guys utilizing power tools and other home and garden equipment. This sequence should play like the end of Commando, but instead it feels similar to the dock sequence in Batman Begins with Washman jumping out of the shadows. The tone is off. We have a ridiculous story trying to be gritty.

The plot in brief: Robert McCall (Denzel Washington) is trying to lead a quiet life and leave his mysterious past behind him. McCall fills his days with a regimen that includes visiting a local diner late every night, having a cup of tea and reading a book. At the diner, McCall meets Teri (Chloë Grace Moretz), a young girl who is a prostitute for a ring run by local Russian gangsters. Knowing he has to help her (and he’s the only one who can), McCall chooses to exact vengeance against the employers who abuse her. 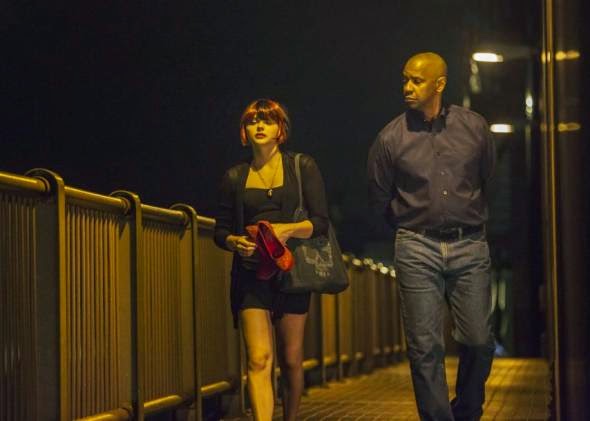 The movie is not without its charms. Some of it actually works, which makes its march downfield into Shitty Town all the more disappointing. The opening 30 minutes, where we get to know Robert McCall, is well done with nice touches, such as the fact that he’s reading his way through the “100 Books You Need to Read Before You Die” and that he’s mildly OCD about his place settings and tea bags. There is a series of diner scenes that open the movie used to establish the relationship between McCall and Teri which are all excellent. Denzel Washington has a way of elevating the work of the actors he shares scenes with, and it’s definitely the case with Moretz. She’s rarely been this good. I think it’s just something about diners. Have you ever noticed that 95% of scenes that take place in diners are good scenes? Must be the Formica. It’s an elevator of acting.

I mentioned that the movie is one rung below an interesting failure and I mean that, because while the movie more or less sucks, it has interesting elements. I thought it was neat that the Bill Pullman and Melissa Leo characters have their roles reversed, where Leo is Washington’s old chum and Pullman is basically the supportive wife. It doesn’t lead anywhere, but the effort is admirable. I also found The Equalizer to have an interesting spin on the superhero genre. A big portion of the reason Leo’s character is on hand is so she can acknowledge that McCall is essentially asking her permission to be The Equalizer again. It reminded me of Peter Parker’s existential plight in Spider-Man 2, or the speech from David Carradine at the end of Kill Bill where he extolls on how Superman is Superman, pretending to be Clark Kent. In this case, McCall is The Equalizer and not the man trying to leave his past behind. He does what he does because it’s in his DNA, figuratively, to do what he does because he can. The superhero motif is also supported by an interesting shot mid-way through the movie featuring The Equalizer’s main villain (played by Martin Csokas), who is filmed upside down momentarily so that it looks like he’s an evil tattooed presence flying over the city, ready to swoop down on people like a vulture. 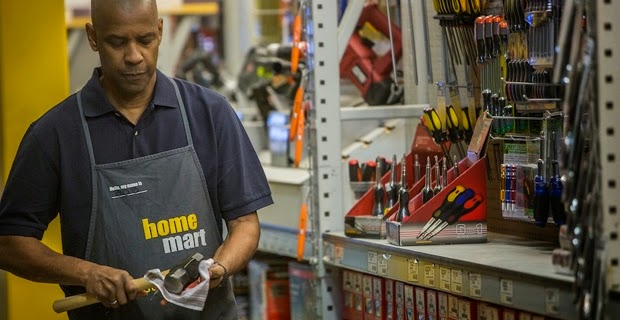 This raises a question I have for you all. What movie do I review here? The one that sucks in the actual experience of watching it? Or the one that lives on in my mind after seeing it because it has some interesting elements? I think judging both equally is the answer, but it’s tough because one should weigh more heavily than the other. I think movies are primarily trying to make you feel as opposed to think, so the experience means more.

That being said, The Equalizer is sludge to get through. I was bored. It’s lazy and mindless. The movie is over-the-top in a way where it’s just a slow retreat into violence for the sake of violence, but not dealt with in a fun way. It’s all heavy-handed. The pace in endless. It’s not entertaining in the way that great trash can be. Sigh. There’s a scene about 2/3 of the way into the movie where Denzel walks away from an explosion and it’s so ludicrous that it made me pause for a minute and think "This is the guy from Philadelphia and Malcolm X!" Is he officially in his Joseph Cotton/Dr. Phibes phase? I wanted to scream out “No!” It’s such a waste of talent. 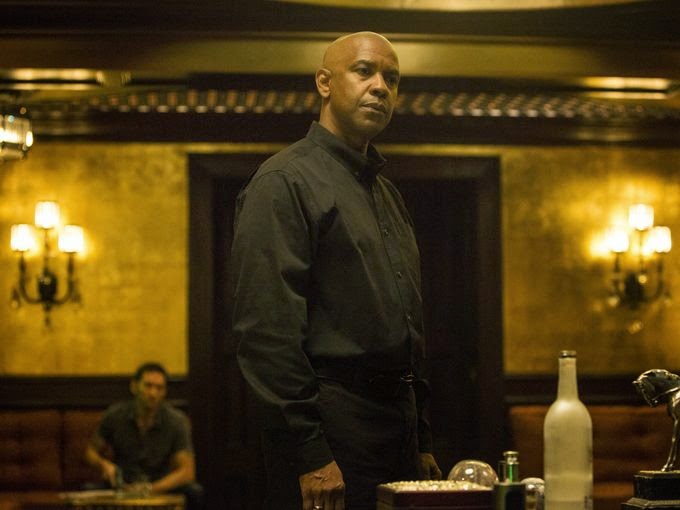 The Equalizer is a movie that’s all about its marketing. It’s based on an IP people know and can make the studio and its star a bunch of movie. It’s a product. It’s made by executives and not artists, and I’m including producer Denzel Washington in that critique. Whatever. Whatever the fuck ever.
Posted by Patrick Bromley at 6:00 AM