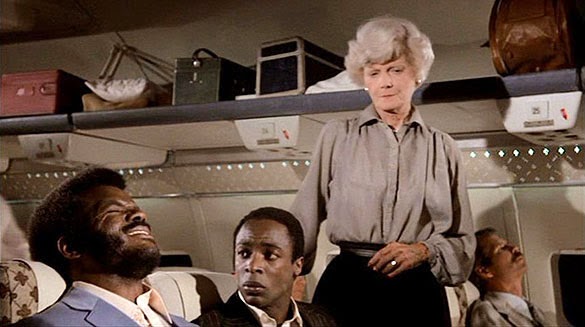 "It ain't cool being no jive turkey so close to Thanksgiving." Remember when Eddie Murphy made funny movies? Two enormous thugs (one of whom only responds with a baritone "YEAH") approach Billy Ray Valentine (Murphy) in jail after questioning the veracity of his arrest story (he purports to be a karate expert who viciously beat up a guy, even though the witnesses saw him crying when he was being booked). Feeling offended, Valentine insults them, and the heavies deliver this classic line before hoisting him up onto the bars of the cell. I should also note that the characters' names are Big Black Guy (Ron Taylor) and Even Bigger Black Guy (James D. Turner). YEAH. 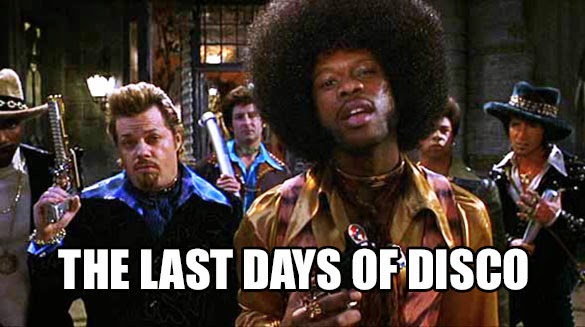 "That's it. That's your name. Six Jive Turkeys. You dig, man?" In this film, the Disco Boys gang, which includes Tony C (Pras), can't remember the NAME OF THE MOVIE, and refers to Mr. Furious (Ben Stiller) and his crew as "Six Jive Turkeys." It's a throwaway line, for sure, but I'd be remiss if I didn't mention it. Fun fact: actor Ernie Lee Banks was in both Mystery Men and the 1974 film Jive Turkey (a.k.a., Baby Needs a New Pair of Shoes). THE MORE YOU KNOW.

I channel Homer Simpson whenever I watch this movie: "Be more funny!" I mean, with a supporting cast consisting of comedy heavyweights Will Arnett, Andy Richter, David Koechner, Rob Corddry, Matt Walsh and Tim Meadows, this should be Will Ferrell's funniest film (f)yet! And yet, no. HOWEVER, this scene is pretty great, and "jive turkey" is a big reason why. Lou Redwood (Arnett) overreacts when fellow poker player Cornelius Banks (Meadows) calls him this NOW FAMOUS insult. My favorite line? "Now Lou, nobody called anyone a J.T." 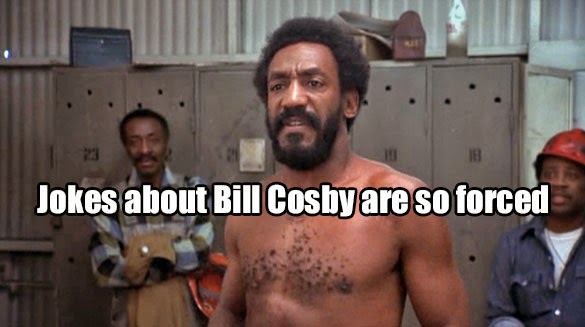 "Mr. Cosby, are you familiar with the phrase, 'jive turkey'? Mr. Cosby is shaking his head no."

"Shazam! Up yours, jive turkey!" Remember when Beyoncé was all, "I'm an actor!" Then she took on the role of Foxxy Cleopatra, and the world collectively responded, "No, you're not!" Sure, she's made one or two more "serious" movies since this Mike Myers' joint (Dreamgirls and Cadillac Records come to mind), but let's be glad she stuck with singing (and "Single Ladies" strutting, because there's NOTHING wrong with that) instead. Should we feel bad that she gets kicked in the face by the eponymous villain immediately after delivering this line? SHOULD WE?

"Come on you jive turkeys, what kind of rundown is this?" I know it's a cheat, but I'm using this modern parody to represent the dozens of genuine Blaxploitation films from the '70s that actually featured unironic references to "jive turkeys." Here, it's a throwback line (one of two) that poke fun at both slang and the genre in general. Still, the movie's funny (if not a bit one-note), so it's all good. Respect. 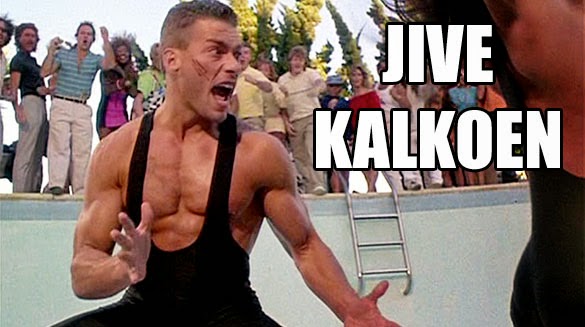 "I Ieft them other jive turkeys way behind." Isn't it about time JCVD gets an Oscar? Not win an Oscar, per se ... just "gets" one. For all the ass-kicking. Let's make this happen, F-Heads!

Happy Thanksgiving!
Posted by Patrick Bromley at 5:00 AM