This week I’m thankful for all the hundreds of hours I’ve spent watching the extras on DVDs. And pie.

We talk a lot about the special features on DVDs and Blu-rays around here, and it sometimes seems that the documentaries, deleted scenes, commentaries, and gag reels that used to round out the supplemental materials on just about every shiny disc we buy have become either absent entirely or are now little more than air and fluff. Is it possible to spend thirty minutes watching footage and interviews of a movie being made and still not learn a single thing? You better believe it is. Increasingly, studios seem to be dumping extra content onto home media releases that contain precisely 0% substance and value. It’s the video equivalent of white noise. Bye bye, insomnia!

It wasn’t always like this. When the format of DVD was new, each release brought a new and deeper connection with the film’s stars and creators. Robert Rodriguez taught us everything from financing our own indie films to the best recipe for fake blood. Tarantino (via interviews) taught me when 8mm was a better choice than 16mm and vice versa. Commentary tracks were usually very honest and revelatory; it took a while for most directors to realize that they had to walk a political line when they sat in front of that microphone, and those disclaimers that warned us that “the views and opinions expressed in this commentary do not necessarily reflect those of the studio, its parent company, the plant that pressed the discs, the guy who Photoshopped the cover art, or your mama” were there because you knew somebody was going to be dishing some delicious dirt. 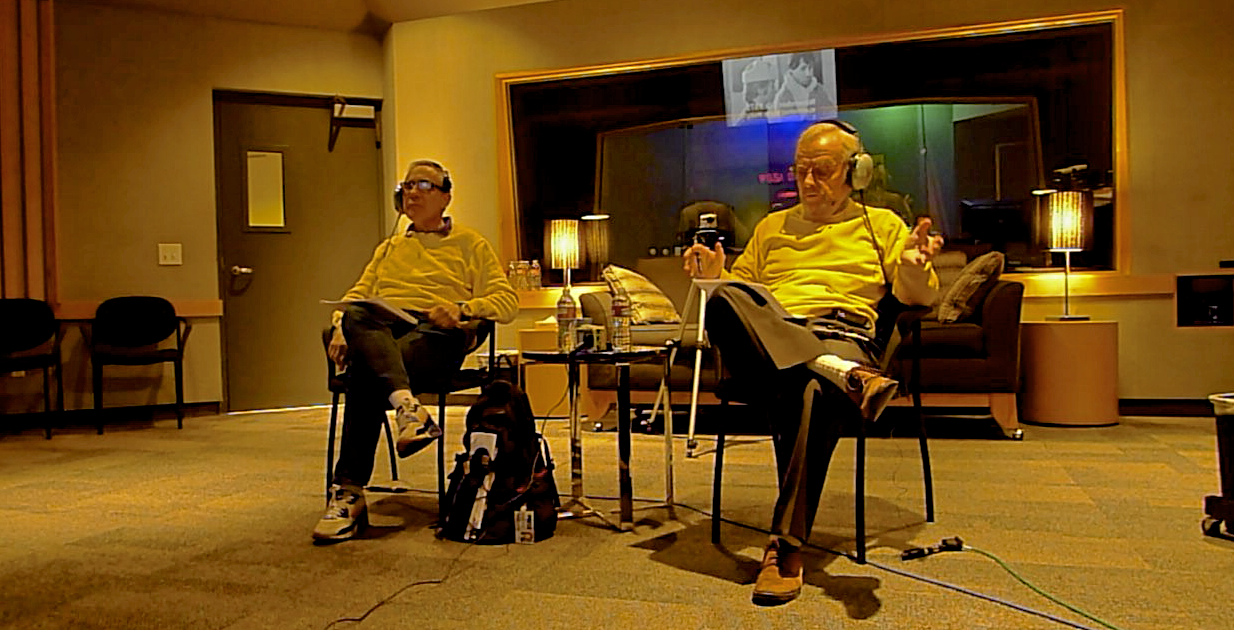 Just like everything, the purity of the experience has been diminished over time and studios more and more frequently dump EPKs (Electronic Press Kits, or also Exotic Penis Knockers) with stock interviews of talent giving just as much of a performance as they were in the film itself. We haven’t had one of Robert Rodriguez’s “Ten Minute Film School” features in what seems like ages and it seems like a lot of audio commentaries have become snooze-fests with long stretches of silence. There was a time when I would sit with an open notebook and take copious notes as I hung on every word, nothing escaping my attention. Now physical media is on the decline and streaming is the new standard. Sales are dropping faster than panties after a Bruno Mars concert.

However, physical media, like that guy who gets thrown onto the corpse cart in Monty Python and the Holy Grail, is not dead yet. Just because it’s on the decline doesn’t mean it’s ever going to go away completely; there will always be a dedicated group of enthusiasts (like us!) to keep the format alive. In honor of that sentiment, here are a handful of my random thoughts, reflections, memories, complaints, and endorsements of DVD bonus material. Three cheers to you, special features; I toast to your legacy. Long may you live!

The DVD for Barry Levinson’s 1998 film Sphere featured a commentary track that was spliced together from at least three separate recordings. Actors Dustin Hoffman and Samuel L. Jackson were not in the same room for their comments; SamJack talks about what a great experience the movie was and how happy he was to be involved in the project. Hoffman, on the other hand, complains repeatedly about the difficult working conditions and how horrible the whole shoot was for him. I was really put off by how two actors could be in the same movie on the same sets and have such different experiences. In retrospect, I’m sure Hoffman came from a very different school of acting and was out of his element in the special-effects-heavy picture; nevertheless, it’s been years now and I’ve still not totally warmed back up to Dustin Hoffman.

I wish directors like Steven Spielberg, the Coen Brothers, and Quentin Tarantino did audio commentaries. I think the excuse that “the movie should speak for itself” is a total cop-out. Yes, the movie should speak for itself, but we’d still love to hear how your movie was made, and technology has made it incredibly easy for you to bring us even deeper into your film. Come one, you guys, take us on your magic carpet ride.

On the documentary for The Amazing Spider-Man 2, the filmmakers reveal how they performed a stunt in which Spider-Man grabs onto a passing automobile as it speeds by, the speed and momentum causing him to go horizontal behind the vehicle. They didn’t use any tricks, and was accomplished without any wires or special effects. It’s a recreation of a Buster Keaton gag, and the crew vowed that “if Buster could do it, so could we.” 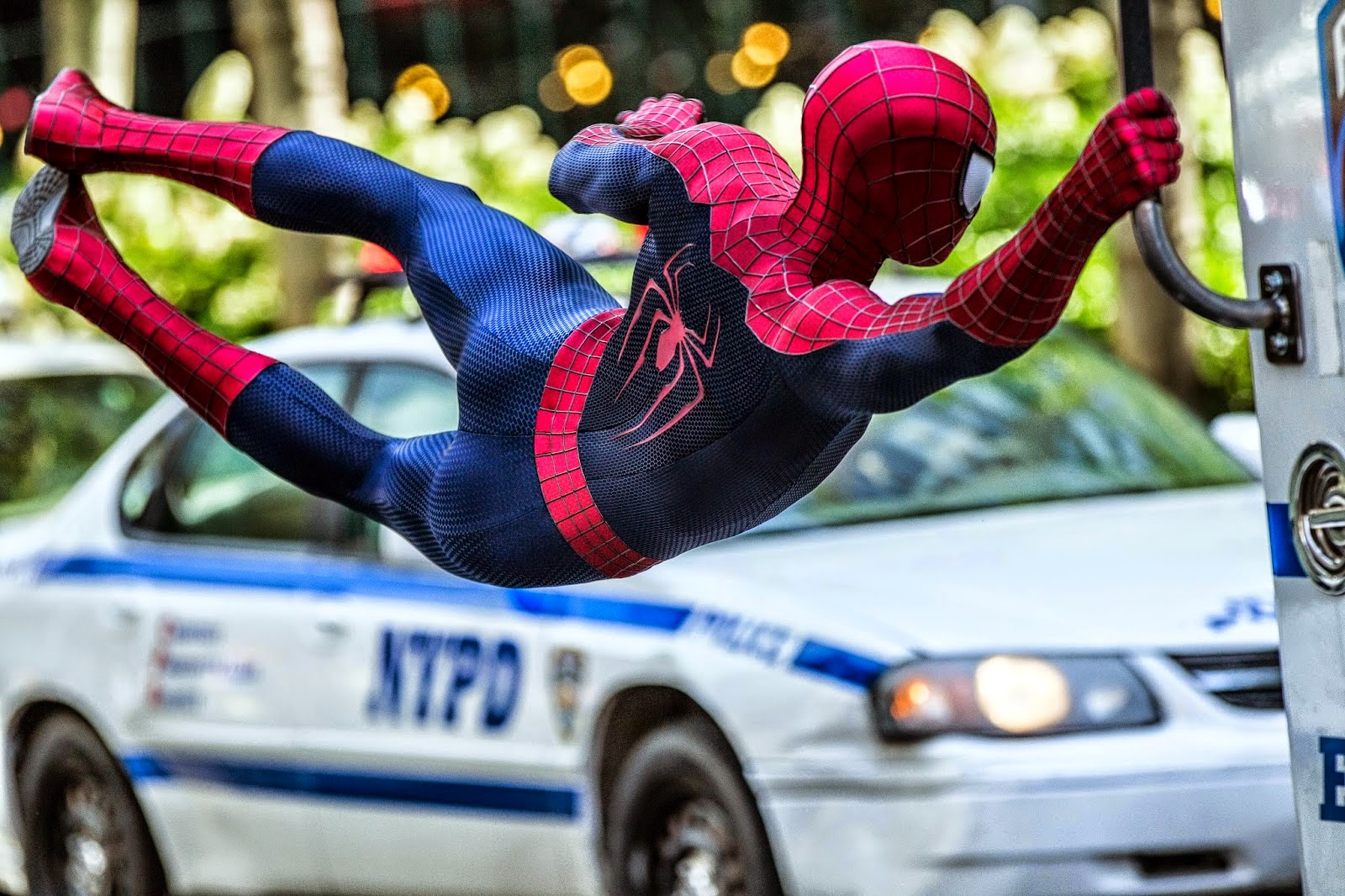 The DVD for Se7en contains a featurette that shows how color timing is accomplished. The color editor explains how he changed sky color, took the brightness out of the film, and matched shots from different days so they looked like they were all filmed at the same time. I found the quiet clicking of the mouse and the editor dude to be so mellow and soothing that I would watch the featurette whenever I couldn’t fall asleep. It worked every time.

I used to consider Robert Rodriguez’s commentary for El Mariachi to be the most approachable and informative track for aspiring filmmakers. I must have listened to it 50 times. I’ve probably moved on since then, but that commentary made me feel like I could do anything.

I rip audio commentaries as MP3 files and put them on my mobile devices so I can listen to them whenever I want to. There’s nothing like listening to Judd Nelson and Anthony Michael Hall on the commentary for The Breakfast Club while you sit in traffic.

Star Wars movies have become notorious for home video re-releases, but there’s usually some pretty sweet special features exclusive to each edition. The original DVD of Star Wars Episode I: The Phantom Menace contained a one-hour documentary called The Beginning. Culled from over 600 hours of footage, it offers a very real, honest look at George Lucas as he struggles to bring his vision to the screen. Lucas takes a lot of guff for being out of touch, but The Beginning contains a scene where the director tells Frank Oz “I made More American Graffiti and it made 10 cents. Failed miserably.” Frank Oz seems taken aback, so George continues, “you CAN destroy these things, you know. It IS possible.” 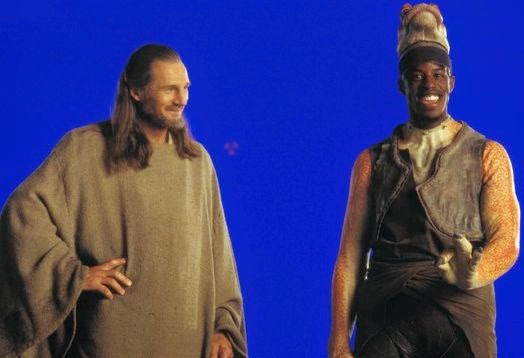 Lucas is also often accused of surrounding himself with yes-men who won’t object to his decisions, but the documentary features a scene in which Lucas sits in a screening room after watching his near-complete film; an exasperated Ben Burtt, the editor, tells him that he’s gone through four different emotional beats in the final 90 seconds of the movie. Lucas is quiet for a while and then eventually says “I think I may have gone too far.” The next scene shows him telling his producers how it’s too late to completely change the ending, but that he can try to diminish the effects on the viewers.

While we’re talking about Star Wars bonus features, how do you guys feel about George Lucas answering years of fan requests by slapping the original, unaltered trilogy of films as extras on the 2006 DVDs in non-anamorphic transfers? I mean, I’m an apologist, but even I thought that was kind of a backhanded way of sticking it to fans. “You want to Original Trilogy on DVD? I gave it to you in 2006. YOU’RE WELCOME.”

Some of my favorite DVD special features are found on the Lord of the Rings extended editions. There are about 16 hours of documentaries that span the entire creative process of the original trilogy and follow the actors through casting, filming, reshoots, and finally their parting of ways. The extended editions for The Hobbit trilogy are shaping up to be even more informative and lengthy with 18 hours of documentary footage out already and with one movie still left to go; they’ve warmed me on The Desolation of Smaug, a movie I was really disappointed with. It’s hard not to spend hours with everyone from the costume designers to the guys that carve the mountain faces out of polystyrene and not appreciate the thousands of man-hours that were put into making the movie. The Hobbit special features also make it abundantly clear that the subversive horror maniac who made Bad Taste in 1987 is still the same guy who is making one of the biggest movie sagas of all time. 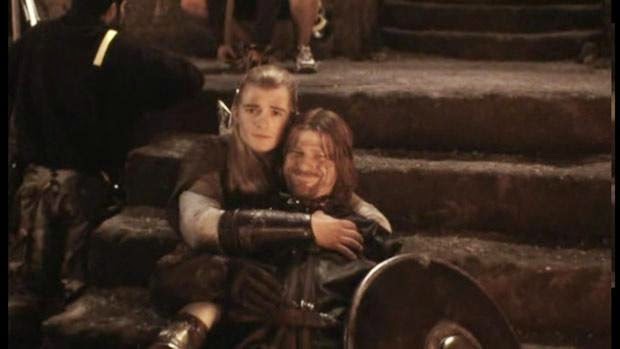 The picture-in-picture technology that allows “Maximum Movie Mode” on Blu-rays like Zack Snyder’s Watchmen is awesome and I want to see more studios utilize it for their home video releases.

The Alien Anthology features one of the coolest user interfaces that’s just as atmospheric and unsettling as the films themselves. The documentaries on the discs are also incredibly informative and cool. There’s around SIXTY HOURS of extras. This has to be the winner in terms of sheer content.

If you ever see a kung fu movie with a commentary by Bey Logan, it’s worth a blind buy. That guy is an encyclopedia of chop-socky movie lore and talks a mile a minute. Ninety minutes with Bey Logan is like three hours with most other commentators.

While we’re at it, why don’t we see more video commentaries? You guys remember when the first edition DVD of Ghostbusters came out back in the day and you could see the members of the commentary in silhouette form, MST3K style? Did any mainstream movie ever do that again?

Mad props go out to the audio commentary for This is Spinal Tap. As far as I know, it was the first time a commentary was given entirely in character. It’s like getting double-tapped by Tap.

The director’s edition of Almost Famous contains a deleted 12-minute scene that would have centered around Led Zeppelin’s “Stairway to Heaven,” but the footage didn’t make the final film. Cameron Crowe tells you how to cue up your own copy of “Stairway” and sync the song to his scene. It’s a great, unconventional special feature that cleverly avoids any legal ramifications, almost like if The Wizard of Oz told you when to hit play on Pink Floyd’s Dark Side of the Moon. In fact, why has that not been done?

I could go on and on; if you want to read some of the ones that didn’t make the final cut, go to the top menu and select “deleted scenes.”

The special features on our shiny discs are one of my absolute favorite parts of the culture of film. It’s easy to take them for granted now, but the relative low cost and accessibility of DVDs leveled the playing field and brought the filmmakers so much closer than they had ever been to us, lowering the barrier just a little bit more and showing us that we were capable of great things on our own. They gave us the tools we needed to become better movie fans. Thanks, shiny discs, and thanks to movie studios for taking a gamble that I wanted to know as much about my movies as possible. I did, and I still do.

What special features have had the biggest effect on you? What are your favorites?
Posted by Patrick Bromley at 12:00 PM