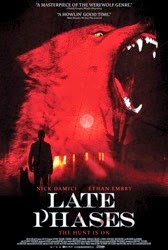 Late Phases, the new horror film from Adrián García Bogliano, is a werewolf movie set in a retirement community. Whether it's brilliant or terrible, you've got to admit...that's a fucking great idea for a movie.

It's a rare thing to see a horror movie populated almost entirely by characters over 50; in recent years, only Bubba Ho-Tep comes to mind. The majority of the genre output is given over to the young and beautiful, either because they're easier to market or because there's something more inherently horrifying about seeing young people cut down in the prime of their lives or because they're more fun to watch have sex, an activity which has always been inextricably linked to horror. Late Phases distinguishes itself by focusing on grown ups, but not just as a gimmick. It's a movie that's very much about what it's like to face the last act of one's life and choosing the terms on which we do that.

Nick Damici ages up to play Ambrose, a blind and curmudgeonly veteran being moved into the Crescent Bay retirement community by his son (Ethan Embry, on a roll lately). His first night in the new house, Ambrose is attacked by a big-ass werewolf, who kills at least one resident and Ambrose's guide dog Shadow. He's quick to figure out what's going on, spending the weeks leading up to the next full moon trying to discover the identity of the culprit. Red herrings abound. 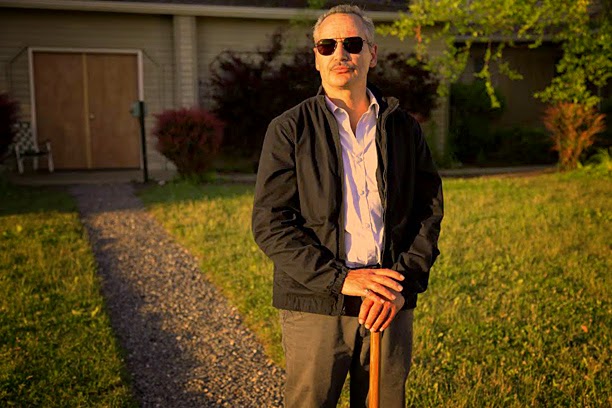 One of the things I really like about Late Phases is that it's a rare werewolf movie not told from the perspective of the werewolf. Most entries in the subgenre are tragedies -- tales of an innocent protagonist afflicted with a terrible curse, forced to suffer and murder against his or her will until death offers release (spoilers for every werewolf movie ever). But like the underrated Silver Bullet, this one is told from the vantage point of the character trying to reveal and put a stop to the werewolf. Also like Silver Bullet? This one has a priest character, here played by Tom Noonan. Add supporting roles for Lance Guest (of The Last Straighter) and Twin Peaks' Dana Ashbrook plus a cameo by Larry Fessenden (whose Glass Eye Pix produced the film) and you've got a cast full of rewards for genre movie fans.

Damici, an actor best known for his collaborations with Jim Mickle (having starred in and co-written Mulberry St., Stake Land and this year's Cold in July), does terrific work as Ambrose. He understands that Late Phases is as much a character study as a horror movie and opts to play the role as slightly larger-than-life. It's the only way to approach a character like this -- between his heavy New Yawk accent, his blindness and his off-putting disposition, Ambrose is less a real person and more of a literary character (even his name feels like something out of a novel). He's a guy who carries a shovel around with him instead of a cane. Damici infuses him with a knowing sense of that scale, creating a guy who feels big even in the way he's introverted. Ambrose's blindness provides an interesting wrinkle, too, in that it both allows for some suspenseful set pieces (in which he's stalked by something he can't see) and for the way his reliance on other senses draws parallels between him and the monster. 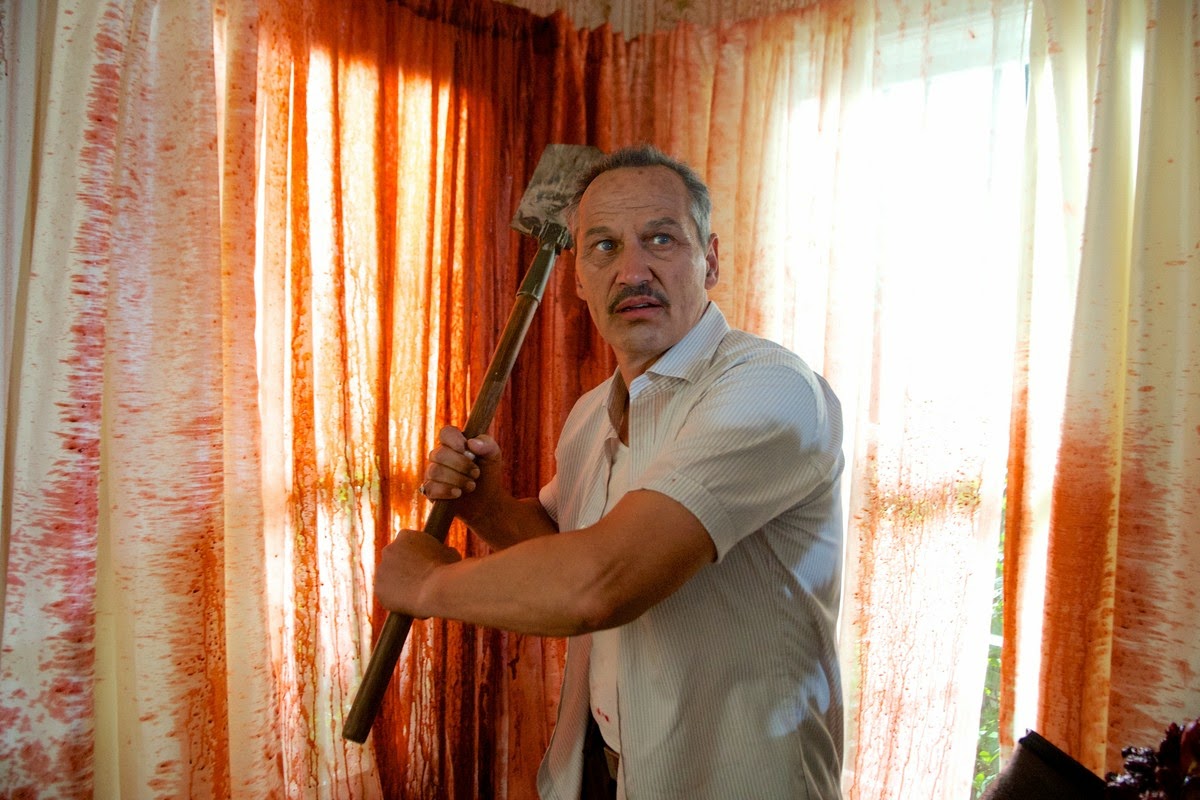 Having read a few of the recent reviews for Late Phases, I'm floored by the critics who are dishing out sick burns to the film's makeup effects, often referred to as being of the "guy-in-a-suit" variety. Well, no shit. Isn't that how you do werewolves? Had they been shitty CGI werewolves, wouldn't we be invoking failures like Van Helsing and An American Werewolf in Paris? Wouldn't we be whining about how once upon a time filmmakers used to do werewolves with practical effects? Now we finally get one -- even the transformation is practical (which is more than can be said of even big-budget affairs like Joe Johnston's disappointing Wolfman reboot in 2010) and done in what is designed to look like a single fluid take -- and we're whining about those, too. You just can't win with some people.

Well, let me just say that I like the werewolves in Late Phases, created by Robert Kurtzman. I like the fact that they're obviously people in suits. Isn't that what werewolves are? People that became wolves? I like the movie's use of practical effects, and while I'd be willing to declare a moratorium on the transformation via skin-ripping-off, the werewolf effects in the movie are fantastic. If I have any complaint about the werewolves, is that there isn't enough of them in the movie; we get some action at the beginning and again at the climax, but there's a long stretch in the middle that's basically werewolf-free. That decision is mostly financial, I'm guessing, as this is clearly a low-budget effort. At least when the film does bring the effects, it brings it. 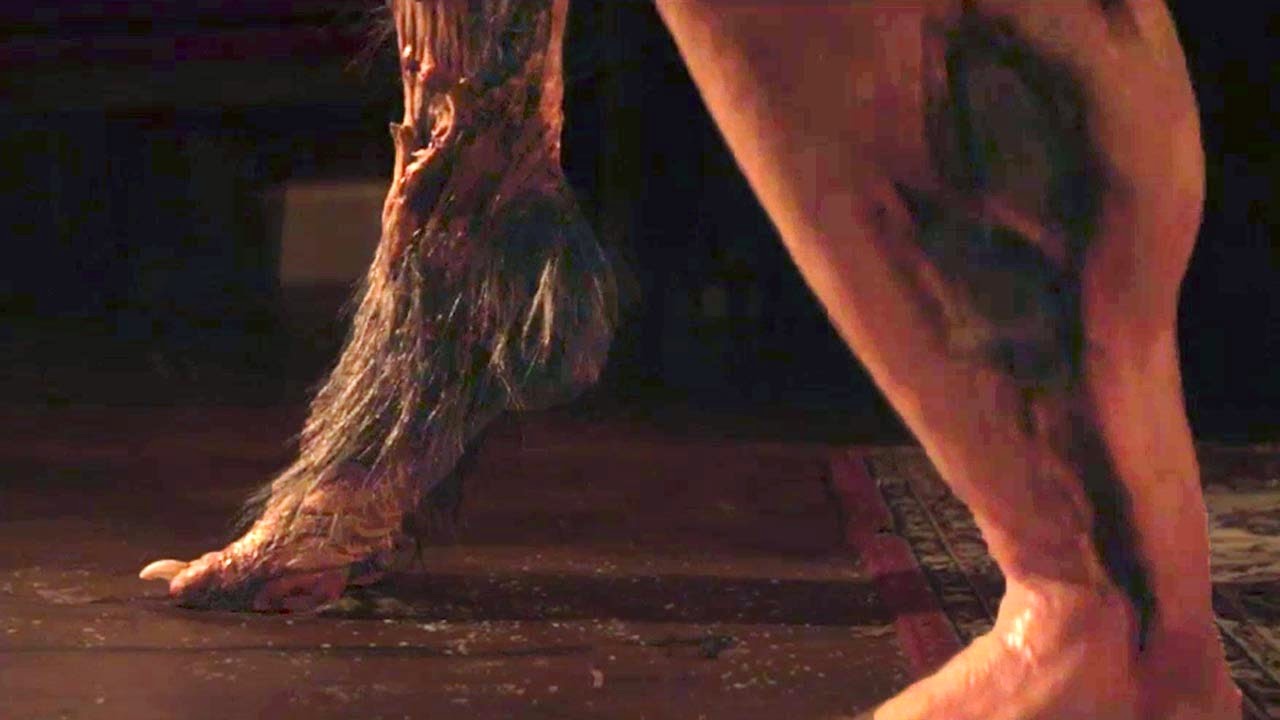 But it's a storytelling choice, too. The story takes place in the span of a month -- from one full moon to the next -- and is as much about embracing the trappings of horror movies as it is following a man in the last days of his life, who wants to leave the world on his own terms. Eric Stolze's screenplay also has some clever things to say about the way our society treats the elderly, too, as no one affiliated with the Crescent Bay retirement community seems particularly motivated to figure out what's going on -- the grisly clockwork murders are just something they've come to accept as a regular occurrence. The guys at the security gate doesn't give a shit about who comes and goes. Even the residents seem to have settled in to their own helplessness. The premise isn't just a gimmick. Everything comes together thematically in a way that's mostly satisfying.

I don't want to oversell Late Phases, as it's the kind of deliberately-paced horror movie that's going to leave a lot of viewers cold. When you've seen as many as I have, though, you start to appreciate the ones that do something different. This one tells a story about characters we don't typically see in horror movies. It offers cool practical effects, a strong central performance from Damici and supporting work from character actors we've come to love. It's the kind of sleeper horror film I wish we'd see more of, and it's well worth checking out.