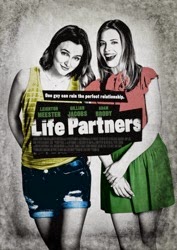 Good actors can make all the difference.

Life Partners, the new comedy drama from writer/director Susanna Fogel (co-written by Joni Lefkowitz), is a very pleasant movie.  It's a well-observed, often well-written movie about relationships both romantic and platonic. It's also so lightweight that it would probably float away if not for three very charming, very likable performances at its center.

Gillian Jacobs is Paige and Leighton Meester is Sasha, two lifelong best friends on the cusp of turning 30 who still spend all their time together talking, complaining about bad dates and watching crappy reality TV. That starts to change when Paige begins dating Tim (Adam Brody), a nice guy with questionable taste in T-shirts and a penchant for quoting movies. Though it seems like Paige is just taking the next logical step forward in her life, it creates a rift in her friendship with Sasha, who continues to date immature party girls and working as a receptionist at a job she hates while writing an album she's not really writing. 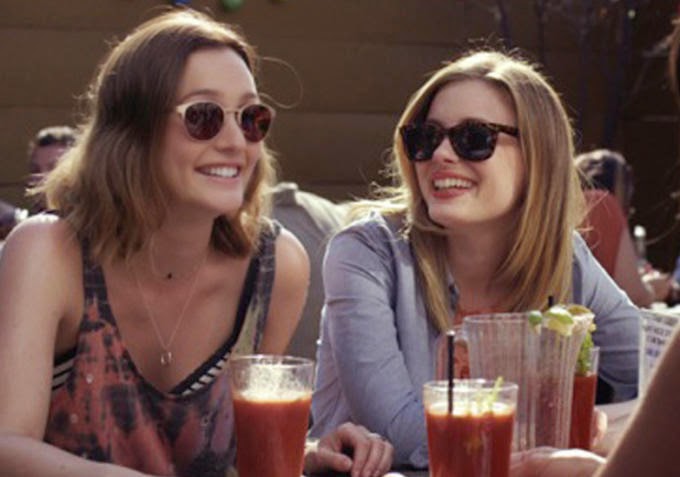 Oh, right. Sasha is a lesbian. Much of the movie's marketing is built around this fact, probably because marketing is mostly terrible. I guess the prospect of a movie focusing on a friendship between a GAY girl and a STRAIGHT girl is just TOO CRAZY not to see. Or maybe they're hoping some audiences will check the movie out in the hopes of seeing Leighton Meester make out with another girl (to those people, I say keep walking). My experience with the actress has been limited to this point; I have seen her in a few supporting roles and am aware of her role on Gossip Girl, but have never seen even a minute of that show. She's someone I had unfairly dismissed as straight CW, but her work in Life Partners proves to me that I was wrong. She's great in the movie, creating a character that's always believable and flawed and funny and sweet, and even when she starts to feel abandoned and alone she never forces a moment or makes Sasha into some self-pitying baby. Life Partners takes its three central characters and their respective plights very seriously. It's smart in the way that it treats the situation with honesty and familiarity. These don't feel like movie problems.

I also liked how unimportant Sasha's sexuality is to the story being told. We see her go on dates (with the likes of Kate McKinnon and Abby Elliott, both of Saturday Night Live) and meet up with some of her friends (who are also lesbians, played by Beth Dover and Gabourey Sidibe), but she is not defined by her sexuality. It is merely another aspect of who she is and never treated as anything by every other character in the movie. She's the closest I've ever seen a movie come to representing the gay women I know in life -- you know, in that she's a three-dimensional person who happens to date women. You could change the sexuality of either character and not actually affect what Life Partners is about, which is the relationship between two best friends. That alone feels progressive. 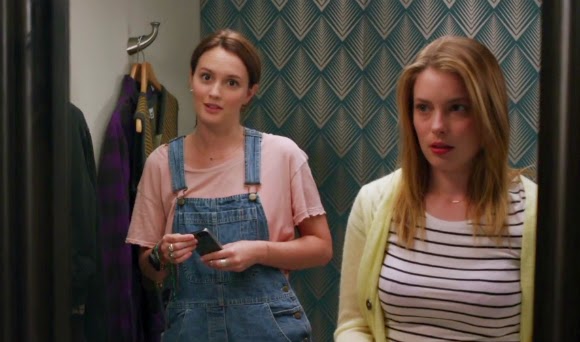 Meester isn't the only actor who does great work in the movie. Gillian Jacobs manages not to Britta things up by infusing her Type A character (she's an environmental lawyer!) with warmth and humanity -- like all the characters, she's flawed in ways that go beyond the usual romantic comedy "what a klutz!" approach. Adam Brody has maybe the most thankless role, but manages to do "nice guy" in a believable manner and carves out his own distinct personality and comic rhythms. The scene in which he finally gets Paige to watch The Big Lebowski only to grow frustrated when she keeps checking her phone will be instantly familiar to any of us movie nerds. I like that Life Partners takes the time for little details like that.

At first, I wasn't so sure I was going to like the film. There is a terrible exchange about cockblocking in the first two minutes that sounds like the kind of overwritten shit I would have come up with at 19. At that moment, I steeled myself for the next 90 minutes, expecting the worst from Life Partners. It was unnecessary. From that moment forward, the script has a relaxed naturalism to it that's totally winning. I love the way that Tim has flaws right from the outset, and they're the kinds of flaws that can be irritating but not deal-breakers and are never treated as such. Sasha is a bit of a fuckup, but not in the usual "I can't get my life together but I'm adorable!" romantic comedy way. Her friendship with Paige is, of course, both the driving force and the best thing about the film; it's rare that I can see a movie in which two best girlfriends spend a birthday drinking cheap wine and playing a garage sale copy of Girl Talk and not want to throw up in my mouth. But Life Partners avoids the feeling that it's overly impressed with itself or too precious about the girls' relationship. Jacobs and Meester have excellent chemistry and always seem like actual best friends. 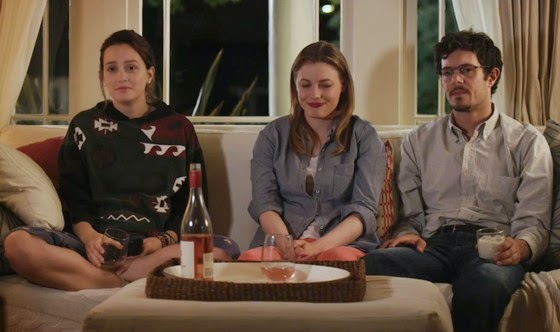 There are so many moments in which Life Partners could have given way to typical movie bullshit: forced fights, big dramatic blowouts, teary reconciliations. At almost every turn, though, Fogel pulls back and tries to always remain truthful to the situation -- to find humor in honest behavior and idiosyncrasy. There's not much about the movie I'm going to carry with me beyond the 90 minutes it lasts, but that's ok. It afforded me a chance to spend time with some characters I enjoyed getting to know and some actors I like, including one I'm now totally reexamining as a result of her work here. Life Partners feels like the 2014 version of 1996's Walking and Talking, the debut feature from writer/director Nicole Holofcener. But seeing as Holofcener is one of my favorite working filmmakers, that's not bad company in which to be.