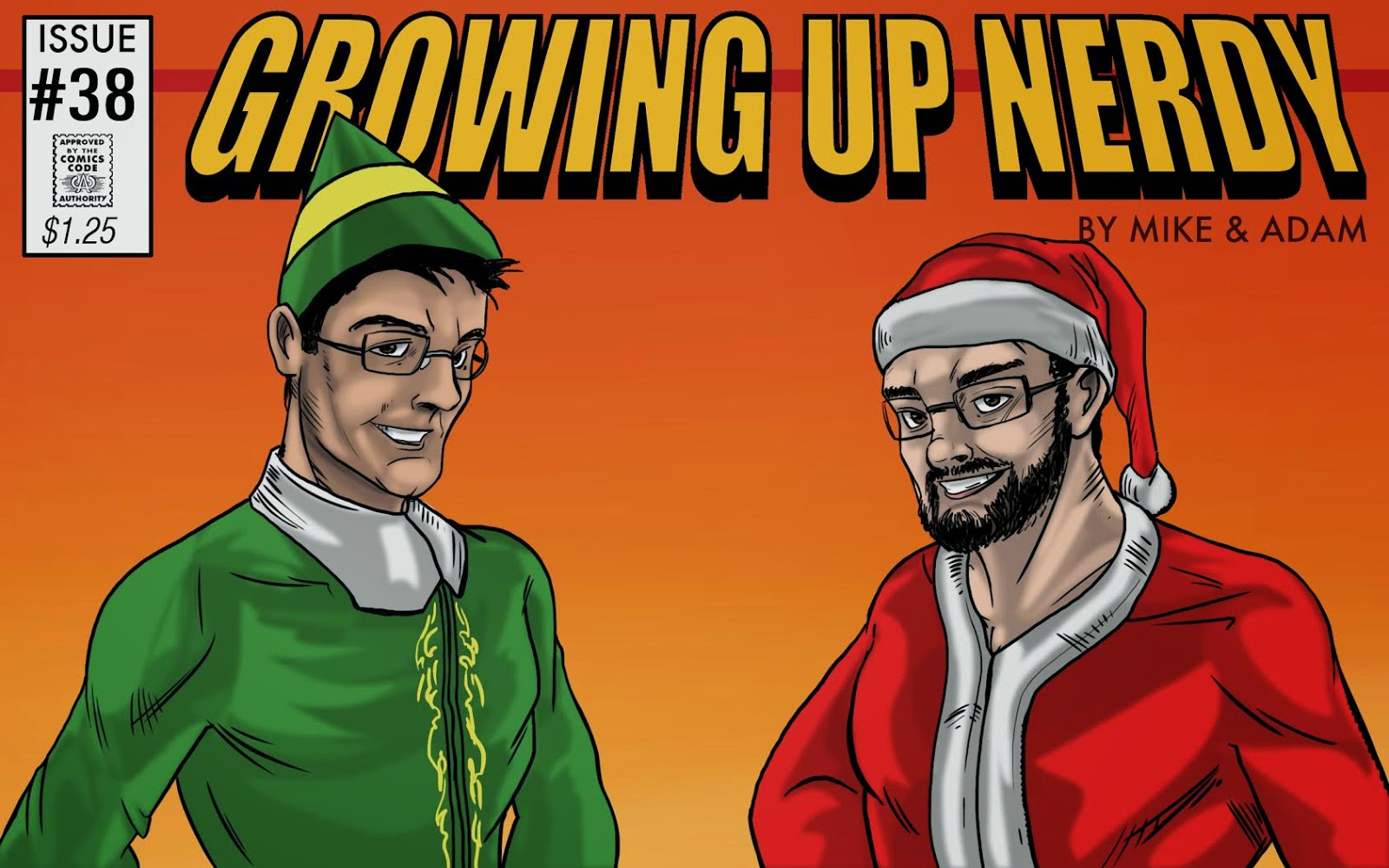 With the holiday season upon us quickly, I can’t help but think back on all of the gifts I’ve gotten through the years, especially in my youth. Of all the gifts you’ve gotten in the past, which was your favorite? And none of this “my kids” Bullshit either!

Adam: Can we all just take a minute as former children to thank plastic? I know it sounds ridiculous and it is responsible for numerous environmental problems, but while making this list of my favorite toys growing up I realized that just about everything was plastic. From the action figures to the vehicles, legos and even the video game cartridges, it all comes from plastic. Even as a huge movie fan, 95% of all movies were shot and stored on plastic film and then distributed through plastic cassettes, DVDs or Blu-rays. So many hours of my life have been enriched by plastic. So yes, I’m serious, folks. As we get closer to the holiday season, let’s all take a moment to realize what really makes Christmas Christmas: plastic.

The best Christmas present ever is a tough thing to really nail down to just one pick. I mean, I always remember the G.I. Joe Terror Drome, but I already talked about that previously. There are plenty of great Christmas presents through the years, but I think if I had to nail down one it would be the day that I entered in the digital age with the rest of my friends. When all of my friends sit down and talk about all the joy they had playing their old 8-bit Nintendo Entertainment System growing up, all of my memories were of playing those games at my friend’s houses. If it wasn’t for the fact that my pal Mike had an NES, I would never have played Contra or defeated the vile Red Falcon to save the world. My parents never bought me one...not for lack of me asking, though. 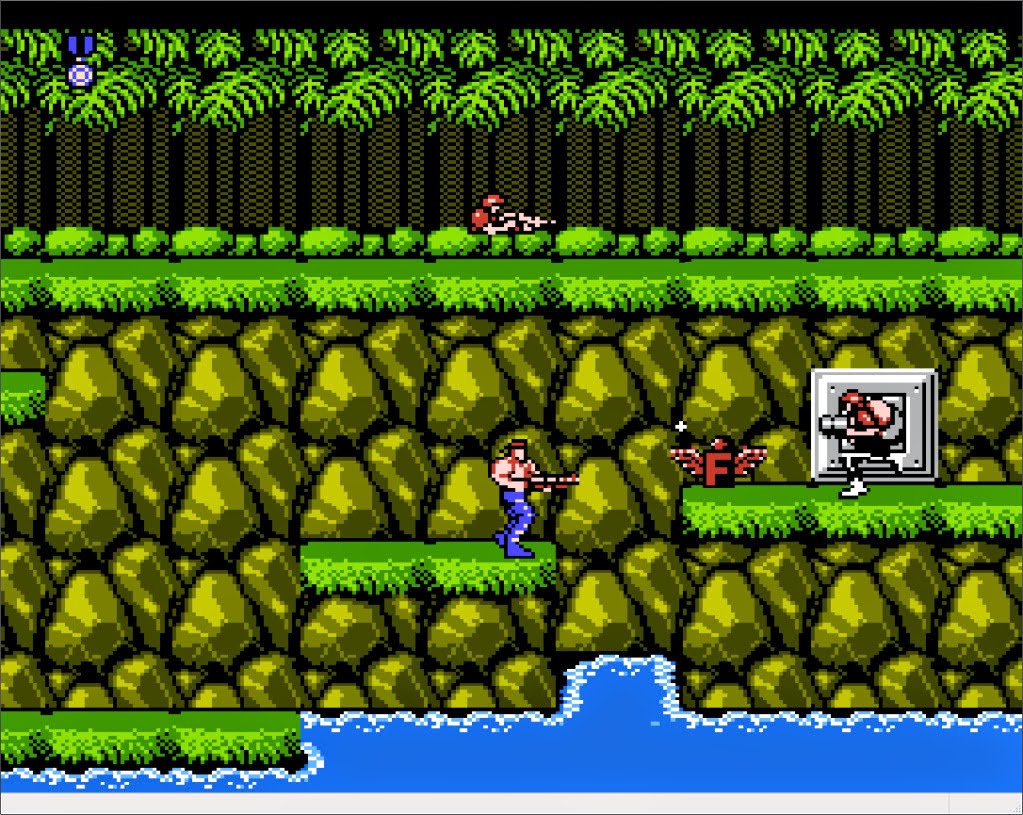 No, for me it was 1992 and the 16-bit revolution was in full swing. The original NES was a thing of the past and the world was moving forward Sega had come out with the Genesis, a 16 shrine of plastic and circuits that would make me the happiest boy in the world. That Christmas, my parents decided that it was time to play with the big boys and get with the button pushing. The games came in very slowly, with me having to cut enough lawns to buy them, but this was also the heyday of Blockbuster and I was able to rent games I couldn’t afford to buy.

One of the other reasons I can honestly say that this was my all time favorite present (and allow me to bring the cheese) was that it played a huge role in me and my nerd life partner becoming besties! We would sit, make some popcorn and play games, lend each other games, and play that shit for hours. It was a big moment sitting in the basement until 4 am trying over and over to do a “Fatality” on Mortal Kombat for the first time.

I’ve had many different video game systems through the years, but nothing will ever beat opening that Genesis for the first time and switching the black box on the back of the TV from “TV” to “Videogame.”

Mike: I was trying to think of a single toy from my childhood that sticks out more than others, but it’s hard. Over the years I got a bunch of gifts that made my Christmas special, from Karate Kid action figures to a VHS copy of A Nightmare on Elm Street from my mom. Christmas morning ruled and I’m super-lucky. And since my buddy Adam got sappy (I love you, man!!), allow me to do the same.

My dad and I have a great relationship. He’s one of my best friend and the greatest guy I know. We have a lot of things in common, but our mutual love of sports more than anything. We’re from the northwest suburbs of Chicago, so we root for the Bears (ugh), Bulls and Blackhawks. And as much as we love those teams, the Chicago White Sox are our favorite team from our favorite sport (that’s baseball, nerds). Every year for Christmas since I was a little kid, my big gift under the tree was four tickets to see the White Sox play on opening day. Any fan of baseball understands that Opening Day is practically a holiday, so to get these tickets were never not a big deal. My dad, myself, and my nerdy life partner Adam would go together every year. As I got older, my gifts changed from action figures and play sets to CDs and DVDs and clothes. The one constant, however, are Opening Day tickets. 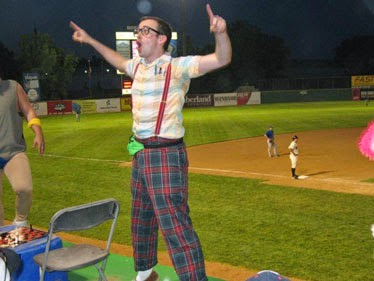 I’m now a 36-year old man with a wife and kids. And while I still like getting toys (send all Funko Game of Thrones figures to Mike Pomaro at F This Movie! Headquarters, 143 Itsfine Ave., Chicago) and DVDs, those days are mostly over. Under my parents' Christmas tree will be loads and loads of toys, but they’ll be Frozen related and for my daughters. There will, however, be an envelope under the tree with my name out it, and inside will be tickets to see the Chicago White Sox take on the Kansas Royals at US Cellular Field on Opening Day 2015. And while my dad no longer attends the game with me (he’s older now and it’s harder for him to get around), he’s still excited to get me the tickets and I’m still thrilled to receive them. I always make sure to call my dad before the lineups are announced and I call him after every big play. He picks up the phone, excited, while my mom cheers in the background. It’s the best.

I don’t know that my girls will give a shit about the White Sox as they get older -- as long as they’re not Cubs fans, they can do what they want -- but I hope that I can find something to share with them every Christmas that’s as special to them as Opening Day tickets are to my dad and me.
Posted by Patrick Bromley at 5:00 AM