We won't steer you wrong this week! Because we have never steered you wrong. 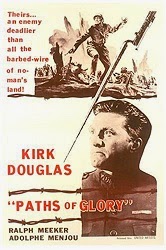 Adam Riske: Paths of Glory (1957, dir. Stanley Kubrick) Stanley Kubrick is arguably my favorite director (it's either him or Quentin Tarantino) and one of his very best is the blistering war drama Paths of Glory. I'm often surprised by how few people have seen this movie (even among Kubrick fans) so if you are one of those people, seek this one out immediately. It will make you furious but in a way that only the most emotionally resonant of movies can.

Bonus Pick: I know it's not a movie, but every episode of Gilmore Girls is on Netflix streaming. There is no better time to go back to Stars Hollow. It's an especially good pick-me-up after watching Paths of Glory. 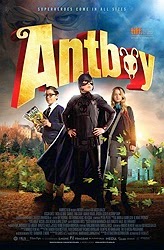 Adam Thas: Antboy (2013, dir. Ask Hasselbalch) Let’s get this right out of the way: this movie is Danish, and they speak Danish, but it's overdubbed in English with no subtitles. I know this is sacrilege to many movie purists, but it’s a movie aimed at a younger audience. I totally get why they decided to overdub it. The movie follows a little boy, Pelle, who gets bit by an ant and develops ant-like powers. I know it sounds a lot like Spider-Man, but the movie is very aware of this and pays homage to superheroes through the entire movie by way of Pelle’s comic obsessed friend Wilhelm. What I liked about the movie is that it’s a kids movie (keep this in mind while watching it) but it reminds me of those early '80s “kids” movies that were a little more scary and the villains were taken more seriously. It’s funny at times, and as a comic fan I had a lot of fun watching it. 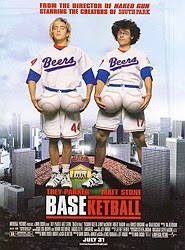 Doug: BASEketball (1998, dir. David Zucker) It's December, so of COURSE you have Fireplace for Your Home on a 24-hour loop. If you need a break from all the yule-log comfort, I recommend this movie starring (but not written or directed by) Trey Parker and Matt Stone, released right as their South Park fame was peaking. Listen (look), this movie has a LOT of jokes. Do all of them land? Of course not. It's quantity over quality with anything Zucker (this was made about a decade before he went all sorts of NUTS). The premise is also completely absurd (including that stupid title [with it's equally stupid capitalization], which may turn some people off), but so is Parker and Stone's approach to the material. They know exactly what they're doing, and it's incredible to watch. During the climactic sequence in which our two leads reconcile their differences, they also graphically (and hilariously) make out, thus turning their backs on thousands of meatheads who were bandwagon fans of South Park for all the wrong reasons. It's a thing of beauty. 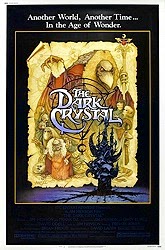 Heath Holland: The Dark Crystal (1982, dir. Jim Henson, Frank Oz) The goal behind the production of 1982's The Dark Crystal was to create a fantasy world populated entirely with puppets and devoid of any human characters, yet still tell an engaging and sophisticated story. What Jim Henson and Frank Oz achieved is something that is technically impressive -- if perhaps overly ambitious --   and has become a cult classic among those of a certain generation. The involvement of fantasy artist Brian Froud, who served as the concept artist for most of what made it to screen, is almost as important as the puppeteering. Watching it now doesn't bring the same punch that it did in the days before Peter Jackson's Lord of the Rings films changed what fantasy at the movies could be, and younger viewers are likely to be bored (it's not really a children's film anyway), but that shouldn't diminish this monumental accomplishment by Henson and Oz. Mind-altering substances not included. 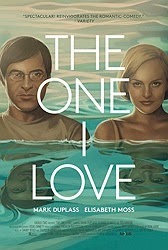 Patrick: The One I Love (2014, dir. Charlie McDowell) Since seeing this at the Chicago Critics Film Festival back in May, I've been pretty sure that it would land on my Top 10 for the year. Having seen a LOT of good movies in the last month or so I'm no longer positive (I am both excited about and dreading trying to make a Top 10), but it's still a terrific movie worth checking out. Mark Duplass and Elisabeth Moss -- who are both fantastic -- spend a weekend at a vacation house to work on their relationship. The dialogue is clever and interesting and true to life (all the more impressive considering the movie was largely improvised) and there are all kinds of questions raised about what we want out of relationships as we change together. Go into it knowing nothing -- don't even read the Netflix plot summary -- and you'll have a better time.
Posted by Patrick Bromley at 12:00 PM