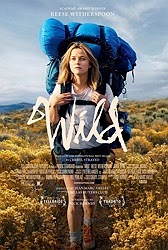 Wild is this year's Dallas Buyers Club: a competently-made film built around a movie star performance that will most likely garner Academy Awards attention despite being mostly hollow. That's not a coincidence, as both films are directed by French Canadian filmmaker Jean -Marc Vallée, a director who wants to make important human stories but seems only capable of making slicker, better-acted TV movies.

Witherspoon plays Cheryl Strayed, the real-life author who wrote the memoir (Wild: From Lost to Found on the Pacific Crest Trail) on which this film is based. After divorcing her husband, Cheryl decides to hike thousands of miles along the PCT by herself with only a limited knowledge of camping and a few supplies to get her through. On the trail, Cheryl confronts the seemingly limitless demons from her past, which includes hardcore drug use, anonymous sex and general despair in the wake of her mom's (Laura Dern) death from cancer. Will Cheryl survive the treacherous journey alone in the wilderness? And will she finally heal herself enough to publish a book about her experiences, which will subsequently be optioned and made into a film starring an Oscar-winning actress who will likely be nominated again for her performance in said film? No spoilers. 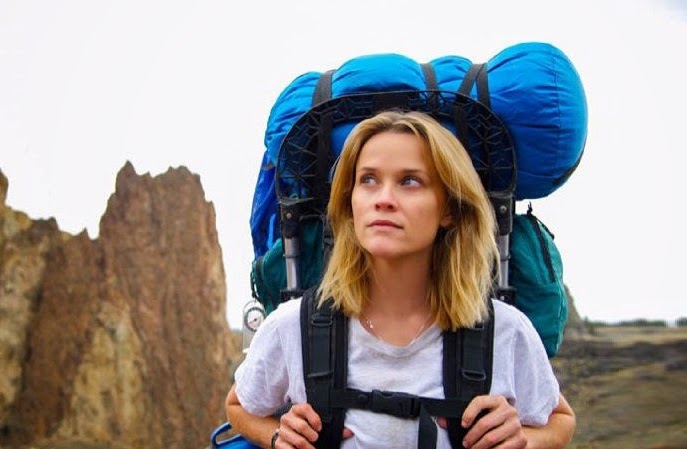 To Witherspoon's credit, her performance is the best thing about Wild because there's very little showy about it (if you disregard the scenes where she cathartically screams and hurls her shoes into the void). She doesn't shy away from playing the darker aspects of the character, though the film's structure doesn't do her any favors because of the way it separates Strayed's past life from the events which surround it, presenting her as completely different people rather than two sides of the same woman. Still, when not asked to recite on-the-nose self-help narration or break down, Witherspoon smartly plays Cheryl as just a person -- she doesn't make one characteristic significant as needed by the scene, but rather is many things at one time. You know, like people. She's helped by Laura Dern, an actress who tends to improve any film in which she appears and who makes the most of her very limited screen time here. Cheryl's mother must make such an impact, must cast such a shadow over the rest of Cheryl's life, that we understand why her loss was so devastating -- her mother was, as Cheryl puts it, the love of her life. Dern manages to do that. Not many actresses could.

Because it's based on a memoir, Wild puts me in the impossible position of not wanting to criticize a film because it would mean criticizing its subject's life. It would be all too easy to roll my eyes at the scenes in which Cheryl leaves behind lines of poetry she's quoting and even more easy to roll them when fellow travelers meet up with and recognize her from the poems she's left. I want to call it a terrible writer's conceit, one which exists only to create the "legend of Cheryl Stayed" passed down through the hikers on the Pacific Crest Trail. But because it comes from Strayed's book and, presumably, her actual life, I have to accept it not as a conceit but as a real thing that happened. Reconciling that can be a challenge. Either Cheryl Strayed lived her life like it was a movie or Jean-Marc Vallée is unable to make those movie-like moments feel like a real life. 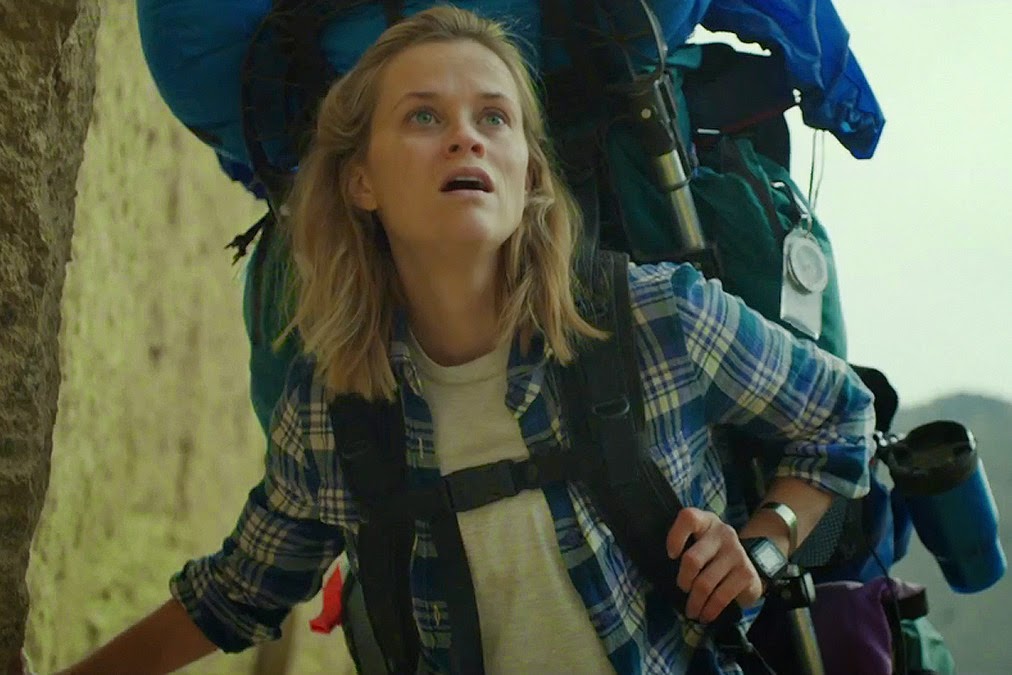 Perhaps some of the blame belongs to the screenplay adapted by Nick Hornby, an author I love and whose presence is little felt in this version of the movie. Save for some heavy-handed song references (Simon & Garfunkel factor in again and again), there's not much I can identify that feels like the guy who wrote High Fidelity and How to Be Good. He's a writer who specializes in characters that are flawed but human, and while that can certainly be said of the movie version of Cheryl Strayed, it's all just a little too pat -- her mom's death leads to sex and drugs which leads to divorce which leads to her redemptive hike through California. Director Vallée isn't all that interested in the connective tissue between these events, either. The use of flashbacks and the performances have to do all the heavy lifting, and what's left is a film of mostly surfaces.

Like Tracks from earlier this year and 127 Hours before it and Into the Wild before that, Wild features many shots of a movie star against a backdrop of gorgeous scenery. It teaches us that venturing out into nature is the best path to self-discovery. It lets us get to know a fictionalized version of a real-life figure who thankfully didn't meet with as tragic an end as Christopher McCandless or even suffer as much physical hardship as Aron Ralston (though she does lose a toenail at one point and it's pretty gross). It's got a good movie star performance in the service of little else, and while Cheryl Strayed's story is interesting and often heartbreaking, I have to assume it is done better justice by her book. Jean-Marc Vallée is only able to make the material very pretty and very literal.
Posted by Patrick Bromley at 5:00 AM