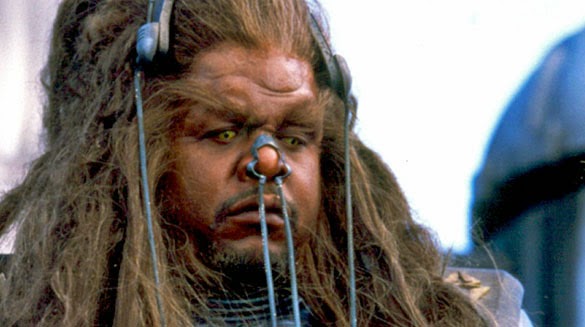 I once broke up with a cross-eyed woman. I thought she was seeing someone else. 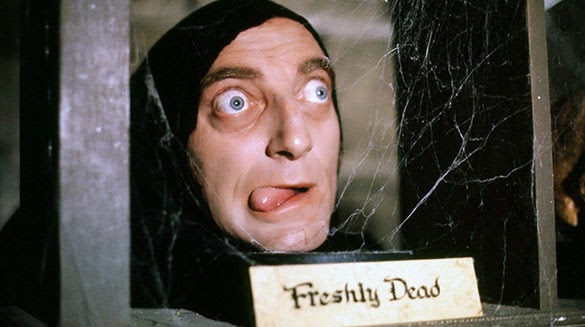 The film that inspired this list, Marty Feldman's Igor (either pronunciation) has perhaps the most famous lazy eye in all of cinema. In real life, Feldman underwent an operation for his Graves' disease, but the doctors done messed up. The results were protruding, misaligned eyes (strabismus). Director Mel Brooks, working in his prime (this movie was released in 1974, the same year that Blazing Saddles came out!), capitalized on Feldman's physical peculiarity with hilarious results. Dr. Frankenstein: "Damn your eyes!" Igor: "Too late." I love this movie. 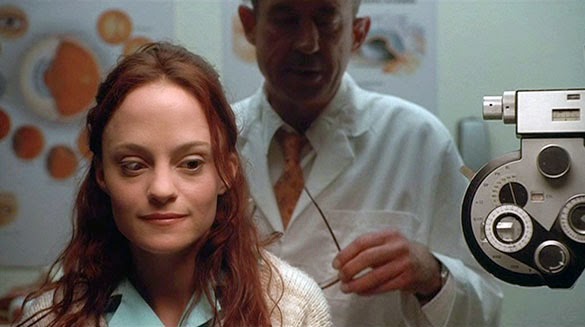 If you like movies in which characters graphically gouge out their own eyes with scissors, you'll love May! May Dove Canady (the great Angela Bettis) is a lonely young woman who had a tortured childhood because of her lazy eye. As an adult, an optometrist fixes May's eye with a special contact lens, but her troubled, isolated past extends well beyond physical appearances. A complete lack of social skills mixed with a weird obsession with a glass-encased doll named Suzie makes for a fascinating, haunting character study. If you haven't seen this yet, don't wait for #ScaryMovieMonth. Watch it now. 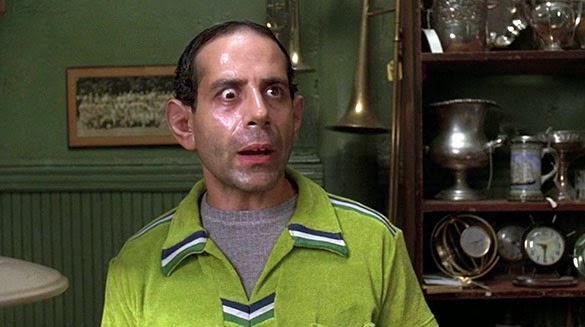 Jack Jeebs (Tony Shalhoub) is a supporting character in the first two Men in Black films; an alien disguised as a pawn shop owner who deals in stolen objects. A bizarre physical trait of Jeebs is that his head can grow back immediately after being shot off. However, it never looks exactly the same, hence the wonky eyes. "You insensitive pricks! Do you have any idea how much that stings?" 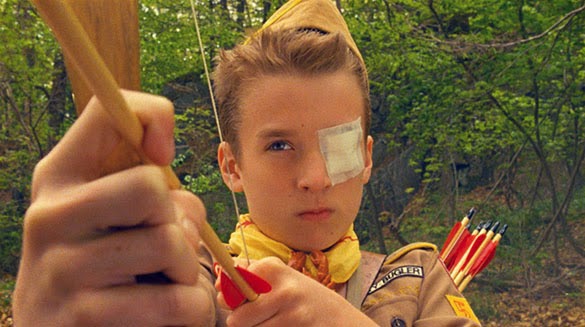 I mean, the character's name is "Lazy-Eye" (Charlie Kilgore), so how could I not include him? A bit part in a film full of quirky kids, he's the one who wears the eye patch. It's never fully explained why he wears the patch, or what, exactly, is wrong with his eye. No matter! The Khaki Scouts don't discriminate based on poor eyesight. Fun fact: Kilgore underwent four weeks of intensive bugle training. He calls the instrument "unforgiving." This fun fact has nothing to do with lazy eyes. 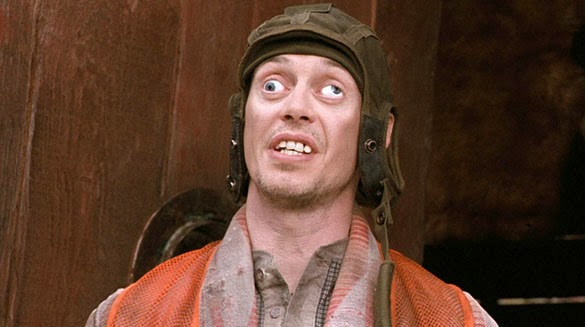 Steve Buscemi's character's name in this is Crazy Eyes. And you'll never believe it -- his eyes, they crazy! Adam Sandler = comedy genius. 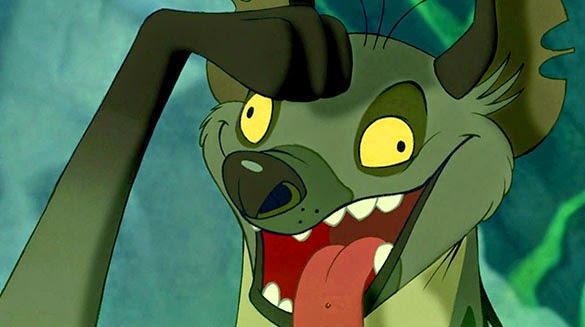 One of Scar's loyal henchmen (before he and his pack, you know, EAT HIM), Ed (Jim Cummings) is a hyena with googly eyes. He never says anything; he just laughs hysterically. Like a goddamn crazy animal. 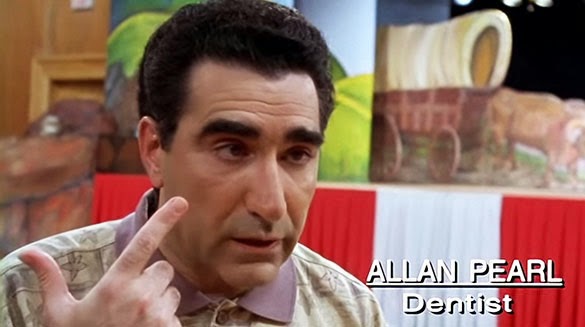 Eugene Levy is the best. Correction: WAS the best. Now he's busy acting in EVERY PIECE OF SHIT MOVIE that makes its way to his inbox. I mean, I guess I can't blame a guy for a.) working, and b.) getting paid to do what he loves. But really? Madea's Witness Protection? Every single DTV American Pie monstrosity? Occasionally, he's in something good, but then his talents are usually wasted (I'm looking at you Goon). ANYWAY, Waiting for Guffman kicks ass, thanks in no small part to its extremely talented cast. Mr. Levy bats a double here -- he shows off both his glorious eyebrows AND a lazy eye. 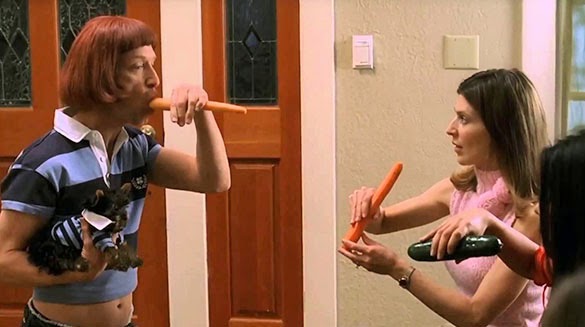 I have an unjustified fondness for this movie -- it's one of those movies I can watch from start to finish anytime (if I happen to stumble across it on TV, I'm usually in for at least a half hour). But I will never like or defend the sequence featuring Andy Dick as the uncredited oral sex instructor, Barry. None of what he says is clever or witty or good. "Oh, that's funny to you? Because you won't be laughing when somebody prematurely pops in your face. It's stings ... and that is now why I have a lazy eye." HILARIOUS. 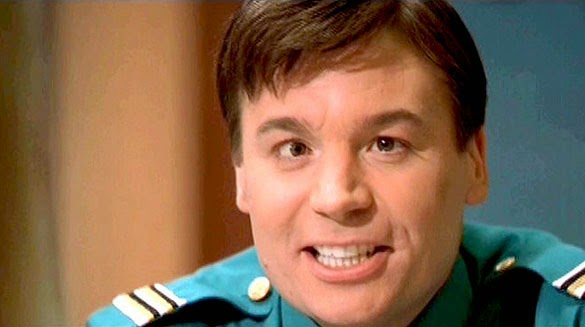 NOBODY REMEMBERS THIS MOVIE! Myself included. And that's weird, because it has a pretty "A-List" cast, including Gwyneth Paltrow, Christina Applegate, Kelly Preston, Mark Ruffalo, Rob Lowe and Mr. cross-eyed ham himself, Mike Myers. You know why no one talks about View from the Top in 2015? Because it was a piece of shit. NEXT. 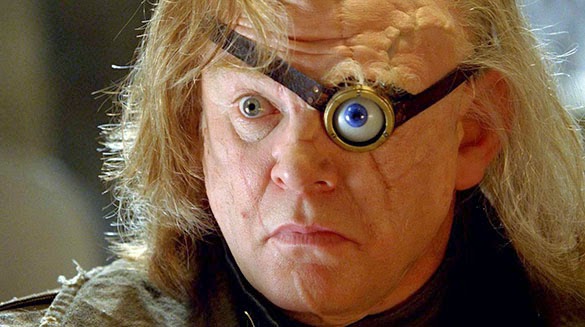 No lazy eye list would be complete without the inclusion of Alastor "Mad-Eye" Moody (Brendan Gleeson). Did you hear about the cross-eyed Hogwarts professor? He couldn't control his pupils.
Posted by Patrick Bromley at 12:00 PM