This week I attempt to figure out what’s really in a name.

I’ve been on a bit of a film noir kick lately, and I’ve been doing the thing that one does when they find themselves totally caught up in a movie cycle: turning to internet search engines in order to find out as much as possible about the genre that I’m currently devouring. Imagine my surprise when I read that there’s been a raging debate for years about whether or not film noir is a genre at all. The side that believes noir to be a separate genre believes that many of the same tropes play out within a limited number of settings and locations, and that the same familiar archetypes appear over and over within the films traditionally associated with noir, thus making it its own thing. The other side of the argument maintains that film noir is a sub-genre that exists within familiar, already-established genres such as drama, western, and science-fiction and that anything at all can be a noir, regardless of the setting. I’d paraphrase that these people believe film noir is more of an attitude than a genre.

Well, that got me thinking about the nature of “genre” and the categories we go to great lengths to put our movies within. For instance, I consider myself to be a “genre movie” fan, but what does that really mean? What is a “genre movie?” The precise definition of the term is “a movie that follows the conventions of a particular type film style,” but that doesn’t really tell us anything. I’d define genre movies as those that are historically less respected than many mainstream films, and when I refer to genre films, I’m talking about exploitation, kung fu, westerns, sci-fi and fantasy, and old crime movies that are stylized and larger than life. In fact, I perceive the biggest tip-off of genre films to be the way that they heighten and exaggerate reality. The things that happen in genre films take the boundaries of reality just a little bit past the realm we live in.

That’s what it means to me, anyway. I suspect that one’s definition is probably personal and varies from movie fan to movie fan. I dug around on the internet in an effort to uncover the first use of “genre film” as a category, but I was unsuccessful. If there are any film students out there who can shed some light on the origin of the term, I’d be really interested to know where the shorthand originated. It was during this research that I was struck by just how odd it is for me to say that I’m a genre fan. Isn’t that really like me saying “I’m a category fan?” That’s all these genres are, at the end of the day. They’re different categories that allow us to label movies for easy organization. 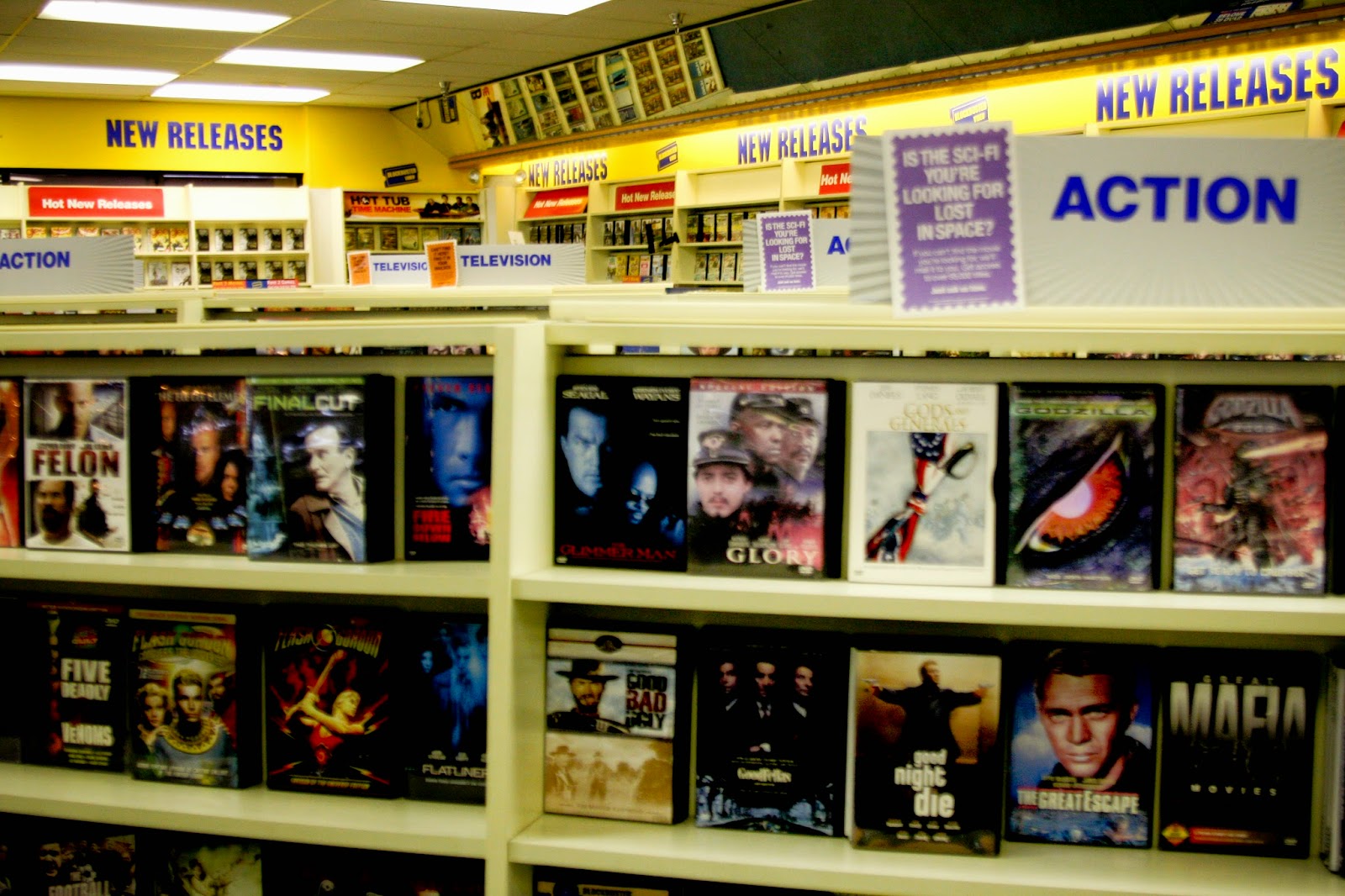 Why do we do this? Why do I feel the need to break down the movies (and books and music, for that matter) into neat little categories? It was easier to justify this when there were video stores that rented movies, because it was important to know in what section of the store the movie was going to be shelved. If you’re my age or older, you’ve no doubt experienced the frustration of trying to find a movie you were looking for in multiple sections of the store. “Why is Clue in the drama section? Is Blazing Saddles going to be with the westerns or in the comedies?”

Now we live in the age of Redbox and digital rentals, where genres and categories seem to mean much less than they have in the past, which I suppose is a good thing. It makes movies a lot more accessible by a much wider audience and reduces the snob factor. The snob factor is the tendency people have to say ridiculous, prejudiced things about movies based on a title or a genre. Example:

Q: Hey, Bill, have you seen that new John Malkovich movie yet? That guy is cray cray!

A: No way! Psychological horror gives me nightmares. I stopped watching those kinds movies after Black Swan.

Q: You understand this isn’t like that movie at all. It’s funny, in a weird, creepy way. I mean, it’s Malkovich!

A: Yeah, but still, I stay away from those kinds of movies now. That’s not my genre.

These conversations happen all the time. I do it too, and I’ve stayed away from a certain kind of horror movie for a couple of years now because I got wigged out and just don’t know if I’m ready to go back into the water. But if I’m being honest, I’m doing myself a disservice; genre should never define what kind of movies we do and don’t watch. I’m not comfortable with the way I can easily categorize -- and therefore dismiss -- whole swaths of films as being outside of my wheelhouse. 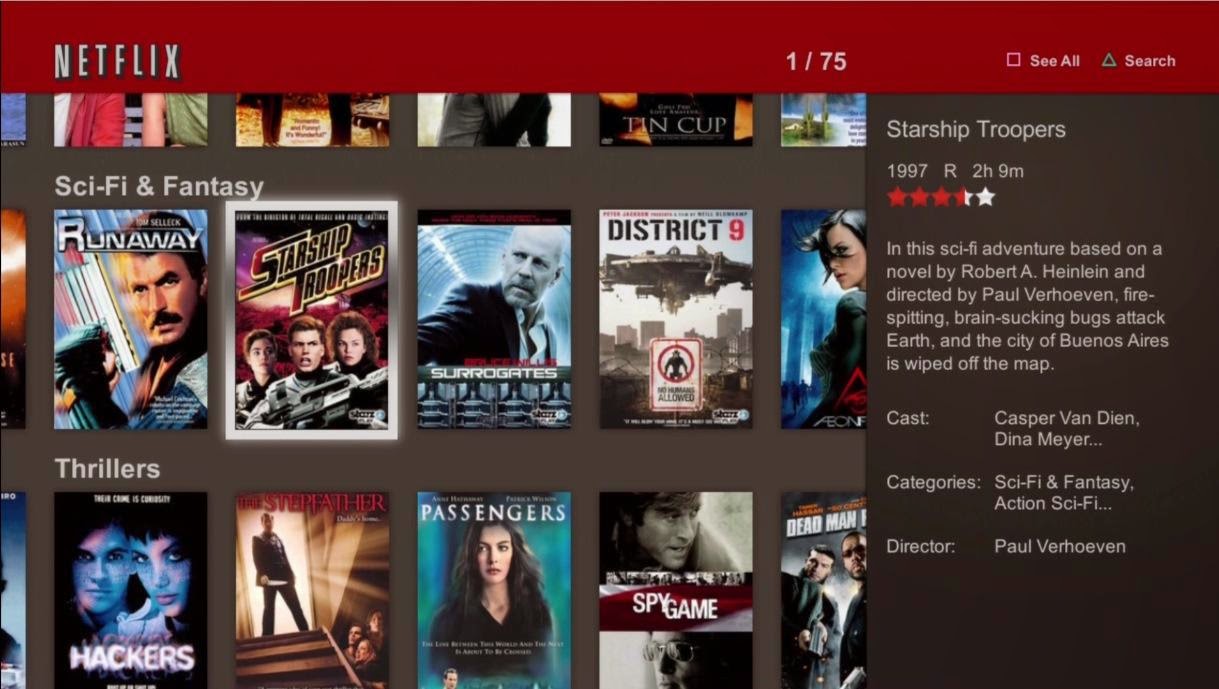 I went into this column wondering what constitutes as a “genre movie” and I came out of it realizing that (for me, at least) there really is no such thing and that ALL movies are candidates for multiple categories. It’s we who break them down into little pieces and try to put them where we want them. Tellingly, toward the end of my research, I ran across some press that Quentin Tarantino did leading up to the theatrical release of Django Unchained (for those paying attention, this is my second Tarantino reference in as many weeks). A reporter from The New York Times was asking the filmmaker about his affection for genre movies, and Tarantino replied “I think every movie is a genre movie.” Now, I don’t always agree with everything that Tarantino says, but I find myself agreeing with his views quite a bit these days, and I think he’s dead-on with this one. There’s also a weird satisfaction in coming to a conclusion on your own and then having a movie maestro and aficionado indirectly affirming it. Tarantino is starting to haunt me in the same way that Johnny Depp has: every time I pursue a new passion or hobby, I discover he’s come through the area before me and blazed a wide trail. It makes sense, though. If you want to be like your heroes, watch, read, and listen to the things that influenced them. I’ve been doing that without even realizing it.

Moving forward, I’m going to do my best not to let a movie’s genre play into how I view it. I’m also going to try not to put movies in little boxes for quick and easy filing, and to not be a genre snob. I know what I like and I know what kind of movies appeal to me, but how they’re categorized shouldn’t matter to me at all. If all movies are genre movies, then why does it matter what that genre is?
Posted by Patrick Bromley at 12:00 PM