Can you believe MTV Films has been around for almost 20 years?

MTV Films is dropping Project Almanac on us this Friday because teenagers have no discernable taste. That’s not to say the entire history of MTV Films has been bad. In fact, they’ve made some good movies. These are their 10 best in chronological order.

Beavis and Butt-head Do America (1996) – Granted I have not seen this movie is a very long time so it might not hold up at all, but in December 1996 I remember thinking that Beavis and Butt-head Do America absolutely did justice to a TV show that I loved as a tween. Much of this had to do with the fact that MTV picked a pre-Office Space Mike Judge to direct the movie and let his freak flag fly. I still giggle thinking about the old lady on the airplane who tells Beavis (about Las Vegas) “Oh, there are so many slots; you won’t know where to begin.” This is one of the best film adaptations of a television show ever made. 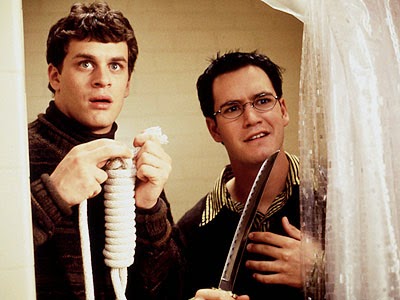 Dead Man on Campus (1998) – They don’t make ‘em like they used to. Dead Man on Campus is coarse and dumb but eminently watchable thanks to the chemistry between the likable Tom Everett Scott and the awesome Mark-Paul Gosselaar. Remember what a kick it was to see Zack Morris as a hedonistic sex machine with a penchant for drinking, drugs and partying? It was like a generation that was raised on Saved by the Bell suddenly grew up. I also have to give kudos to Lochlyn Munro (in a career-best performance) who is hilarious as Cliff, the demented roommate from hell. This movie is underrated and lots of fun.

Varsity Blues (1999) – A fucking classic. Varsity Blues is not only one of the best football movies ever but one of the best movies of 1999, period. People talk about Fight Club, Three Kings, Being John Malkovich, etc. when calling out 1999 as a banner year for cinema. Whatever. Those are good movies, but I would rather re-watch Varsity Blues right now over any of those. It’s funny, it’s exciting, it’s endlessly quotable (“I DON’T WANT YOUR LIFE!”) and it spawned the Betty v. Veronica debate of that year – Ali Larter or Amy Smart. The answer is obvious (Amy Smart, to whom I would give all the blood diamonds) but it was a great debate at the time. This movie made me feel like a total idiot for not playing high school football. “Nothin’ but net!” R.I.P. Lance Harbor. 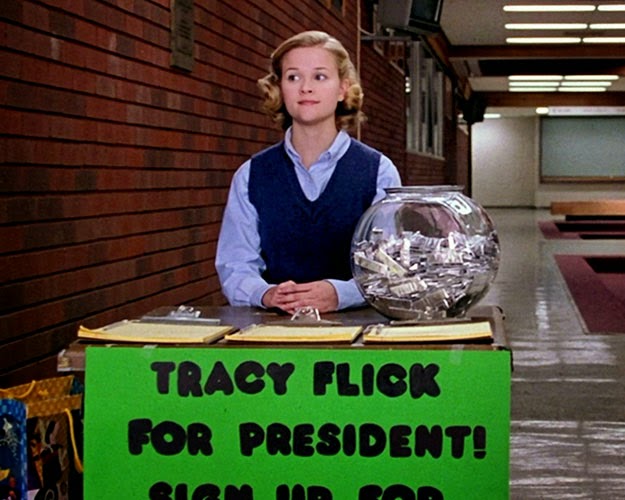 Election (1999) – Better than a fuck and a hot tub, Election is still Alexander Payne’s best movie. I love it. Reese Witherspoon is amazing in a star-making performance and Matthew Broderick is perfectly cast in his only great role post-Ferris Bueller. Hell, even Chris Klein is good in this thing. It’s been such a long time since I’ve seen Election. I need to go watch it again right now.

The Wood (1999) – MTV Films was crushing it back in 1999! If you haven’t seen The Wood, you should check it out. It’s a sweet and funny coming of age story about three childhood friends (Omar Epps, Taye Diggs and Richard T. Jones) who reunite when the Diggs character gets married. This movie is full of great music and fun character moments like when the three guys as teenagers (played by different actors in flashback sequences) debate which Tic-Tac flavor is best to have on you when macking on the ladies at a school dance. This is one that really flew under the radar and has sort of gotten lost since its release. That’s too bad. I really love it. 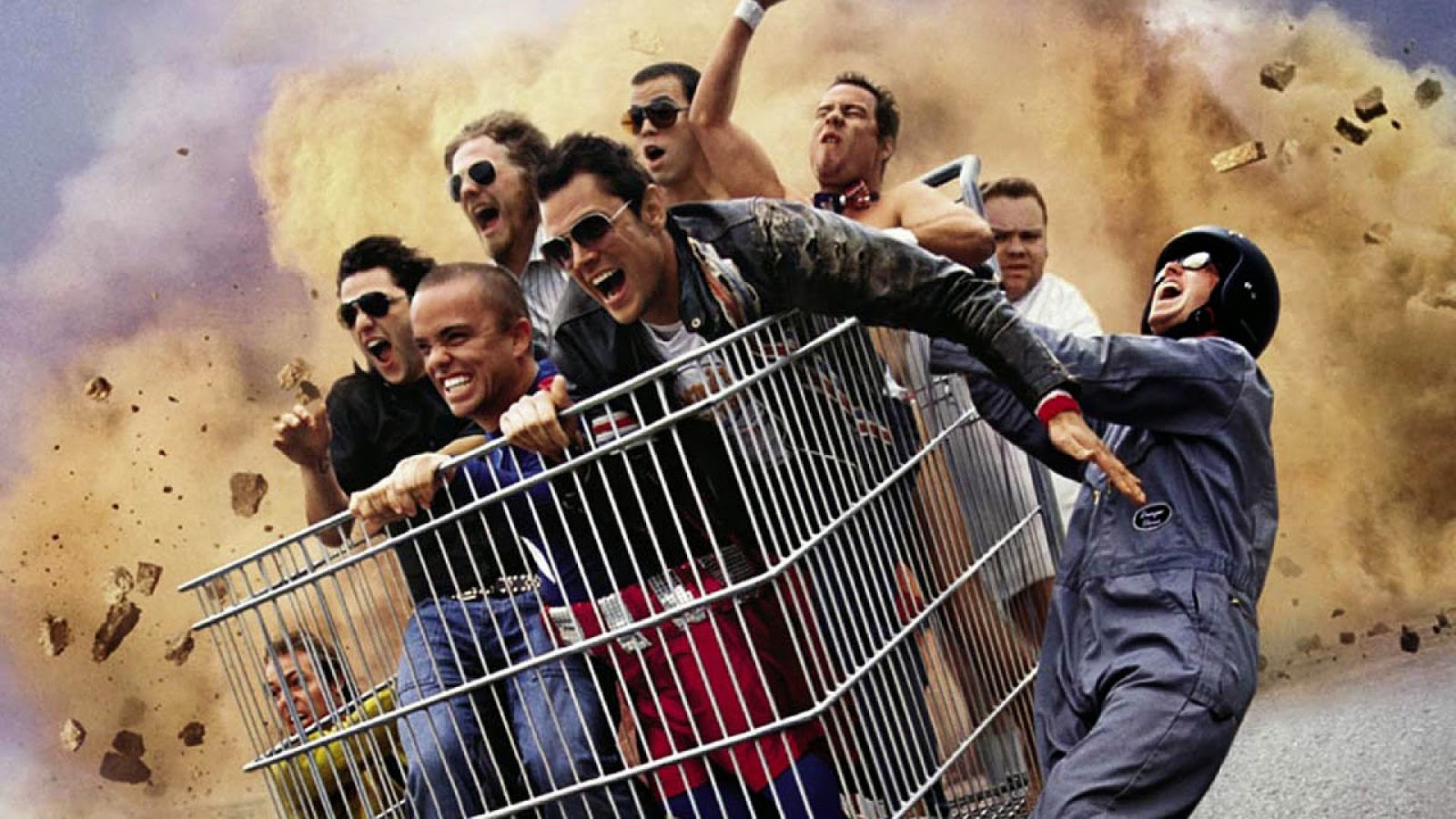 Jackass: The Movie (2002) – I’m always going to like this movie (and its first sequel) for the sheer fact that it was basically forbidden for me to watch when I was in college. I was dating a girl that looked down on Jackass and the people who watched it, so I had to pretend not to like it and secretly watch it when she was not around. It was my form of cheating. And it was so good! This is humor at its most base level, but Johnny Knoxville and company make it all work because (most of) the humor is directed at themselves and their own posse as opposed to humiliating innocent bystanders. I love watching people fall down and Jackass gives me my fix.

Tupac: Resurrection (2003) – I love Tupac’s music and am fascinated by the man himself. He was a complete dichotomy – a sensitive, thoughtful artist and a scumbag. Tupac: Resurrection is a documentary that knows that and as a result avoids being a puff piece. I’m curious to see a biopic one day about Tupac Shakur, but honestly this doc is so good that it almost doesn’t seem necessary. 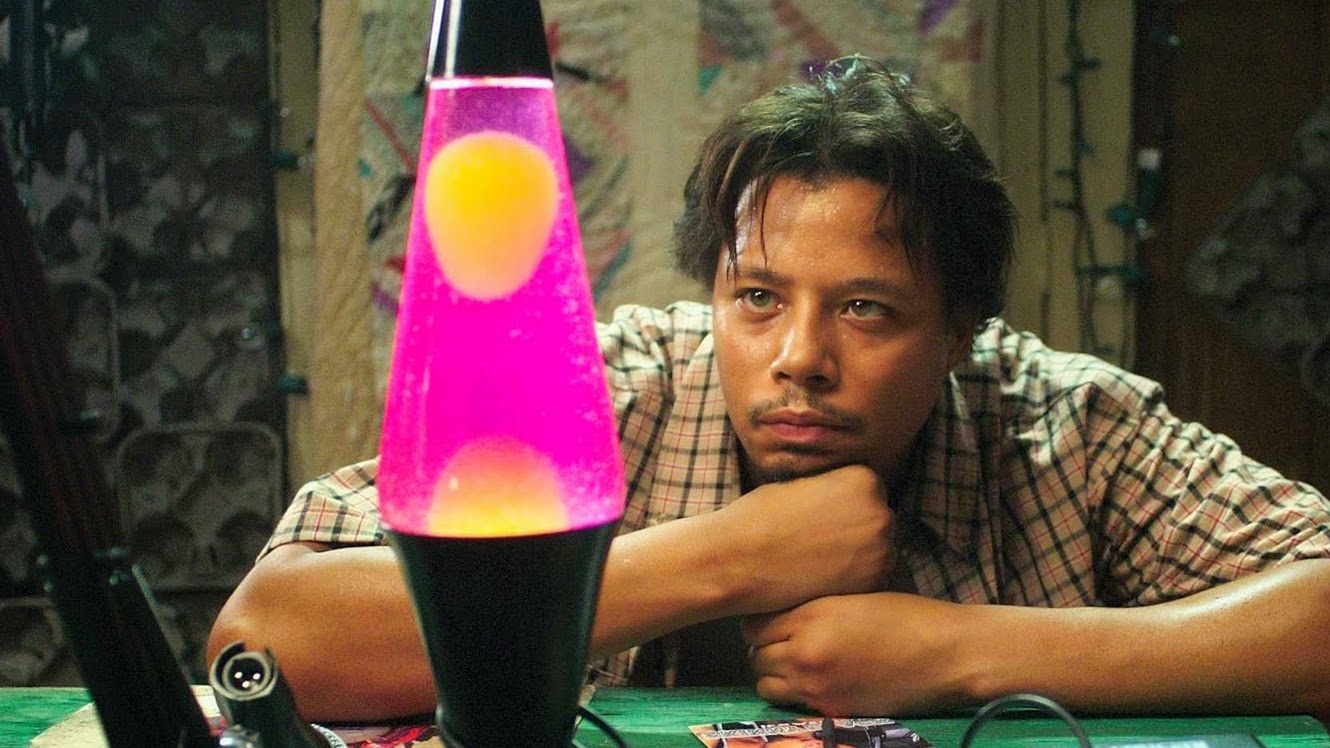 Hustle & Flow (2005) – The great Terrance Howard got his moment to shine in Craig Brewer’s music-filled drama about a pimp who dreams of becoming a rapper. Hustle & Flow works especially well in the scenes where Howard’s character (with Anthony Anderson and Taraji P. Henson) is cutting a demo. It’s a series of sequences that tap into the inspiration to create art and the joy of the overall process.

Murderball (2005) – In my post-college partying days I used to go out to the bars in Chicago every weekend and on one occasion I saw a gentleman in a wheelchair across the street from me. He was hitting on a girl outside of a bar and I immediately recognized that it was Mark Zupan from the movie Murderball, about paralyzed men who take part in a violent, extreme sport. It was in that moment I realized that no matter what the movie told me about Zupan being an inspiration to many and how brave he is in lieu of his condition, he is no better than me because on that given day, at that given moment we were doing the exact same fucking thing. Oh yeah, you should watch Murderball. It’s a good movie. 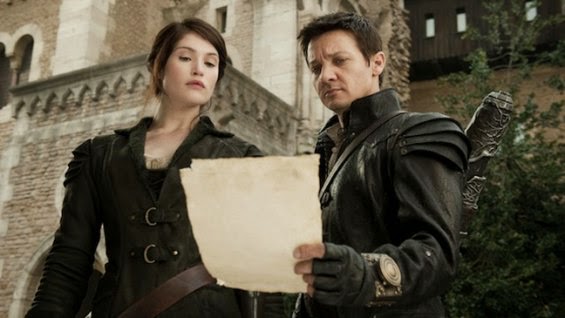 Hansel & Gretel: Witch Hunters (2013) – If you love Army of Darkness but don’t like Hansel & Gretel: Witch Hunters, you might be a hypocrite. They are basically the same movie! This was a real surprise for me when I saw it opening night two years ago and it’s a movie I’ve been championing ever since. Most people give me dirty looks like I’m crazy for recommending it (based on the silliness of its premise) but it’s their loss. Jeremy Renner and Gemma Arterton make a great action duo and Tommy Wirkola directs the shit out of this movie. It’s a blast and proof that MTV Films, while maybe long in the tooth, is still capable of producing fun and pulpy cinema that appeals to the inner teenager in all of us.
Posted by Patrick Bromley at 5:00 AM