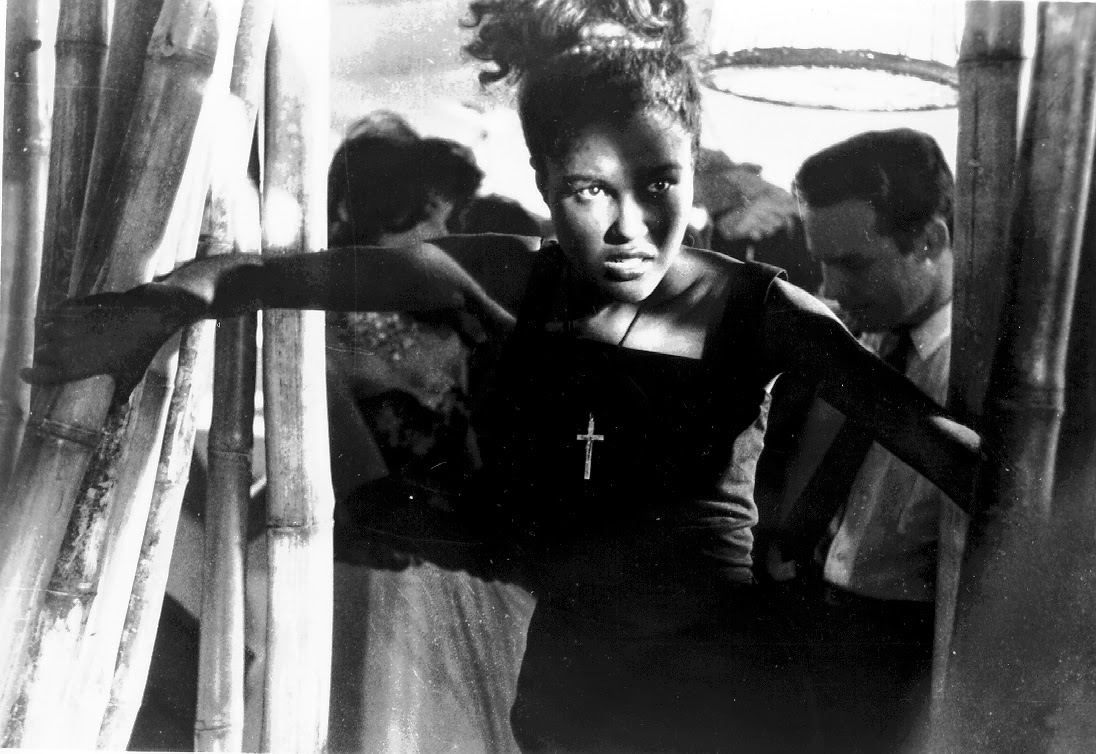 I have a big trip just around the corner (I'm heading waaaay down south to get married on a communist beach... CUBA!)), and in order to prepare for this, I wanted to do as all brides do: watch a billion sappy lovey dovey movies. But who am I kidding? I am not the biggest fan of romantic comedies, and am rarely in the mood for a serious love-drama. The solution? Watch movies about Cuba! Ho-kay!

So what do I have kicking around the house that I've been meaning to watch? First up was a no-brainer for me. As a HUGE fan of Stephen King, I have been listening on repeat to the audiobook version of 11/22/63, which just so happens to be my current favourite book. (How the story makes me long to live in the era [era] of 1950s/'60s Texas). With JFK on a constant loop in my brain and my upcoming trip on the horizon, it makes perfect sense to me to take a trip down history lane and put Thirteen Days in the ol' DVD machine. 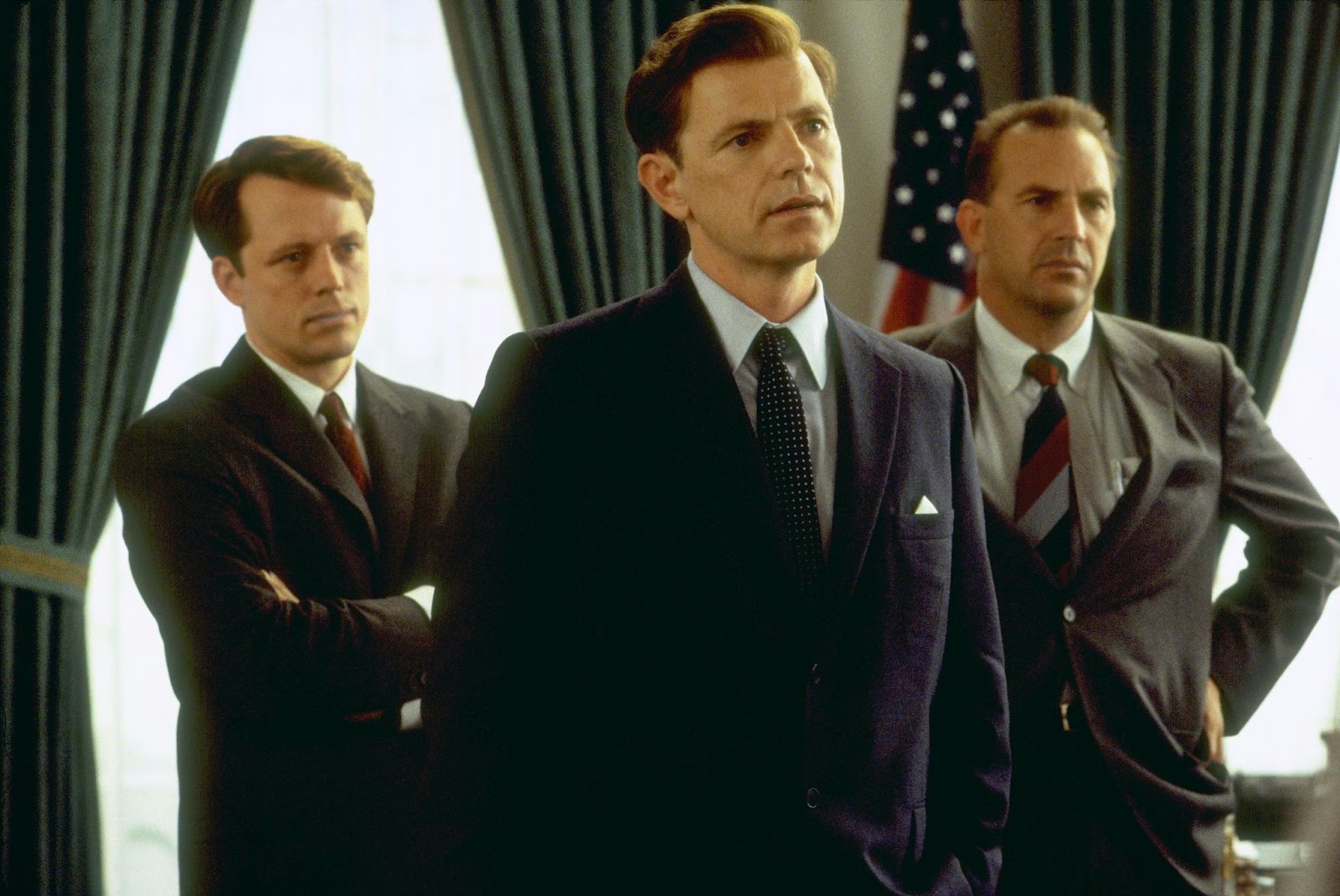 When you think of Cuba, what are the things that immediately come to mind? For me it's the four Cs; Cigars, Castro, Communism and Crisis -- the Cuban Missile Crisis to be exact. Roger Donaldson's 2000 film, while not being entirely historically accurate, does give us as an audience a glimpse into the White House as President Kennedy struggles to diffuse the closest we have come we have come to a world nuclear war. The tension and style of the film lend to more of a thrilling drama, and even though we all know the outcome of the story, it had me on the edge of my seat at times and I could feel the stress of the lives of a nation weighing down on the president's shoulders. I will need to revisit this again soon, as the mixture of the film's length (145 mins) and not really being in the mood for a long thrilling drama did have me a little bored at times.

With my slight boredom acknowledged, I knew that the next logical step to get myself in the mood for Cuba would be through organized crime, death, self-destruction and cocaine! Yep, this article would be entirely incomplete without the addition of Scarface to my watch-list.

This was my first re-visit since my mid-teens, and holy shit, what a difference almost twenty years can have! I remember liking it then, but this time around, and with my very much deepened love for all things movies, I was riveted from start to finish. So much for not being in the mood for a long movie! HA! From the tough-talking dishwasher boy at the opening through to the greedy, cocaine infused, seemingly indestructable terminator-style mad-man at the film's close, I was beyond transfixed by Al Pacino. His performance stole so much from everything else I normally take in from a movie, so I will have to add it to my “Must Watch Again Soon” list. 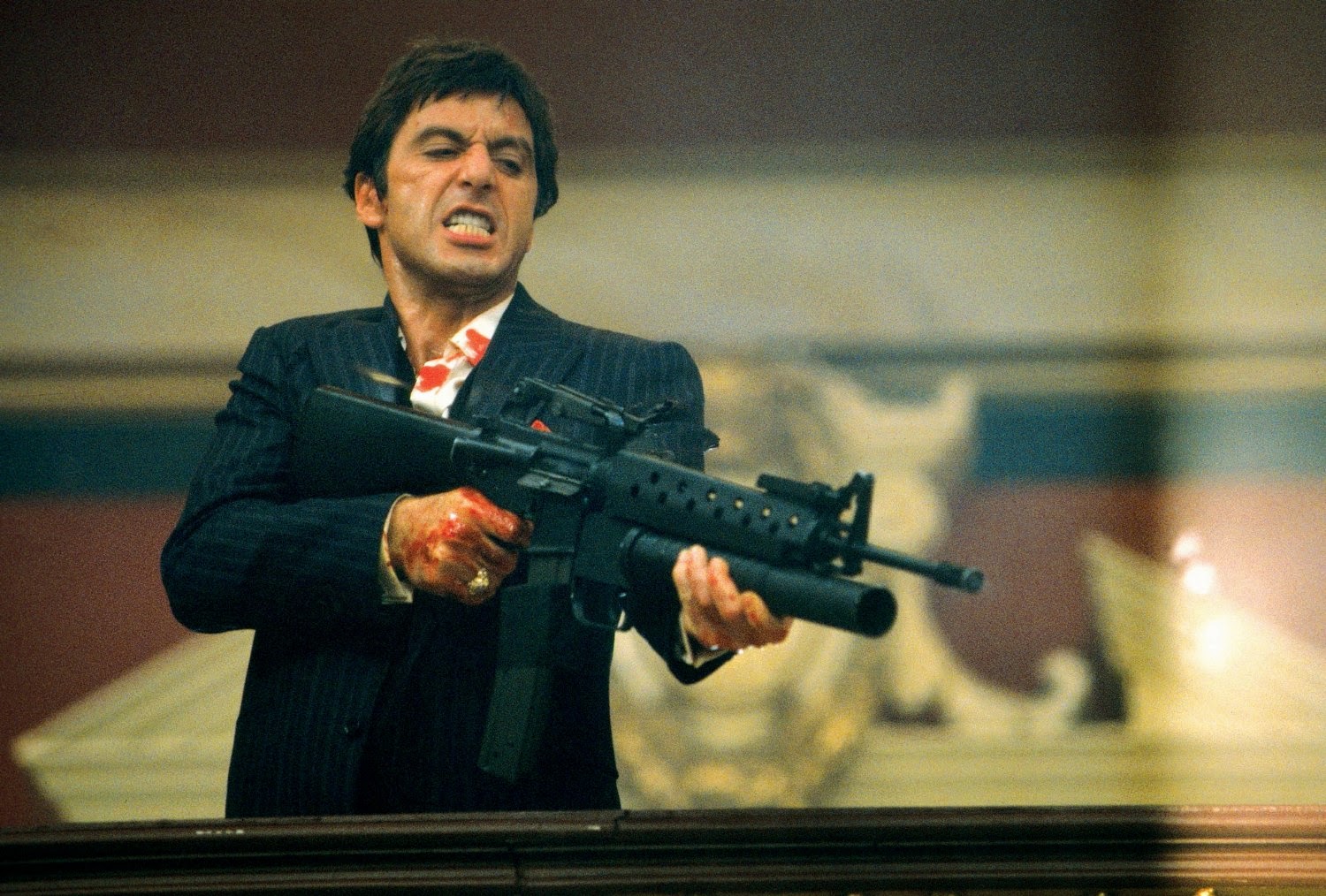 I shut off Scarface at about 2:30am, and literally my waking thought the next day was “I want to watch more gangster movies!” First one to come to mind, and having absolutely NOTHING to do with Cuba? Why, it's Oscar of course! Hmmm...Do I? Why not. With my ADD in full swing and taking me completely away from all things Cuba, why not follow my brain wherever it may lead me. Oscar it is!

Holy Hell, I forgot how MUCH I LOVE THIS MOVIE! It is easily in my top five movies of all time. Everything about it seems to be geared to my sense of humour. About a year ago I put out my request for Patrick to do a podcast on Oscar, but if he is anything like me, it would be nothing but a love fest. If you have not yet seen it (WHY NOT?!) but are a fan of Stallone, Tim Curry, Marisa Tomei (not to mention basically the ENTIRE cast), terrific acting, some of the funniest jokes ever (some of which are actually part of my day-to-day life: “Smooth, like a babies behind”, “...And look here's morrrrrrre money”, “...You are an ox, AND a moron”), AND can't get enough of a fast-paced, plot full of a ton of fun twists, then WATCH IT WATCH IT WATCH IT! 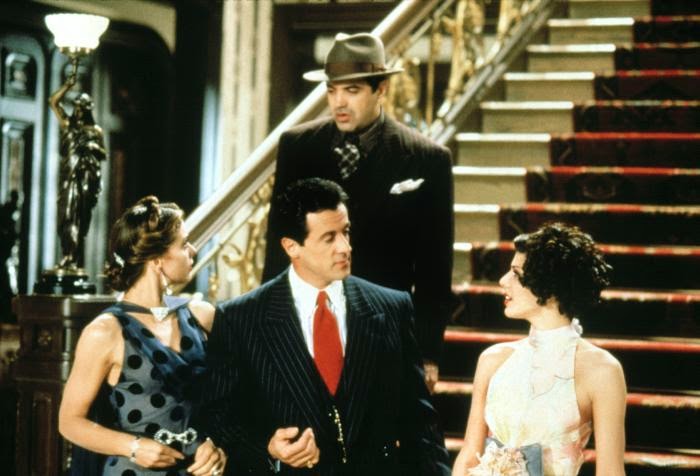 Having had my non-Cuban comedic gangster fix, my brain was then steering me in the direction of... (any guesses?) More Stallone!! What the hell? So much for a piece on films about Cuba and/or Cubans.

Next up, First Blood. Heh heh heh. I'll just leave it at that. I watched Rambo. And so should you!

A brief side note to give you an idea as to why I find the next film so intriguing: having been to Cuba a couple of times and made friends with a few locals, I was able to catch a brief glimpse into the reality of Cuban life -- and not just the beachy, rum-filled paradise most tourists are presented with. My first trip, I was approached by a man on the beach: “Hey, hey, senorita! ....How much?” To which I asked, “How much for what?” Turns out the man was wanting to pay me for the sex. (shudder) “EW NO, I'M NOT THE... THAT!” Who am I to judge how people make their money in order to survive, or choose to spend their holidays? But, ew, gross.

Moving on... my second trip to Cuba was an experience, to say the least. We just so happened to arrive at our resort in Holguin the day before a little tropical storm morphed into a Category 3 hurricane (Hurricane Sandy to be exact). The next morning we awoke to a devastated and destroyed resort and spent the better part of the rest of our week there helping to clean up and support the locals in the only way we could: by offering our measly few dollars to put towards rebuilding their homes or replacing their destroyed belongings.

Through Lucy Malloy's first feature film Una Noche, we are shown Cuban poverty, how the tourists feed the prostitution, and the desire of some of its citizens to leave a country that generally will not allow them to leave. Malloy spent several years in Havana to properly get a feel of the beauty and desperation of both the city and of its people, and oh my gosh does Una Noche ever depict that. The film brings us into the streets of Havana, and we are surrounded with Cuban life, culture, music, food, and a sexual (under?)tone that surrounds most interactions. I really, really liked this film. The pace, its colourful look and the music placed me right back in Cuba. 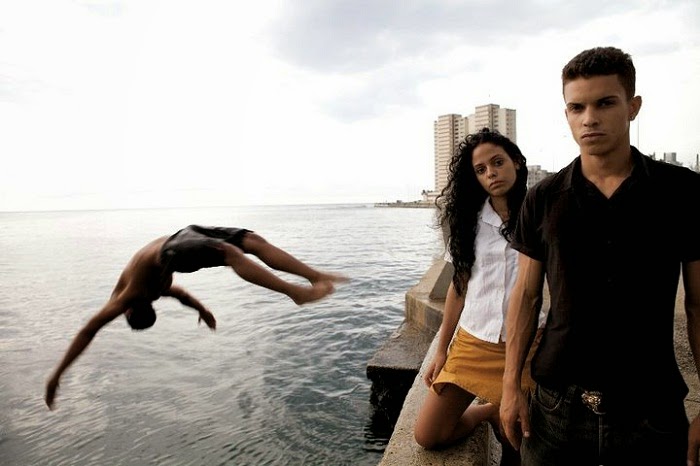 I feel like I have done nothing but brush the tip of the iceberg that is Cuban film and/or films about Cuba. I look forward to finding many more gems to add to my watch-list for the year!

While I am sure my wedding will not involve any prostitution, cocaine infused mad-men or missiles, I think we will still manage to have a fairly memorable trip. Maybe next time we can work in some movie worthy moments!
Posted by Patrick Bromley at 12:00 PM