Review: The Boy Next Door 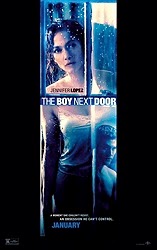 I would never in good conscience recommend you pay money to see The Boy Next Door in theaters. However, I am recommending you gather up your friends in a few months and Redbox the shit out of it. Rarely have I seen something as poorly written, oddly acted and altogether nonsensical. Throw in incompetent staging and blasé directing and you have a supremely entertaining misfire. It’s rare to see something this inane in today’s cinema. Just when you think The Boy Next Door couldn’t get any dumber, it calls your bluff and goes two steps beyond what you once thought was possible.

That being said, I do have to say this movie perfectly matched my expectations. I saw The Boy Next Door because I wanted to see something bad, and that is exactly what I got. In its favor, the movie is blessedly short at 91 minutes and terrible in a way that is fun instead of punishing. I laughed out loud several times (it has some awesomely bad jump scares) and was grinning in befuddled amusement during its duration. This isn’t a movie that starts out fine and loses its way. It’s a misbegotten calamity from the first scene and only gets worse. The climax of the movie is in a burning barn for crying out loud, despite the fact that the main characters do not own a farmhouse! 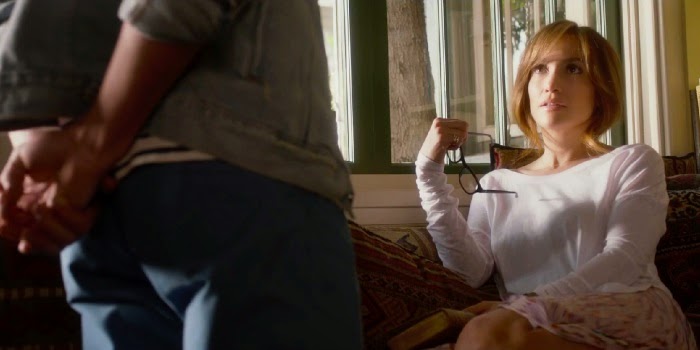 Claire (Jennifer Lopez), a high school teacher and mother who is estranged from her husband (John Corbett, the greatest voice in Hollywood), has a one-night stand with Noah (Ryan Guzman), the young man that moves in next door to take care of his ailing uncle. Claire knows she made a mistake and immediately attempts to sever the relationship. Noah, being that he’s suddenly crazy nuts, has other plans.

Can we talk about how stupid this movie is for a second? Let me give you some examples: 1) There are home break-ins, graffiti, the fracturing of a student’s skull etc., and all of them have little to no repercussion or consequences. 2) Jennifer Lopez’s son (played by Ian Nelson) is the most hilariously sweet teenager to ever be put into a movie. He should date Maggie Grace in the original Taken. 3) J. Lo’s kid takes “the most beautiful girl in school” to Fall Fling and when we see Fall Fling we completely get it because there are apparently 12 students in the entire school as evidenced by this dance. How did the filmmakers fuck that up? 4) The movie doesn’t even adhere to a logical chronology. For instance, on the night that Claire and Noah hook up, Claire has already showered and put on her nightgown, then apparently gotten out of her nightgown, gone on a blind double-date with her friend (played by Kristin Chenoweth, who I’m not entirely convinced is a human person) and finally back home in time to fuck her young neighbor. Who is almost 20! 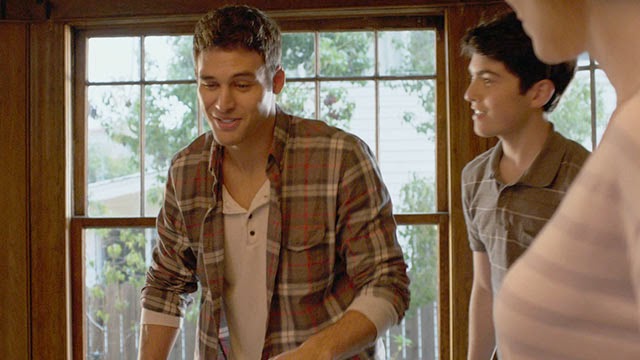 In a cheat of all cheats, Noah re-enrolls in the high school Claire teaches at because he missed two years of school. So he’s not even a boy. This is the way the movie skates around the whole gross statutory rape thing, probably for the better. But that begs the question that if Noah is almost 20, why doesn’t Claire just go to the police? It might be frowned upon that she cougar-towned a youngling, but at least it’s not illegal. All of her Noah problems could be solved if she just went to the police, which she actually does at one point in the movie AND DOESN’T MENTION SHE’S BEING STALKED BY A PSYCHOPATH!!!

The Noah character’s arc (yeah, I went there) makes no damn sense either. At first he’s this sweet, helpful young man (Why is every psycho handy with garages and cars? Aren’t there any crazy people that are bad at handiwork?). Then, on a freaking dime, he turns into a lunatic (punching walls, screaming at and dry humping J. Lo in public). My best guess is he got some kind of syphilitic hysteria from robbing her money train.

The Boy Next Door was directed by Rob Cohen, a staple of '90s time-waster cinema, who brought us the entertaining Dragon: The Bruce Lee Story, Dragonheart and The Fast and the Furious. Sometime around 2002 he must have fallen off a ladder, hit his head and forgotten how to direct, as his output has taken a nosedive in recent years (Stealth, The Mummy: Tomb of the Dragon Emperor, Alex Cross). His latest continues that downward spiral. This is the work of a flailing director-for-hire. 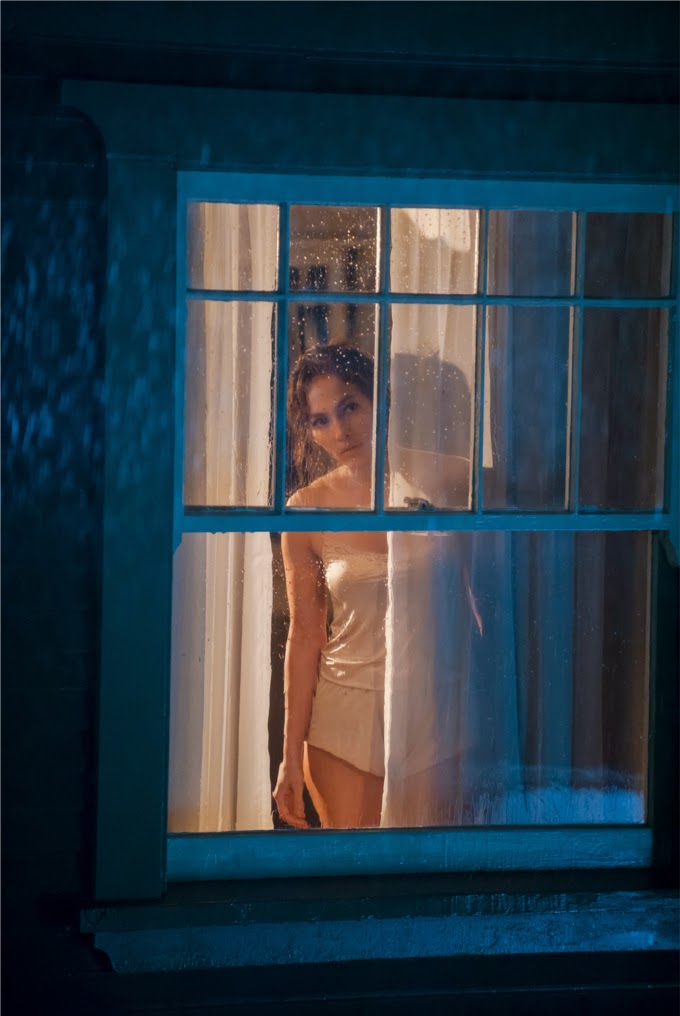 No one cares about telling a story here. It’s all about a scenario. The filmmakers saw a commodity in Jennifer Lopez, stuck her in a trashy thriller (a genre that traditionally has a built-in audience) and spent very little money and time on it in order to guarantee the movie turns a profit. It’s a penny stock of a movie, where Universal executives are throwing the money in the air and laughing at their raining fun coupons.

The Boy Next Door is a lazily plotted and mindless thriller of the same ilk as Fear, Fatal Attraction and The Hand that Rocks the Cradle; just much worse. It’s the type of movie that makes you feel superior to the characters it portrays. I know I’m supposed to hate it, but I almost admire The Boy Next Door in a demented way. It was like watching an overly-caffeinated Lifetime movie scripted by 14 year olds. Remember when Jennifer Lopez was in Out of Sight and we thought she was going to be a respectable movie star? Nope.
Posted by Patrick Bromley at 5:00 AM