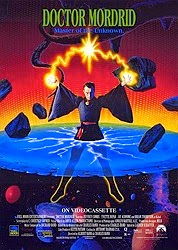 This was my first viewing of Doctor Mordrid, better known as Full Moon's "superhero movie." I loved it.

Though primarily identified these days as a studio that makes campy horror comedies, there once was a  time when Full Moon made all kind of movies. They all fell under the larger umbrella of "genre" films, but there were gothic romances (Meridian) and sci-fi westerns (Oblivion) and straight dramatic horror (Castle Freak, The Pit and the Pendulum) and whatever Arcade would be called. There's also Doctor Mordrid, a splashy supernatural superhero movie that would almost be great for young kids if it weren't for the few spots of R-rated nudity and bloodshed. I guess Full Moon gotta Full Moon.

The great Jeffrey Combs plays Doctor Anton Mordrid, a centuries-old wizard sent to Earth to protect it from Kabal (Brian Thompson of Cobra fame), a bad dude who wants to use black magic to open a gateway to Hell. During his 150 years spent waiting on Earth as its guardian, Doctor Mordrid buys an upscale apartment building and becomes a criminal psychologist. He befriends the tenant down the hall, a police consultant named Samantha (Yvette Nipar), just as Kabal makes his move and crosses over into our dimension. Now, Mordrid must stop the coming evil and beat a murder rap with Samantha's help.

If Doctor Mordrid sounds a lot like Marvel Comics' Doctor Strange, that's not a coincidence: Charles Band grew up obsessed with Marvel -- the Sorcerer Supreme in particular. He had planned to make a movie of the character for some time, but his option expired before he could get it in front of cameras (and before you go into shock that Marvel licensed the character to Full Moon, remember that the early '90s were a very different time for comic book movies -- this was back when Marvel was letting Roger Corman make The Fantastic Four and Cannon make Spider-Man and Albert Pyun make Captain America). Rather than bail on the project altogether, Band had the script rewritten to focus on "original" characters and essentially just made his own Doctor Strange movie. The results are a lot of fun.

Besides being one of the most accessible and "respectable" films in the Full Moon catalogue -- again made during the Golden Age of Full Moon's distribution deal with Paramount, which allowed for slightly bigger budgets and better production value -- Doctor Mordrid bears the distinction of being the first film to be co-directed by Charles Band and his father Albert Band, the director of 1958's I Bury the Living! who would go on to produce and direct a number of movies for his son's companies, including Ghoulies II, Robot Wars and the first two Prehysteria! films (the first of which he once again co-directed with Charles). While there's very little about the movie that's discernibly different from a movie that Charles Band directed solo (they were never directing at the same time; Albert stepped in when Charles had to tend to one of the other dozen movies Full Moon had in production at the time), I like the idea of father and son teaming together to make a film that's close to their hearts and which celebrates decades of pulp through a character who is both ageless and timeless. Mordrid's apartment feels like a  swinging '70s bachelor pad, there's a dash of '80s fantasy and some amazing stop-motion animation effects once again courtesy of the late, great Dave Allen right out of early '60s Harryhausen. Plus, with her big curly hair, pleated jeans and oversized denim shirt, Yvette Nipar is the walking '90s. 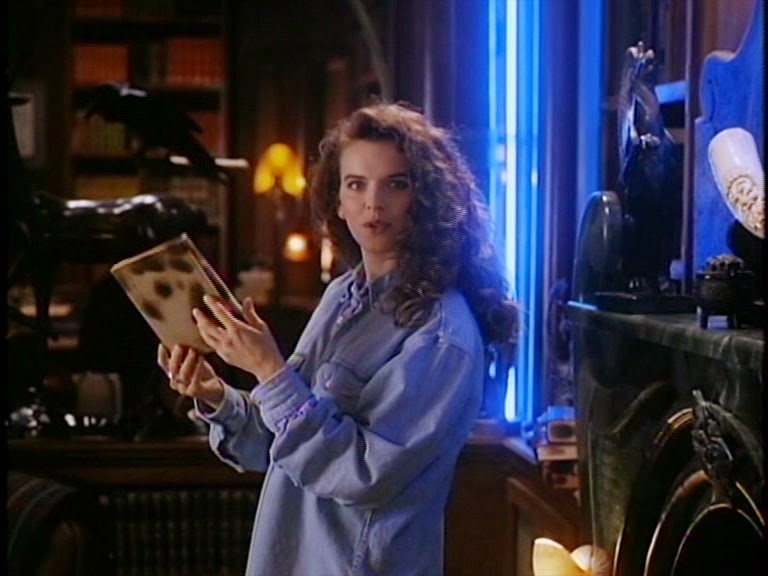 Unlike a lot of the Full Moon titles, which rely on a central gimmick (killer puppets, killer cookie, killer bong...you get the idea), Doctor Mordrid lives and dies by its main character. Thankfully, Band was canny enough to cast Jeffrey Combs in a rare good guy role (I've seen him play antihero before, but can't think of another example of a movie in which he's the hero-hero). Combs had worked with Band dating back to the Empire Picture days and continued to appear in a number of Full Moon features throughout the '90s. Here, he gets a totally different type of part to play -- he's neither mad scientist nor tortured family man, and he's front and center instead of in the fringes as a quirky, interesting character actor. It's unfortunate that Mordrid isn't fleshed out better as a character, as aside from his role in matters of eternal good and evil, we don't know a whole lot about him. For a Jeffrey Combs character, he's not even particularly eccentric. And yet Combs is able to sell the character's intelligence (because Jeffrey Combs) and a sense of isolation. He convincingly creates someone who is "other" without the screenplay relying on a  bunch of fish-out-of-water jokes.

Speaking of the script, one of the movie's secret weapons is C. Courtney Joyner, a screenwriter (and eventually director) who worked for Band back in the Empire days and was associated with many of the best Full Moon projects: he wrote Prison (for Empire) and Puppet Master III, then wrote and directed Trancers III: Deth Lives and Lurking Fear, among others. Joyner is a great genre writer, infusing every one of his scripts with a strong sense of character, a sharp sense of humor and enough action and/or VFX set pieces the keep the movies feeling lively where it counts. He instills a playful intelligence in Doctor Mordrid, walking the fine line between taking the material seriously and recognizing that it's all a little silly. 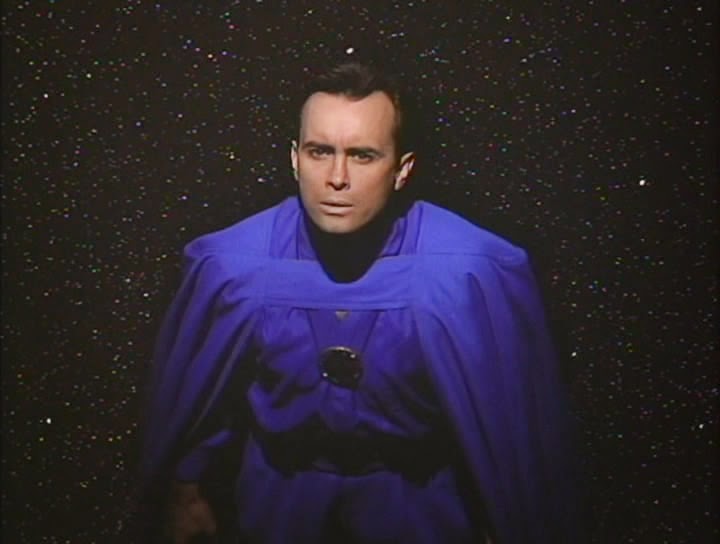 Had I seen Doctor Mordrid in my younger days, I suspect it would have become a fast Full Moon favorite. It's got so many of the elements I love in these kinds of movies: a lead character I like watching, a witty script, inventive special effects, a sense of humor and adventure and fun and just a dose of sexuality -- though when it's Julie Michaels we're talking about (she of Road House fame, plus the opening scene of Jason Goes to Hell), it's way more than a dose. Brian Thompson was the go-to bad guy for several years' worth of genre movies -- he just has one of those faces -- and while he doesn't make Kabal into a particularly interesting character, he's certainly intimidating. He looks and sounds the part. Plus, it's a lot of fun seeing him square off with Jeffrey Combs, who is in almost every way his physical opposite. 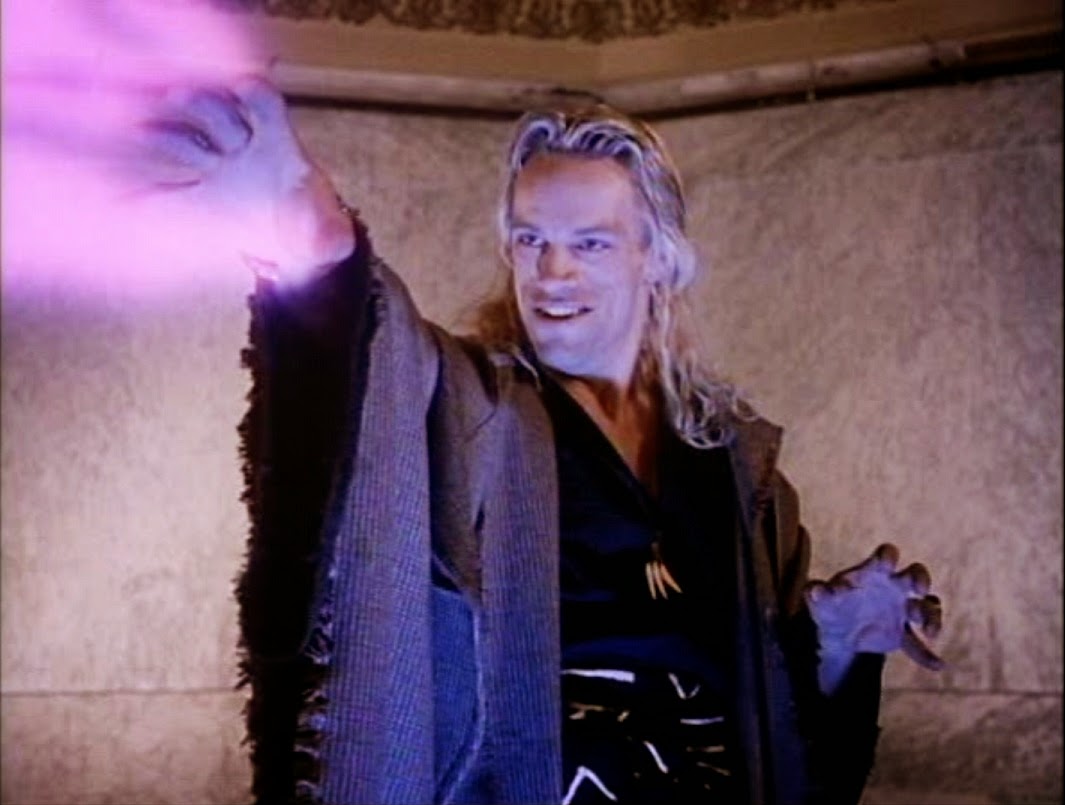 While the film's finale is a showstopper -- a stop-motion slugfest between two dinosaur skeletons -- there are way too many scenes of Doctor Mordrid either a) hanging out in his apartment or b) being interrogated in a police station. It's those budget restrictions rearing their ugly head again. Nowhere is that more obvious than when the cool-looking demon monsters begin to cross over to our realm just in time for Mordrid to send them back; they literally poke their heads out only to disappear. We're left with stop motion monster blue balls. But despite the long stretches of dialogue and characters standing around talking in rooms, the more fantastic sequences are thoughtfully spaced throughout the movie -- just when we start to grow impatient, Mordrid teleports to another dimension and speaks with a guard whose eyes have been burned out of his head or Kabal's minions blow up a police car. 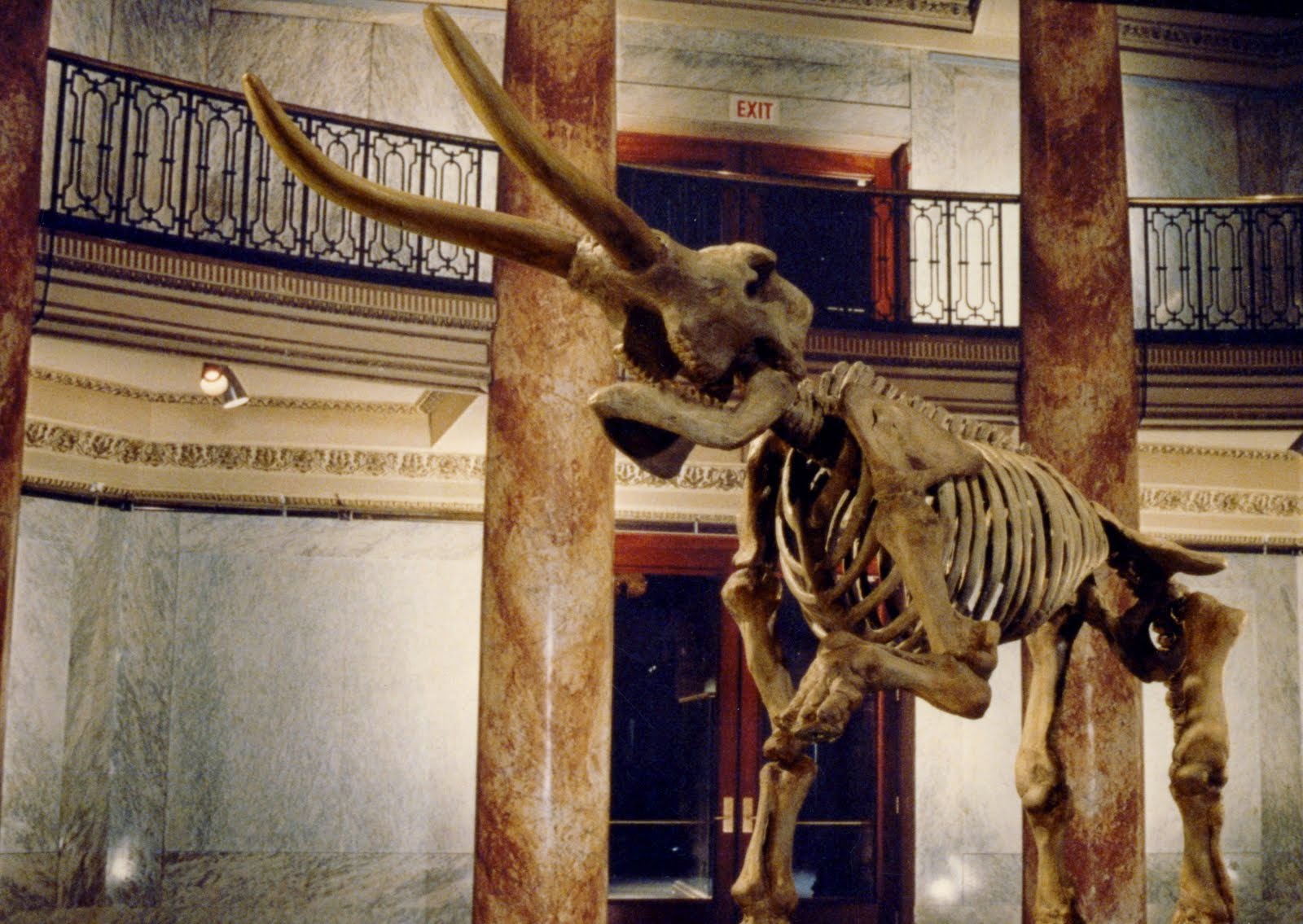 Full Moon recently released Doctor Mordrid on Blu-ray, and while the company is clearly putting everything into its streaming service, I appreciate that they're releasing their classic titles during the dying gasps of physical media for those of us who like to collect discs. This is the first time the film could be seen in its original 1.85:1 widescreen; because most of Full Moon's catalogue was released straight to video and then spent years in bad 1.33:1 full frame transfers even when the titles went to DVD, it's easy to forget that many of the films are cinematic -- Band and company were making movies, and they're meant to be seen as movies. I'm so glad that the move over to HD is getting Full Moon to create new masters of their films, the best of which are bright and colorful and poppy and deserve to be seen in the best way possible. The Blu-ray also features an entertaining commentary by Band and Combs (during which they mention that Greg Kinnear was once an intern at Empire Pictures); that commentary is also available as a separate viewing option on Full Moon Streaming.

It's been just about a year since I first signed up for Full Moon Streaming and started writing this Full Moon Fever column. It's never been the most popular feature on the site, as very few people seem as passionate about revisiting/discovering these movies as I am. That's ok. I keep doing it because I believe in following my heart when it comes to writing about movies, and this is where my heart wants to go. What's the sense in running your own site if you can't champion the things you love? In the time that I've been writing this column, I've seen around 50 titles on FMS, from some pretty low lows to new favorites that I'll be revisiting for years to come. I hope those of you that have dug reading these pieces -- or at least given them a shot -- will stick with me as I continue. When a movie like Doctor Mordrid comes along, I'm not ready to give up yet.

Buy Doctor Mordrid on Blu-ray or DVD through the links below and support F This Movie!