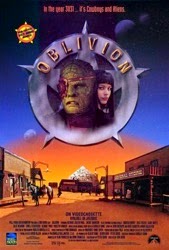 My first entry for this new column on Full Moon movies was called Oblivion before Tom Cruise's Oblivion and did cowboys and aliens before Cowboys & Aliens. I like it better than both of those movies.

Last week, I wrote about my recent subscription to Full Moon Entertainment's new streaming service, Full Moon Streaming, and contemplated documenting the experience of going through the catalog. If you're reading this, it means that I decided to go ahead and do it (and that I am already dead). But what would my inaugural movie selection be? One of the numerous pint-sized monster movies for which Full Moon is best known? Those are hit and miss, and I don't want to get off on the wrong foot. Something like Dollman, the Albert Pyun-directed classic for which I already have a lot of affection? I'll wait till my Blu-ray arrives in the mail (one of the three I get for free as part of signing up for Full Moon Streaming).

The choice should be obvious. Where better to start 1994's Oblivion, a sci-fi western that I've long been aware of but never actually seen? 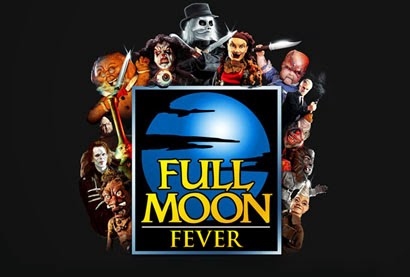 It's the year 3031, and a vicious alien named Redeye (Andrew Divoff under lizard makeup) is looking to seize control of the western town of Oblivion. He murders the marshal (Mike Genovese) and along with his two henchman, burly Bork (Irwin Keyes) and sexy, leather-wearing whip cracking Lash (Musetta Vander), Redeye begins running rampant over the town. He imprisons the dead marshal's deputy, cyborg Stell Barr (Meg Foster). He terrorizes prim shopkeeper Mattie Chase (Jackie Swanson). But when news of the marshal's death reaches his son Zack Stone (Richard Joseph Paul), an empath and a pacifist, he returns to town to settle the score.

Movies like Oblivion are often misunderstood by casual moviegoers that immediately dismiss them as "cheap" or "stupid" (I'm basing this on things like Amazon reviews and IMDb comments). There is a belief that all movies should conform to one certain idea -- that THIS is what a movie should look, sound or feel like. So Obvlivion gets called stupid because it doesn't look or feel like Iron Man or any other big-budget Hollywood movie. That's a stupid argument. Art doesn't work that way. You don't make fun of pizza because it doesn't taste like steak. 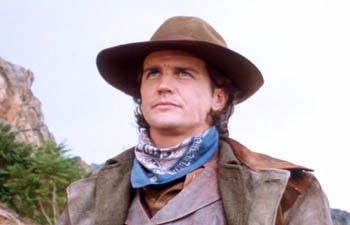 Taken on its own terms, Oblivion is pretty terrific. I won't keep drawing similarities between this movie and the Tom Cruise movie of the same name, but it's an illuminating point of comparison because what they do the same is exactly what makes them different. Both function as sci-fi pastiche. But Joseph Kosinski just mashes up a lot of science fiction plots and tropes and wants to pass them off as his plot -- there's no affection there, just a lot of borrowed ideas. The Full Moon Oblivion was clearly made by people (among them director Sam Irvin and writers Charles Band and Peter David) who love old westerns and sci-fi movies and, unable to decide which to make, mashed them together. The clichés that pop up in the '94 Oblivion are there intentionally. The movie takes textbook western conventions -- the reluctant gunfighter, the drunk town doctor, the madame with a heart of gold -- but then drops in a bunch of sci-fi weirdness like giant stop-motion scorpions (courtesy of the late David Allen) and a cyborg deputy to give it its own personality. Oblivion is a movie with a lot of personality. 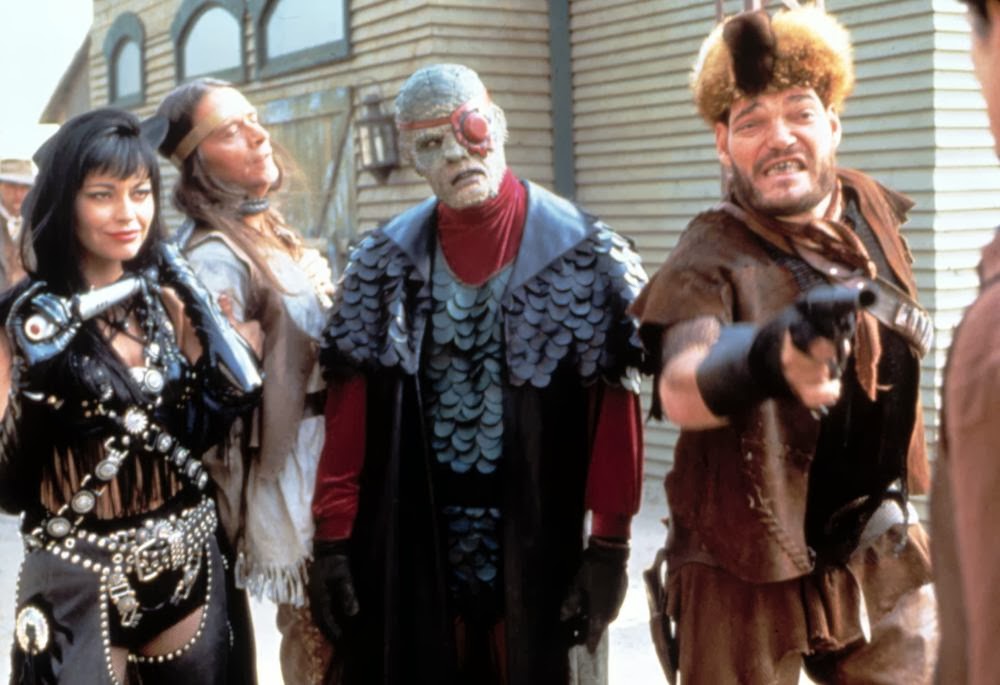 It's the love of old genre films that comes through in all of Oblivion, from cheap oater Westerns to '50s mutant movies to old Ray Harryhausen flicks. You don't cast Sulu and Catwoman and Lurch and the guy that sang "Theme from Shaft" by accident. Yes, George Takei plays the town doctor, Julie Newmar the madame, Carel Struycken from the Addams Family movies plays a kind of psychic undertaker and Isaac Hayes makes a cameo just because. All of this stuff is very self-aware (Peter David's script makes multiple allusions to old science fiction) but never self-satisfied, cheeky but not kitschy.

The acting is all over the place, which is just another aspect of the movie's mixed-bag charm. Andrew Divoff and Musetta Vander are clearly enjoying themselves as the villains and pitch their performances just the right side of "big." Meg Foster is on hand mostly to led genre credibility, which she does. Jackie Swanson and Richard Joseph Paul are wet blankets at the film's center, but such is the nature of playing the leads in a movie filled with extremely colorful supporting characters. More problematic are the performances of Takei, who proves that he should never attempt doing accents or comedy, and Jimmie F. Skaggs (the guy who gets blown away on the Christmas tree lot in Lethal Weapon; ironically, co-star Jackie Swanson was also in LW, playing Amanda Hunsacker, the girl who topless dives off the balcony at the beginning), playing Zack Stone's Native American sidekick. It's not so much Skaggs' acting as it is the entire character of Buteo. Yes, the '90s were a different time and yes, Oblivion is a throwback to a time when such redface performances were more common, but it still doesn't quite sit right. Apparently you can only get away with it if you're Johnny Depp. 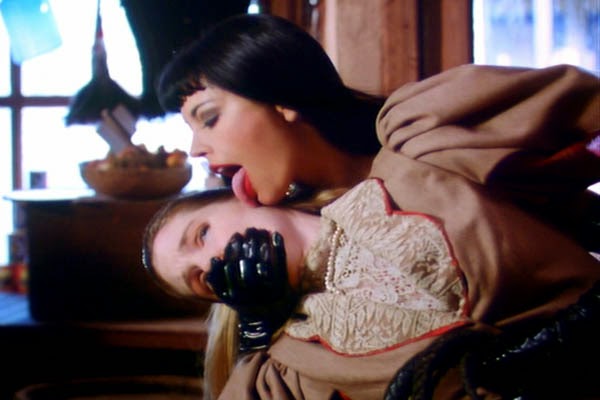 There's something inherently silly about the very premise of cowboys and aliens, and it's a silliness which Oblivion embraces fully. That same built-in silliness is the reason audiences would chuckle at the title reveal for Jon Favreau's Cowboys & Aliens back in 2011, but the movie's grim-faced refusal to enjoy its own pulp origins made it a joyless slog. With all its cheapness, with all its bumps, Oblivion is far more spirited fun than its $160 million Hollywood counterpart.

Boy did I have a good time with Oblivion. Some of it is good-bad, like George Takei's drunken overacting. Some of it is bad-bad, like Richard Joseph Paul's empathic convulsing when a bad guy is being pulled apart by giant scorpions. Most of it, though, is good-good, like the scene in which Zack Stone is eulogizing his dead father next to a bingo game, or another scene in which the villains terrorize our damsel in distress simply by breaking stuff in her store, or the stop motion creatures that pop up from time to time as a reminder that there's more sci-fi in the film than just Andrew Divoff's excellent lizard makeup. There's Pino Donaggio's score and Adolfo Bartoli's splashy, comic book-y photography. It's a movie made with good cheer and an obvious love of B-movies (a term I do not use as a pejorative). I spent half of its running time wondering how in the distant future of 3031, America has somehow reverted back to the 1800s. A late-movie reveal answers that question and made me like Oblivion even more. The way the film embraces its sci-fi wackiness with little details like that is completely charming. 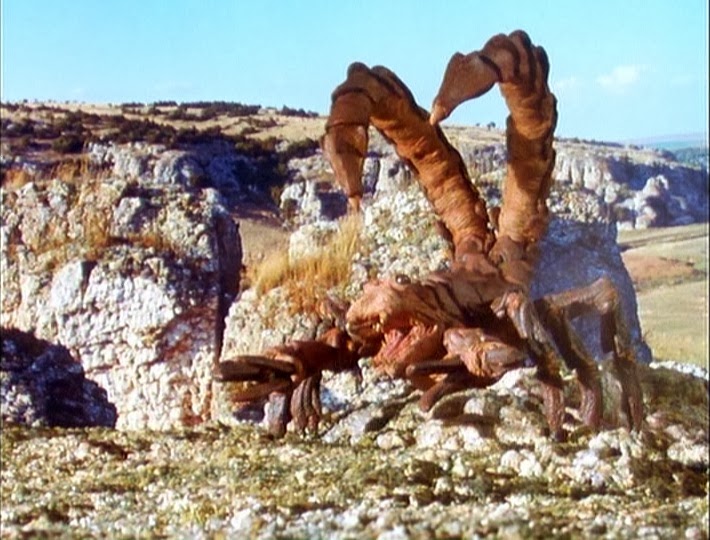 The movie was made during the heyday of Full Moon. The company had enjoyed several successes, was doing gangbusters with its video division and getting a few titles limited theatrical releases, bolstered no doubt by their distribution deal with Paramount. They were still making genre movies, but they were genre movies for a wider audience than the company makes nowadays. They were movies made on a budget, but they feel big. They had ambition -- at least Oblivion does. It's the kind of genre movie that celebrates being a movie.

Oblivion has been released on DVD three separate times: once in 2002 by the now-defunct Artisan Entertainment, once in 2010 by Full Moon and again in 2011 by Shout! Factory (the latter of which featured a cover that's an Asylum-like ripoff of the Cowboys & Aliens poster). From what I've been able to research, all three versions contain the same spotty full frame transfer and very few extras, so I'd like to take this opportunity to ask Full Moon to please release a Blu-ray of Oblivion. The company has slowly been rolling out some of its bigger titles in high def, and this is a movie that cries out for a deluxe treatment with a proper widescreen transfer. I'll even volunteer to do the commentary if they want, assuming Charles Band is ok with someone gushing over how much he likes the movie for 90 minutes.

A sequel to Oblivion, called Oblivion 2: Backlash, was released two years later in 1996. It reunites the entire principal cast (even Divoff, playing what I believe is Redeye's twin) and adds Maxwell Caulfield. It's also available on Full Moon Streaming, but I don't want it to be the next movie I watch and write about for this column. I know that Full Moon's catalog is going to be full of ups and downs, and I don't want to burn off too many of my "ups" right off the bat. Like Bastian with the sandwich, there's still a long way to go.

Buy Oblivion on DVD through the link below and support F This Movie!

Posted by Patrick Bromley at 11:48 AM