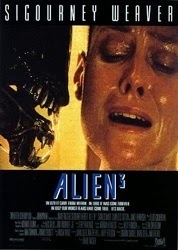 As any good movie fan knows, filmmaking can sometimes be a painful birthing process. Plenty a talented filmmaker has seen his or her film taken away by producers or studio execs and turned into something they believed to be more commercial, more marketable, more upbeat, more bland. Sometimes, that filmmaker can win out in the end, even when it's years after the fact. Sometimes, that original version never exists for the public to see -- they're fairy tales of what might have been, passed down through generations of movie lovers.

Here are just a few movies that studio interference wrecked -- or might have wrecked if not for filmmaker persistence, word of mouth and the advent of the "special edition."

1. Brazil (1985) Entire books have been written on the battle of Brazil (coincidentally, that book is called The Battle Of Brazil). It's the masterpiece that almost wasn't -- Terry Gilliam's visionary, beautiful and sad futuristic epic cut down to 90 minutes and given an ill-fitting happy ending by Universal's then-chairman Sid Sheinberg. Gilliam went rouge, taking out full page ads in Variety asking "Why won't you release my movie?" and eventually holding secret screenings of his cut. That bit of subterfuge led to the Los Angeles Critics Association naming Brazil the best film of 1985 despite the fact that it hadn't yet been released, ultimately forcing Universal's hand and allowing Gilliam to release something much closer to his version. The Criterion Collection has offered the best possible document of the whole fiasco first on laserdisc, then DVD and now Blu-ray; their release of the film offers all three cuts (the short "Love Conquers All" version, the theatrical cut and Gilliam's director's cut), plus lots of extras explaining the whole history. And to think one studio exec almost denied audiences one of the greatest American movies of the last 50 years. 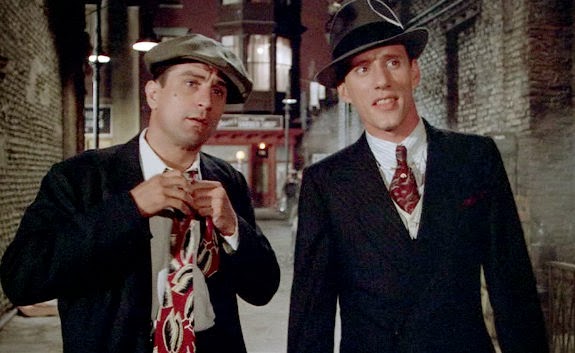 2. Once Upon a Time in America (1984) Another movie with a tortured history and more cuts than you can keep track of, Sergio Leone's masterpiece got fucked over so badly by the studio that he never made another film (good job, America!). The director's original cut ran 4 hours and 29 minutes; by the time it premiered at Cannes in 1984, it was trimmed to 3 hours and 49 minutes. That version reportedly earned a 15 minute standing ovation. For its American release, the film was cut again to 139 minutes -- over 90 minutes shorter than the Cannes version and two hours shorter than Leone's original cut. The flashback structure was removed, the story was told in chronological order and the movie made no sense, prompting the great Roger Ebert to call Once Upon a Time in America a "murdered movie" (he gave the European cut four stars, the American version only one). The 229 minute cut was eventually released on DVD (and later Blu-ray), while a 251 minute cut screened at Cannes in 2012. There are still people working behind the scenes on recovering and restoring those last 18 minutes. Hopefully we'll get to see Leone's full movie in our lifetime, but even if we don't we can be comforted by the fact that the 229 minute version is a total masterpiece and one of my favorite movies of the '80s.

3. All the Pretty Horses (2000) - Billy Bob Thorton's adaptation of Cormac McCarthy's novel had somewhere between one to two hours chopped out of it by Miramax -- a move that was vocally criticized by star Matt Damon in the press. The finished film is not very good and remains one of the most notorious victims of Harvey Weinstein's legendary interference. A director's cut has been rumored for several years, but is apparently being held up by issues with the score. I'd be willing to give Thorton's intended version a second (first) chance.

4. Knights of Badassdom (2014) - I've written about this one at length already. It's currently being rolled out via Tugg (a service in which anyone can bring a screening to his or her hometown if enough tickets are pre-sold, because that is how you debut your movie) before a VOD release in February. Joe Lynch's film fell victim to questionable, possibly criminal business practices having nothing to do with him or the movie and, after being caught up in red tape for three years, a cut was thrown together (without Lynch's input or support) to avoid a lawsuit. Contrary to what I once believed, an actual director's cut does not currently exist, as Lynch was never able to finish the movie. Unlike Brazil, this one is unlikely to have a happy ending. Fuck the people that ruined something that sounded really special.
*To be fair, I have not yet seen the Not-Joe-Lynch-cut of Knights of Badassdom, but early word from those who have is not positive. 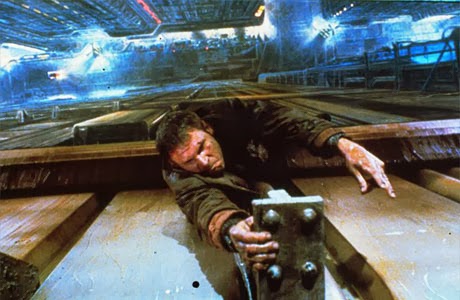 5. Blade Runner (1982) Does anyone not know the story of Blade Runner at this point? Check out the insanely good four-hour documentary Dangerous Days on the special edition DVD and Blu-ray for the whole history. After bad test screenings in 1982, studio execs demanded changes to Ridley Scott's film, taking out scenes and entire themes and adding in the now-infamous bored voiceover by Harrison Ford ("I'm definitely not a robot..." - Rick Deckard). At last count, there were seven different versions of Blade Runner, culminating with the "Final Cut" released in conjunction with the film's 25th anniversary in 2007. Though different versions have their charms, the "Final Cut" is the most faithful to Scott's original vision and the only version over which he had complete control.

6. Alien 3 (1992) David Fincher's first film was a disaster almost from the outset, as production began without a finished script and scenes were rewritten as they were being shot. Fincher eventually pretty much disowned the finished film, not because it was taken away from him in post production like so many others on this list, but because it was never really his movie in the first place. Too many cooks, too much oversight and bad decision making by Fox killed Alien 3 even while it was being made. It, too, would eventually be cut up; a longer "assembly cut" was released as part of the 2003 Alien Quadrilogy box set, but done so without the participation or endorsement of Fincher -- the only of the franchise's directors who refused to take part in any of the special features for that release. Since its release, Alien 3 has developed a fervent cult following of people who swear it is secretly great. I am not one of those people.

7. Nightbreed (1990) Clive Barker's second film, based on his 1988 novella Cabal, was badly mistreated by Morgan Creek when it was released; the studio forced large cuts and refused to market it as a monster movie, despite the fact that it is ENTIRELY ABOUT MONSTERS. The version released to theaters has a lot to like, but also has a choppy logic in the way that it jumps around from one idea to the next. A much longer version, called "The Cabal Cut," was assembled in 2009 using VHS workprint footage of pretty much everything that was shot and has shown at several film festivals around the country. I still haven't seen it, but those who have mostly called it an interesting mixed bag. Scream Factory originally announced a Blu-ray of "The Cabal Cut" later this year, but it was just announced this week that the version they put out will actually be a shorter "Director's Cut" supervised by Clive Barker, who had no input on "The Cabal Cut." That means fans will finally be able to see Nightbreed as the director originally intended. Spoken as someone who kind of digs the theatrical version, that's fucking great news. 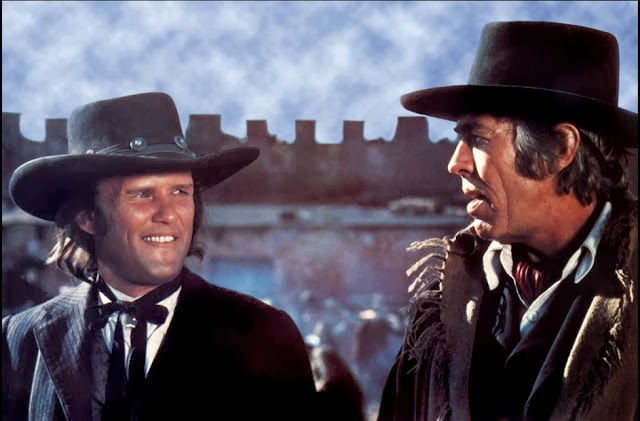 8. Pat Garrett & Billy the Kid (1973) Few directors got jerked around by studios more than Peckinpah (save for the last guy on this list, of course). This brilliant revisionist western (with a score by Bob Dylan, who plays a small role) was taken away from Peckinpah after a preview screening and recut by the studio, who hacked away about 20 minutes and totally fucked up the film. A critical and financial flop upon release, the movie's reputation was eventually restored when Peckinpah's preview version was released on video and laserdisc in 1988; a "special edition" came out on DVD in 2005 that combined parts of the theatrical cut and the preview cut, attempting to come closer to Peckinpah's original vision than any previous edition (and restoring the vocals to Dylan's "Knockin' on Heaven's Door" in one of the movie's best scenes). Though it has a rough history, it's now rightly regarded as a masterpiece and one of Peckinpah's best films. It's my favorite after The Wild Bunch.

9. Killing Them Softly (2012) Australian director Andrew Dominik had been recut on his 2007 western The Assassination of Jesse James by the Coward Robert Ford (not so as you would know, as that movie is pretty much perfect), so hopefully he was used to it when The Weinstein Company took nearly an hour out of this Brad Pitt crime thriller based on the novel Cogan's Trade. This a film that feels abbreviated; there are flashes of brilliance and the movie still mostly works, but I suspect there's a truly great film here that was cut off at the knees. Audiences hated the theatrical cut (giving it the rare "F" on CinemaScore, a worthless measure of the opinions of dummies) and the movie bombed, meaning the Weinsteins fucked with a great director's art for nothing.

Email ThisBlogThis!Share to TwitterShare to FacebookShare to Pinterest
Labels: alien 3, blade runner, brazil, killing them softly, knights of badassdom, nightbreed, once upon a time in america, orson welles, sergio leone