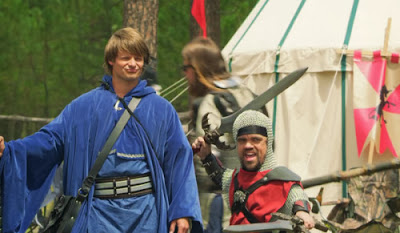 As promised, even if it's too little, too late.

I have written about Joe Lynch a number of times on this site, but that's because he's great and I really like him. If you can't write about the movies and the people you like on your own website, where can you do it? Just a few weeks ago, I called Lynch's second movie, The Knights of Badassdom, the "best movie we may never get to see." Well, just this week it was announced that we're finally going to see it.

But it won't be Joe Lynch's movie.

Some quick history: Knights of Badassdom, about a group of live action role players (LARPers for short) who have to fight an actual army of demons, was shot back in 2010. It had a panel at the 2011 San Diego Comic-Con with Lynch and the cast in attendance, and reportedly blew the roof off the place. People couldn't wait to see this movie.

And then...nothing. For two years.

What happened in that time is huge mess, and there are no doubt multiple versions of the truth (even though, as Sonmi 451 tells us, truth is singular and its versions are mistruths). Lynch was basically removed from the movie by at least one producer, Wayne Bradley. The original studio, IndieVest, reportedly handed the film off to a new company, Media Society, but at least one investor has claimed that the latter is merely a shell corporation for the former to box out all of the original investors. A buyer's screening was held back in March, but it was for a version that Lynch had not overseen (some outlets reported that cut's running time at 70 minutes). In July, the movie was finally purchased by Entertainment One, though still no release date was set at that time. 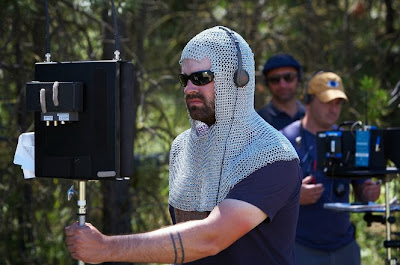 All of this happened while Lynch, the film's director and once its greatest champion, had to sit by and powerlessly watch his work moved around, chopped up, manipulated and get caught up in fights between producers, execs and financiers. And none of it has anything to do with art or what is best for the movie. Movies are a business, and can be treated as such by those responsible for putting up the money. We movie lovers tend to romanticize the art form and imagine a world in which those who are fortunate enough to work in the business love film as much as we do -- that they are in it for the right reasons. But then something like this happens and we are reminded that there are assholes in every business and every walk of life, that the world can be unfair and we are all going to someday die.

Through the whole torturous two years, Lynch was mostly quiet. He had to be, either because he had legal requirements or because he was still hoping to be brought back in to fix the movie he himself had directed. And I suppose that possibility still remained while the film lingered in limbo, especially after it was purchased by a company that hopefully was interested in giving Knights of Badassdom the best possible chance at succeeding. Bringing the guy who made it in the first place might be a good way to do that.

I knew something was wrong when I noticed a week or two ago that Knights of Badassdom was suddenly available to book for Tugg screenings (Tugg is a service by which anyone can book a movie to play in his or her local theater they can pre-sell enough tickets). Turns out that's part of eOne's release strategy: make the movie available on Tugg in January, then a VOD release in mid-February. And that's it.

It's hard for me to imagine a movie being more badly mishandled than this. This is a movie starring Peter Dinklage from Game of Thrones and Ryan Kwanten from True Blood and Summer Glau from Firefly and Serenity and Danny Pudi from Community and Michael Gladis from Mad Men and Jimmi Simpson from It's Always Sunny Philadelphia and Steve Zahn. Fantasy and "geek" properties are bigger than ever, so it has that going for it. This is a movie with tremendous box office potential. No, it's not going to open to Iron Man 3 numbers, but there is a clear audience for the thing. And eOne is rolling it out via Tugg, a boutique service most people have never heard of, and then burn it off on VOD. No theatrical release. No midnight shows.

And worst of all, no Joe Lynch. 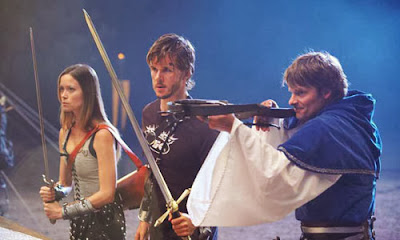 No, eOne will not be releasing Lynch's original cut, nor have they brought the director back in to fix the damage done during that two year mess. His name, as far as I know, will remain on the movie as the director, but he lost Knights of Badassdom two years ago.

This is nothing new. Ti West is still the credited director on Cabin Fever 2: Spring Fever, despite the movie having been changed and reshot so much he tried (unsuccessfully) to have his name taken off of it. Just last month, Spike Lee's remake of Oldboy was released with anywhere from 35 minutes to a full hour (reports vary) cut out of it, much to the public disappointment of Lee and the movie's star Josh Brolin. The Weinstein Company is currently in the process of gutting Snowpiercer, the English-language debut of director Bong Joon-ho. Wong Kar-wai's The Grandmaster was released domestically earlier this year in a studio-altered version, and he's fucking WONG KAR-WAI.

Movies are not made in a vacuum. We hear again and again that filmmaking is all about collaboration, but we always assume the people repeating that line are referring to collaboration between actors and directors, between directors and crew, between directors and editors, that sort of thing. We forget that filmmaking is also a collaboration between directors and producers and studios. Perhaps the most educational aspect of listening to The Movie Crypt, the podcast hosted by Adam Green and Joe Lynch (on which he has spoken a little about the Knights situation, but always carefully and with tact; the most vocal he has been is tweeting out messages with the hashtag #NotMyCut), is just how involved producers can get in the editing of a film -- namely, that the director gets a few weeks to come up with an edit, and then the producers come in and get to "suggest" (or flat-out make) their own changes. I forget that part of the process. People want to make their money back -- or, even better, turn a profit -- and everyone might have different ideas of how that's done.

But this can't be how it's done. It just can't be.

What I can't figure out is eOne's role in all of this. It sounds as though after production wrapped, Lynch was the victim of some incredibly shady business practices and that his film was held hostage by crooks. Horrible situation, couldn't have been predicted. But Entertainment One was in a position to right the wrong, yes? Couldn't they have brought Lynch back into the process? Or were they only able to buy the edited version (rumor is that the one coming out is 85 minutes, meaning early reports of the 70-minute cut were wrong or the movie got changed again since that buyer's screening) that was screened for them? I don't know how it works. 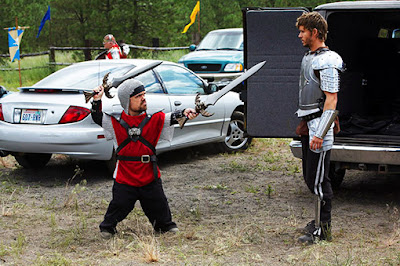 I find myself in a precarious position. I have wanted to see the movie for years, but I'm not interested in a version that Joe Lynch didn't make. Do I try and get as many people as possible to support the movie in the hopes that if it's a success we might get a director's cut somewhere down the road? Or do I boycott this fake version and hope that it fails to teach these assholes a lesson? What would you do?

To his tremendous credit, Lynch has tried to move on. He is currently in post-production on his third film, Everly, an action thriller starring Salma Hayek (that takes place all in one room!) that will hopefully be out some time next year. My hope is that it's a huge success both artistically and commercially; there can be no better "fuck you" to the people that fucked him over on Knights than to make a great movie that shoves their bullshit mistake up their stupid asses.

People will see the movie eventually, and some of them will like it. And someday they will meet Joe Lynch out somewhere and tell him how much they enjoyed it, and he will have to just say "Thanks" and avoid explaining "Well, you should have seen what my version was" while his heart breaks at what could have been. Making a movie is so much work. It takes a lot of time. To see all that work and time taken away from such a talented guy makes me lose faith in the whole process.

I know that it's too late for an article like this to make a difference. Even if someone at eOne was a reader of F This Movie! (they are not), what's done is done. The wrong cut of a movie that could have been something truly special is getting unceremoniously dumped after three years of bullshit. The story doesn't have a happy ending. But maybe just bringing it to your attention can do some good. Maybe you'll think twice about holding a filmmaker solely responsible for a film's failures. Maybe you'll come across Knights of Badassdom on VOD in a few months and have a better understanding of why it's a mess if it's a mess (it will be a mess). You'll know where to direct your anger. Or maybe, just maybe, you'll decide not to watch it at all. I can't blame you. 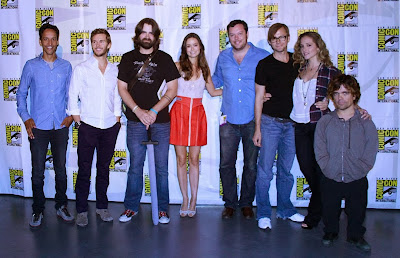