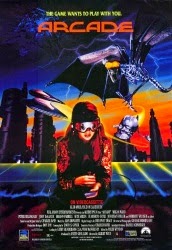 Ralphie from A Christmas Story, Rayanne from My So-Called Life, Seth Green and Q join the writer of The Dark Knight, the director of Cyborg and Charles Band for a movie about the horrors of video games.


This week's Full Moon Fever suggestion comes from Bob Johns of the It Came from the Man Cave blog.

An attempt to mix the success of the teen movie genre with the popularity of video games and cross-breed it with science fiction horror, Arcade feels like the Full Moon movie that stood the best shot of appealing to a wider audience outside of genre nerds and VHS brats (said as a proud member of both parties). But because it's directed by Albert Pyun, its commercial chances were mostly shot. It's not because Pyun is a bad director (as he can be lazily described elsewhere on the interent; I am genuinely a big fan), but because he can't help but turn it into an Albert Pyun movie -- one which follows the path of his own interests and obsessions.

Reeling from the suicide of her mother, troubled teen Alex (Megan Ward) spends her days hanging out with her friends -- a group of too-cool-for-school outsiders (among them A.J. Langer, Peter Billingsley and Seth Green) who wear a LOT of flannel. It's the early '90s, after all. The gang hangs out at an arcade called Dante's Inferno where a software exec is demonstrating his new game Arcade, a state-of-the-art virtual reality experience he promises will change the gaming experience. The first to play is Alex's boyfriend Greg (Bryan Datillo), who disappears in the middle of a game. When the home version turns their friend Laurie (Langer) into a mindless zombie and ultimately kills her, Alex suspects that something is wrong with Arcade. Together with Nick (Billingsley), Alex investigates Arcade and begins to discover that the game is alive and picking off her friends for a reason. Her only hope is to enter the game world and defeat Arcade once and for all.

Arcade is a unique entry both within the Full Moon catalog and in Albert Pyun's filmography, as it's one of the few movies on either list to react at all to current trends. Both Pyun and Charles Band have always made the kinds of movies they make, regardless of what happens to be in style. But Arcade feels designed -- on paper, anyway -- to cash in the popularity of video games (home systems by now were ubiquitous) and Aaron Spelling teen dramas. Maybe that has more to do with the script by David S. Goyer, who would go on to write the Blade movies and Christopher Nolan's Dark Knight trilogy. Or maybe it's, as I said, an attempt to make a more mainstream commercial movie. As Adam Riske is fond of saying, Arcade is the only Full Moon title I could see playing at a mall in 1993. 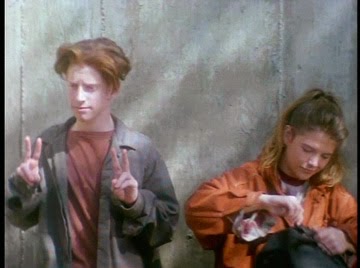 It's also more character-based than most of the other Full Moon titles I've seen. Sure, it has the teenager-playing-videogames exploitation hook, but Goyer's script and Pyun's direction feel more interested the psychology of the main character. Alex is damaged from the outset (the first thing we see is her mother's suicide), and Arcade doesn't just gloss over that fact once it's established. Pyun has always favored shooting his films like smoke-filled dreams (I don't know why there is so much smoke inside the arcade...not inside Arcade the video game, but the actual arcade that houses the game Arcade in the movie Arcade...is it me or does that not look like a word anymore?), but his visual style here is much more deliberately stylized like a nightmare. Even when she's outside the game, Alex's life has a hallucinatory quality; it's a bad dream from which she cannot awake. What works is that most of the movie -- including the inside-the-game climax -- feels like a metaphor for Alex's journey to recovery. She cannot depend on her father, who has fallen to pieces. She surrounds herself with friends, but slowly they disappear. She has to confront her past alone. It's unfortunate that there are beats that make Arcade's "evil" too literal, as it detracts from the more interesting subtext. This isn't a movie about defeating a sentient video game. This is a movie about a teenage girl coping with tragedy.

In retrospect, the reaction to and outright fear of computer technology/virtual reality in the '90s is incredibly amusing. Movies like The Lawnmower Man, Brainscan, even fucking Disclosure all presented a kind of paranoia (and, it turns out, total misunderstanding) about the implications of virtual reality -- that cyberspace would be a scary place where evil beings could rule as gods and trap our consciousness outside of our bodies. Arcade is another such movie, and that misplaced paranoia dates the movie more than any flannel shirt of non-stop early-'90s alt rock soundtrack could. 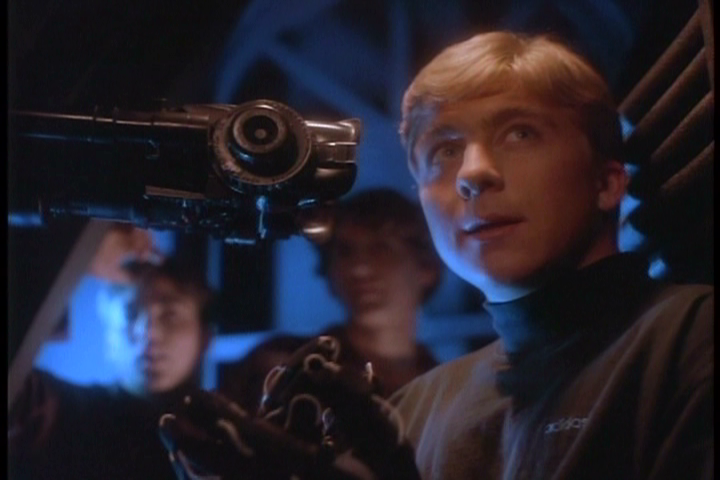 One of the biggest problems of Arcade is that the rules of the game itself don't make sense. We don't understand the objectives, we don't understand how to play (or why anyone would want to; it doesn't seem like much fun even before it starts killing people). In the climactic sequence -- the only one prolonged time spent inside the game -- there is some attempt at explaining how keys need to be gathered on multiple levels, but the movie seems to keep making up its rules as it goes along, both inside the game and out. You can die outside the game, but if Alex beats it you'll come back to life? Greg is trapped inside, so I understand how defeating Arcade could bring him back (I can accept the movie's premise, I mean). But other characters drop dead in their own houses. So how does that work again?

It being 1993 and made on a low budget, the CG graphics in Arcade are pretty rough -- though more by today's standards than they were at the time. It was incredibly ambitious to make a movie set as much in the virtual world as this one is, and while I applaud Pyun and Full Moon for reaching beyond their grasp, the limitations of the resources and technology are apparent. It actually could have been worse; apparently, most to all of the CG we see inside the game was reshot after production was wrapped. Pyun and producer Charles Band were unhappy with the effects inside the game and redid the graphics. That couldn't have been cheap to do once, much less twice -- especially for an independent studio known for making films on a budget. It's proof that everyone involved knew they had something special with a real chance of crossing over into the mainstream. That it didn't happen is certainly not for lack of trying. 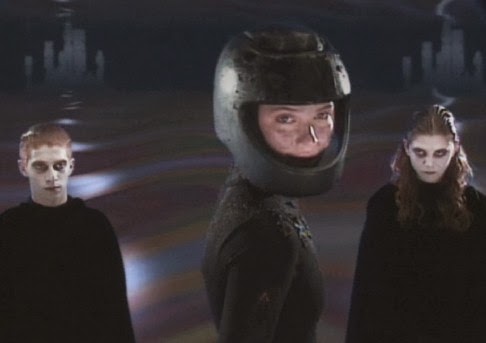 If you watch the behind-the-scenes "Videozone" piece that accompanies the film on DVD (and is available on Full Moon Streaming, one more reason to sign up), there's a bunch of footage where the original computer effects can be seen. The filmmakers were right to redo it. It's really, really rough to the point where it would have pulled the viewer out of the story. Though they may feel unpolished, the current effects at least don't do that. (There are also some scenes that were obviously cut out of the final movie which might have helped explain a couple of plot developments, like a scene in which A.J. Langer and Seth Green appear to Alex inside the game that was clearly supposed to go on longer). Again, you have to view a lot of Full Moon titles in the spirit in which they are intended; if you go comparing the virtual world of Arcade to the one in, say, Avatar, you are not the audience for these films.

Looking past its messier qualities, there's a lot to like in Arcade. Megan Ward makes for an appealing lead and gives a believably sympathetic performance (she would go on to become a staple of the Trancers sequels). It has one of the better casts in a Full Moon movie overall; John de Lancie is good in everything, and it's fun to see some of the cast before they would go on to become bigger stars -- even if they hardly register in the movie. It feels nothing like the stuff I've watched on Full Moon Streaming so far. As a film about a sentient evil video game, it's mostly nonsense. But as a film about a teenage girl confronting her own demons, it works. If nothing else, Arcade means well.

Buy Arcade on DVD through the link below and support F This Movie!

Posted by Patrick Bromley at 1:44 PM