Full Confession: I once went to a dirty movie.

It was 1976, and one of my local theatres, the Rolling Meadows, had just switched to an “adults only” policy. I was fourteen. What exactly was an “adult movie?” I was intrigued. I had to check this out.

The Rolling Meadows theatre and I had a long history together. Before its conversion to a porno theater, it used to show double and triple features regularly—all second run. It was a cheap show; I think they charged a buck or two. It was at the Rolling Meadows theatre that I first saw The Poseidon Adventure, Westworld, The Car, The Hot Rock and Wicked, Wicked. Many Fridays, after clearly telling my parents that I was going to the movies, I would ride my bike to the Rolling Meadows theatre to enjoy three movies in a row. My revelry inevitably shattered by my irate father, walking up and down the aisles halfway through the final movie, looking for me. He would throw my bike in his trunk and drive me home while I sulked. This man clearly hated the movies. I had told him where I was going; I just didn’t mention that I would not be home for seven or eight hours.

I have always looked older than I actually am. This was handy when I was in my teens (I have never been carded for any reason-- other than Blazing Saddles.) Now, not so much—at a spry and spirited 52, I look more like I am 92.

And so it was that, one afternoon during our nation’s bicentennial year, I pedaled my bike to the Rolling Meadows theatre. I attempted to purchase a ticket. They sold me the ticket. I was fourteen. The movie was rated X. That movie was titled Swedish Love Dolls.

This was my First Dirty Movie, so the whole experience is wood-burned on my brain: I did not buy treats. The theatre smelled funny. At this point in my life, I had seen photographs of naked female breasts, but this was the first time I had ever seen MOVING naked female breasts (they could DO that?!) in glorious, living color. 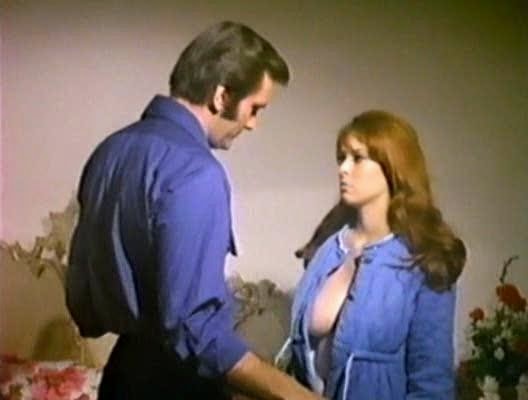 That afternoon, Swedish Love Dolls was sparsely attended. Although I was watching the film in 1976, even then it was obvious to me that it was shot in the ‘60s; the haircuts and fashions screamed that little piece of news. The film schizophrenically flipped back and forth between the uninspired dramatic tale of a poor sap who falls from a ladder and gains psychic powers and seemingly unrelated scenes wherein the same guy sits on a bed and seduces a series of unattractive women (none of them Swedish), while a similarly non-Swedish young lady in a bikini sits elsewhere the bed, licks a lollipop and watches. In the serious part, the psychic sap leaves his wife and becomes a big hit in nightclubs with an ESP act. In the sleazy part, the guy runs out of older non-Swedish women and so ends the film seducing Lollipop Girl. And I kid you not (or, as the Swedes say, “jag är inte skämtar”)—the last line of his interminable voice over, and therefore the last line of the film, is “Oh, they grow up so fast.”

In the ensuing years, I tried to track down a copy of Swedish Love Dolls—you know, for “research.” This proved to be a problem. Internet searches using the film’s half-remembered plot seemed to suggest that the film was really Herschell Gordon Lewis’s 1967 opus Something Weird, only with a different title. 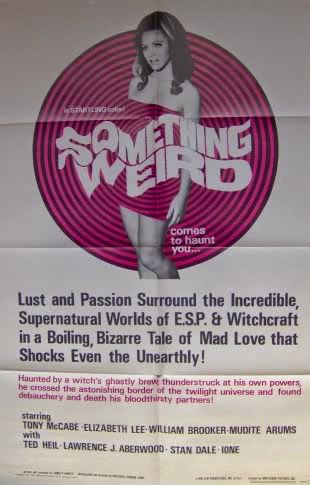 So I bought a copy of Something Weird, and it’s not the right film. It’s awfully close, at least in terms of plot: young guy has an accident and gains psychic powers. No unattractive naked non-Swedes, but Something Weird has a witch!

Could I only have dreamed of Swedish Love Girls, perhaps during a high fever?

A few months ago, I discovered John Harrison’s book Reel Wild Cinema, and he finally explains the whole thing:

“When Something Weird was first released in 1967, its screenwriter and producer, James F. Hurley, was apparently not impressed, feeling that director Herschell Gordon Lewis had undermined what he considered to be a serious insight into the mysteries of ESP. As a result, Hurley (an associate of minor psychic Peter Hurkos) decided to helm his own exploration of the sixth sense, enlisting Lewis’ services as a cinematographer. [That movie was called The Psychic.] However, the resultant film couldn’t be sold, so Lewis stepped in again and hastily added a few soft-core sex scenes, instantly making the film commercial enough for grindhouse audiences where the film was ultimately released under the odd moniker Copenhagen’s Psychic Loves. (Watch the size of lead actor Dick Genola’s sideburns drastically fluctuate between the old footage and the new.)

“Not surprisingly, The Psychic borrows a number of central themes from Something Weird. In both, a handsome, arrogant young man suddenly has the powers of ESP thrust upon him. In this one, Dan Thomas (Genola), a married advertising executive with wandering hands and a young daughter, falls off a ladder while repairing his roof and finds himself able to predict the future and read people’s minds.” 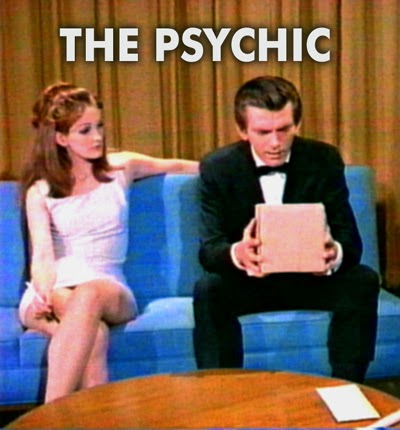 Could the bargain basement, cut-rate Rolling Meadows Theatre ITSELF have changed the name of the film from Copenhagen’s Psychic Loves to Swedish Love Dolls? I think I’m on to something here. Maybe they just didn’t have all the letters to spell out the former title on their marquee. Perhaps the management thought that too many horny men in the Rolling Meadows area had already seen Copenhagen’s Psychic Loves in the past ten years, and so were trying to foist off their battered print as a completely different feature. I can think of any number of other reasons, because I am a thoughtful person.

Here’s the trailer for the whole shitty mess. Some lunatic has added funny sound effects. The whole shebang is decidedly NSFW:


I began to realize that both Something Weird and The Psychic have a lot in common with Stephen King’s The Dead Zone, at least in terms of basic plot. I was rewarded for this insight when I discovered in the course of my research that, while Stephen King did NOT see Copenhagen’s Psychic Loves as a young man and plagiarize it for his popular novel, The Dead Zone IS loosely based on Dutch psychic Peter Hurkos, whose real-life story inspired both Something Weird and The Psychic!

The world really is a beautiful Gordian knot of intertwined possibilities.

I weep for the younger generation.

THE BOTTOM LINE: Swedish Love Dolls—or The Psychic, or Copenhagen’s Psychic Loves, or Sloppy Joes, or whatever the hell you want to call it—should not be seen by anyone. It fails as art, it fails as narrative, and it even fails as pornography. It should be buried in an unnamed location and forgotten. Something Weird, on the other hand, is a lot of fun. Check it out, babies! 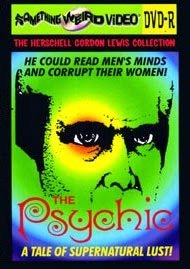