Off the Shelf: How to Beat the High Cost of Living (Blu-ray) 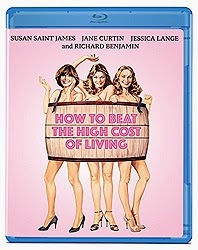 What is it with movies about female friendships that come in threes? From Boys on the Side to Nine to Five to The Other Woman to Hanging Up to Mad Money The First Wives Club to Thelma & Louise & Debbie (the seldom-seen sequel to the Oscar-nominated 1991 film), cinema has a long history of bringing together three female friends  for wacky hijinks. The number three is important; two or four and there are rarely hijinx. And what's the point of a movie about friendship if there aren't any hijinx?

1980's How to Beat the High Cost of Living is a movie full of hijinks. It stars Jane Curtain (in what I think has to be her only leading role on the big screen?), Susan Saint James and Jessica Lange as three suburban housewives -- one divorced, one married and one recently abandoned for a younger woman -- all struggling to make ends meet and tired of having their lives and futures dictated by money. With no one to turn to for help, the ladies take matters into their own hands and concoct a scheme to steal the cash prize from an upcoming contest at the local mall. What's even more outrageous is that they've got to do it in broad daylight and with everyone watching. 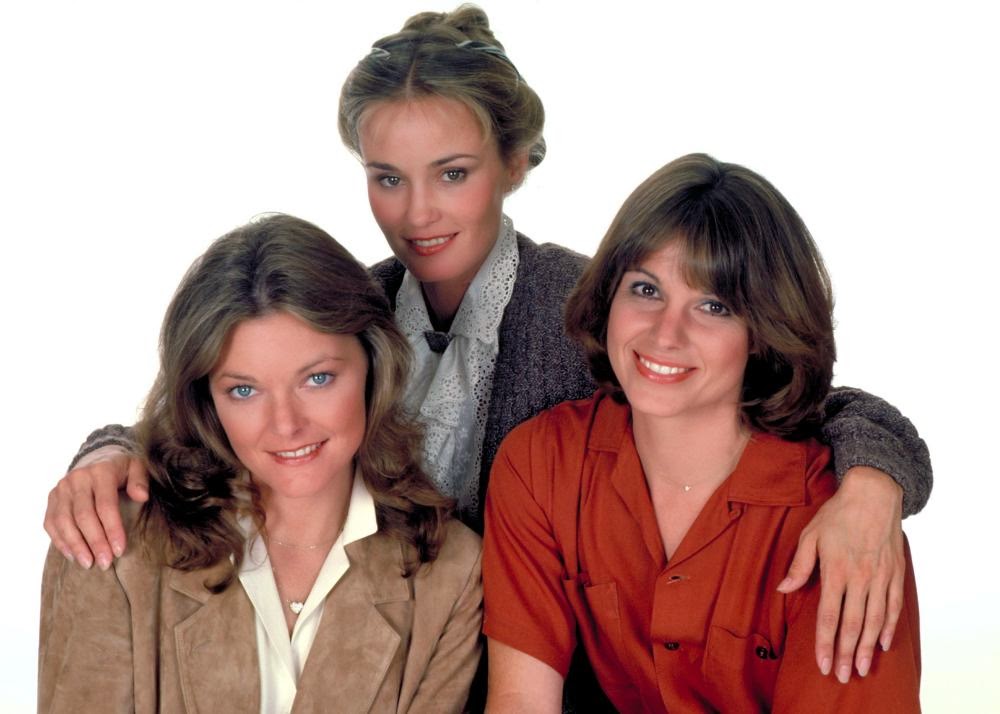 There is something tiresome about the criticism of films as being "dated," as though being tied to a specific year or period somehow negates any and all other quality. While I can concede that many of the best films feel timeless, it is not necessarily their timelessness that makes them great. How to Beat the High Cost of Living is a movie that is, in fact, dated, but that works to both its benefit and detriment. There's something uniquely specific about the period in which the movie was made, straddling the huge feminist strides of the 1970s, coming right out of a massive recession and anticipating the Reagan '80s in which Americans were collecting piles of cash. The film just makes that literal.

The economic angle of the movie is only mildly interesting; it was fairly commonplace coming out of the '70s recession (as movies like the original Fun With Dick and Jane can attest). What makes How to Beat the High Cost of Living worth seeing is the way it combines those economic issues with those of divorce, which was finally being represented on screen as a reality throughout the '70s. The myth of the American family was dissolving and reforming as something else, which this movie doesn't just recognize -- it specifically plays to it. Jessica Lange and and Richard Benjamin have the only traditionally functioning marriage on display in the movie, and he's suing her to wipe away the debt he has accrued by helping to finance her antique store.

Unfortunately, the film is directed with maximum artlessness by Robert Scheerer, a filmmaker who worked almost exclusively in television both before and after How to Beat the High Cost of Living was made. It shows. Save for a little bit of language, some implied subject matter and one awkward insert shot of breasts that are supposed to belong to Jane Curtain (this was back when you could show boobs in a movie and still get a PG rating), there is nothing about the movie that feels like a Hollywood feature. That's what ultimately "dates" the movie for the worse -- not the clothing or the set design or the hairstyles, but the TV-inspired filmmaking and the terrible late '70s score by Patrick Williams that drenches every scene like it's an episode of The Brady Bunch. 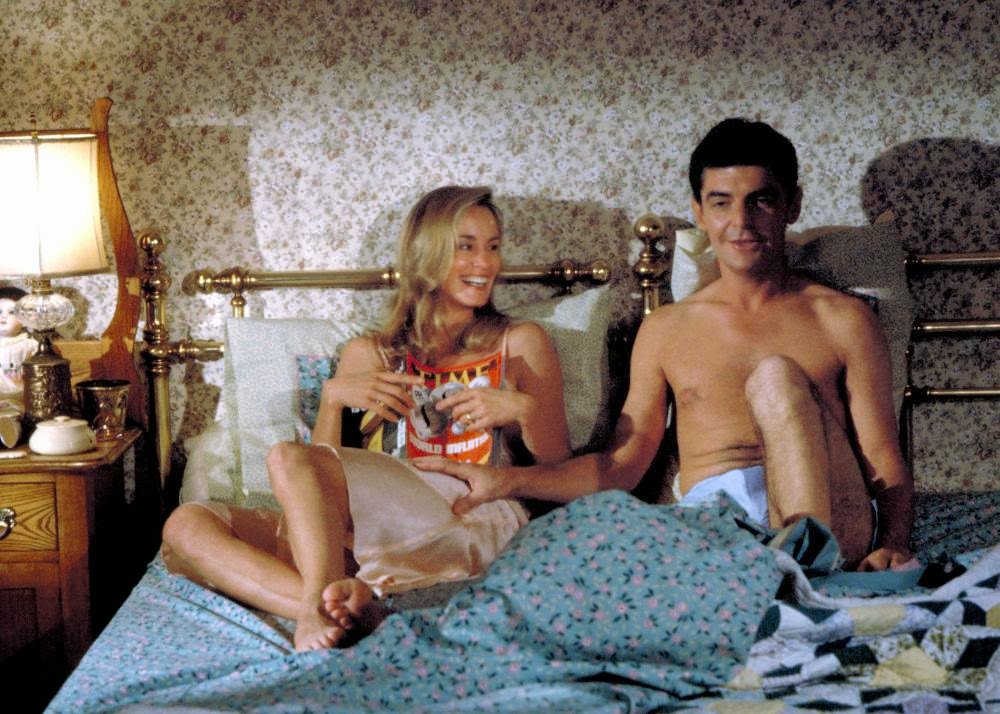 The real appeal of the movie is its cast. Susan St. James and Jessica Lange are both very appealing -- though I find the notion that the stunningly beautiful Lange would willingly be married to Richard Benjamin offensive. Toss in the fact that Sybil Danning spends her screen time throwing herself at him and I'm incensed. Does this movie take place on Mars? Jane Curtain is the best, and it's too bad she didn't get more leading roles like this one; there's something fun about watching her usual tight-lipped, square persona gradually unravel as her world falls apart (the divorce part isn't funny and isn't played as such, but where things go from there is). Curtain is someone with the looks and the chops to be a leading lady but was mostly relegated to supporting character roles; at least Kate & Allie made her a lead, partnering her once again with Susan Saint James as friends and divorcees attempting to navigate life and family.

Then there's the supporting cast, which includes Dabney Coleman (is anyone every unhappy to see Dabney Coleman show up in something?), Fred Willard, Eddie Albert, the aforementioned Sybil Danning and Curtain's former SNL cast mate Garrett Morris for a single scene that exists to play on audience goodwill for the original Not Ready for Primetime Players. Each of them make the most of the time on screen even if it still feels like a made-for-TV affair in which the stars of a particular network show up in the Sunday night movie. The MFTV aesthetic completely overpowers the film. 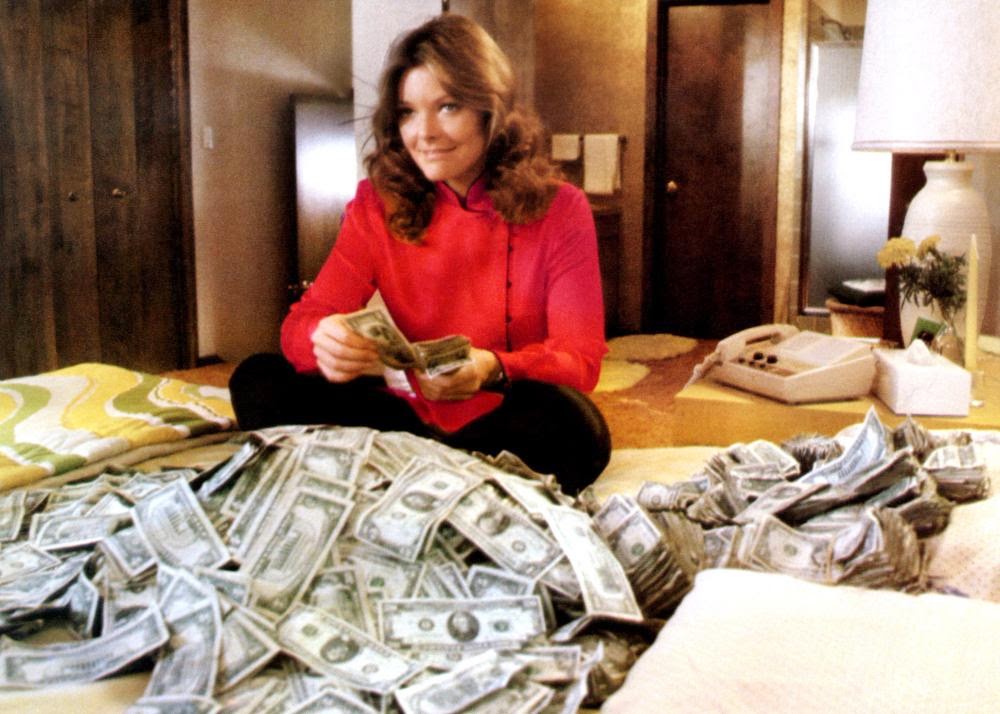 The story goes that the script (originally written by Robert Kaufman and said to have been penned in the early '70s) was offered to basically every famous actress in Hollywood at the time, from Diane Keaton to Goldie Hawn to Ali McGraw to Teri Garr to Madeline Kahn to Margot Kidder to Dyan Cannon to Sally Field to Dolly Parton to Jane Fonda. Supposedly most of them turned it down because they didn't want to share the screen with two other leading ladies (if this is true it's completely ironic considering the movies that most of them would make later in their careers). While it has far from a perfect script and How to Beat the High Cost of Living is far from a perfect film, that's a completely short-sighted and terrible reason for not doing the movie, which exists to showcase friendships between women and celebrate the fact that they do not need to depend on men to get shit done. Refusing to act opposite two other women flies in the face of everything this film stands for.

I'd love to report that How to Beat the High Cost of Living is an underrated gem -- a cult comedy classic that will finally find its audience thanks to the Blu-ray release from Olive Films. That's not really true. It's worth a look for the people involved, in particular Jane Curtain. Its value beyond that is mostly as a time capsule. Had it actually been made for television, it would be a pretty good made-for-TV movie. As a theatrical feature, though, it feels too much like TV.


Buy How to Beat the High Cost of Living from Olive Films here
Posted by Patrick Bromley at 5:00 AM