If you missed out on any of these movies in 2014, now's your chance. 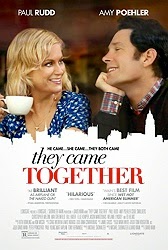 Adam Riske: They Came Together (2014, dir. David Wain) I was at the now infamous (at least on our site) screening of They Came Together last year at the Chicago Film Critics Festival and I can attest that the movie KILLED that night. I don't think I've laughed harder at a movie in a theater since Superbad. I've seen it a couple of times since then and I still find the movie consistently funny and not at all overrated. If you're a fan of late '90s/early 2000s romantic comedies, I would find it hard to imagine you at least not giggling throughout They Came Together. It might be an acquired taste but for those who it works for, it REALLY WORKS. Give it a shot. 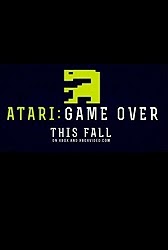 Adam Thas: Atari: Game Over (2014, dir. Zak Penn) This documentary is about a lot of things, but mostly it’s about nerds. Nerds. My people. There are a lot of urban legends out there, but one of the most recent ones, and one that is truly American, is that the E.T. videogame for the Atari 2600 (considered by some to be the worst videogame of all time) was so bad that Atari was forced to bury 700,000 copies of the game in the New Mexico desert. This serves as the crux of the entire documentary as a group of guys raised enough funds to excavate a portion of a landfill to see if the urban legend holds true. However, the movie becomes about a lot more very quickly. It soon becomes about Atari and the birth of the entire video game industry. It follows with first-hand accounts how the first successful video game company imploded on itself while trying to find its way through a new technology and market. Atari: Game Over then starts to follow the people surrounding the dig from the guy in charge of the landfill to the politicians to a guy who picks up his DeLorean Back to the Future replica from George RR Martin and drives across two states to witness the excavation. If you are a fan of nerds, urban legends, or video games, you should probably see this movie. 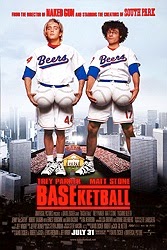 Heath Holland: BASEketball (1998, dir. David Zucker) I saw this movie on opening day in a nearly empty theater and absolutely loved it. Over the next few weeks, I encouraged my friends to go see it, assuring them that it was hilarious. Very few of them did, but those who took the plunge were pleasantly surprised. On the surface, BASEketball is a stupid frat-boy movie that was lucky to get a theatrical release. Look closer and you'll see that there's a lot more going on, thanks to the presence of South Park-creators Trey Parker and Matt Stone, who did an uncredited re-write of the script and made it completely their own. Look at the poster: I still can't quite believe that it was in theaters all over America. It's full of offbeat jokes that could have been on their TV show, and some of them did eventually get reworked and ended up on South Park. There are lines that I still quote from this movie on a near-weekly basis, just for my own amusement. Obviously, your tolerance for Parker and Stone's brand of comedy is going to dictate how much you'll get out of it, but if you've ever loved South Park, you owe it to yourself to check out BASEketball. 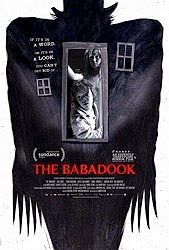 JB: The Babadook (2014, dir. Jennifer Kent) / They Came Together (2014, dir. David Wain) Two of my favorite movies of last year are now on Netflix Instant Streaming! Why not sit down this weekend for a far-out double feature? Watch both! Let them fight it out for supremacy in your living room-- the scariest film of the year and the funniest film of the year! WARNING: Watch Babadook first! 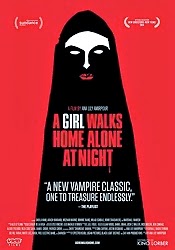 Patrick: A Girl Walks Home Alone at Night (2014, dir. Ana Lily Amirpour) Because I don't want anyone feeling like they cheated with repeats this week, I'll offer two recommendations. Both are indie horror films from last year (a lot of good ones have been showing up on Netflix Instant recently) that aren't totally successful but look great and have a LOT to like in them. The first is Iranian director Ana Lily Amirpour's debut film A Girl Walks Home Alone at Night, a quirky black and white vampire romance that sometimes looks like a parody of a student film but which has a dreamy '80s vibe that's completely unique. I don't completely love the movie, but I think it's a big announcement of an interesting and exciting new voice in cinemas.

If you're still in the mood for indie horror after that one, check out The Canal (2014, dir. Ivan Kavanagh), a solid slow-burn horror that takes a long time to get where it's going but is worth it in the payoff. Despite its problems, the movie is gorgeous to look at -- Dario Argento was a clear inspiration in the visuals -- and offers a solid sense of dread. Like A Girl Walks Home Alone at Night, The Canal has me most excited about what the filmmaker is going to do next.
Posted by Patrick Bromley at 12:00 PM

Email ThisBlogThis!Share to TwitterShare to FacebookShare to Pinterest
Labels: 2014 movies, a girl walks home alone at night, baseketball, netflix instant, netflix this movie, the babadook, they came together, vampire movies