Where I Want the Fast & Furious Franchise to Go Next Furious 7 is in the can and Brian O’Conner has retired. Where should the road lead from here? I have a few suggestions.

This column contains spoilers for Furious 7.

12. Get Dan Stevens in There – As evidenced by The Guest, we know Dan Stevens can play a great bad guy, so let’s get him in this franchise which, frankly, has been a little lacking in the villain department. Maybe he could team up with Cole Hauser’s bad guy from 2 Fast 2 Furious?

11. Give Michelle Rodriguez More to Do Other Than Have Amnesia – One thing that surprised me in Furious 7 was Michelle Rodriguez’s relaxed and sympathetic performance. It’s the best work she’s done in the series. Now that her amnesia has cleared (thank goodness), let’s give her something to do other than act confused and battle female MMA fighters. She’s got the chops.

10. Bring Back Eva Mendes – Mia Torretto (Jordana Brewster) is presumably retired from the series  and Giselle (Gal Gadot) is dead, so why not bring back some girl power that has some history with the series already? I’m talking about Eva Mendes’ character Monica Fuentes from 2 Fast 2 Furious. Remember at the end of Fast Five she had a scene with Dwayne Johnson’s Hobbs character, so they share a universe too. Have Monica get into the fold and mix it up with Tyrese Gibson’s Roman Pierce again. Remember they got on each other’s nerves in 2 Fast. Milk that again. 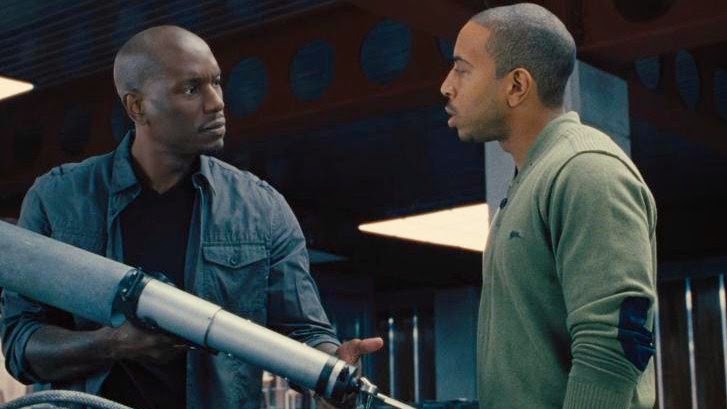 9. Up the Banter between Luda and Tyrese and Include DK – One of the best things about the F&F series is the interplay between Roman, Brian (Paul Walker) and Tej (Ludacris). Now that Brian’s gone, we need someone to throw into that dynamic. Dom is too humorless. We don’t have Han anymore, so why not make it the Drift King, aka DK (Lucas Black), from Tokyo Drift? This would also rupture the dynamic Roman-Brian-Tej had, making Tej sort of the alpha of the three and DK now the punching bag instead of jokester Roman.

8. Retire Ramsey – You don’t have to kill her off, but Ramsey (Nathalie Emmanuel) was kind of a lame addition to the cast so I’d like to see her retired from the series. She’s a superfluous character since she does the same thing as Tej (i.e. computer hacker) and she’s behind the G-D’s Eye from Furious 7 which was the dumbest thing -- and not in a fun way -- that has ever happened to the series. 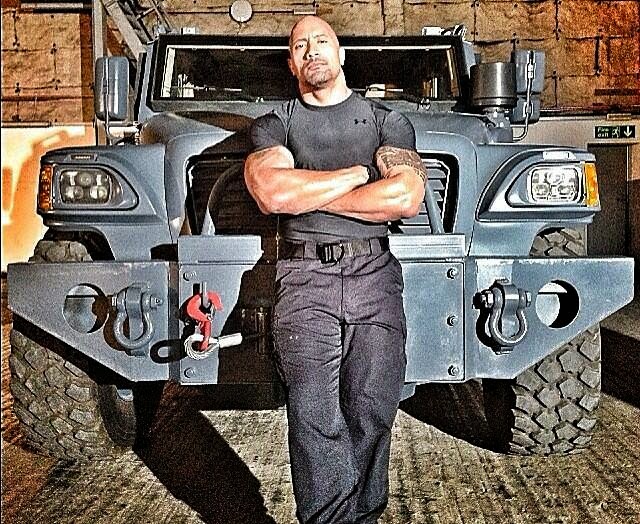 7. Hobbs Reveal – Hobbs is a badass and great at everything, no doubt about that. But we’ve seen him in only limited time behind the wheel. I would love to see this warrior drive more and...get this…be really bad at it. How great would that be? It’s a comedic beat that I think Dwayne Johnson would make very funny. It also gives Tej and Roman another thing to make fun of about Hobbs.

6. Denzel is Tyrese’s Dad – Do the Indiana Jones and the Last Crusade thing and make Denzel Washington the father of Roman Pierce while including him in a F&F adventure. Denzel was offered a role in Furious 7 and turned it down. I say try again. Denzel and Tyrese together could be really great, as both are lively actors and adept at action. It also fits into the FAMILY aspect of the series and is a reunion of Denzel with Eva Mendes, his co-star from Out of Time and Training Day. How great would it be if Denzel and Eva hook up again and Monica becomes Roman’s stepmom? 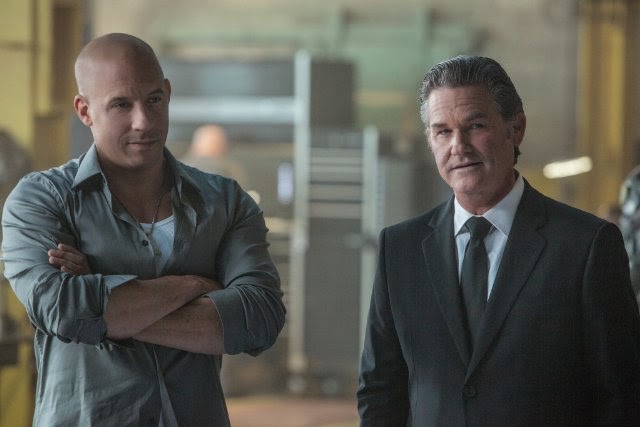 5. Make the Mr. Nobody and Dom Relationship Count – Kurt Russell’s Mr. Nobody was the best new character from Furious 7 and it’s already been said that he’ll come back in the series. I thought the dynamic he had with Dom was fun (their stuff with the Corona and Belgian ale was inspired), so build on that. I like Vin Diesel’s chemistry with Dwayne Johnson a lot, but I like Vin’s with Kurt Russell even more.

4. Slasher Statham – Patrick has correctly pointed out that one of the series’ strengths is how each movie re-invents itself (e.g. Part 1 is Point Break, Fast Five is a heist movie) so let’s make one a slasher movie with Statham’s Deckard Shaw as the boogeyman. He could break out of prison a la Michael Meyers and go after the crew….sort of like how he should have more in Furious 7, which got side-tracked by that weird Djimon Honsou villain that kind of came out of nowhere. This horror version of F&F also fits into my plan to have the team go to Transylvania eventually (Fastsylvania). 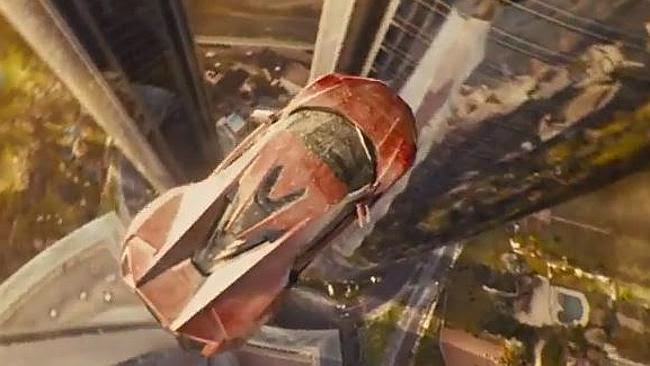 3. Scale Back…A Little – I love the over-the-top craziness of the series, but I think Furious 7 got about as ridiculous as it should go. Maybe treat the series like a mix tape and cool it down a notch for a couple of entries, building back up to being crazy nuts.

2. Train up DK – I’m guessing DK will play a bigger role in the series moving forward, almost a replacement Paul Walker. Wouldn’t it be great if Dom became his mentor of sorts? Remember, DK is a troubled 30 year-old teenager☺ It would also allow endless callbacks and comparisons to Paul Walker’s Brian O’Conner, which will help keep his spirit alive in the series going forward. 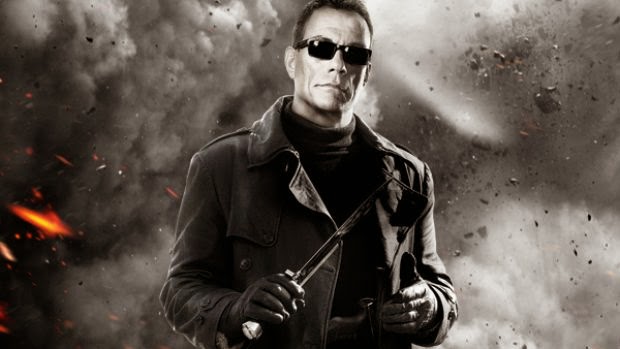 1. Enter the Dragon Template – The next entry should be a variation of Enter the Dragon or Mortal Kombat in my opinion. It’s perfect. You get a mega mogul holding a competition for the best racer in the world and the F&F crew all participate, but there’s two ripples – 1) It’s not just cars this time, but also motorcycles, speedboats and planes and 2) the mogul is a super villain played by none other than Jean-Claude Van Damme. If the people behind this franchise are reading this, I beg you to make this happen.

Which of these ideas do you like? What would you do next? Also, check out Patrick and Doug’s great podcast on Furious 7 if you haven’t already.
Posted by Patrick Bromley at 5:00 AM