These movie villains even give Lord Voldemort and The Joker nightmares.

Do you ever watch a movie where the bad guy is so unrepentantly evil that it actually makes you uncomfortable? I’m definitely not talking about a baddies like Ultron or the Wicked Witch of the West. I’m talking about movies where the villain is so realistic that it makes it hard to continue watching the movie because you’re suddenly thinking about very real, very dangerous people. Here are a few film characters that creep me out in a big, bad way because they could be in my town…in my neighborhood…on my street... 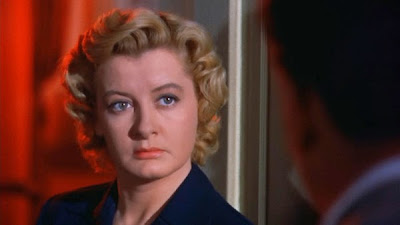 Constance Ford plays Sandra Dee’s mom in 1959’s A Summer Place, where two families visit a New England seaside resort that changes the course of their lives. In one part of the film, Sandra Dee and a teenage boy go out in a boat and end up getting caught in the middle of a severe storm. They end up stranded and spend the night together in the wild because they can’t get back home. Later, after they’ve been recovered, Constance Ford’s character is so convinced that her daughter has had sex with the boy that she hires a doctor to come examine her. Sandra Dee is excellent in the scene as she screams and cries and protests to her mother that she didn’t do anything; her mother just looks on coldly as the doctor violates her daughter’s privacy. I can’t think of many things more horrifying than your own mother subjecting you to something like that. Constance Ford’s character is racist, prudish, controlling, manipulative, and cares about no one but herself. To me, she’s one of the most evil characters in all of film, made all the more frightening because the world is probably full of people just like her.

The Hill People from The Hills Have Eyes

I think killer mutant hillbillies are probably more fiction than fact, but they still terrify me. You hear stories about inbred mountain people in the hills of northern New Jersey and Appalachia (Google the Jackson Whites of Ramapo Mountain) and how people with six fingers would come down for supplies or necessities every now and then back in the 1970s. Those stories are probably mostly just that, but it does make you think. I live in the deep south (Mark Ahn calls it Dixie), and I do know that every now and then I end up in a particularly rural area, and that it’s really scary. The further out you get into the poorer and more wooded areas, the more you start to see “unusual” people with afflictions, birth defects, and missing teeth. You can’t help but be aware of the eyes of those that are upon you, and think to yourself “I need to get out of here NOW.” The march of progress, the interstate highway system, and a Wal-Mart in every town (as our forefathers promised) has equalized a lot of America, but there are still places off the beaten path that you don’t want to go because you don’t know what—or who—is waiting in the woods. 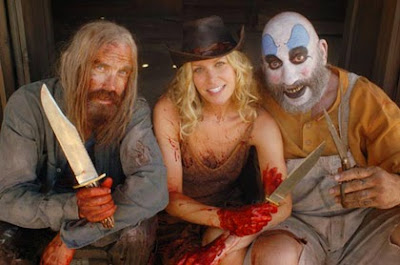 Piggybacking off of the previous entry on my list is Rob Zombie’s Firefly Family. They aren’t inbred hillbillies afflicted with mutations and birth defects. They don’t kill you because there’s a long-standing fear or prejudice against you. No, they kill you because they enjoy it, and that’s perhaps even worse. They’re trashy rednecks who live out in the middle of nowhere, but they know exactly what they’re doing and are smart enough to calculate their kills well in advance and even lure unsuspecting victims into their tangled web. They’re even charming, in their own twisted way. If I knew there was a guy like Captain Spaulding who ran a gas station with a dark ride in it (and fried chicken!), I’d actually be tempted to go check it out. Of course, that would be one of the last mistakes I ever made. I’m thoroughly repelled by the Firefly Family, but if I’m being honest, I’m drawn to them at the same time. That’s what makes Rob Zombie so good at what he does, and that’s what scares me.

Mrs. Carmody in The Mist 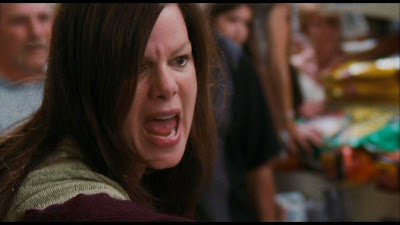 I’ve seen The Mist a grand total of ONE time, and I don’t think that number is going to change any time soon. The reason for this is Marcia Gay Harden’s spot-on portrayal of Mrs. Carmody, the religious fanatic who believes that Armageddon has begun. She’s a self-righteous know-it-all, and she’s absolutely impossible to deal with because she KNOWS, without a shadow of a doubt, that she’s got all the answers. That’s a dangerous way to live your life, but it’s also dangerous for the people around you. Wouldn’t you think a woman steeped in bible verses would believe that peace, love, and understanding were fundamental cornerstones of the faith she clings to? You would, but unfortunately people who are just like Mrs. Carmody are everywhere. Because the kind of religious folks I’m talking about were such a present factor in my childhood, The Mist both freaks me out and angers me. It shows humanity at its absolute worst. Full disclosure: I think the conclusion of the story, which comes from Stephen King’s novella, has major pacing problems that King’s original story did not, so some of my exasperation with the movie comes from that. Most of it, though, lies in Marcia Gay Harden’s character and how infuriatingly pious she is. 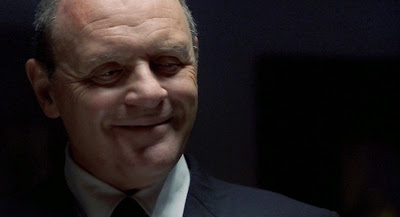 I’ll be honest: I can handle Hannibal Lecter without a problem in both Red Dragon and in Silence of the Lambs. He feels like a movie villain in those films to me, totally arch and cinematic in nature, and I’m able to say “that’s not a real guy, it’s a movie character.” I’m never so engrossed in the movie that I forget that I’m watching a guy perform. Having said all that, 2001’s Hannibal really grosses me out. There’s one scene in particular with Ray Liotta—I bet you know the one—that I think surpasses plain ol’ cannibalism and crosses into some really sadistic territory. I’ve read Thomas Harris’ novels for both Red Dragon and for Silence of the Lambs, but not his Hannibal novel. Therefore, I can’t say if the scene is his or if it’s the creation of screenwriters, one of whom is David Mamet. Either way, I think the story crosses from good, clean cannibal fun into some stuff that I’m surprised hasn’t given me nightmares by opening up a whole realm of cannibalistic possibilities I’d never even thought about. So now there’s that, which I’ll never get out of my head. Ugh. Check, please. 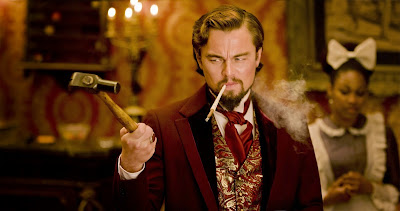 Leonardo DiCaprio’s character in Quentin Tarantino’s 2012 spaghetti western is a real sonofabitch. The movie isn’t afraid to lift up rocks and show us the disgusting things underneath, and Calvin Candie pretty much takes the cake in the “gross-thing-from-under-a-rock” category. DiCaprio’s boyish good looks are set in stark contrast to the ugliness of his character, a man who trades in human life without having any understanding of its value. The actor has been open about his revulsion to the character, and initially wondered if Tarantino and the film were going too far. I’ve asked myself that question more than once, because it’s such a challenging movie to get through. I think Tarantino’s getting better with age, but the inhumanity in the hearts of so many characters in Django Unchained always give me pause when I think about watching the film. For the record, I do feel like it’s a necessary story, and I commend Mr. Tarantino for exposing such an ugly part of American history and wrapping it in as palatable, popcorn-friendly a package as possible. It’s a story that needed to be told, and there were (and still are) lots of Calvin Candies out there. Better to shine a spotlight on it than pretend it doesn’t exist.

These are just a few characters from movies that feel so real and so scary to me because they’re out there. I always reference Freddy and Jason in conversations like these because I know there’s probably not an undead guy in a hockey mask in the woods or a burned pedophile waiting to get me in my dreams. I do, however, know that there are most certainly people just like the ones I’ve listed above because we see them in the news all the time. I suppose a list like this is subjective, and everyone’s personal list would be different, so that’s why I’d love to hear your own examples of what I’m talking about here. Shout ‘em out in the comments below, and remember to stick together and stay in the light…they can’t get us when we’re in the light.
Posted by Patrick Bromley at 5:00 AM

Email ThisBlogThis!Share to TwitterShare to FacebookShare to Pinterest
Labels: django unchained, hannibal, heath holland on, rob zombie, the devils rejects, the hills have eyes, the mist