Off the Shelf: Stranger at My Door / Pork Chop Hill (Blu-ray) 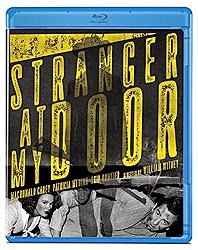 War and horses can be hell.

I'm a big fan of what I've heard described (possibly by Quentin Tarantino?) as the "gear shift" movie -- that is, a movie that begins as one thing and then at some point completely changes into something else. It's more than just a plot twist or a reveal; the movie will usually change genres once, sometimes more. It's the best way to describe a film like, say, Something Wild or Tarantino's own From Dusk Till Dawn, a movie that goes out of its way to abruptly change genres with pretty obvious demarcations between them. Watching William Witney's 1956 western Stranger at My Door, I realize that gear shift movies have been around a long, long time.

At least the shifts in Stranger at My Door seem to happen organically. After an impressively staged opening robbery sequence (in which balls of fire literally roll through a town), the film focuses in on Clay Anderson (Skip Homeier), one of the robbers who has separated from his gang with the intent of meeting up with them later to split the money. Unable to get very far on his injured horse, Clay hides out at the home of  preacher Hollis Jarret (Macdonald Carey), his hot young wife (Patricia Medina) and young son from a first marriage. What began as a movie about criminals on the lam becomes what we assume will be The Desperate Hours or, as Clay's eyes for the preacher's wife grow bigger, a forbidden romance between the good girl and the bad boy (ugh). Stranger at My Door has shades of both but never really becomes either. Instead, the film becomes a battle between Clay and Hollis for Clay's soul...until the third act when it becomes something different altogether. 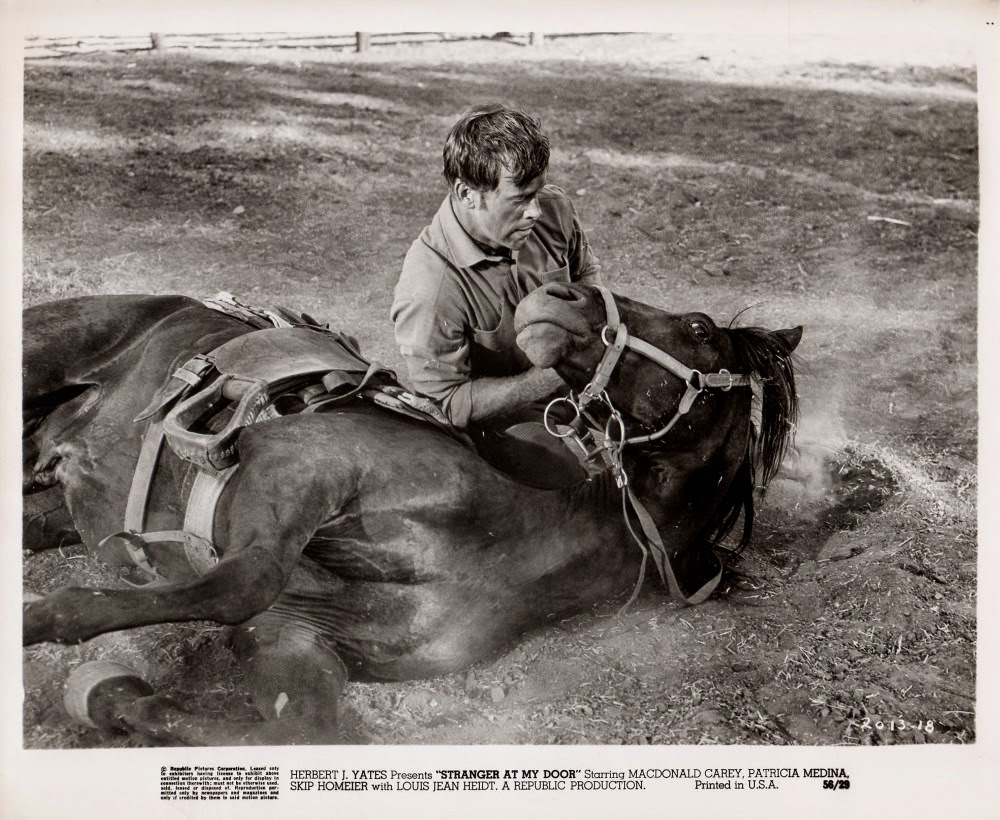 Director Witney knows his way around a western, having directed more than 20 in just the three-year period between 1950 and 1953. By the time he made Stranger at My Door, he could direct one of these things in his sleep, which might explain why while most of the movie is pretty perfunctory, there are a handful of scenes which jump off the screen in a great way -- he was keeping things interesting for himself, I guess. The opening robbery is chaotic and violent in a way we're not used to seeing in these kinds of programmer westerns, while some of the fights at the end are so brutal and drawn out so as to feel progressive -- it's a kind of darkness and violence that didn't show up in many westerns until the late '60s. The real standout sequence (the one that alone makes the movie worth checking out) finds both Clay and Hollis trying to break an out of control horse -- an extended and obvious metaphor that runs through much of the movie but finally comes to a head in a series of amazing stunts. It's crazy and not something I've really seen in a movie before.

The rest of the film is a mix of really heavy handed messaging about religion and redemption and some very nice, rather subtle stuff about finding a place to belong despite one's past. Patricia Medina (of both Orson Welles' Confidential Report/Mr. Arkadin and Frances the Talking Mule) is crazy pretty and has some of the most interesting character details in the film despite having what is essentially a thankless role. I like that despite some of the flashier action beats and heavy handed religious imagery, Stranger at My Door is basically a character study about a guy on the path to either Hell or redemption and all of the forces pulling him each way.

The 1959 war film Pork Chop Hill has just as much moral ambiguity (and, to be fair, "ambiguous" isn't really the proper way to describe Stranger at My Door; it's a movie with clear answers but a protagonist who isn't able to see them right away). It's not as though such a thing was unheard of when it was released, as Stanley Kubrick had made the great Paths of Glory two years prior. While Pork Chop Hill isn't interested in being exactly that kind of war movie, it's a lot more challenging and conflicted than I ever could have guessed. 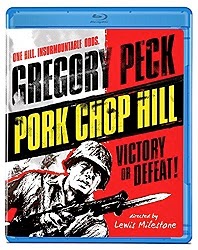 Gregory Peck plays Lt. Joe Clemons, leader of a company of American soldiers ordered to take Pork Chop Hill from the Communist Chinese during the Korean War. Their mission victorious but their numbers decimated, the men are forced to hold the hill while waiting for what they are sure is to be an onslaught of Chinese soldiers. Because the hill has value for the ongoing peace talks, the men are not allowed to stand down; at the same time, the American forces will not order in more soldiers because they see the hill as being strategically insignificant. All the remaining soldiers on Pork Chop Hill can do is survive.

Pork Chop Hill is not the movie I thought it was going to be. What would seem on its face to be a straightforward exercise in jingoism is both brutal and bleak about the nature of war, pitting a band of soldiers in an unwinnable conflict, the outcome of which doesn't even totally matter as the war is all but over. They're left to hang in the wind as bureaucrats and higher-ups carry out their own "peace talks" with little sense of urgency, and it's rare to see a war film of this period that's supportive of the men on the ground while being critical of those calling the shots. Such a thing was de rigueur by the time movies started being made about the Vietnam war, but for 1959 Pork Chop Hill feels ahead of its time. It may be a stretch to say so, but there are a number of moments in Pork Chop Hill that feel like the precursor to Saving Private Ryan, from Gregory Peck's stoic, world-weary, Captain Miller-esque leader to the structure of the film, which opens with an incredible battle sequence and then continues to go smaller as it stresses not so much winning the war as surviving to the next day. There is a long tracking shot down the side of Pork Chop Hill strewn with dead soldiers that's very reminiscent of the D-Day scene in Private Ryan, and it's no accident that both films feature similar imagery on their way to telling a story of sacrifice in the name of something bigger, even when not all the parties involved understand or agree on what that something is.

Pork Chop Hill is the final war film of director Lewis Milestone, who won two Best Director Oscars and was nominated for two more (for both Of Mice and Men and The Front Page). It has an insanely good bench of character actors who would go on to have long and colorful careers: Rip Torn, George Peppard, Martin Landau (in his first film), Norman Fell, Robert Blake, Woody Strode, Harry Dean Stanton...the list goes on. Gregory Peck is incapable of commanding anything less than our total respect, and not just because he's Atticus Finch. His casting in Pork Chop Hill is particularly clever; not only does he inspire our unending admiration and loyalty by virtue of the fact that he's Gregory Peck, but to see him rattled and growing disillusioned raises the stakes that no extra battle scene could. If Gregory Peck's faith can be shaken, what hope is there for the rest of us? 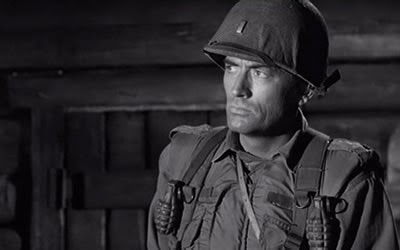 I don't particularly love war movies, but Pork Chop Hill is a very good one for its time period. The black and white photography looks almost new on Olive Films' Blu-ray, so if you're a fan of the movie this is how you ought to see it. Like Stranger at My Door is has some impressive sequences and a darker worldview than we typically associate with '50s cinema. While I wouldn't give either movie an unqualified recommendation, I'm happy to have seen them and suggest both are worth a look.


Buy Stranger at My Door from Olive Films here