Our weekly round-up of what you should be watching on Netflix Instant this weekend! 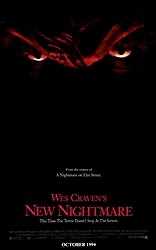 Adam Riske: Wes Craven's New Nightmare (1994, dir. Wes Craven) One of the best A Nightmare on Elm Street sequels (I'd rank it only behind Dream Warriors), New Nightmare gets its juice by taking an interesting behind-the-scenes perspective (I'm trying not to say "meta") for the first two thirds before descending into an admittedly disappointing finale. But before that, I really admired how Craven tried to make the series fresh by turning it inside out, which is not all that different from what a franchise like The Fast and the Furious did years later to great success. Plus, New Nightmare gets back to some of the spookiness of the original, which was more than a little welcome after the campier previous few entries in the Elm Street franchise. This would make a great pairing with the excellent documentary Never Sleep Again: The Elm Street Legacy. I want it to be #ScaryMovieMonth already. How many months till then? Ugh, 4.5. 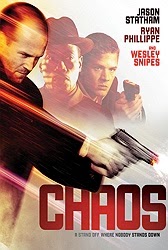 Adam Thas: Chaos (2005, dir. Tony Giglio) Statham and Snipes were in a movie together BEFORE Expendables 3? WHAT?! Yeah, you heard me! Now just add a little bit of Ryan Phillippe and you’ve got 2005’s Chaos. As an action movie fan you grow accustomed to lowering the bar ever so slightly in regards to plot. If you take that to heart and realize the plot is a little absurd, you’re going to like Chaos. Statham had quite a year in 2005, releasing not two, or three, but four movies that year, and you can really see his artistic range in…. I’m kidding, he’s the same kind-of-a-dick hard-ass that we’ve all grown to love over his career. Snipes has a major role to play in the plot; unfortunately, you really don’t get to see him enough in action sequences. There are some great fight scenes and gun battles that deliver on our expectations. All in all an above average action movie that, if you are a fan of the genre, you’ll probably enjoy. 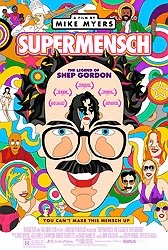 Heath Holland: Supermensch: The Legend of Shep Gordon (2013, dir. Mike Myers, Beth Aala) Within the first few minutes of Supermensch, Sylvester Stallone describes Shep Gordon as having "the charisma of Elvis, the physique of Steve Reeves, the wit of Mark Twain, and hung like Long Dong Silver." Not a bad start to this documentary from Mike Myers (yes, that Mike Myers) about one of Hollywood's most famous entertainment managers. The man has lived several lives, and all of them are fascinating. He started out managing musicians like Alice Cooper (Shep is responsible for the notorious chicken incident), Pink Floyd (for nine days), and Teddy Pendergrass. He eventually got into movie production, and even gourmet cooking. Strangely enough, it's the gourmet thing seems to have forged friendships with most of Hollywood's elite, who have nothing but adoration for the guy. You'll see famous talking heads here that you won't find in other documentaries, and it's all a testament to how much Shep Gordon is loved and revered by so many different kinds of people in the entertainment industry. It's a really uplifting story, and Shep Gordon is a really interesting, inspiring man. Thanks to Adam Riske for bringing this one to my attention last year. I highly recommend it. 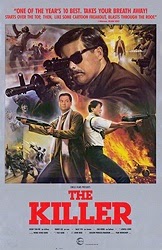 JB: The Killer (1989, dir. John Woo) My God, watch this film and marvel at what John Woo was once capable of before he was thoroughly beaten down by the Hollywood machine. Hong Kong Action Film? Woo and Tsiu Hark virtually invented the Hong Kong Action Film. See: Woo appropriate Martin Scorsese's use of slow motion! See: Doves fly-- everywhere; literally, doves fly everywhere! See: One of the greatest "Mexican standoffs" in film history! See: Woo work out one of his standard plots: the good guy and the bad guy are really the same kind of guy! Watch it, now! Damnit! 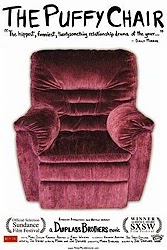 Patrick: The Puffy Chair (2005, dir. Jay Duplass) This is the first feature film directed by Jay (and Mark) Duplass and starring both Mark Duplass and wife Katie Aselton, who would eventually become an interesting filmmaker herself. That makes this the introduction of several unique and influential voices in contemporary cinema -- and it's a good, likable movie to boot. Essentially a three-character comedy drama/road movie, it follows Duplass, his brother and Aselton traveling to buy a chair for the boys' father. I know not everyone likes the Duplass brothers or their contributions to art (they helped launch the unfortunately-named "mumblecore" movement, a dismissive label that means nothing), but I'm a fan of what they do and this is actually one of my favorites of their movies. If you don't know their stuff, this is a good place to start. If you do know their stuff but haven't seen it, this is a good place to see where they got their start.
Posted by Patrick Bromley at 12:00 PM