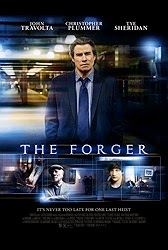 Is this movie as terrible as everyone has been saying?

No. Don’t get me wrong; The Forger is not a “good” movie, but it’s not that bad (it’s more bland than dreadful) and I recommend it if you’re a fan of its star John Travolta. It’s mildly entertaining and kind. Much of the criticism for The Forger seems centered around Travolta as if his existing in the movie was reason enough for a pan. I’m not going to pile on and hate it just because I’m supposed to hate it. I’m a fan of John Travolta as an actor. In fact, he is my favorite actor and he’s decent to actually pretty good throughout The Forger. He, as well as his co-star Tye Sheridan, are the best parts of the movie. As for the rest of The Forger, the critics are right – it’s pretty lightweight and forgettable. This is DTV fare that’s debuted on VOD similar to the recent output from the likes of Nicolas Cage or John Cusack, though Travolta is trying a little harder than his peers; at least in this movie. 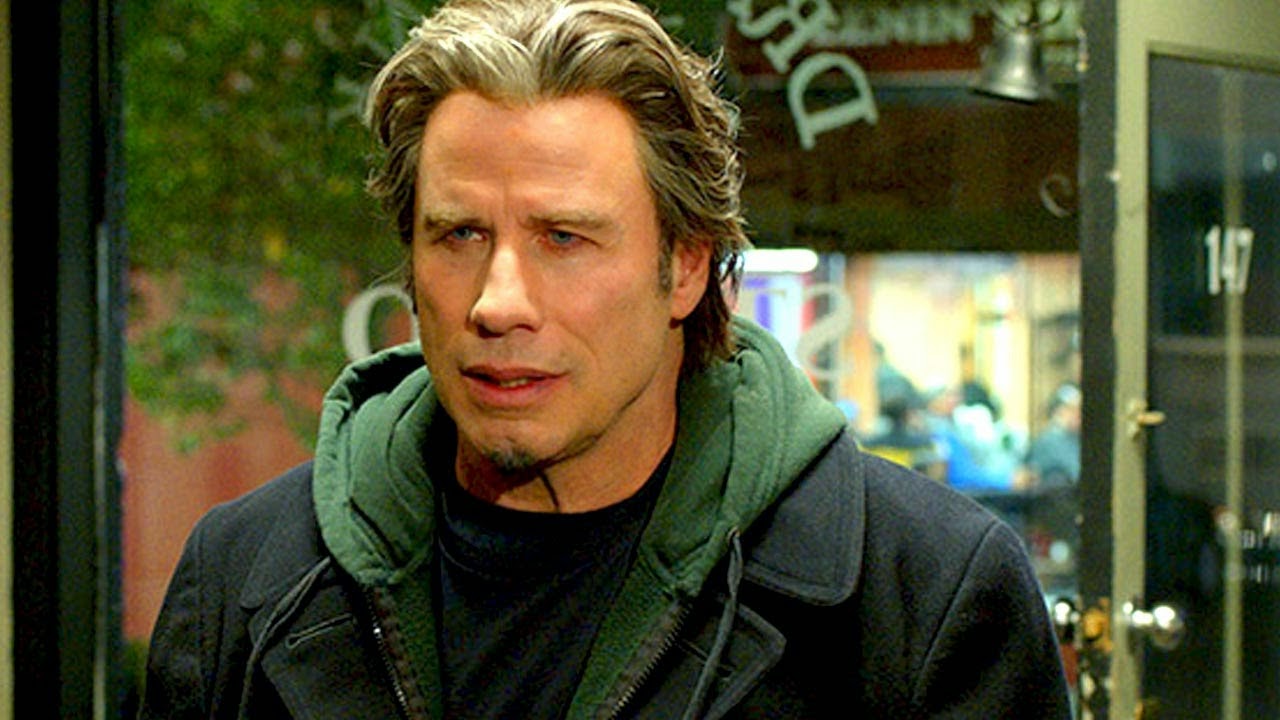 The father-son relationship depicted in The Forger is very heartfelt and I think (I could be wrong) informed by Travolta’s relationship with his late son. There’s an authenticity and delicateness to his scenes with Tye Sheridan that reminded me of what a strong actor John Travolta can be, especially when he is playing a character who is damaged or emotionally wounded. Honesty, kindness and vulnerability in character have always been his strong suit and one of the reasons I became such a great fan of his work in movies like Saturday Night Fever, Grease, Blow Out, Look Who’s Talking, Pulp Fiction, Face/Off and more. His recent weird behavior at the Oscars has seemed to have won out in the court of public opinion and that honestly pisses me off a bit. Shouldn’t we give him a lifetime pass for his body of work (even if he’s a weirdo) if we’re willing to forgive other actors who are fucking drug addicts or worse? I’ll get off my soap box now and review the movie. I just don’t like people getting picked on.

The plot in brief: An art forger (John Travolta) makes a deal with a criminal (Anson Mount) to get an early release from prison in return for pulling off a heist. The job is to forge a painting by Claude Monet in order to steal the original and replace it with the replica. The forger enlists the help of his father (Christopher Plummer) and his dying son (Tye Sheridan). 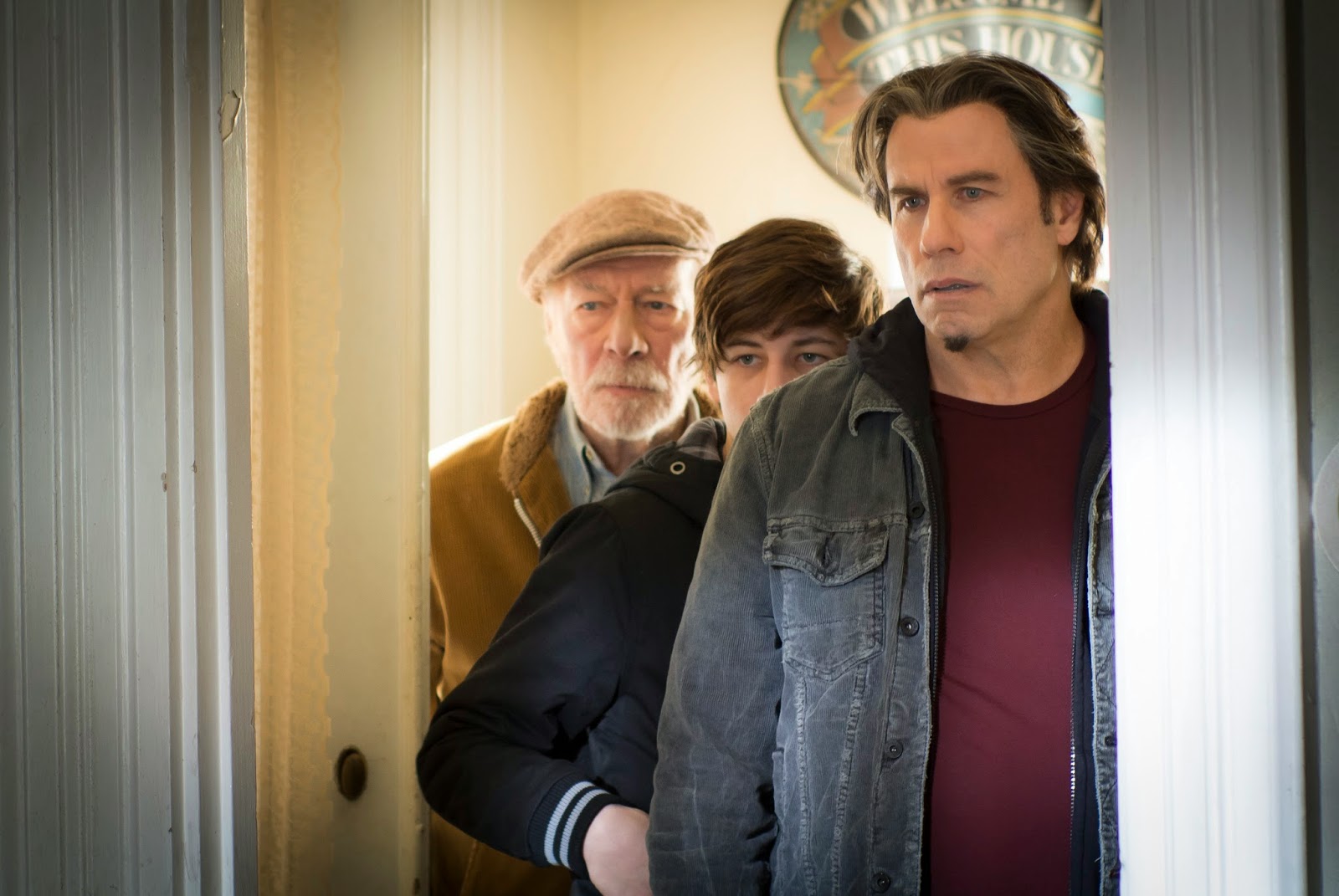 The movie is much more about the characters than the actual heist, particularly in the time Travolta’s forger has left with his son played by Tye Sheridan. The Sheridan performance was a bit of a relief for me for a stupid reason – he successfully pulls off a Boston accent. I was worried, after his admittedly great work in Mud and Joe, that Sheridan could only play one type of character (the tough kid from the sticks) but that doesn’t appear to be the case. I’m looking forward to his next performance and I hope he keeps stretching. He’s really a good young actor and terrific at eliciting the audience’s sympathy.

The rest of the characters and how the story plays out feel very stock and generic, mostly informed by other movies. Christopher Plummer is playing a cartoon Irish grandpa, even though his onscreen son and grandson don’t appear to be Irish at all. The Boston setting is all warmed over Dennis Lehane and the heist feels like it was written by someone who knows nothing about heists other than what they’ve seen in movies that are not even as good as Ocean’s Thirteen. There’s no suspense to if they’ll pull off the scam whatsoever. The director, Phillip Martin, comes from TV work and this is an inauspicious debut. The direction is clean but unmemorable. The script, by Richard D’Ovidio (The Call, Thir13en Ghosts, Exit Wounds) is probably his best script, but that’s not saying much. This is purely a genre exercise with nothing on its mind bigger than the movie’s mechanical plot. The technique is so workmanlike that it takes on the feel of a kid writing a paper and hoping it’s good enough to get a C. Most people making The Forger were not swinging for the fences. There’s little mood or style worth mentioning and the movie is pretty mindless, especially in the third act. 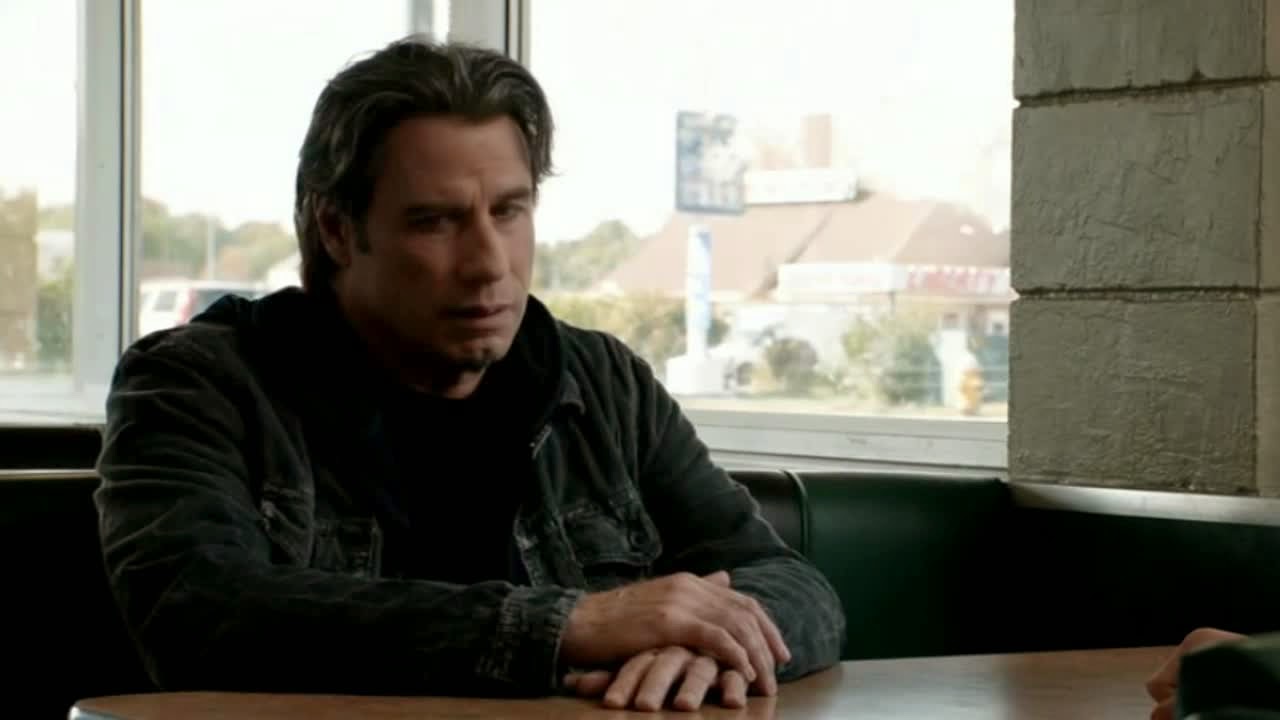 Whatever weight the movie has is because of Travolta’s weary, sympathetic performance. He seems like his acting in The Forger is helping him get through some real life grief. Again, I might be entirely wrong but it resonated with me. The epilogue, in particular, is affecting and nicely handled. I liked this scene very much. The Forger is not strong material for the most part, but Travolta and Sheridan give it more than it’s worth and that is commendable; everyone else seems hung up on the lead actor’s wigs (BECAUSE HE’S THE FIRST ACTOR TO EVER USE A WIG) and that’s lazy and stupid. If it’s not in the cards for John Travolta to be an actor in higher profile theatrical movies anymore, I hope he can reinvent himself through solid work in movies that premiere on VOD or DTV similar to Jean-Claude Van Damme. As long as he gives his performances the same earnestness that he does on his best days, he will remain my favorite actor.
Posted by Patrick Bromley at 5:00 AM