The Overlook: Thank Your Lucky Stars

Here’s a blast from the past and a look at what going to the movies was like in the early 1940s.

What a treasure and what a pleasant surprise Thank Your Lucky Stars, the new Blu-ray disc from Warner Archive, turns out to be. The HD restoration of the film alone is enough to recommend this purchase—remastering like this shows all of us what black and white films really looked like back in the day—but Warner Brothers has added a few thoughtful bonus features that make this package so much more.

The “Plot” In Brief: The film features not so much a plot, but rather a clothesline to hang assorted musical numbers. “Farnsworth” (Edward Everett Horton) and “Dr. Schlenna” (S.Z. Sakall) are two producers putting together a big charity show to benefit the U.S. military. In their quest to add singer Dinah Shore to the lineup, they must also deal with the likes of Eddie Cantor, John Garfield, Dennis Morgan, Joan Leslie, Bette Davis, and Humphrey Bogart, all playing themselves! 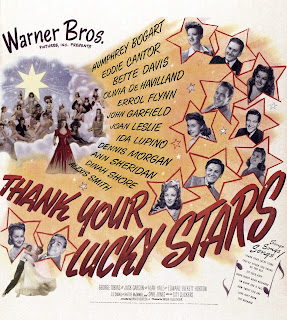 The film itself was also conceived as a charity vehicle; it was a benefit for Bette Davis and John Garfield’s Hollywood Canteen, a nightclub extension of the USO that was open only to servicemen. Warner Brothers donated all of the film’s profits; Davis and Garfield persuaded their fellow stars to donate their salaries as well. The project wound up raising more than two million dollars for our boys in uniform. With its bonus features, it also captures the earnest way movies of the era helped America’s regular citizens deal with the sacrifices they were being asked to make to further the war effort. 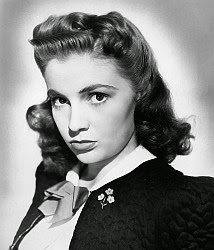 Some particular highlights: John Garfield defines “good sport” as he tries to sing and fails miserably; his number is salvaged somewhat by the fact that he keeps strangling Eddie Cantor during it. Eddie Cantor’s solo number is full of risqué double entendres that I am surprised slipped past the production code. Dinah Shore had a beautiful voice and her musical numbers sound great. I had never before heard of Joan Leslie, but she plays the female ingenue here and is cuter than a button (though I was surprised to learn that her singing voice was dubbed.) Twenty minutes in, Leslie does an interesting impression of Warner star Jimmy Cagney that sounds nothing like him, but manages to capture his spirit. Turns out that Joan Leslie co-starred with Cagney in Yankee Doodle Dandy just the year before.

I learned that Hattie McDaniel could sing while recently watching and writing about the 1937 Showboat, and here she is featured in “Ice Cold Katy,” a big production number urging America’s women to marry soldiers before they went off to war. Patriotism! 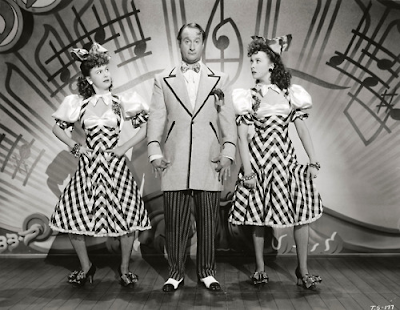 The biggest surprise, and a highlight of the film, is the comic reprise of “The Dreamer,” performed by George Tobias, Olivia de Havilland and Ida Lupino. Both were dramatic actresses with nary a comedy on their lists of credits, but here their comic performances are a stitch. De Havilland makes crazy funny faces throughout and even reveals that she’s chewing gum about halfway through. I can imagine the surprise and delight of a theatre full of movie-goers seeing these dramatic stars being goofy on the big screen for the first time.

The bonus features impressed me because, by adding a Bugs Bunny cartoon (in HD!), a wartime short subject, a newsreel, and a trailer, Warner Brothers is recreating a typical night at the movies circa 1943. How I long for the day when these extras were a regular pleasure of the movie-going experience. Today, we all still feel that surge of delight whenever a Disney or Pixar film is preceeded by an animated short. I often ask my students if they know where those beloved Looney Tunes cartoons or Three Stooges shorts were originally shown—before the main feature, of course. 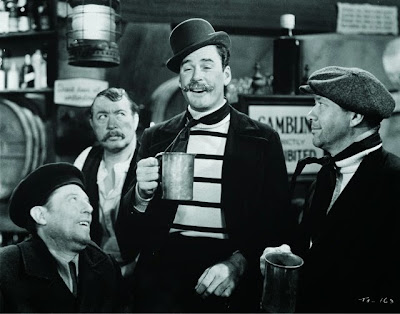 I have repeated this particular movie rant until I am blue in the face, but here goes again: The movies were once special. They were shown in special buildings that looked like churches (this is why I often call Chicago’s Music Box Theatre “the happiest place on earth.”) Theaters presented a whole evening’s worth of entertainment, and everyone loved “the show.” Theaters today are shoeboxes in a mall parking lot, their screens the size of a large business envelope. 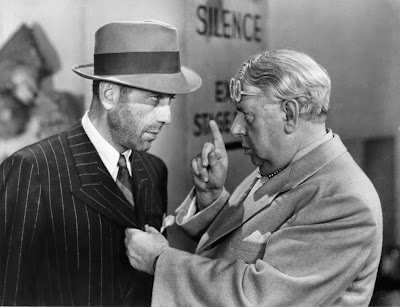 I was happy for the chance, if only for an evening, to recreate the 1940s in my family room. Thanks, John Garfield and Bette Davis. Thanks, Warner Brothers.

Thanks, Greatest Generation, for saving us all from the Nazi horde.