Who needs Rotten Tomatoes when you've got us telling you what to watch? 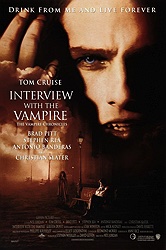 Adam Riske: Interview with the Vampire (1994, dir. Neil Jordan) I'm in a horror kind of mood this week so I'm going to recommend a movie that I used to not like very much but which has grown on me by a large measure over the years. I think Interview with the Vampire works much in the same vein as Francis Ford Coppola's Bram Stoker's Dracula. The production design is second to none and it's effective in casting a distinct mood - both sad and unsettling at once. The performances vary in quality, but especially good is a young Kirsten Dunst, who steals many scenes from her older co-stars. If you haven't seen this one in a while, give it a re-watch. You might end up liking it more than you remember. 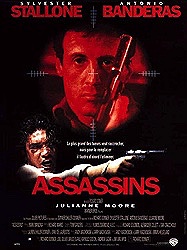 Heath Holland: Assassins (1995, dir. Richard Donner) I've been on a big-time Sylvester Stallone kick lately, and I've been blowing through his movies like crazy. I even bought his fitness book, Sly Moves, which led me to the realization that I'm pretty sure Sylvester Stallone is my favorite movie actor. Last week I actually thought, "I should have a marathon of every Stallone movie ever made and then write about it for F This Movie!" I decided not to do that (for now), but you never know what the future holds. In the meantime, I want to recommend Assassins, a movie that is flawed but not without merit. This appeared in one of Patrick's "Heavy Action" pieces a few years back, and he was pretty fair to the film and its shortcomings. I like my action movies to be fun and ridiculous, so the move in the '90s to a more "realistic" action film left me a little cold. Still, there's a lot to like about this, particularly the performances from Stallone, Antonio Banderas, and Julianne Moore. Stallone is definitely doing something different here (for better or worse), and I have to give him props for rolling with the changes the movie industry threw his way. He was the first actor to have a number one movie each decade for five decades, and I think it's because he's able to adapt to a market that is constantly changing. That means appearing in movies like Assassins, which is never going to be on any "best of" lists, but still offers up something different for Sly fans and for people who prefer their action films to be a little less Over the Top. 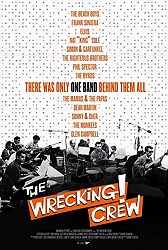 JB: The Wrecking Crew (2008, dir. Danny Tedesco) I first saw this enlightening, entertaining documentary about a year ago on PPV and, damn, if it hasn’t stayed with me. “The Wrecking Crew” was an informal group of studio musicians who, based on the evidence in this film, played on every single hit single of the 1960’s, at least that is the way it seems. Directed by Danny Tedesco, whose Dad was a legendary guitarist and Wrecking Crew member, the film is a love letter to his late father, but never sinks into sadness or easy sentiment. Watching this film made me happy that so many original members are still alive to be interviewed but also made me sad to think of how many documentaries will never be attempted because their subjects didn’t live long enough until talented filmmakers wanted to tell their stories. 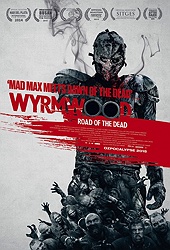 Patrick: Wyrmwood: Road of the Dead (2015, dir. Kia Roache-Turner) As a fan of both Australian post-apocalyptic cinema and zombie movies, Wyrmwood is my kind of Goober Grape. The results are a mixed bag, but it's bloody and goofy and Bianca Bradey is the coolest. I have to admire a movie that has more energy and ideas than it knows what to do with -- it's like a dog eating its own tail all while becoming a bigger and bigger dog. The movie sets things up for a sequel, but it's the rare instance where I'd welcome such a thing. This is a world I'd gladly revisit.
Posted by Patrick Bromley at 12:00 PM