If you've got a Netflix subscription we're here to help. 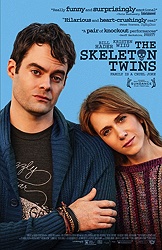 Adam Riske: The Skeleton Twins (2014, dir. Craig Johnson) I really enjoyed The Skeleton Twins when I saw it in theaters last fall but have not thought about it since. Nevertheless, it has some special performances (i.e. maybe their best??) from Bill Hader and Kristin Wiig and even Luke Wilson is good in this. How about that? That almost never happens. The movie is a good blend of comedy and drama and really comes together in one scene where Hader and Wiig bond all over again in a dentist's office. I love that scene. 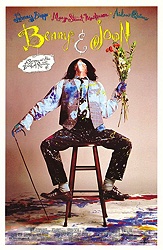 Adam Thas: Benny & Joon (1993, dir. Jeremiah Chechik) On the Breakfast Club podcast, Patrick was talking about movies that you can no longer divorce yourself from and look at objectively. Benny & Joon is one of those movies for me. If I had to make a list of my top 25 movies, there is a good chance I’d have this one on there. Mary Stuart Masterson plays Joon Pearl (who is mentally disabled, although they never say with what) who falls in love with Sam (played by Johnny Depp), a rather unusual guy obsessed with movies, in particular Buster Keaton movies. I can’t really say Benny & Joon is doing anything spectacular or even different from the norm; all I know is this movie makes me happy every time I watch it. Probably the best thing I can say about it is that Benny & Joon pulls off the “Silly Rom-Com” ending without ever feeling too silly. Johnny Depp outdoes himself by flawlessly recreating some bits made famous by Buster Keaton, and you get to sing along twice to the ever catchy “I’m Gunna Be (500 Miles).” Scottish style. 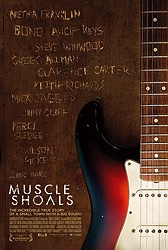 Heath Holland: Muscle Shoals (2013, dir. Greg "Freddy" Camalier) I just wrote a full "Heath Holland On..." about my feelings pertaining to this documentary, but neglected to mention that the film is currently streaming on Netflix. It offers a great way to learn about a very important time and place in popular music history by the people who were there. Added incentive: it also provides you with the opportunity to hear my native accent in action! I could just sop this movie up with a biscuit, y'all. 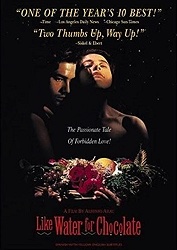 JB: Like Water For Chocolate [Como Aqua Para Chocolate] (1992, dir. Alfonso Arau) I have many delightful memories of this groundbreaking film. Directed by Alfonso Arau (General Mapache’s flunky Herrera in The Wild Bunch and El Guapo in Three Amigos!), It was, for a time, the highest grossing foreign language film in America until Mel Gibson’s fun romp, The Passion of the Christ, knocked it off its perch. The film concerns young Tita (Mexican soap-opera star Lumi Cavazos) who learns to channel her frustrated passion for a forbidden love into her cooking with sexy and hilarious results. This film was an introduction to “magical realism” for many in its American audience, and it was a box-office sensation around the world. Back when the film was originally released, a teacher friend and I hosted a monthly foreign film screening and discussion series at five area libraries. Most of the films we chose were older, but the month we screened Like Water For Chocolate, it was still in theaters-- and our crowds were immense. That film yielded some of the better audience conversations we led as well. The book, which I also recommend, features the actual recipes from the film. Read the book, follow the recipes carefully, and you can win your true love’s heart*.

*winning of hearts not guaranteed. 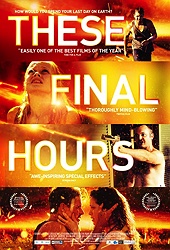 Patrick: These Final Hours (2014, dir. Zak Hilditch) Credit to Chaybee for turning me on to this Australian apocalyptic drama starring Nathan Phillips (Snakes on a Plane) as a fuckup who tries to find some redemption during the last day of human existence. There are echoes of Seeking a Friend for the End of the World (also on Netflix Instant!) in the episodic nature and the unrelenting bleakness of the story being told, but this one is way less concerned with jokes and romance and is much darker and nastier. It's also very beautiful and haunting. Not an easy watch, but worthwhile.
Posted by Patrick Bromley at 12:00 PM